Maya Angelou And Sally Ride To Be On The Quarter: It Makes Cents

The newly minted American Women Quarters Program has chosen the first women they will feature on the American quarter. In January 2022, poet and Civil Rights activist Dr. Maya Angelou and astronaut Dr. Sally Ride’s faces will be featured on the reverse side of circulating quarters.

Between 2022 and 2025, the American Women Quarters Program will highlight up to 20 different groundbreaking women in American history. 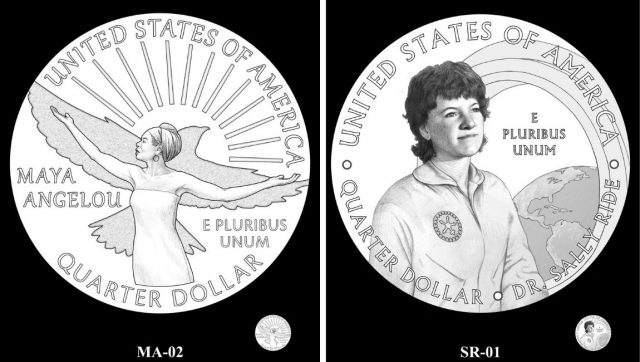 In 1979, the United States Mint introduced the Susan B. Anthony $1 coin to honor Anthony’s involvement in the women’s rights movement. This coin marked the first time a portrait of a real woman was featured on U.S. currency.

The Treasury Department hoped that the Susan B. Anthony $1 coin would replace the $1 bill, but it was commonly mixed up with the American quarter and quickly fell out of circulation. 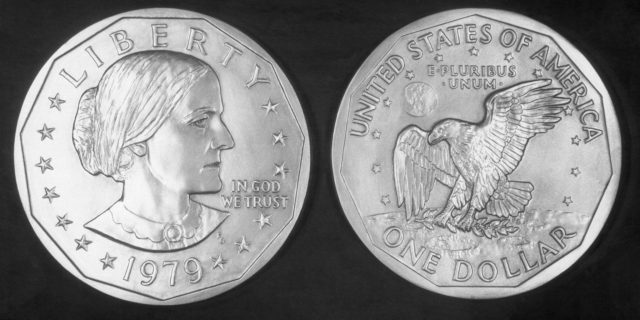 Front and back of the Susan B. Anthony dollar, circa 1979.
(Photo Credit: Bettman / Getty Images)

In 2000, the United States Mint introduced the Sacagawea dollar as a replacement for the Susan B. Anthony dollar. The coin depicted the face of Sacagawea, who was a member of the Shoshone tribe and a guide of the Lewis and Clarke Expedition, carrying her infant son Jean-Baptiste on her back.

Large corporations such as Walmart and Cheerios heavily marketed this coin, but it never gained any major popularity with the American public. 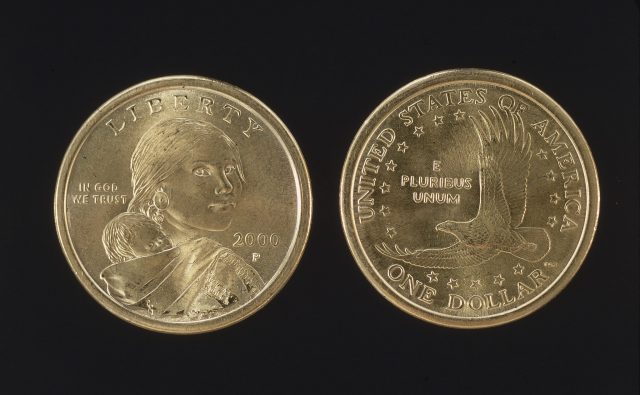 Front and back of the Sacagawea dollar, circa 2000.
(Photo Credit: Blank Archives / Getty Images)

In 2003, Alabama issued its state quarter depicting Helen Keller. This coin was part of the 50 State Quarters Program, which was a commemorative program featuring unique designs specific to each American state. The Alabama quarter depicts an image of Alabama native Helen Keller with her name in English and in a reduced-sized version in Braille. 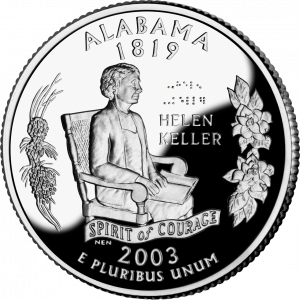 These three women — Susan B. Anthony, Sacagawea, and Helen Keller — are the only women to be featured on legal U.S. currency. The United States Mint, which is responsible for producing all coinage in America, was set up in 1792. 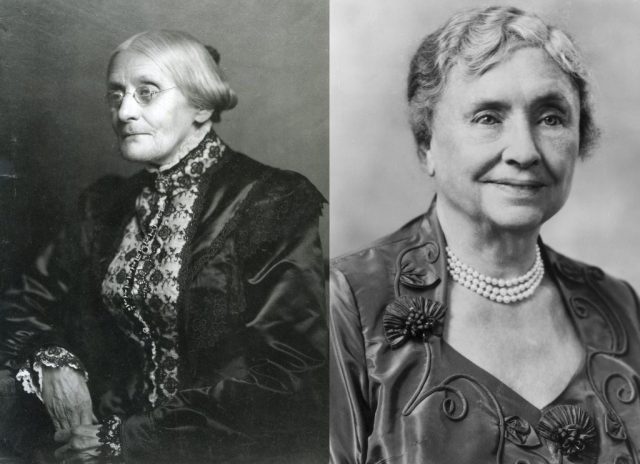 California Representative Barbara Lee, who has been working on the legislation for the American Women Quarters Program since 2017, told The 19th News that she is excited to see more women featured on American currency: “I wanted to make sure that women would be honored, and their images and names be lifted up on our coins. I mean, it’s outrageous that we haven’t.”

On January 13, 2021, the president signed the Circulating Collectible Coin Redesign Act of 2020. This bill impacts essentially every circulating coinage denomination, from penny to dollar, over the next nine years. 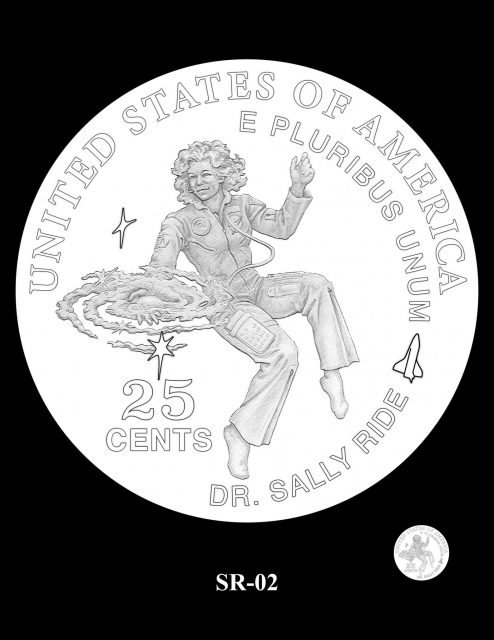 The American Women Quarters Program is the first part of the Circulating Collectible Coin Redesign Act of 2020. It is a four-year program that looks to celebrate the accomplishments and contributions made by women to the development and history of the United States.

Between 2022 to 2025, the United States Mint will issue up to five new reverse (tails) designs each year. This means that up to 20 different American women will be featured on quarters in the United States in the next five years. The quarters’ obverse (heads) side will feature a new design of George Washington.

The United States Mint is looking for American women from a wide spectrum of fields, including suffrage, civil rights, abolition, government, humanities, science, space, and the arts. However, the law requires that no living woman be featured in the coin designs. 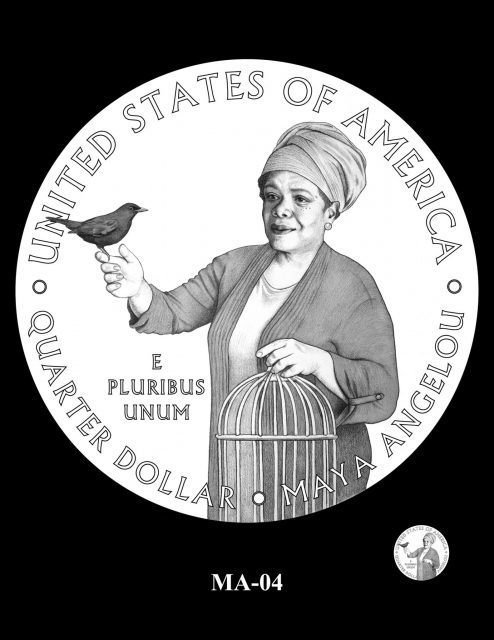 The American Woman Quarters Program hopes that the public will become involved and get excited about the selection process. Lee thinks that this program is “a good organizing tool that communities should use, and have children kind of tell stories and do their research and come up with who they think the women submitted should be.”

Maya Angelou and Dr. Sally Ride have been chosen as the first women to be featured on the American quarter. In January 2022, quarters featuring their faces will be in circulation throughout the United States.

Dr. Maya Angelou (April 4, 1928–May 28, 2014) was best known as an author, poet, and Civil Rights Activist. She is the author of more than 30 books and has received more than 50 honorary degrees. Her highly influential 1969 autobiography I Know Why the Caged Bird Sings became a national bestseller and was nominated for a National Book Award in 1970. During the 1960s, she worked with both Martin Luther King Jr. and Malcolm X. 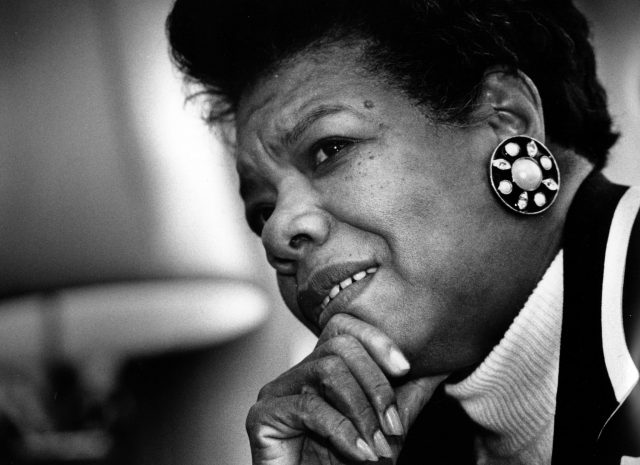 In 1993, Angelou read her poem “On the Pulse of Morning” at former President Bill Clinton’s inauguration. In doing so, Angelou became just the second poet in history to read a poem at a presidential inauguration, and the first African American and woman to do so. Her audio recording of the poem ending up winning a 1993 Grammy Award for the Best Spoken Word category. She passed away on May 28, 2014, at age 86. 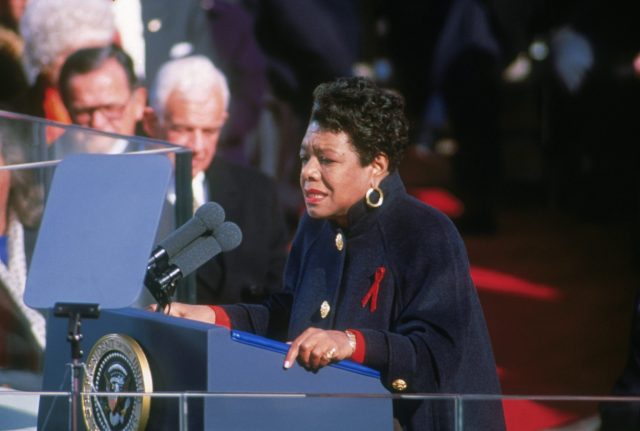 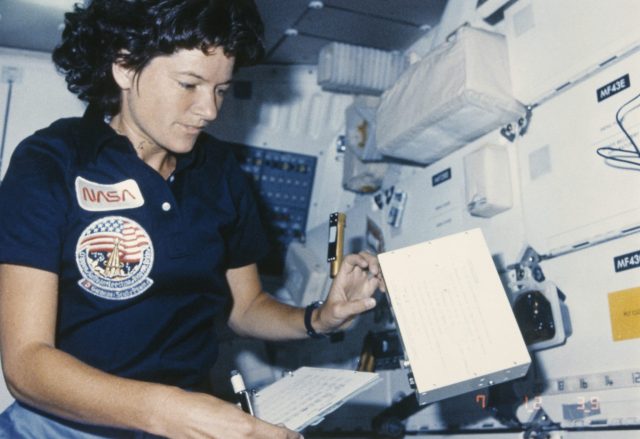 In 1987, Ride retired from NASA and became a physics professor at the University of California, San Diego, and the director of the California Space Institute, also located at the University of California. In 2001, she started her own company called Sally Ride Science to create educational resources and programs and to inspire girls and young women to pursue their interests in science and math. Sally Ride passed away on July 23, 2012, after a 17-month battle with pancreatic cancer. 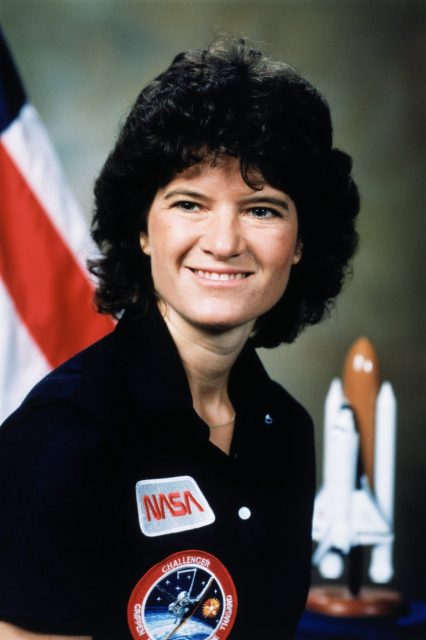 Five different designs have already been proposed for both the Maya Angelou and Sally Ride quarters. You can view the rest of these designs here. If you’re interested in submitting a female candidate to appear on an American quarter in the next four years, you can do so by filling out this form.

Both Maya Angelou and Sally Ride posthumously have received the Presidential Medal of Freedom, the highest civilian award in the United States.