How A Cat Food Company Is Helping Save Coral Reefs

Coral reefs are one of the world’s natural beauties. But scientists estimated that 90% of the world’s reefs will be gone by 2043 unless we take action now. One company to take up this call to arms is a slightly unexpected one: Sheba, a manufacturer of cat food.

As well as looking beautiful and providing homes to thousands of marine animals, coral reefs also act as a buffer between the coast and waves. Their existence can reduce storm damage and prevent coastal erosion. On an economic level, they provide jobs, recreational activities, and a source of food for coastal communities. 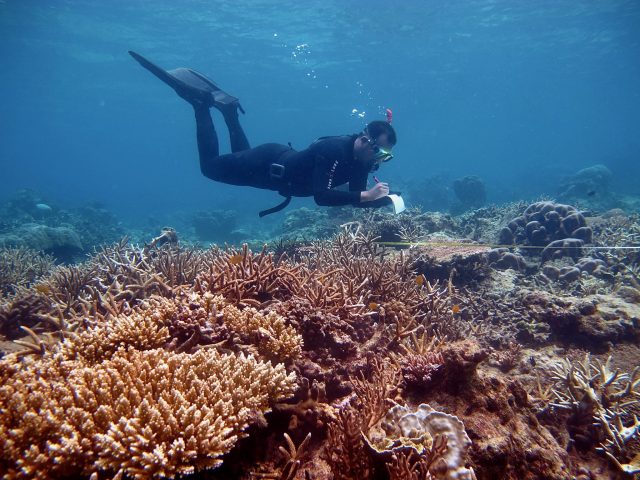 Coral reefs face a variety of threats from the modern world. Coal mining and blast fishing can damage the structure of a reef, while pollution from sunscreen, paint, and inland mining can introduce toxic chemicals into the environment.

The main method used to expand and regrow devastated coral colonies is a method called fragmentation. Up to 75% of an existing coral reef is divided up into small fragments, which are then grown into new, independent coral colonies that are genetically identical to the host colony.

To raise awareness as well as indicate how positive change can happen within our lifetime, the organizers chose to design the project to spell out the word “HOPE.” The project is so large that it can be seen on Google Earth. 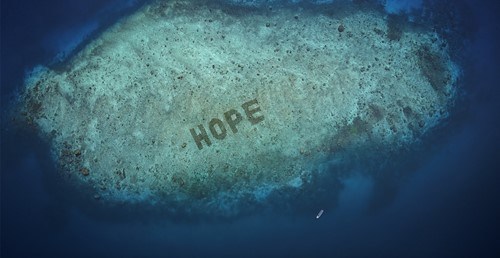 Speaking to the BBC, marine scientist Professor David Smith, Chief Marine Scientist of Mars Inc. described how hexagonal steel structures called reef frames (or reef stars) are placed on the seabed. Underwater, they are connected by divers before coral fragments are attached to them. The stars are handmade by the local community, and the whole project brings together people from many walks of life. 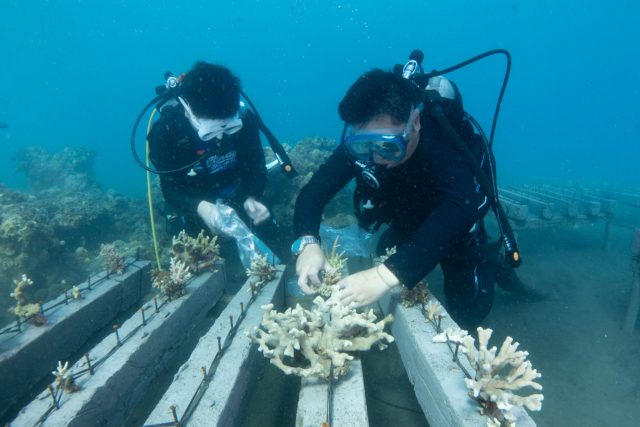 In a press release for the project, Dr. Elizabeth McLeod, the Nature Conservancy’s Global Reef Systems Lead, said: “Coral reefs are the heart of our oceans, supporting over a quarter of marine life. Reefs also supply millions of people worldwide with food, livelihoods, life-saving medicines, and protection against storms.

“It’s imperative that we scale up our work to protect and restore the long-term health of these vital ecosystems, as well as addressing the threats that have caused their decline and building their resilience to a changing climate.”

Cat food to the rescue!

While the project is run by The Nature Conservancy, the funds are provided by Sheba, a company owned by Mars Inc.

Craig Neely, Vice President of Marketing at Mars Petcare, is quoted as saying: “We know how much cats love fish, and it’s important to provide all our family members the high-quality, nutritious food they crave. But that shouldn’t have to come at the expense of our oceans. We are committed to doing our part to ensure our future has fish, and Hope Reef is our first step in doing so.”

Although the project was only unveiled to the world at the beginning of May 2021, it had been ongoing for two years. During this time, the amount of coral cover has risen from 5% to 55%. As the coral becomes home to fish, other animals within the coral reef food chain, such as sharks and turtles, are also attracted to the area. 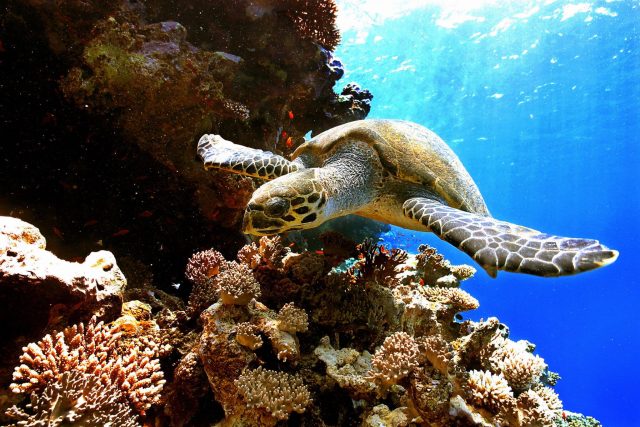 To help raise awareness of the campaign, Sheba has created a dedicated YouTube channel for the project.

At the time of writing, there are seven videos available. The first video is entitled “The Film That Grows Coral,” but the channel also has a video entitled “Watch Soothing Coral to Grow Reefs,” which is 2 hours and 16 minutes long.

Through a partnership with The Nature Conservancy, every viewing helps to raise money for the project through advertising. This is the first time that 100% of YouTube advertising revenue has been used for sustainability efforts.

To play your part in helping to regrow the coral reefs, check out Sheba’s dedicated YouTube channel.

A film entitled “Why is a Cat Food Brand Restoring Reefs?” provides further insight into Sheba’s motivations for committing to this project. In addition to changing its own supply chains, Sheba wanted to play an active part in protecting the planet for future generations.

More from us: Vesuvius Remains Identified As Heroic Rescue Mission By Pliny The Elder

It hopes to ensure a sustainable fish future not just for our cats, but for the billion people who depend on coral reefs for their livelihoods, “Because more coral today means more fish tomorrow.”

In a press release for Sheba, Professor Smith states: “We hope our efforts inspire others to join us so we can all play our part in helping to prevent the extinction of our coral reefs.”

« Did Self-Help Become A Thing Due To 19th-Century Radicals?
The Grapes Of Ruff: John Steinbeck Wrote A Werewolf Novel »