Did Vikings Use Crystals To Navigate The High Seas?

Vikings navigating the high seas using crystals? It sounds like something from a fantasy novel…but it might just be true. Viking sunstones may have been used to navigate the open seas, even in bad weather.

No conclusive evidence exists, though such a crystal appears to have been part of Viking folklore. The Saga of King Olaf is cited as an example by History in 2018. The name the Vikings used was sólarsteinn (“sunstone”) and they were supposedly employed in clouded and fog-laden conditions.

Yet the Vikings reportedly held sway over the North Atlantic between 900–1200 AD. The Saga of King Olaf was written by Henry Wadsworth Longfellow in 1863, long after the last Norse drum had been beaten.

Crystals had a polarizing effect on Viking seafarers

If a crystal came in handy on a long sea voyage, then how exactly did it work?

As mentioned by various sources, the answer lies in polarization. Which is what, exactly? Here comes the science. Or rather, a Viking reliance on nature that predates the invention of the GPS and even the compass! 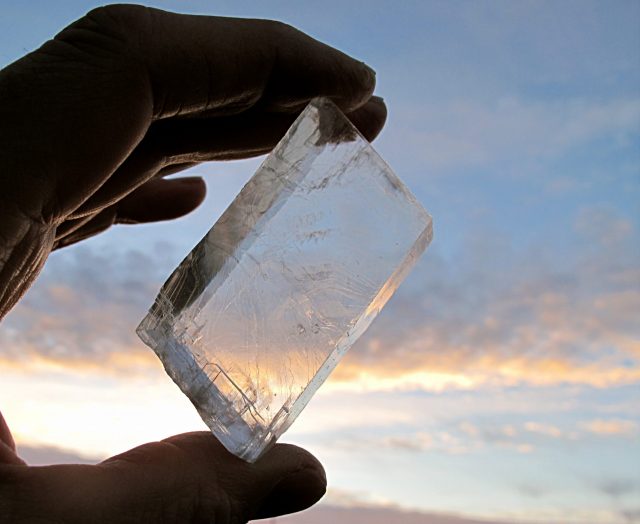 History writes: “As sunlight passes through the atmosphere, it forms polarized rings, with the sun itself at their center.”

Phys.org, also covering the subject in 2018, states that certain crystals “split sunlight into two beams even when it is cloudy.”

Turning the crystal to the right position meant it wound up “splitting the two beams at the same brightness,” which would enable the Norsemen to guide themselves by the polarized solar rings.

What exactly were Viking sunstones? It isn’t crystal clear

Ha—see what we did there? Anyways. These seemingly invaluable chunks of maritime kit let Norsemen see the sun even when it was obscured. But what crystals, if any, worked best for navigation?

History refers to “calcite, cordierite, and tourmaline” as likely candidates. Focusing on calcite in 2011, Science writes about an experiment conducted by physicist Guy Ropars (University of Rennes 1). 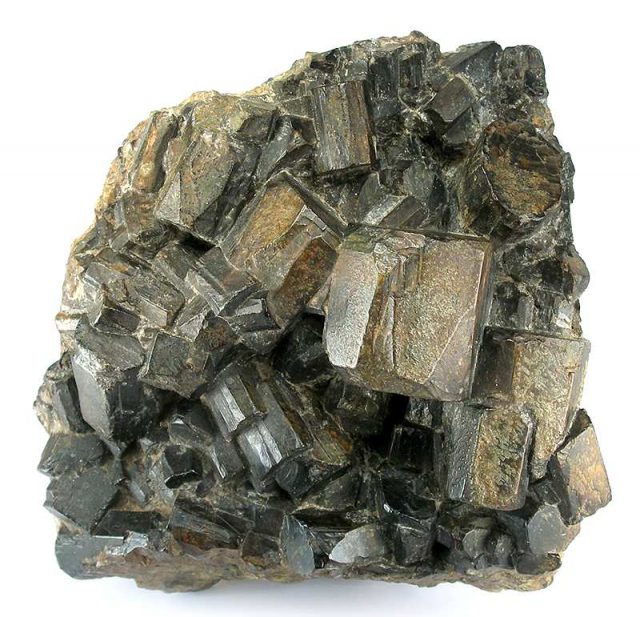 Ropars encased some calcite in a wooden shell that “beams light from the sky onto the crystal through a hole and projects the double image onto a surface for comparison.”

The findings were published in Proceedings of the Royal Society. Ropars and his team weren’t spot-on in their attempts to view the sun’s polarization, but they were only 1% out! Despite the research being conducted on land, it appeared convincing.

At least in a theoretical sense. All experts need now is an actual Viking sunstone to back up the fascinating demonstration.

Interestingly, the presence of a calcite crystal discovered in the 16th-century wreck of an English vessel changed perceptions. But the find didn’t appear to be connected to Vikings, unless that’s who English sailors got the idea from.

A more up to date approach came via Dénes Száz and Gábor Horváth from the ELTE Eötvös Loránd University, Hungary. They tested the crystal theory without so much as getting their feet wet.

It was all done on a computer, with simulated voyages giving them the data they needed. The materials, boats, and mariners were all virtual. The simulation was run a beard-lengthening 36,000 times.

They released their findings in the peer-reviewed Royal Society Open Science journal. The results showed that a cordierite crystal appeared to deliver accuracy in the 90–100% range.

All these experiments hinge on an assumption about what Vikings did at sea, during an age where eyes worked overtime instead of instruments.

It was straightforward enough to travel when the sun was out and the sky was clear. As mentioned by History, sun compasses made fairly light work — quite literally — of voyages in good weather.

In 2012, Science Nordic outlined some of the ways Vikings got from A to B in a maritime sense. Written narratives and rhymes pointed warriors in the right direction before maps.

Seeing the right bird also proved crucial: “If for instance they had long since passed the Faroes and saw a particular terrestrial bird,” the site writes, it “could be a sign that they were near Iceland.”

More from us: Canoe Found In Florida Is 1,000 Years Old And Nearly Fell Apart

Were Viking sunstones a real tool the Vikings used to find their way? Or is this fanciful thinking, in an attempt to bling up ancient history? Perhaps one day historians will find their way to the truth.