The mystery of Australia’s Somerton Man has fascinated the world for decades. Numerous efforts have been made to unearth his identity, and it would appear we might finally have the answer, thanks to a professor at the University of Adelaide and the co-founder of the DNA Doe Project.

On the morning of December 1, 1948, two teenagers were horseback riding on Somerton beach, just south of Adelaide, Australia, when they came upon a man who appeared to be napping against the seawall. However, when they passed by him again, they knew something was wrong.

Police were called to the scene, where they found the man deceased, dressed in a neatly pressed suit with its tags removed and a half-smoked cigarette on the collar. When the body was taken for examination, the coroner found an enlarged spleen and internal bleeding, but no visible signs of trauma or poisoning. 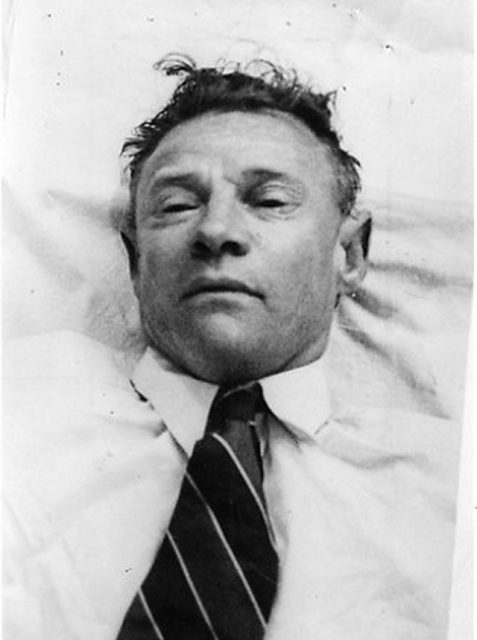 Given the lack of evidence on the body, the coroner was unable to determine a cause of death, other than it being unnatural. An inquest was held just a few days after, where coroner Thomas Erskine Cleland suggested the cause of death to be a potent poison, such as digitalis or ouabain, which became undetectable in the body.

Police immediately got to work trying to ID their John Doe. Numerous witnesses came forward to say they’d seen him lying on the beach the previous night, but no one approached him or called for help, assuming everything was okay.

As he had no ID, investigators turned to trying to identify him through his fingerprints, but they weren’t in national databases. Theorizing he wasn’t from Australia, as he had a “British appearance” and was wearing American clothes, they sent his prints to various English-speaking countries. No one had any record of him, with FBI director J. Edgar Hoover personally informing Australian authorities of the negative results. 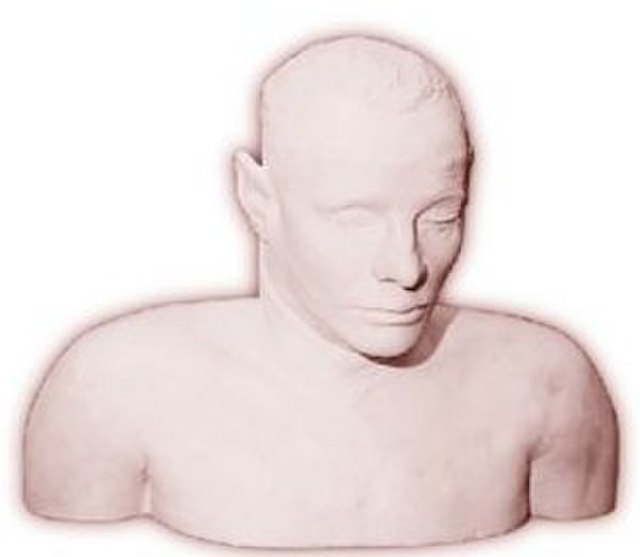 In January 1949, a suitcase was discovered in the cloakroom of the Adelaide Railway Station. It was determined to belong to the Somerton Man, who’d dropped it off the day before his body was found. Within it was more label-less clothing and various personal effects. While the names “Keane” and “Kean” were noted on some of the items, it was determined they were written in an attempt to purposefully obscure his identity.

Incoming train records showed he’d likely traveled by overnight train to Adelaide via Melbourne, Port Augusta or Sydney. He’d purchased a 10:50 AM ticket to Henley Beach for the next day, but he never made it. Instead, he took a bus to Glenelg, only a short trip away from Somerton beach.

While investigators were now aware of his movements, they still didn’t know who he was.

A clue was discovered in April 1949. A new examination of the clothes the Somerton Man had been wearing showed the existence of a secret pocket in his waistband. Within it was a piece of paper with the typed Persian phrase “Tamám Shud,” which translates to “the end” or “finished.”

The paper was ripped from a copy of the Rubáiyát of Omar Khayyám, a book of 11th-century poetry. After reading about the find in the newspaper, a businessman came forward with the book in question. He claimed it had been thrown into the backseat of his car on November 30, 1948, while he was parked at Somerton beach.

The book offered detectives further clues, as the back page featured a handwritten code and a phone number. Despite many attempts to break it, the cipher was never cracked, with the Australian Navy admitting it’s virtually unbreakable. 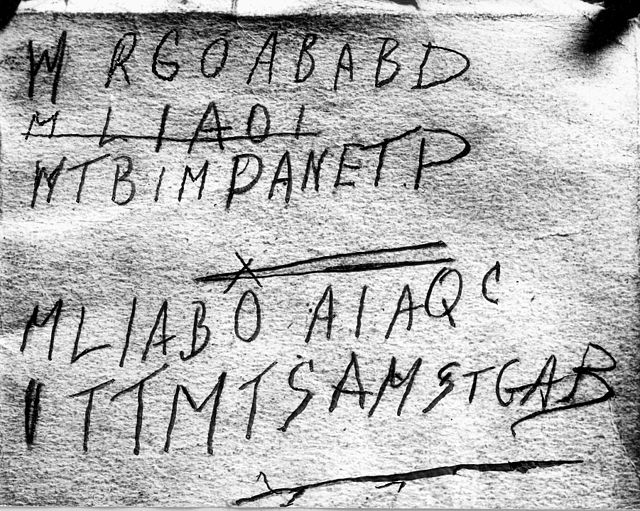 Code discovered in the back of the Rubáiyát. (Photo Credit: Australian Police / Wikimedia Commons / Public Domain)

The phone number, on the other hand, proved more fruitful. It belonged to a 27-year-old nurse named Jessie “Jo” Thomson, who happened to live just a few hundred yards from Somerton beach. When approached, she admitted to owning a copy of the book, but that she’d given it to an acquaintance named Alfred Boxall. He still had it in his possession when police visited him.

Believing Ms. Thomson knew more than she was letting on, investigators showed her a plaster bust of the Somerton Man’s face. While she reacted in a distraught manner, she claimed to have never seen him before.

The mystery surrounding the case has led to much speculation surrounding his identity. Some believe he was a spy, while others feel he was killed by Russian spies or Ms. Thomson.

The argument regarding his supposed espionage work primarily revolves around the obvious attempts made to conceal his identity and the code written in the Rubáiyát. Others also cite the location of two areas near Adelaide that were of interest to the Russians: the Woomera Test Range and the Radium Hill uranium mine. 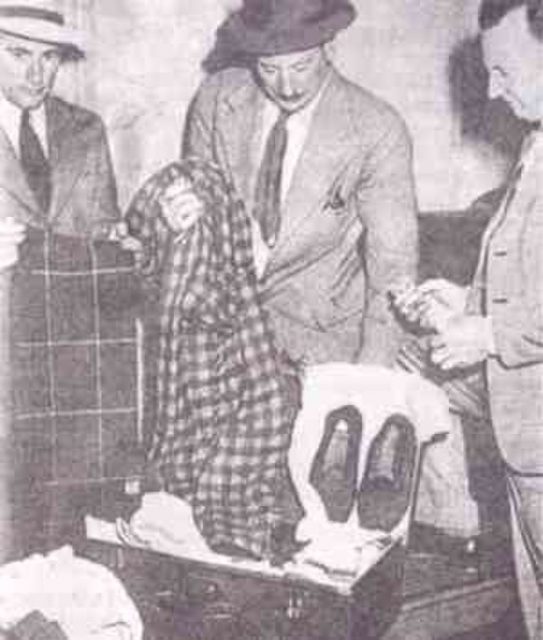 A 60 Minutes interview with Ms. Thomson’s daughter worked to spur the suspicions surrounding her mother’s alleged spy connections. She’d heard her mother speaking Russian whilst on the phone, despite never revealing how she learned the language, and she spent time teaching Russian immigrants how to speak English. Her daughter also claimed her mother admitted to knowing the Somerton Man’s identity, but refused to name him.

Despite the allegations against Ms. Thomson, investigators were unable to uncover any evidence that she was involved in Russian espionage activity.

An engineering professor named Derek Abbott believes the Somerton Man was involved in a romantic relationship with Thomson. Records show she’d given birth a year before his body was found, despite being unwed. Images of the child, named Robin, show he and the deceased shared an ear anomaly and missing incisors. Both are genetically inherited.

Abbot was given access to the plaster bust in late 2018 and discovered three hairs. He met up with Robin’s daughter, whom he eventually married, and obtained a DNA sample. While he hoped they’d confirm his theory, the tests came back as inconclusive.

Somerton man update:
Remains are deeper than first thought & it has been difficult to dig through hard clay which has set the exhumation back by a few hours. Forensics still unsure if there is a coffin & have dug down to just above where they believe the remains are. @9NewsAdel pic.twitter.com/yrNHlbumES

The next plan of action was to exhume the body and attempt to collect the Somerton Man’s DNA. The exhumation occurred in May 2021, as part of Operations Persevere and Persist, which look into South Australia’s historical unidentified remains. They were brought to the Forensic Sciences SA Lab in Adelaide, where scientists were tasked with determining how to best analyze them.

The process is expected to take a while, given the age of the remains. SA Lab director Linzi Wilson-Wilde is worried it might not be possible, as the embalming process performed before his burial could have degraded the DNA.

Has the Somerton Man’s identity finally been uncovered?

While waiting for the official tests results, Abbott began working with American genealogist Colleen Fitzpatrick, co-founder of the DNA Doe Project, a nonprofit working to identify the remains of John and Jane Does. Using DNA sequencing on the strands of hair found on the plaster bust, the pair eventually landed on the name Carl “Charles” Webb.

Webb was an electrical engineer and instrument maker from Melbourne, whose date of death was never recorded. The match to him was made after years of painstaking work to build out a family tree of around 4,000 individuals. Speaking with CNN, he said, “By filling out this tree, we managed to find a first cousin three times removed on his mother’s side.”

He and Fitzpatrick then tested the strands of hair against DNA from one of Webb’s distant relatives, which came back as a match. 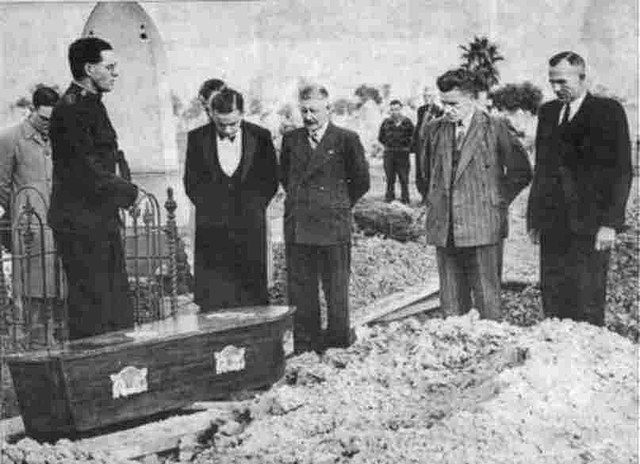 The Forensic Science SA Lab has refused to comment on the news, and the South Australian police have said they’ll provide further information “when results from the testing are received.” If the Somerton Man is indeed Webb, then one piece of this decades-long puzzle may finally be solved. However, questions still remain: just who was he and how did he die?