The tale itself – and its many endings

The story goes that in the late 1200s, the town of Hamelin was besieged by a plague of rats. The villagers tried everything to rid themselves of this pestilence, but nothing worked. 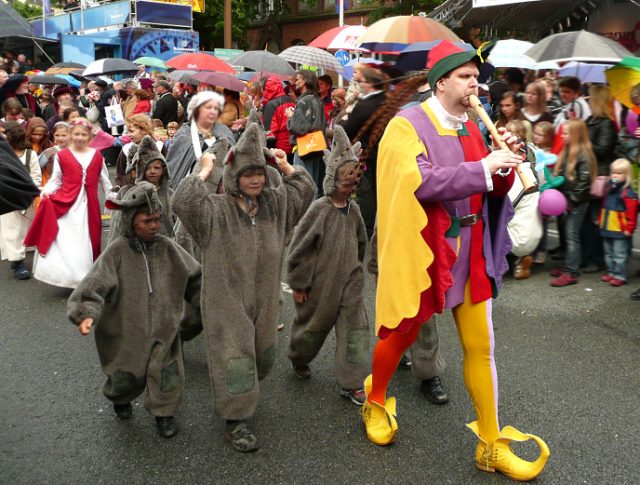 Then a piper entered the town, wearing a pied (multicolored) outfit and promising to get rid of the rats for a hefty sum of money. The townspeople agreed, the Piper played his pipe, and all the rats followed him to the Weser River where they drowned.

However, the mayor tells the Piper that they won’t pay him the full amount or, in some stories, anything at all. The Piper promises revenge and returns on the feast day of Saint John and Saint Paul (June 24), playing his pipe to lure all the children away.

The ultimate fate of the children depends on which version you read. Some claim that they all drowned in the river like the rats, while others say that the children vanished into a nearby hill, never to be seen again. In some versions, the Piper returns the children after the town either pays the full amount or substantially more than they promised him. In many versions, one or two children are left behind (either because they are unable to keep up or can’t hear the music).

Was it based on an actual event?

Legends often have a little bit of truth to them, and the Pied Piper tale is no different.

The earliest town record for Hamelin has an entry from 1384 which reads: “It is 100 years since our children left.” Accounts from the 14th to 17th centuries also mention that around 1300, a stained-glass window was installed in the church, detailing the story. Sadly, the window was destroyed in 1660, so it’s not possible to be certain what tale it told. 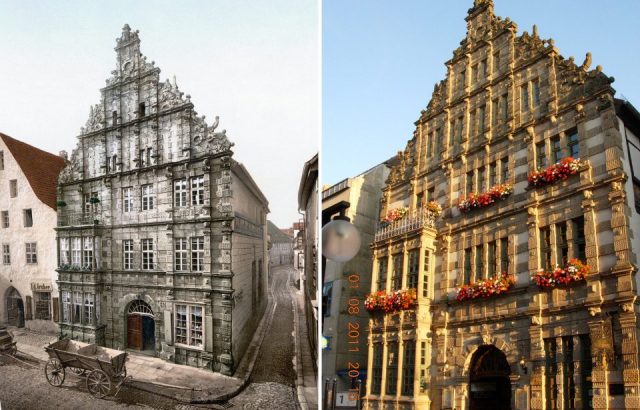 One house in Hamelin called Rattenfängerhaus (The Rat Catcher’s House) was built in 1602 or 1603. It received its name because of an inscription on it that roughly translated as: “In the year of 1284 on the day of Saints John and Paul on 26 June 130 children born in Hamelin were misled by a piper clothed in many colors to Calvary near the Koppen, and lost.”

Clearly, some tragic event happened, but how close is reality to the legend? There’s certainly some research to suggest that the rats were added to the story only in versions from around 1559 onwards. Over the years, various researchers have tried to explain what might have really happened. 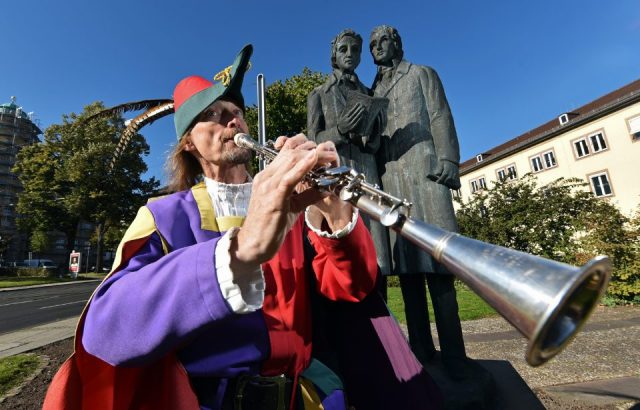 One theory put forward is that the children were victims of dancing mania, a mass psychogenic illness that cropped up during the 13th century. In fact, one incidence is recorded as occurring in central Germany in 1237, where a group of children jumped and danced all the way between two towns, an event that bears a striking resemblance to the Pied Piper tale.

The idea that the children were part of an emigration movement has found support in various camps. Historian Ursula Sautter has noted that bishops and dukes of parts of Germany sent out “lokators” — men who were recruitment officers encouraging young adults to move to parts of Eastern Europe that had been devastated by war and needed new settlers. What lends some credence to this theory is that surnames common to Hamelin also appear in and around the Prignitz and Uckermark area of Germany, north of Berlin.

Today, the town of Hamelin has a population of around 56,000, and “the Saga” of the Piper is commemorated by the town in various different ways. 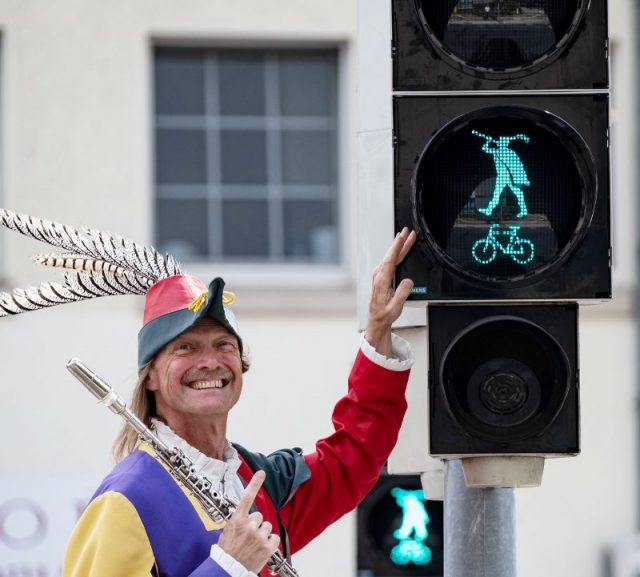 The legend is reflected in much of the architecture. The Rat Catcher’s House is now a restaurant with a Pied Piper theme. Two themed fountains have been erected. One dates from 1975 and shows children following a piper; the other was unveiled on June 23, 2001, and shows the rats. The town also has “Rat-Stones,” small bronze plaques set into the streets, guiding visitors on a trail through important locations from the story. 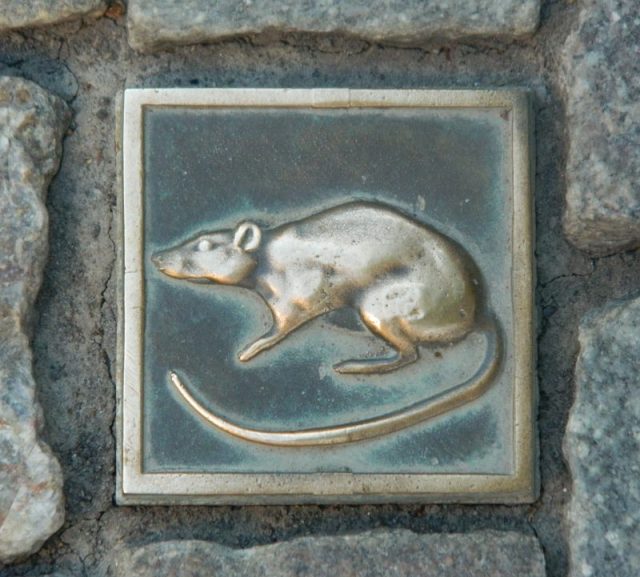 The lost stained-glass window was replaced by another one as part of celebrating the 700th anniversary of the legend. There is also a clock with little figures that come out at set intervals. At 1:05, 3:35, and 5:35, the Piper is seen leading first rats and then children. The Weser River Song is played at 9:35 a.m., and at 11:35 a.m. (the time the Piper is reputed to have arrived in the town), the song of the Pied Piper is heard.

Those wanting a little more in-depth knowledge can visit the Hamelin Museum, which claims to have the largest Pied Piper collection in the world and includes a mechanical Pied Piper Theater.

In summer, the tale is performed free in the Hochzeitshaus-Terrasse (town center) every Sunday, and various tours are offered so that visitors can walk in the shoes of the Piper and those lost children. However, no music or dancing is allowed on one particular street called Bungelosenstrasse (translated to mean “street without drums”) because this is claimed to be the last street where the children were seen. 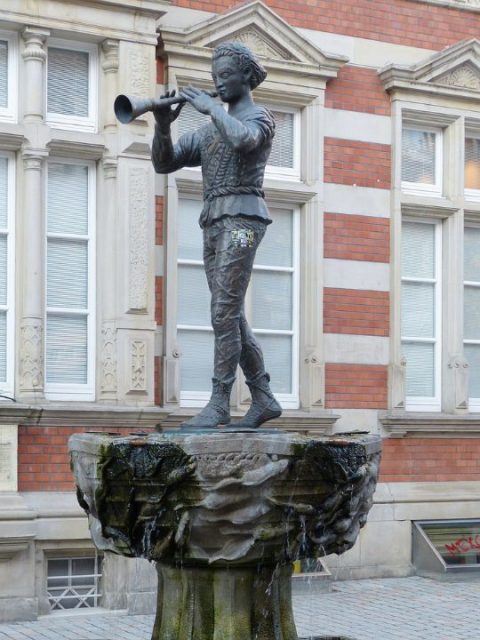 In the Year of the Rat, Hamelin created the Hameln360AR app with a Rat Hunting game. App users can access a wealth of information about Hamelin, and those visiting the town itself can become the Piper and hunt the rats through the streets, earning discounts and bonuses as a reward.

Premiering at the world fair EXPO 2000, the musical RATS is now performed every year in Hamelin. The story is based on the version written by Robert Browning, and the whole tale has been set to music with lyrics by Nigel Hess.

As well as protecting landmarks, UNESCO also protects “intangible cultural heritage,” such as oral traditions, performing arts, and festive events, deeming such things to be “an important factor in maintaining cultural diversity in the face of growing globalization.” After the citizens of Hamelin created a video detailing the importance of the Piper tradition, the Legend of the Pied Piper made it onto the list of Intangible Cultural Heritage of Germany in 2014.

More from us: One Thousand Dormice Given New Homes, Helped By Prisoners

There is even a Hamelin-specific version of Monopoly.

« Harrison Ford Injured During Rehearsals For ‘Indiana Jones 5’
The Lake Michigan Triangle: And You Thought The Bermuda Triangle Was Bad »