Founder Of European Union On The Road To Sainthood

A decree signed by Pope Francis will set one of the founding fathers of the EU on the path toward sainthood. This decree seeks to make French statesman Robert Schuman a possible saint in the Roman Catholic Church. Schuman, who was devoutly religious, died in 1963.

The decree that recognizes the heroic virtues possessed by Robert Schuman is the first step on the long path to becoming a saint. 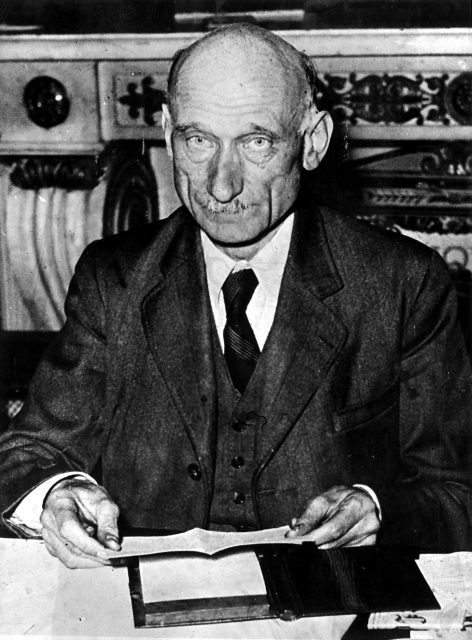 During his time as foreign minister, he developed what is now known as the Schuman Plan (1950), which called for the creation of a single authority to control the production of steel and coal in France and Germany, and would later be opened to other European countries. This plan grew into the European Economic Community in 1957, and the European Union in 1993.

Schuman was a big advocate for Franco-German reconciliation and European unity as a whole. According to the Rober Schuman Foundation, Schuman gained the title “Father of Europe” after the end of his term as President of the European Parliamentary Assembly in 1960. 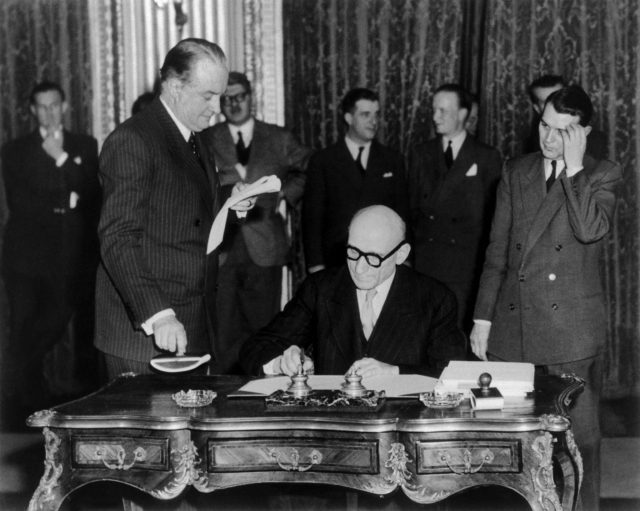 Schuman’s advocacy for peace in Europe and his role in breaking the cycle of European wars has been praised by several popes in past years. Last year, on the 70th anniversary of the Schuman Plan, Pope Francis praised the statesman’s legacy, stating that he ushered in “a long period of stability and peace, which we benefit from today.”

Schuman’s home village of Évrange is part of the Diocese of Metz, which began collecting documentation on Schuman’s behalf in 1990 for his beatification. In 2004, after substantial documentation was compiled, it was sent to the Vatican.

According to Bishop Jean-Christophe Lagleize, the Bishop of Metz, Schuman was a “man of prayer, very attached to daily Eucharist. Even when he was president of the council or on a trip abroad, he tried to go to mass every day. He also prayed the rosary and drew from this prayer and sacramental practice the energy necessary for the service of his country.” 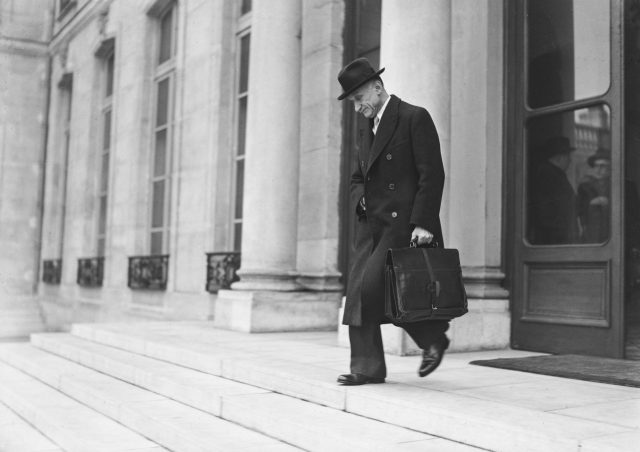 Pope Francis’ approval of the decree this past weekend means Schuman now carries the title “venerable,” — the title given to a person who has posthumously declared “heroic in virtue” during the investigation process leading to saintly canonization. The second step in the canonization process is beatification. To reach this next stage, one miracle needs to be attributed to Schuman.

More from us: Sophia Loren Serenaded By Mayor Of Florence After She Received The Keys To The City

A second miracle normally needs to be accredited to the candidate after they have been beatified as the final step in declaring someone a saint. The Roman Catholic Church defines a miracle as the medically inexplicable healing of a person.