Netflix archaeology drama The Dig captured people’s imaginations during the lockdown, and now it’s giving something back to the legendary Sutton Hoo.

Visitor numbers are up, with thousands wanting to see the Suffolk location where events took place. Stars Ralph Fiennes, Carey Mulligan, and Lily James have helped introduce the fascinating true story to an eager public.

According to BBC News, the site, managed by the National Trust, is “at its 500 people daily capacity every day, with visitors from places including Scotland, Shropshire, and Lincolnshire.” 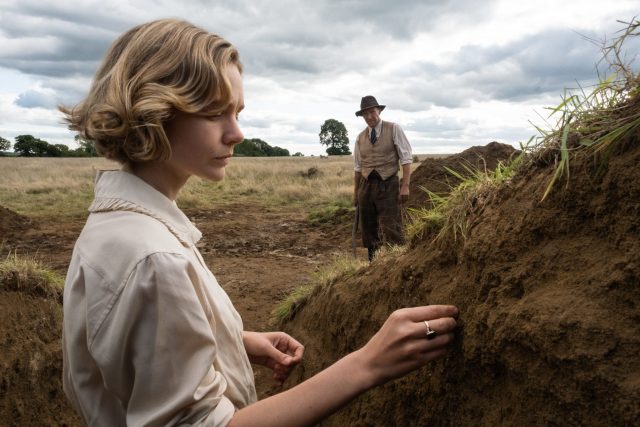 Like many tourist attractions, Coronavirus has impacted this famous patch of land, which first made headlines in the late 1930s. Closures have been inevitable, but the recent influx of history hunters has encouraged the National Trust.

Anyone wanting to see the place for themselves must book in advance, with the area subject to social distancing measures. 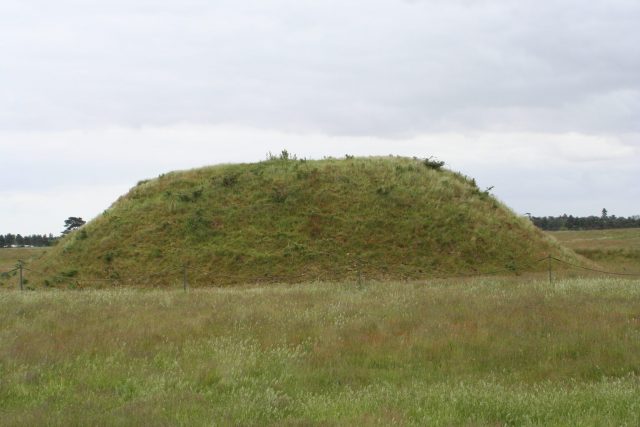 The story of The Dig began in 1938 with Edith Pretty (played in the film by Carey Mulligan). Her countryside property in Woodbridge featured a series of unusual-looking mounds.

Time to bring in the big guns of archaeology. Or rather, self-taught expert Basil Brown (played by Ralph Fiennes). To begin with, the exploration of Sutton Hoo’s mounds was a solo endeavor.

Brown didn’t have a lot of fancy equipment. As Mental Floss wrote, he started excavations with items “from the Pretty household, including a coal shovel and a pastry brush.”

In 1939, the year World War II broke out, Brown and company uncovered a mighty vessel in the earth. 88 feet long and dating back to the Middle Ages, it’s believed to be the burial place of Rædwald, an East Anglian king.

Sadly, any human remains had long since dissolved. But the grave featured a warrior’s clothing, money, and weaponry. In short, items the occupant would need for their journey to the next life. 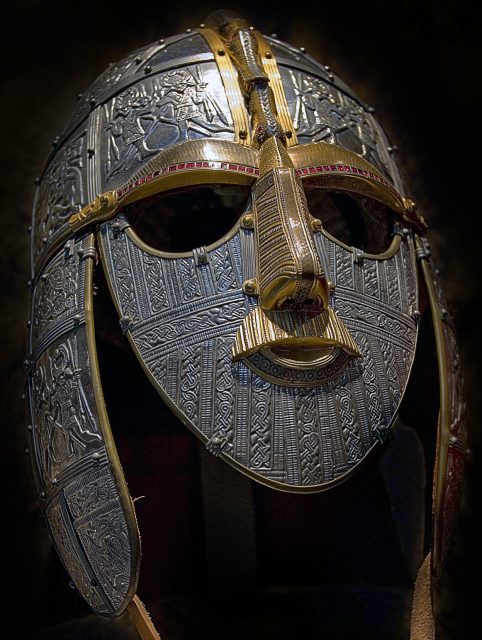 Once the scale of the find became clear, Pretty and Brown found themselves descended upon by big-name experts. Charles Phillips took charge. Ken Stott portrays him in The Dig.

In one scene, Phillips talks about an image of people back then as “marauding barterers.” Sutton Hoo pulled the rug out from under this cozy and patronizing perception. 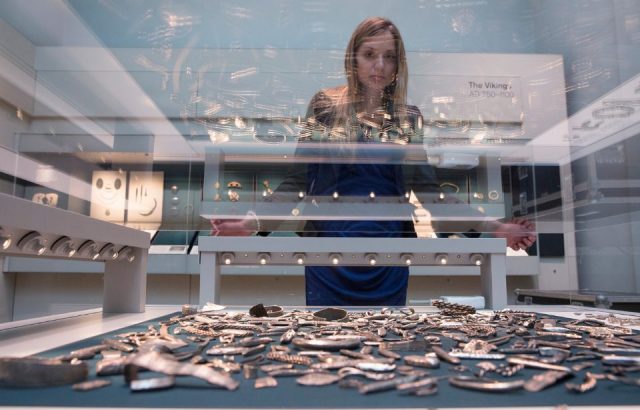 As Heritage Tribune puts it, the find “challenged the way people thought of the Middle Ages at the time: not dark and muddy, but filled with treasure as well.”

The priceless haul can be viewed at London’s British Museum. Meanwhile, at the increasingly popular Woodbridge visitors’ center, people can do things like look at Edith Pretty’s house and check out exhibitions concerning the find.

Netflix’s The Dig is based on a true story, but it’s really a work of fiction

Though it includes certain individuals and events, The Dig movie is based on a 2007 novel by John Preston. 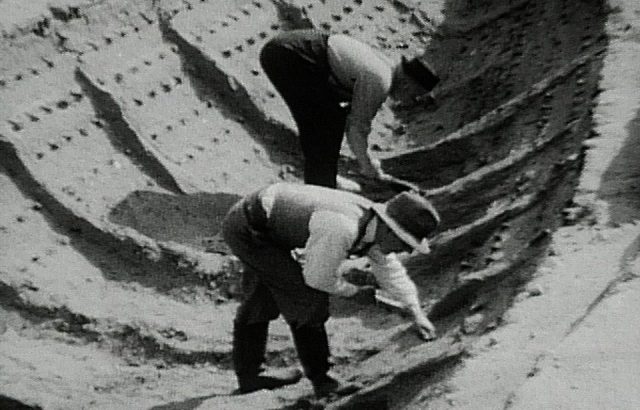 Preston offered a fictionalized version of the Sutton Hoo discovery. However, he is related to excavator Peggy Piggott, so arguably, he had more of an insider view than other writers.

Piggott was played by Lily James in The Dig. The novel highlights how she found gold on the burial site before anyone else. Other parts of the film’s narrative are invented, such as Basil Brown being buried alive by collapsing earth.

From streaming hit to tourist smash, Sutton Hoo is clearly going to be on people’s minds for many years yet.