British kings and queens often had a healthy respect for their predecessors, but Edward I had such admiration for the legendary King Arthur and his values that he had his own Round Table made. Several subsequent kings used this Round Table, and the tabletop now hangs in the Great Hall of Winchester Castle, earning it the name the Winchester Round Table.

The history of Arthur’s Round Table

The origin of the Round Table is almost as mysterious as that of King Arthur himself. Robert Wace was a Norman poet who wrote Roman de Brut in 1155, an expanded translation of the History of the Kings of Britain by Geoffrey of Monmouth. 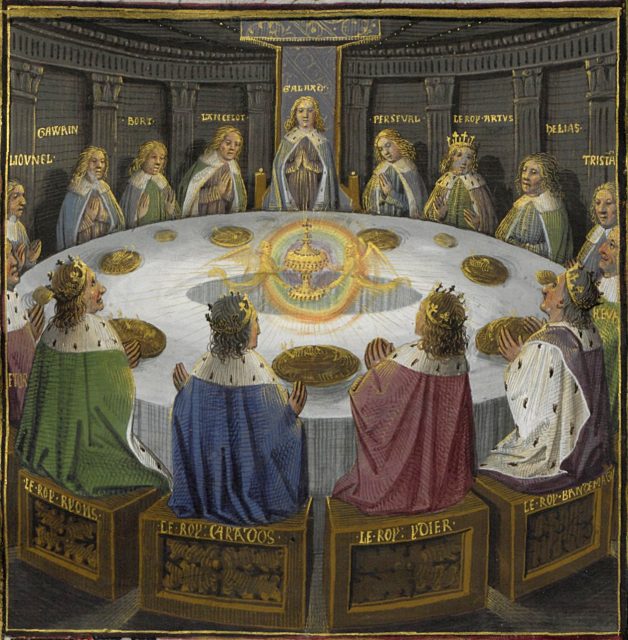 In his poem, Wace states that the Round Table was created by Arthur because an argument broke out among his barons about who would sit where, as a matter of precedence. A round table solved this issue — not even the king would be seated at the head of a round table.

When Layamon adapted Wace’s work in the 13th century, he added in a bit about the knights quarreling at a Yuletide feast. While it’s possible that these poetic ideas came from the Celtic custom of warriors sitting in a circle around their leader, there is also some support to the theory that they took the motif from Charlemagne, who allegedly had a round table with a map of Rome on it.

Later versions had Merlin the wizard creating the table in an imitation of the Last Supper table or Joseph of Arimathea’s silver Grail table. One version suggests that the Round Table was made for Arthur’s father, Uther Pendragon, and it seated 12 people with one empty spot to signify Judas Iscariot’s place. When a pure knight such as Percival or Galahad sat in that empty spot, the knights began their quest for the Holy Grail.

One of the reasons that Arthur and his Knights of the Round Table have remained such popular folklore is because the legend was intimately tied up with the idea of chivalry and the honorable way noble knights should act. 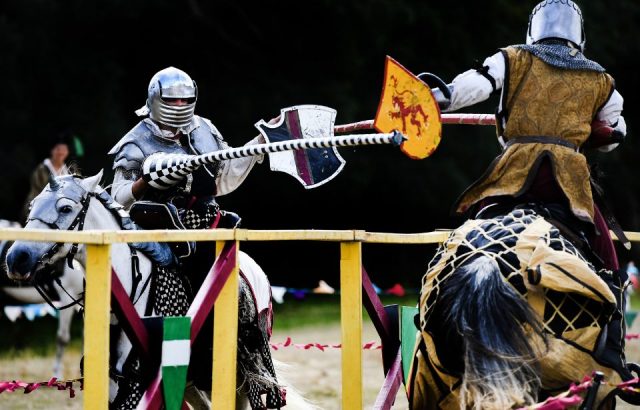 In an effort to emulate the legend, it became popular in the Middle Ages to hold a Round Table tournament as a form of celebration. There would be jousting with blunt weapons, feasting, and dancing. Quite often, people would arrive dressed as one of the legendary knights, such as Lancelot or Tristan.

These tournaments were incredibly popular, with the earliest one recorded being held in 1223. However, American scholar Roger Sherman Loomis noted that not everyone was a fan: “Popes and prelates thundered against these costly, dangerous, and sometimes licentious frivolities, and denied Christian burial to those who took part.”

The Winchester Round Table

Edward Longshanks, who would go on to become Edward I of England, hosted several Round Table tournaments during his lifetime and sponsored many others as well. But for one tournament, he decided to go one step better and create his own Round Table. 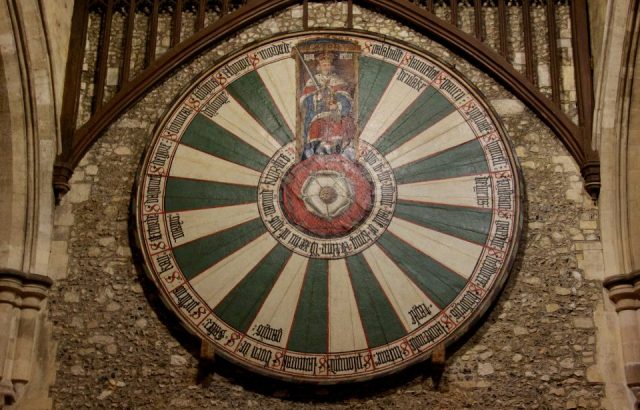 There is no written record of when the Winchester Round Table was created. Using dendrochronology, researchers were able to date the wood to around 1250–1280. Martin Biddle, a British archaeologist and academic, has studied Edward’s financial accounts and suggests that it might have been ordered as part of celebrations held in Winchester on April 20, 1290, to mark the betrothal of one of Edward’s daughters.

Measuring 5.5 meters (18 feet) in diameter and weighing around 1,200 kilograms (2,600 pounds), the table is divided into alternating green and white panels with the name of a different Arthurian knight on each. However, the paintwork is not the original design but was in fact painted by Henry VIII — that is why the king sitting at the top looks like him, and the center has a Tudor rose in it.

As well as being used by Henry VIII, it is known that Edward III held a tournament at Windsor in 1344 and built a large, round structure in which to house this round table. Edward III was so inspired by chivalry that he founded the Most Noble Order of the Garter in 1348.

This order of knighthood is dedicated to Saint George and is awarded for national contribution, public service, or personal service to the sovereign. The Latin motto translates as “Shame on him who thinks evil of it.”

The Winchester Round Table today

When it was in use, the Winchester Round Table would have had 12 legs and a central support to make it into a proper table, but only the tabletop was preserved throughout the years. 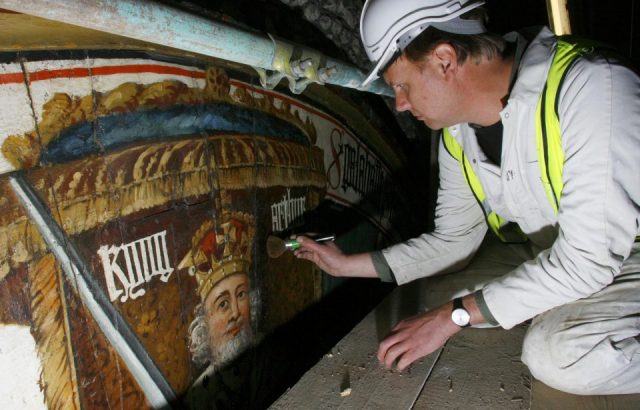 Today, it hangs in the Great Hall of Winchester Castle, which was built by Henry III around the remains of a medieval castle constructed by William the Conqueror in 1067. From at least 1540 (possibly as early as 1348), the table hung on the east wall of the Hall. In 1873, it was moved to the west wall, where it’s still on display to visitors.

More from us: Thomas Young, The Polymath Who Saw The Light And Challenged Isaac Newton

There is a legend that King Arthur didn’t perish but merely fell asleep. He lies in slumber, waiting for the people of Britain to need him again. If he ever does return, then he’ll find a beautiful, well-loved round table ready for him to gather his knights around once more.

« Ham The Astrochimp Was A Hero Of The Space Race — But At What Cost?
Looking For A Legend: Loch Ness Monster Sightings Through The Ages »