9 Historical Dramas With Big Budgets That Still Made Costume Mistakes

Historical epic dramas tend to have huge costume budgets for their productions in order to make the movies as accurate as possible. However, even with large budgets, mistakes are still made with the historical accuracy of outfits appearing in the films. Here are nine major historical dramas that had some significant costume slip-ups that went (almost) unnoticed.

1. The color blue in Ancient Egypt 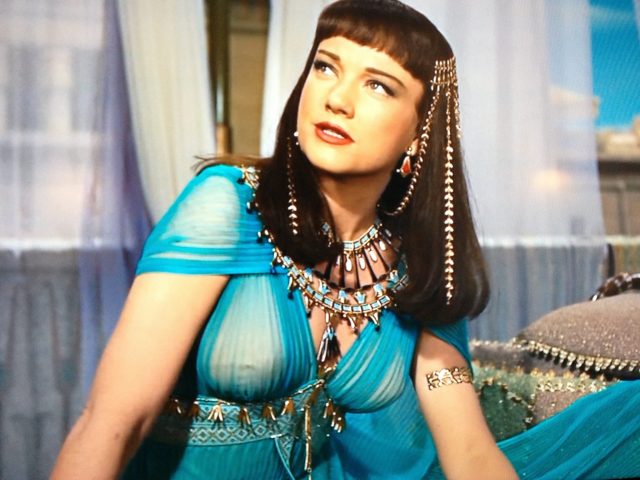 The Ten Commandments (1956) was a religious epic about the biblical story of Moses and, you guessed it, the Ten Commandments. In the movie, actress Anna Baxter played Egyptian queen Nefertiti. Here she is pictured wearing a stunning blue dress with blue and gold jewelry to pull the entire look together.

Although the dress is stunning, the problem is that there would have been no access to blue dye during the time period in which the movie is set. Even when blue dye was available much later, it was only worn by royalty. Although Nefertiti is Egyptian royalty in both history and the movie, it is still too early for the shade of blue she wears. 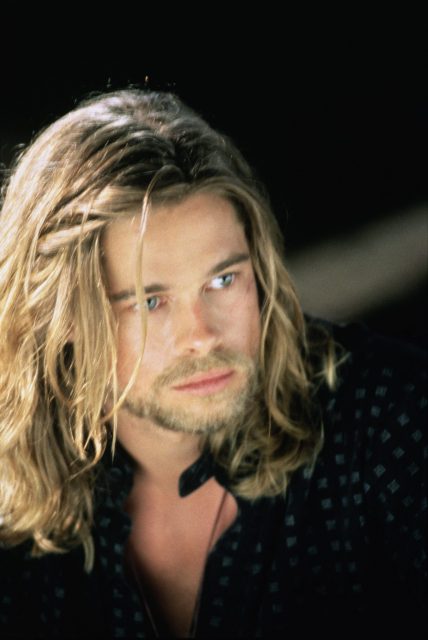 Legends of the Fall is a historical drama starring Brad Pitt. The movie follows a family living in the wilderness of Montana in the early 1900s. Brad Pitt rocks a long hairdo for most of this movie, along with facial stubble. Although he can pull this look off, unfortunately, not many men had long, shaggy hair in the early 1900s. In fact, it would be quite the opposite. Men in this time period were typically clean-shaven with short hair. Brad Pitt looks like he was starring in a movie set in the 1960s, not the 1910s.

3. Peggy Carter’s hair should be pulled up 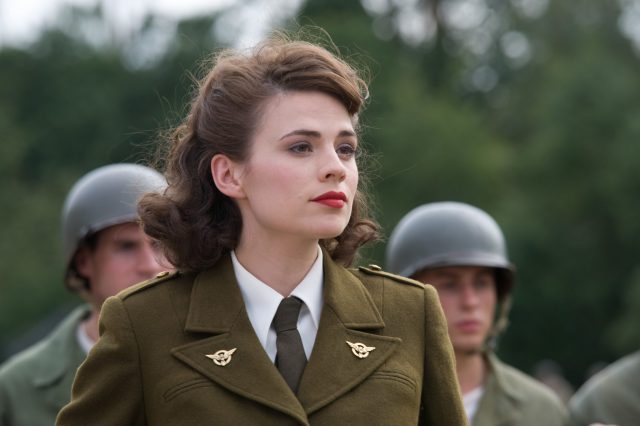 While we certainly appreciate Marvel creating a historical period piece, they should ensure they fact-check all elements of the costumes before the movie hits the big screen. In Captain America: The First Avenger (2011), Peggy Carter (played by Hayley Atwell) is pictured here wearing her hair as many women would during the Second World War.

So what’s the big deal? Atwell’s character Peggy was a member of the United States Army. Female members of the army during the Second World War would have been required to wear their hair up off the collar of their uniform to ensure it did not get in the way. 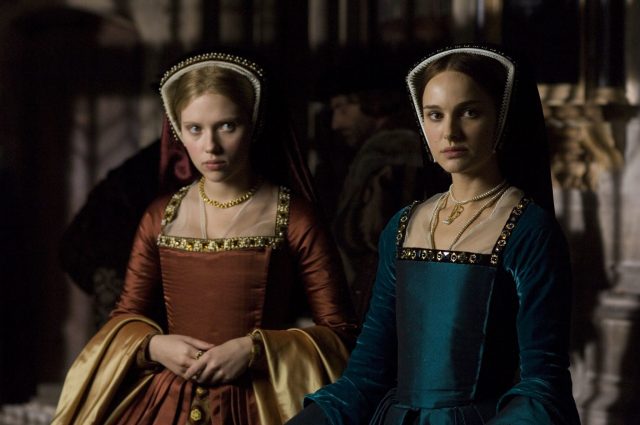 The Other Boleyn Girl  (2008) focuses on a love triangle between King Henry VIII of England (Eric Bana), Anne Boleyn (Natalie Portman) and her sister Mary Boleyn (Scarlett Johansson). The Boleyn girls and other members of the royal court are seen wearing French hoods, which were a popular type of headdress in the 1500s.  However, typically, French hoods would completely cover a woman’s hair, rather than having a bit peek out at the front, as seen here. This mistake is perhaps intentional to allow the viewer to easily tell the difference between Mary Boleyn and Anne Boleyn in the film.

5. Where did the veil go on the French hood? 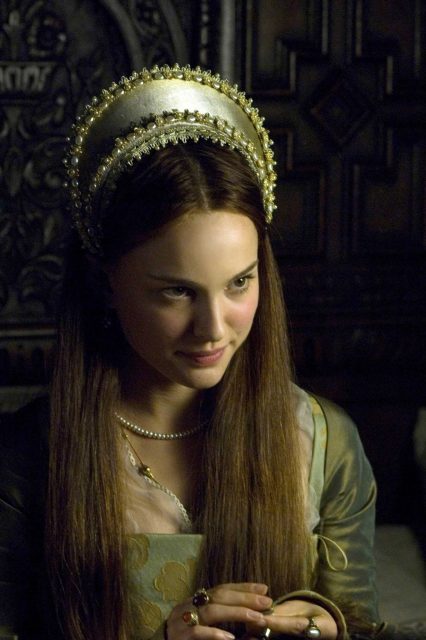 One costume mistake we can’t seem to wrap our head around is the disappearance of Natalie Portman’s veil on her French hood in The Other Boleyn Girl. The French hood always had a veil attached to it, rather than just the headband as pictured here. It was considered scandalous for a woman of rank to have her hair seen in public, hence the requirement of a veil.

6. No such thing as umbrellas in Ancient Troy 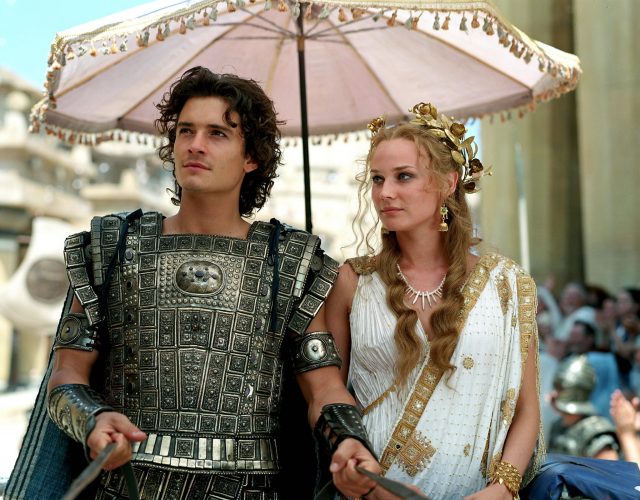 Technically this one, from 2004’s Troy, isn’t a problem with costumes, but a problem with props. Here we see Paris (Orlando Bloom) and Helen (Diane Kruger) being shaded by a pink umbrella upon their return to Troy. We get it — staying out of the sun is important for comfort and skin health. The issue with this shot, however, is that the umbrella pictured here was not invented until the fifth century BCE, which was almost 800 years after the Trojan War occurred. However, the legitimacy of the Trojan War is up for debate, so if the movie is based on a myth we can probably look past the inaccuracy of an umbrella. 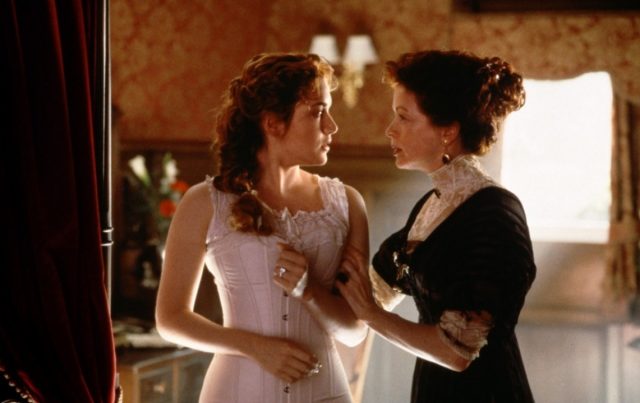 All Titanic fans remember the corset-lacing scene in the movie, where Rose’s (Kate Winslet) mother Ruth DeWitt Bukater (Frances Fisher) explains that their family is broke and Rose needed to marry Cal Hockley (Billy Zane) for his wealth. During this scene, Rose is being laced into her corset so tightly that she occasionally is gasping for air and wincing while she holds onto the bedpost.

While it is true that corsets were a staple in female fashion throughout history, they came in various shapes that created different silhouettes. Many corsets were not tight at all and were not supposed to cause any pain or make women immobile. In fact, by the end of the nineteenth century, physicians were advising females to stay away from tight lacing as it caused a number of different health problems. However, perhaps this scene was included in the movie to act as a metaphor for how Rose felt suffocated socially. 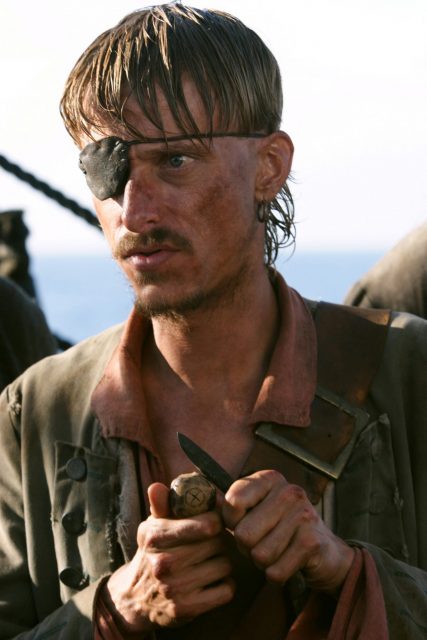 However, the reality of an eyepatch on a pirate is much different than just covering up a missing eye. Pirates might have worn an eyepatch even if they had both of their eyes because it helped them adjust to the constantly changing light. Pirates had to go from bright conditions above deck to dark conditions in the hold. Rather than wait for their eyes to adjust to the change in light, it is theorized that some pirates wore eye patches to maintain their night vision.

9. The shoes in Saving Private Ryan 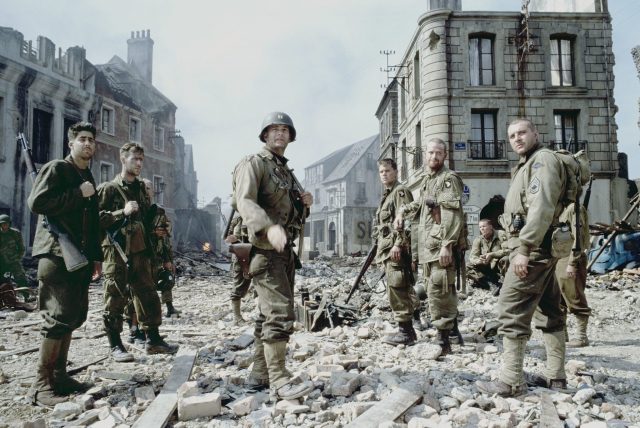 More from us: 10 Incredible Films that Made Kirk Douglas a Screen Legend

Saving Private Ryan is considered by many to be one of the best movies on the Second World War ever made. However, what director Steven Spielberg didn’t catch was the mistake regarding the soldiers’ boots. During the Second World War, American soldiers wore primarily brown boots. In Saving Private Ryan, the soldiers can be seen wearing both black and brown boots. This is a historical inaccuracy, as black combat boots were only made starting in the 1950s.

« 1920s California Theater The Vista Has A New Owner…Quentin Tarantino
The Winchester Mystery House: A Mansion Designed To Foil Ghosts »