A new study published in the Proceedings of the University of Bristol Spelaeological Society has shed new light on the Anchor Church Caves in Derbyshire. Initially believed to date back to the 18th century, new findings indicate they actually originated some 1,200 years ago.

The archaeological study of the site was conducted by the Royal Agricultural University and Wessex Archaeology. It was led by Edmund Simons, with the goal of developing a better understanding of the caves’ origins. 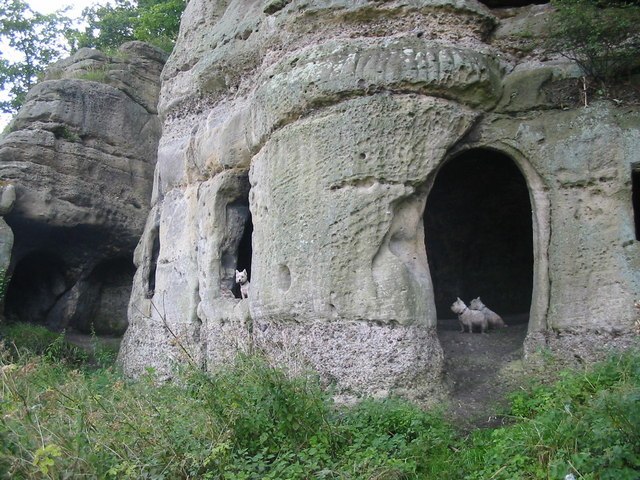 They were initially believed to be a folly, an 18th-century decorative building created to amuse the gentry. However, the latest findings reveal the caves actually date back to the 9th century and were a private dwelling and oratory, or chapel.

Archaeologists used detailed measurements, a study of archaeological details, and a drone survey to reconstruct the original floor plan. The 1,200-year-old building is mostly complete, with an intact floor, roof, doors, and windows. They are cut into the area’s soft sandstone and are considered the “oldest intact domestic interior in the U.K.” 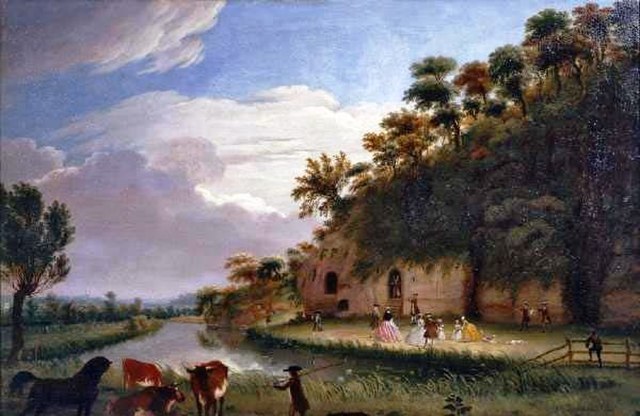 Many features lend themselves to the caves being of Anglo-Saxon origin. The narrow doorways and windows closely resemble Saxon architecture, while a rock-cut pillar found on site is similar to those discovered in a Saxon crypt in nearby Repton.

“It is extraordinary that domestic buildings over 1,200 years old survive in plain sight, unrecognized by historians, antiquarians, and archaeologists,” said Mark Horton, Professor of Archaeology at RAU. “We are confident that other examples are still to be discovered to give a unique perspective on Anglo-Saxon England.”

Fit for a king

According to archaeologists, the building may have once belonged to King Eardwulf, an Anglo-Saxon king who ruled Northumbria from 796 to 806 C.E. He was deposed and later went on to visit both Pope Leo III and Charlemagne’s court. It’s believed he lived his final years in exile in Mercia. 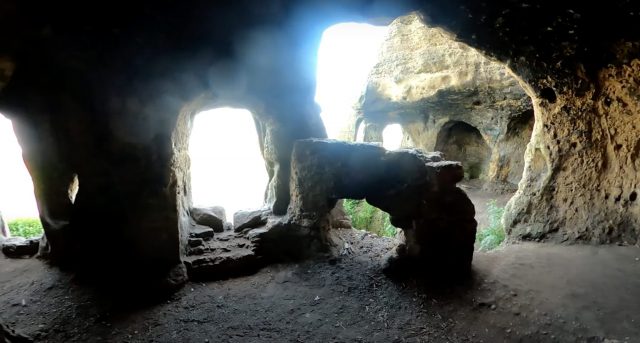 Some historians believe he was canonized and dubbed St. Hardulph. While his existence hasn’t been verified, given the lack of documentation, a book dating back to the 16th century states that at “that time Saint Hardulph had a cell in a cliff a little from the Trent.” Local legend also says the caves were occupied by Hardulph, who is buried at the Mercian royal monastery at Breedon on the Hill.

“The architectural similarities with Saxon buildings, and the documented association with Hardulph/Eardwulf, make a convincing case that these caves were constructed, or enlarged, to house the exiled king,” said Simons.

“It was not unusual for deposed or retired royalty to take up a religious life during this period, gaining sanctity and, in some cases, canonization,” he continued. “Living in a cave as a hermit would have been one way this could have been achieved. These cave dwellings have often been overlooked by historians, but may be the only intact domestic building to have survived from the Saxon period.” 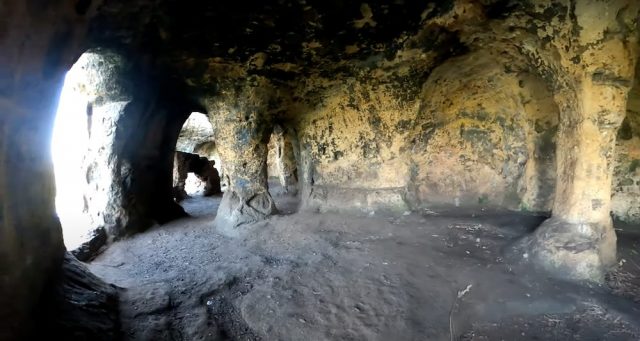 It’s theorized the Anchor Church Caves were abandoned shortly after Hardulph’s death, after which the Great Heathen Army set up a winter camp in the area. 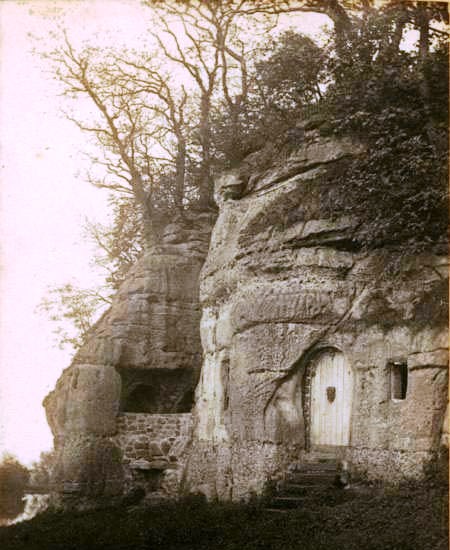 The caves were most likely modified by Sir Robert Burdett during the 18th century. Europe was in the midst of the Romantic movement, which focused on the medieval period and the aesthetic of rural England.

More from us: Tombstone’s Resident Photographers Caught The Wild West In All Its Gritty Glory

Burdett is thought to have had the caves reworked “so that he and his friends could dine within its cool and romantic cells.” These changes included adding window frames and brickwork and opening up the walls, so “well-dressed” women could pass through.

More archaeological and scientific dating is planned to confirm the evidence uncovered.

« Offa’s Dyke, The UK’s Longest Ancient Monument, Needs Some TLC
Do You Believe In Life After Love? The Tragic Love Story Of Sonny And Cher »