Coober Pedy: The Mining Town Where Everyone Lives Underground

In the remote South Australian Outback, halfway between Adelaide and Alice Springs, sits Coober Pedy. This remote desert town might have made a name for itself for its opal mines and Hollywood cameos, but there’s another reason for its fame: the majority of its population lives below ground.

The history of Coober Pedy dates back to the area’s Aboriginal population. It’s considered the traditional land of the Arabana people, and the Yankunytjatjara and the Kokatha are also attached to its ceremonial lands. 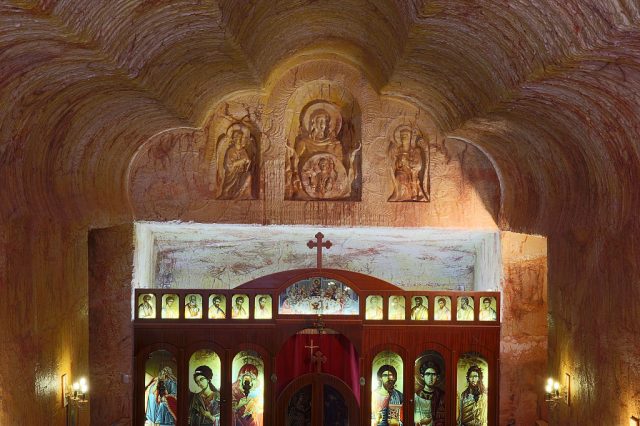 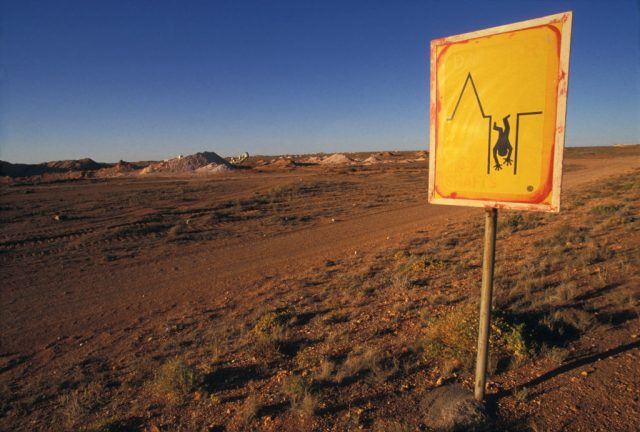 The first European explorer to visit the area was John McDougall Stuart in 1858. However, it largely remained undiscovered by the West until 1915, when 14-year-old Wille Hutchison uncovered an opal while on a prospecting trip with his father. 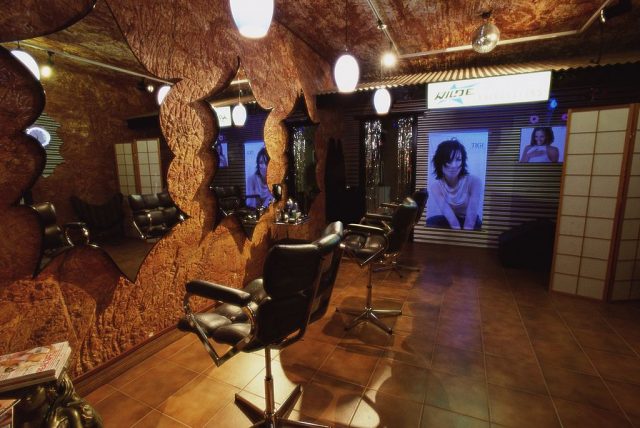 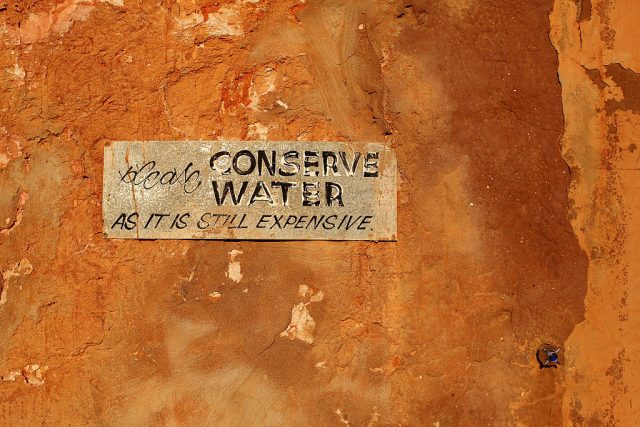 The area saw a population boom begin in 1916 as miners moved to town. Interestingly, many of the early settlers were former-WWI soldiers who’d become experts in excavation due to their time in the trenches. The population would eventually come to represent some 50 different nationalities. 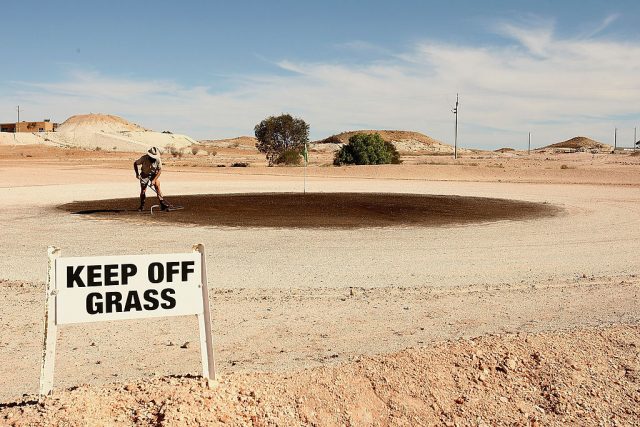 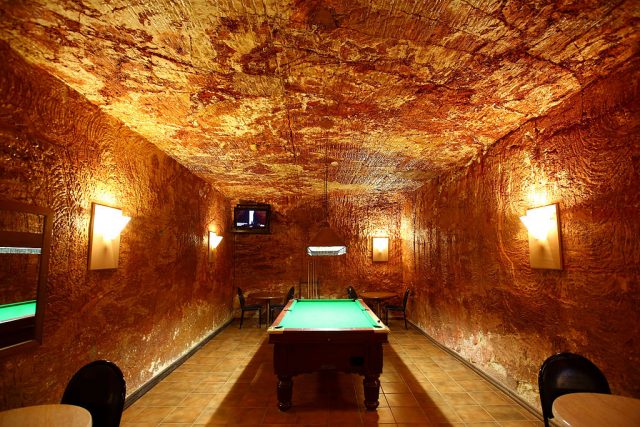 By 1999, there were more than 250,000 mineshaft entrances. The mining situation had reached a point where local officials passed a law to discourage law-scale mining operations. As such, it’s become a mecca for amateur sleuths who wish to obtain a land permit or participate in noodling – digging through piles of excavated earth. 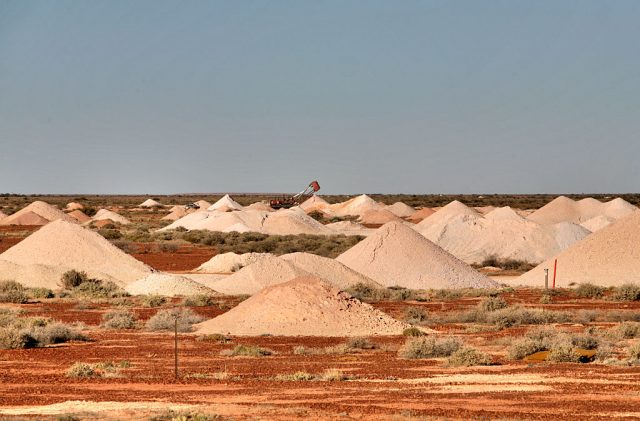 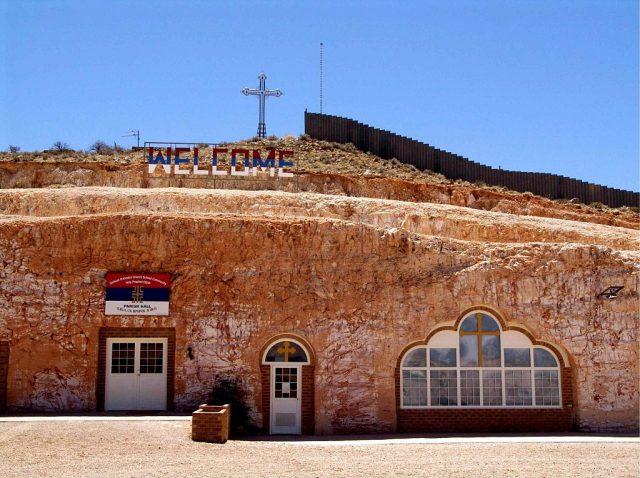 It’s estimated that 70 percent of the world’s opal production is linked to Coober Pedy, earning it the title of the “Opal Capital of the World.” The majority of its residents are associated with the trade, working its over 70 opal fields.

If there’s one thing Coober Pedy’s miners and residents have to contend with, it’s the heat. Given the town’s location on the edge of the Great Victoria Desert, it often experiences temperatures well over 100 degrees Fahrenheit. 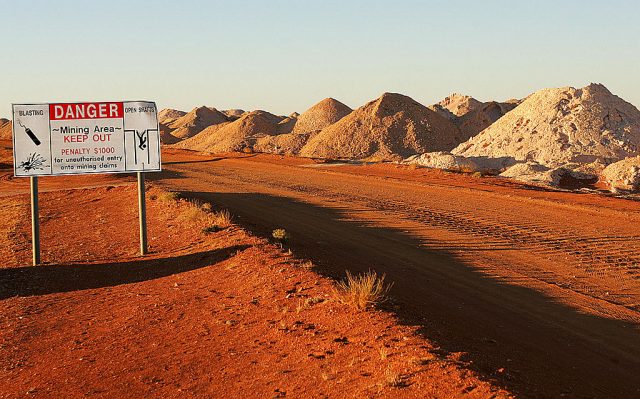 It’s situated on the edge of the erosional escarpment of the Stuart Range, which is made up of siltstone and sandstone some 30 meters deep. This, paired with the extreme heat, means very little plant life can grow. In fact, before the town passed an initiative prompting residents to plant tree seeds, the tallest tree was one made from pieces of metal. 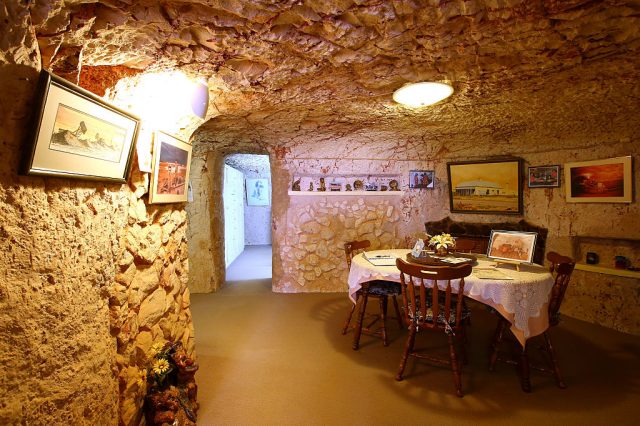 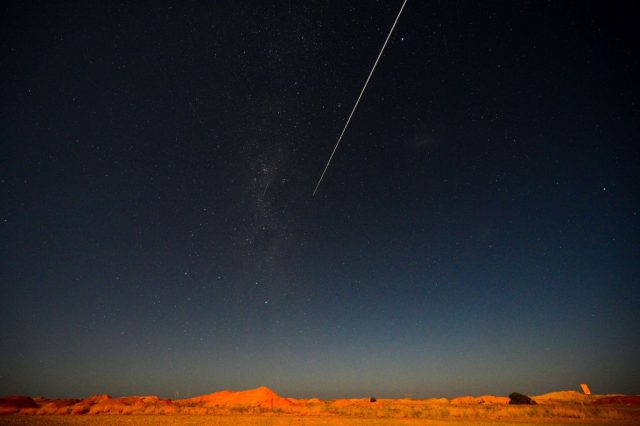 The heat and lack of rainfall also contribute to the dryness of nearby Lake Eyre, the lowest natural point in Australia. Rarely filled with rainwater, the arid environment allows for its salt crystals to shine through. The result is a landscape transformed into a bright, white desert.

Beat the heat with dugouts

Everyone knows how uncomfortable extreme heat can be. In order to escape the scorching temperatures, the residents of Coober Pedy came up with an ingenious solution: burrow underground. The early prospectors, using mining tools, began digging into the hillside to create underground dwellings, better known as “dugouts.” 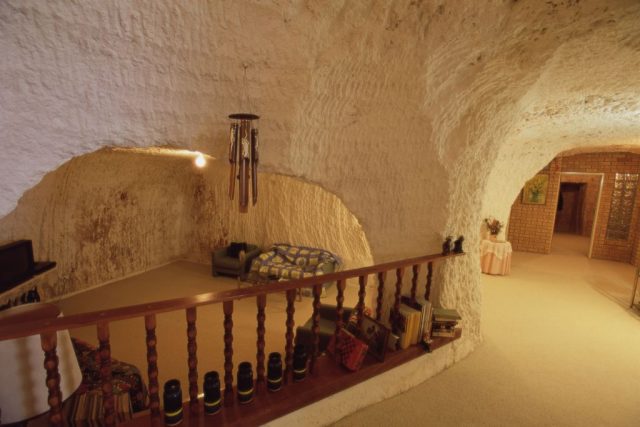 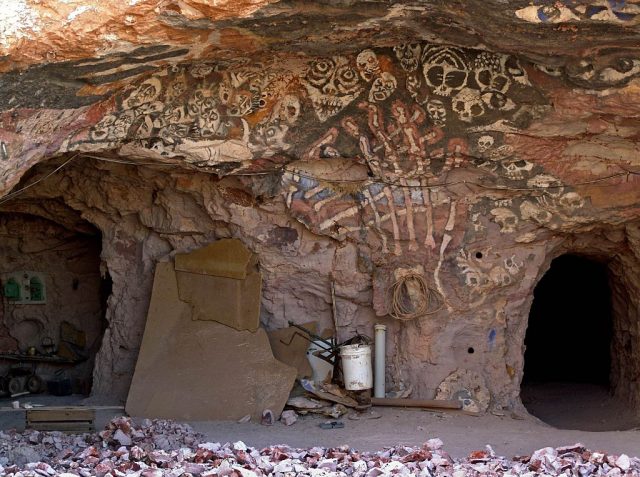 The trend caught on, and at present approximately half of the town’s population has chosen to live underground. For the price of a home aboveground, someone can dig their own underground abode, complete with three bedrooms, a bathroom, a lounge, and a kitchen. These dwellings have the added benefit of being temperature-regulated, meaning there’s no need to install an air conditioning unit, unlike their aboveground counterparts. 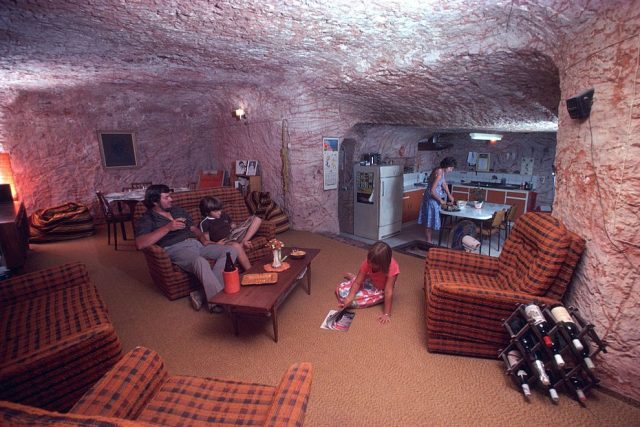 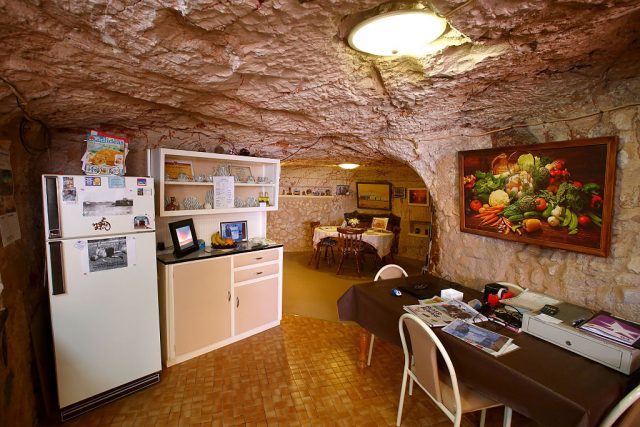 To ensure the safety of those underground, council guidelines mandate all residences have emergency lighting, ventilation, a roof thickness of no less than 2.5 meters, and Safe Egress. Other safety precautions include a volunteer fire station and a police force consisting of 15 officers. 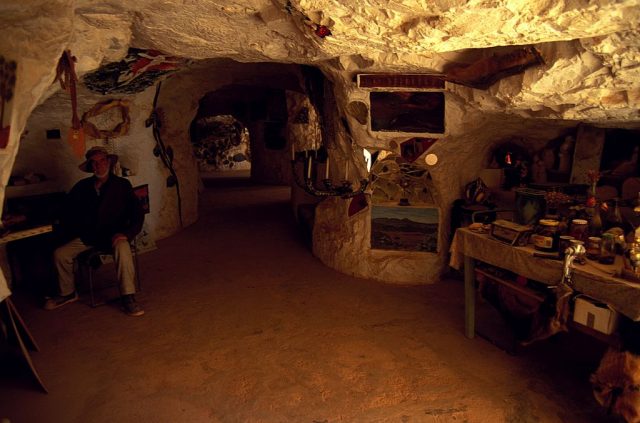 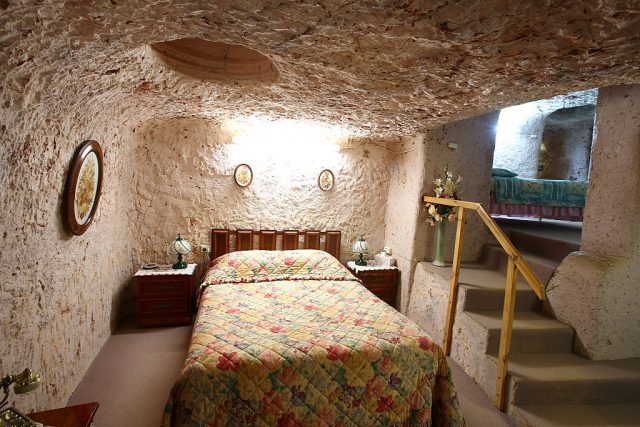 Those living in Coober Pedy, both above and below ground, have steadily gained access to amenities available in urban areas. The town underwent rapid development during the 1960s and ’70s, allowing it access to fixed telephone services. Television arrived in 1980, while mobile service was made operational during the 1990s.

Today, the majority of residents rely on tourism as much as the mining industry. Each year, visitors make the trip down Stuart Highway or via train to take stock of the local attractions. These include the mines, a graveyard, and extravagant underground churches, including the Serbian Orthodox Church and its intricate wall carvings. 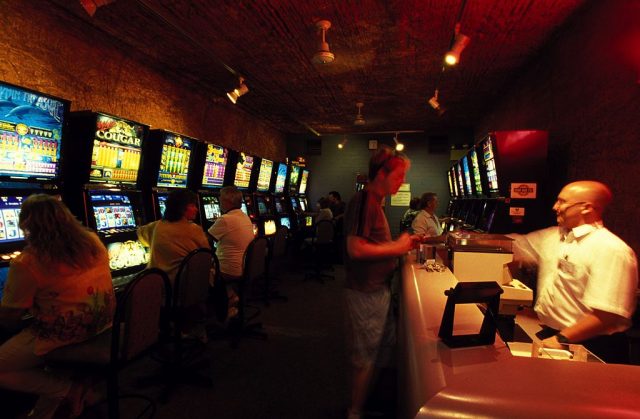 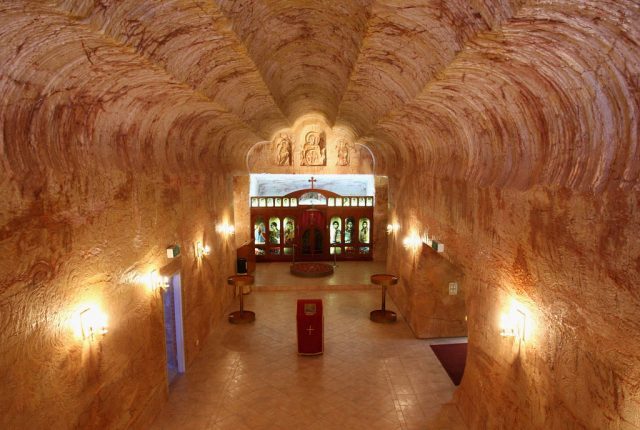 Those looking to celebrate the town’s mining history can do so by visiting the Umoona Opal Mine & Museum, or by participating in the annual Coober Pedy Opal Festival. There’s also the option to camp in the underground caves or relax in luxury at the Desert Cave Hotel. 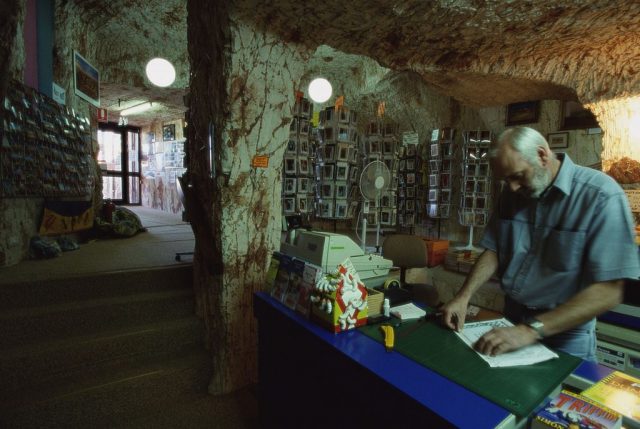 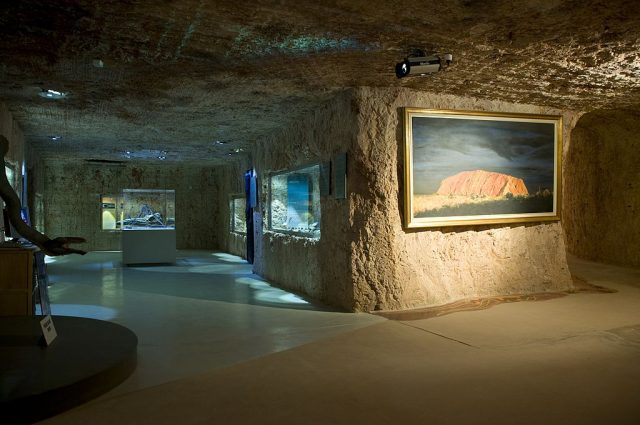 Aboveground, visitors can visit the 3,488-mile-long Dingo Fence, located just outside town. It was erected to protect livestock from predators and has since become the longest continuous construction in the world, stretching from the east coast of Queensland to Nullarbor Plain. Those interested in more relaxing activities can take a trip to the drive-in or to the golf course, where games are played with glow-in-the-dark balls at night to escape the daytime heat. 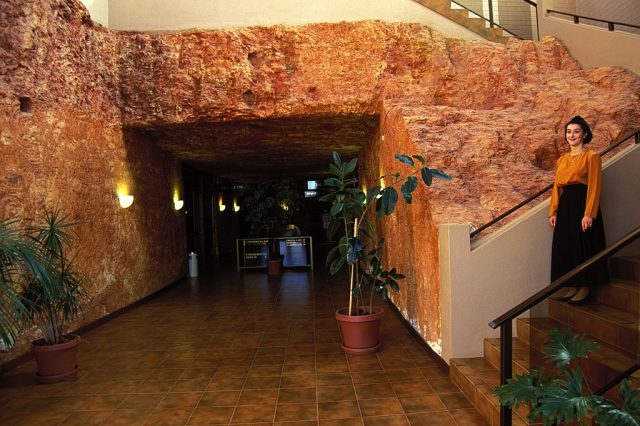 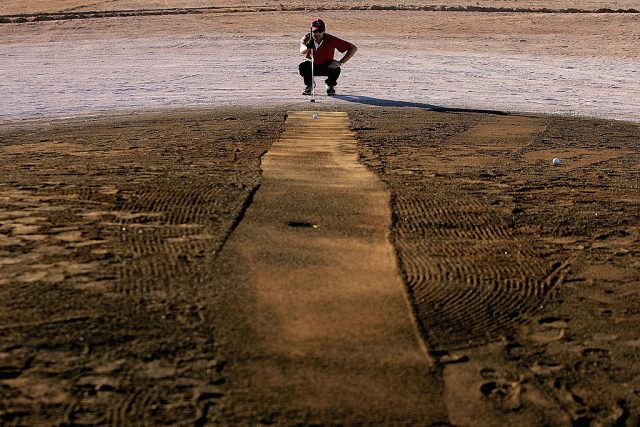 Coober Pedy has also been the site for numerous films over the years, largely due to its barren landscape resembling other planets. Films such as Mad Max Beyond Thunderdome and Red Planet have been shot in town, resulting in its secondary nickname, the “Hollywood of the Outback.”