Although Disney is known for fairytales, their animators have to pull inspiration from somewhere. Many of the characters we see on our screen are actually based on real-life people. Here are 10 Disney characters whose personality and looks were inspired by different celebrities.

1. Ariel is based on Alyssa Milano 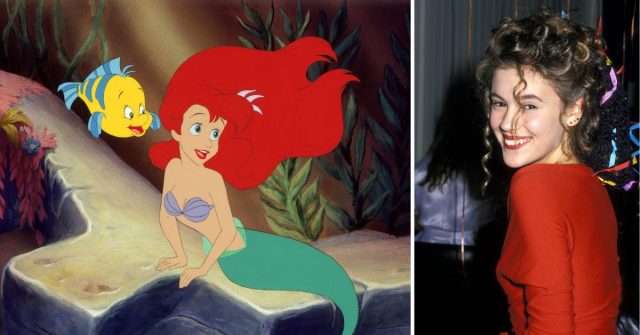 Unbeknownst to Alyssa Milano, she was the inspiration for Ariel in Disney’s The Little Mermaid. Disney animators based Ariel’s appearance on pictures of Alyssa Milano. Although she was unaware of this resemblance when the movie first came out in 1989, she now thinks that being the real-life inspiration for the mermaid is “really cool and lovely.”

2. Jessica Rabbit is based on Rita Hayworth 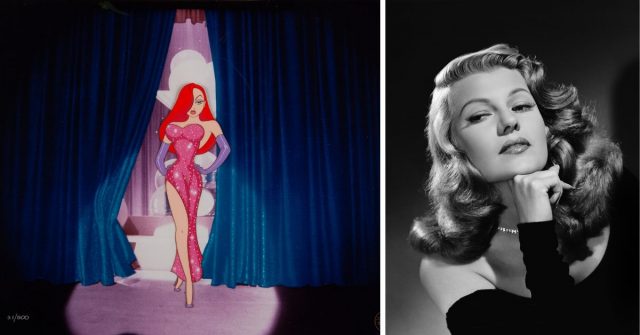 3. Edna Mode is based on Linda Hunt 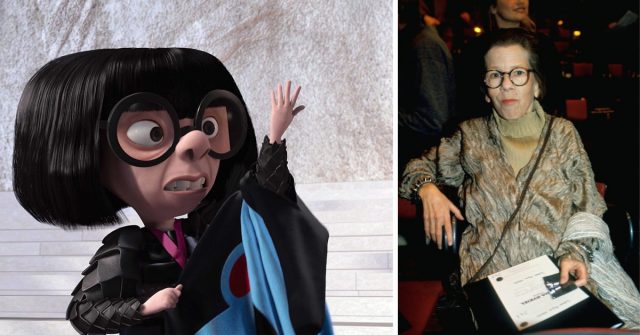 Edna Mode is one of the most memorable characters from The Incredibles franchise, known for her small stature but big personality. Originally, the character Edna was believed to be based on the costume designer Edith Head, but has a near-perfect resemblance to the actress Linda Hunt.

4. The vultures are based on The Beatles 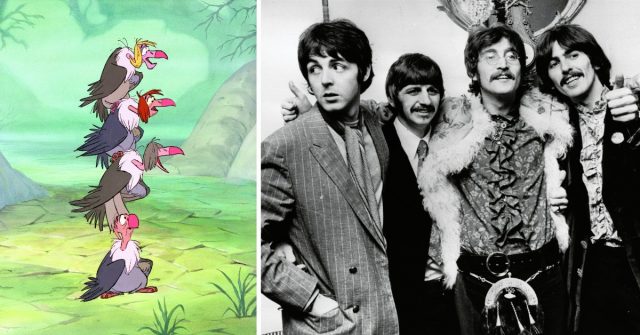 When Disney’s The Jungle Book came out in 1967, the Beatles were one of the most popular bands in the world. The four vultures in The Jungle Book sport funky hairdos similar to the Beatles but also sing “That’s What Friends Are For” — a song similar to The Beatles’ 1967 song “I Get By With A Little Help From My Friends.”

5. Aladdin is based on Tom Cruise 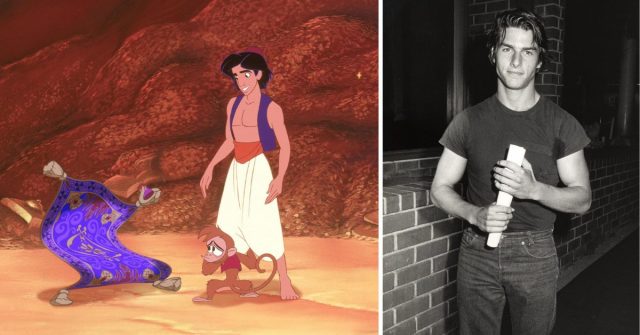 6. Ursula was based on Lady Divine 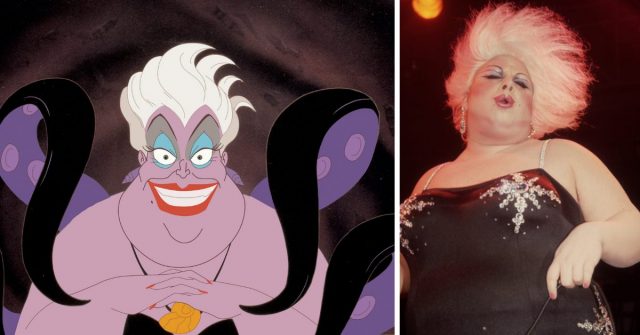 The sea-witch Ursula went through many different versions before directors and animators landed on the Ursula we see in the movie The Little Mermaid. One version of Ursula was based on Joan Collins. Another version of Ursula was a “beautiful but deadly” scorpionfish. The Ursula we all know and love today was based on the drag queen Lady Divine. Ursula and Lady Divine had the same body type, jewelry, eye makeup, hair, and personality. Sadly, Lady Divine never got to see Ursula come to life, as he passed away in 1988, a year before The Little Mermaid came out.

7. Cruella de Vil is based on Tallulah Bankhead 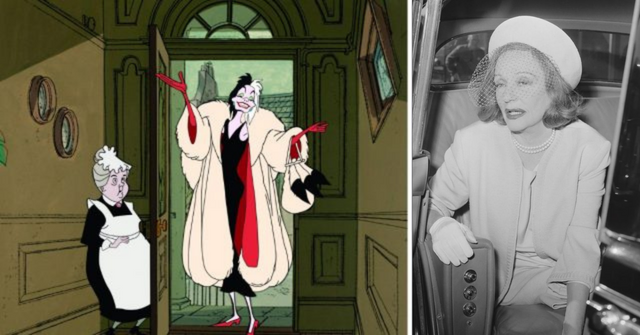 8. Princess Tiana is based on Anika Noni Rose 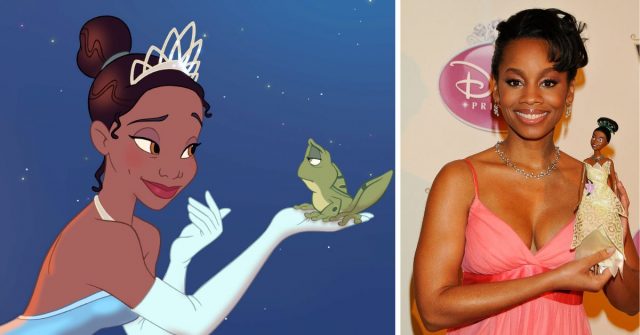 9. Dr. Facilier is based on Michael Jackson 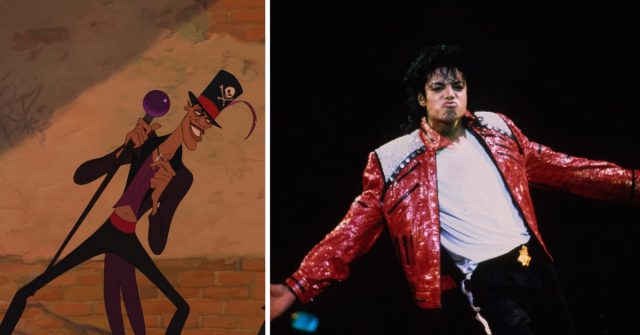 10. The Mad Hatter is based on Ed Wynn 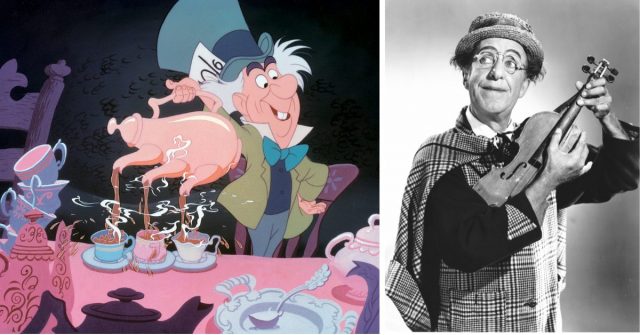 More from us: Fun Facts About Disney’s Original Snow White And The Seven Dwarfs

One of the zaniest characters in Alice in Wonderland is actually based on a real person. Comedian Ed Wynn was the inspiration for Mad Hatter. Not only did Wynn voice the Mad Hatter, but the visual resemblance between the Hatter and Wynn is uncanny.

« Coober Pedy: The Mining Town Where Everyone Lives Underground
These Vintage Photos Offer A Glimpse Into Life During The 1800s »