Traffic control in Germany has been rocked by the ultimate hip-swinger – Elvis Presley. Illuminated icons of the King of Rock and Roll are helping motorists get where they’re going in the towns of Friedberg and Bad Nauheim, Hesse.

How did he get there? The answer lies in the towns’ history, plus a quirky little character from the country’s Cold War past. 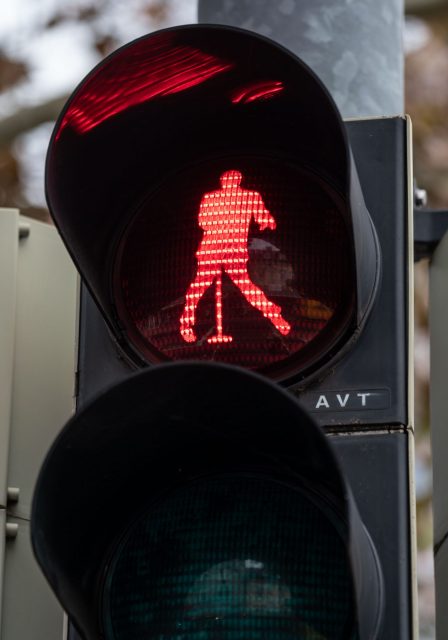 December 2018, Hessen, Friedberg: A little traffic light man in the shape of a dancing Elvis Presley lights up red at a pedestrian traffic light at Elvis Presley Square. The “King of Rock’n’Roll” served in Friedberg from October 1958 to March 1960 as a soldier in the US Armed Forces. (Photo by Frank Rumpenhorst/picture alliance via Getty Images)

The King famously found himself in the area as part of his military service. Between 1958 and 1960 he saw active duty, forsaking his Blue Suede Shoes for a pair of heavy boots. He lived in Friedberg and was stationed at Bad Nauheim, as mentioned by Atlas Obscura.

In 2021 he’s marching to the beat of the German traffic network rulebook. There’s no mistaking his silhouette, which both entertains and enlightens drivers.

This rocking good move is part of a tribute to a six decades-old symbol, created back when the Berlin Wall was the latest – and most controversial symbol in the country. 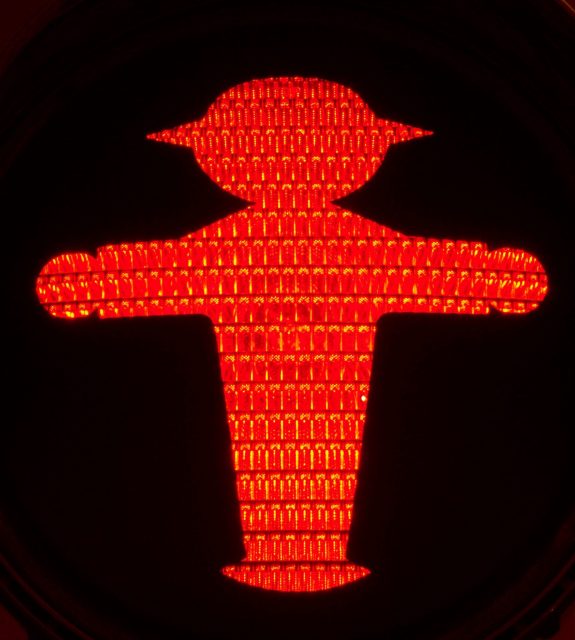 Designed in the early 1960s by Karl Peglau, a traffic psychologist, Ampelmännchen was a colorful and attention-grabbing figure who appealed to pedestrians. Atlas Obscura describes Ampelmännchen as a “stout and somewhat childlike silhouette, with a flat-top cap and a confident stride.” The word translates as “little traffic light man.”

He appeared at a time in Germans’ lives when their nation was deeply divided. Literally – there was the East, run by the SED (Socialist Unity Party of Germany) and the consumer-oriented West. The Soviets ran one half and the Americans, British, and French ran the other half.

The Ampelmännchen website details Peglau’s development of the ‘character’. Interestingly, the Berlin Wall (1961 – 89) put a stop to his plans for a train braking system! He went on to create the famous traffic light icons in East Berlin.

The Cold War screeches to a halt 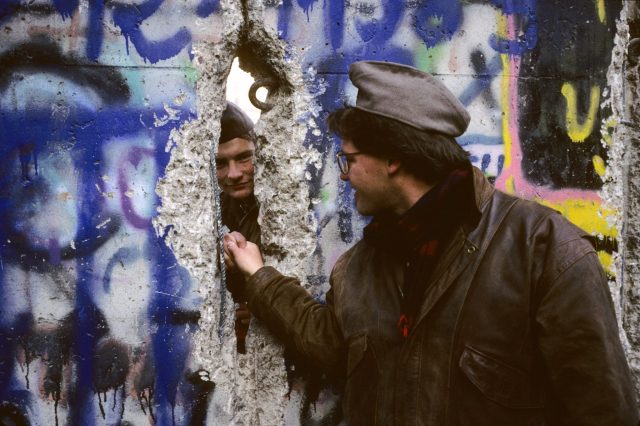 When the Wall came down, Ampelmännchen was kept on by a grateful German public. Lamp maker Markus Heckhausen enabled the little man to realize his commercial potential as a beacon of the souvenir trade.

Peglau, who died in 2009, once referred to them as the “true children of Berlin.” There is also the Ampelfrau, or female walking figure.

Believing the icons crossed political boundaries, Peglau believed that people saw them as “a chunk of honest identification with history.” To him, they represented the “right to represent the positive aspects of a failed social order”. 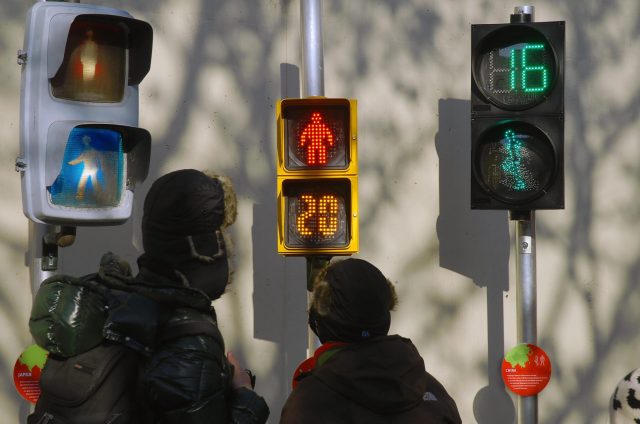 Also helping celebrate the Ampelmännchen is a cartoon-like Karl Marx (in Trier) and one Sebastian Kneipp. Atlas Obscura writes how this “Catholic priest and 19th-century forefather of the naturopathic medicine movement” can be seen lighting up streets in Bad Nauheim.

Ampelmännchen’s impact around the world

It isn’t just Germany where they have offbeat ways of directing cars and such. There are also same-sex icons installed in London for Pride, and Viking-themed van stoppers in the coastal city of Aarhus, Denmark.

« 10 Eddie Murphy Facts That Are Crazier Than A Dog In A Hubcap Factory
Flying In Style! Vintage Photos Of Celebrities And Their Private Jets »