Eddie Murphy is considered one of the best comedic actors of the 1980s. His appearance in popular films and as a cast member of Saturday Night Live made him a household name. While he may have starred in many box office flops in recent years, his résumé still stands as one of the best. Here are 10 facts you might not have known about the A-list actor.

There was almost an Eddie Murphy cartoon 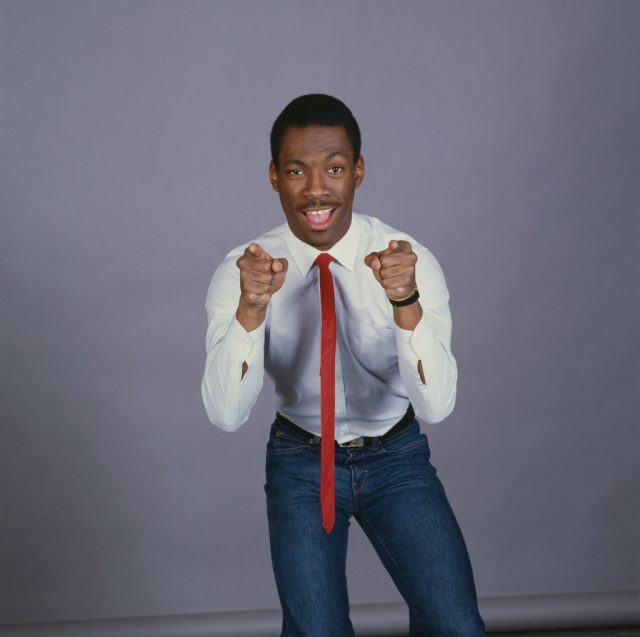 As a child, Eddie Murphy spent much of his time watching cartoons, so much so that he began doing impressions of popular characters, including Bullwinkle, Sylvester the cat, and Bugs Bunny. He’s shared that his mother claims he never spoke in his own voice.

In 1987, Murphy was in talks with Hanna-Barbera to produce his own Saturday morning cartoon. While it never came to fruition, it didn’t stop the two from coming together in 2011 for a remake of the 1970s cartoon, Hong-Kong Phooey. However, just like in 1987, the adaption was shelved.

He was the class clown 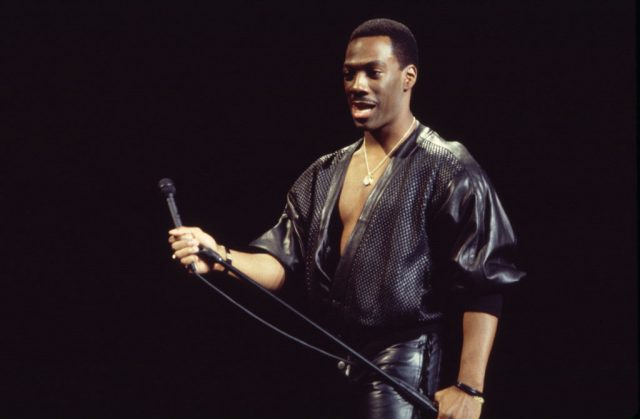 Eddie Murphy first found his passion for comedy in elementary school, trading insults with his classmates. He brought this humor to Roosevelt Junior-Senior High School, where he told jokes at lunch and put on impromptu performances in the school auditorium. His classmates loved his act and voted him the Most Popular student.

Murphy took his comedy outside the school’s walls. By the time he was 15, he was performing stand-up in the lower part of New York City, where he won over audiences with his witty outlook on life and spot-on celebrity impression.

Did Barack Obama make him restart his stand-up career? 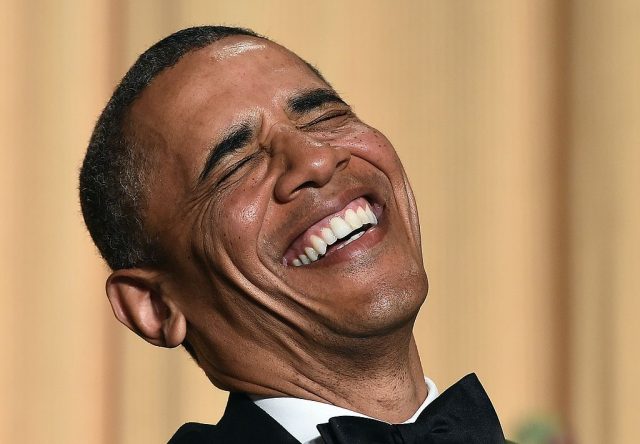 Long-time fans of Eddie Murphy are aware of the years-long break he took from acting. He made his return to the big screen and stand-up comedy just a few years ago, and it would appear we have former President Barack Obama to thank.

According to Murphy, he met Obama in 2015 while accepting the Mark Twain Prize for American Humor. The former president asked Murphy when he would be doing comedy again, and as Murphy tells it, “When you go into the Oval Office and the President asks you when you are doing stand-up, it’s time to do some jokes.”

Speaking with USA Today in 2019, Murphy shared that the break allowed him to develop new material for his comedy shows. “The last time I did stand-up, I had no kids, I had never been married and I was 27 years old,” he said. “I’m 58. I have 10 kids. I’ve been married and divorced. So I have so much stuff to talk about.” 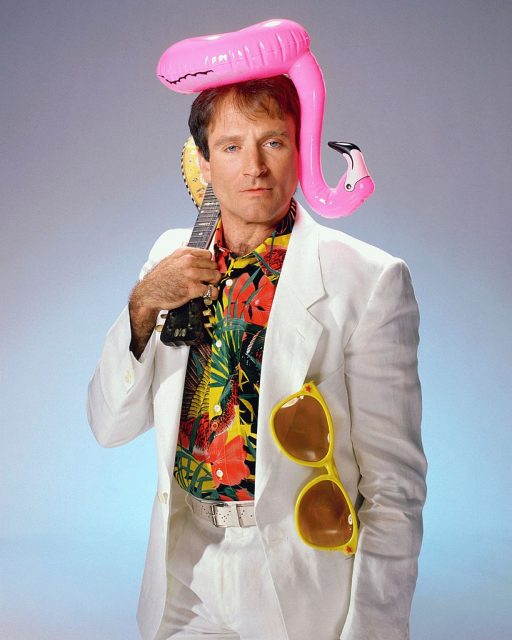 While getting his start in show business, Eddie Murphy frequented the Bay Area comedy scene in San Francisco, California. It was there he started to build a following outside of his home state of New York.

The Bay Area’s clubs saw the start of a number of prominent comedians and actors, including Whoopi Goldberg and the late Robin Williams.

He is scared of animals 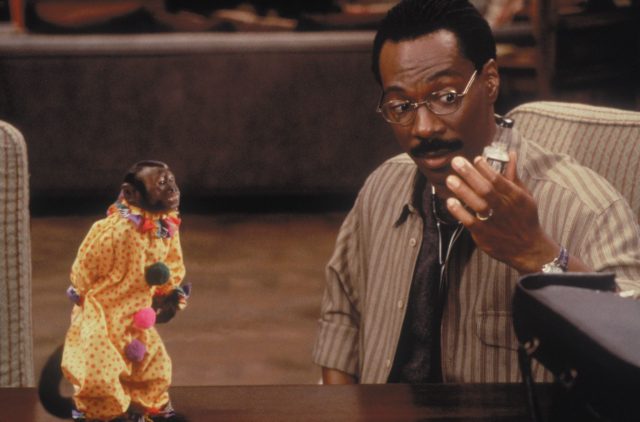 You wouldn’t think Eddie Murphy is scared of animals, given he starred in the Doctor Dolittle remake and its sequel, but you’d be wrong. The comedy actor is so fearful of live animals he requested he film as many scenes as possible without them, after which they were added in.

While the film’s editors were able to accommodate the request to some extent, there were times when Murphy had to film with his animal co-stars, resulting in the shots frequently ending with him screaming. When filming for the sequel rolled around, Murphy demanded even more precautions be made to keep a distance between him and the animals.

His first solo lead was a major success 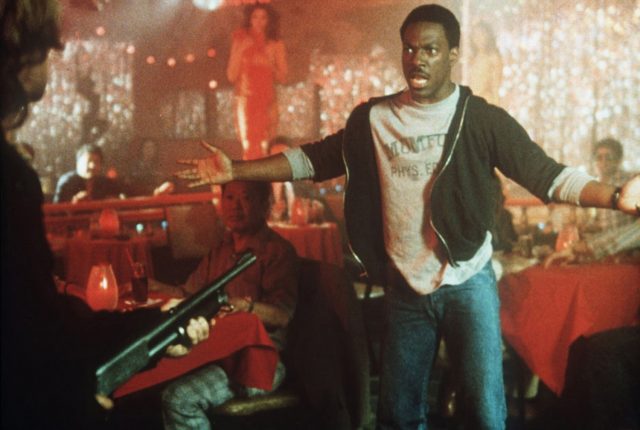 Eddie Murphy is best known for his role as Axel Foley in the 1984 comedy, Beverly Hills Cop. It was the comedian’s first solo lead role, which he earned after Sylvester Stallone quit just weeks before filming began. It proved a good move for Murphy, as the movie about a young cop from Detroit pursuing his friends’ murderers was a box office hit. 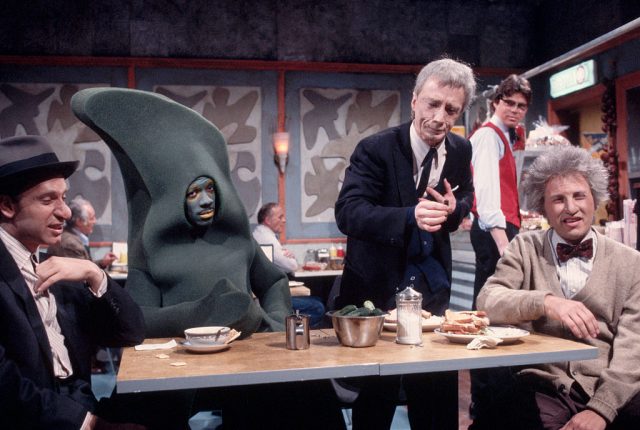 A primary reason for Eddie Murphy’s early success was his stint on Saturday Night Live. The comedy series was looking for a Black cast member, and after six auditions Murphy was hired as an extra.

He became a series regular after a spur-of-the-moment stand-up routine at the end of an episode, and he is credited with helping revive the show. He remains the only cast member to have appeared as host while still part of the cast after Nick Nolte fell ill and canceled his scheduled hosting gig. Given the last-minute cancellation, Murphy was asked to fill in for his 48 Hrs. co-star. 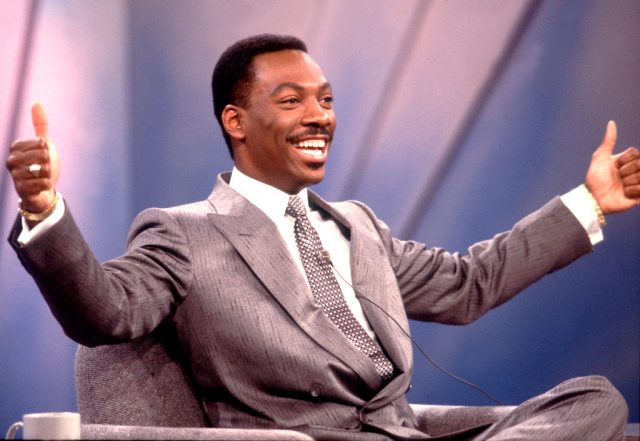 It was common practice in Vintage Hollywood for actors to sign exclusive deals with movie studios. Eddie Murphy was one of the last to sign such a deal in the 1980s with Paramount Pictures.

He signed two deals with Paramount, in 1984 and 1987. The first was a renegotiation of a contract Murphy signed in 1983 and included five-film deal and a concert movie. The one in 1987 was similar, with him signing on for five feature films and other television projects. The only difference was that his production company was given control over the films and any other projects. 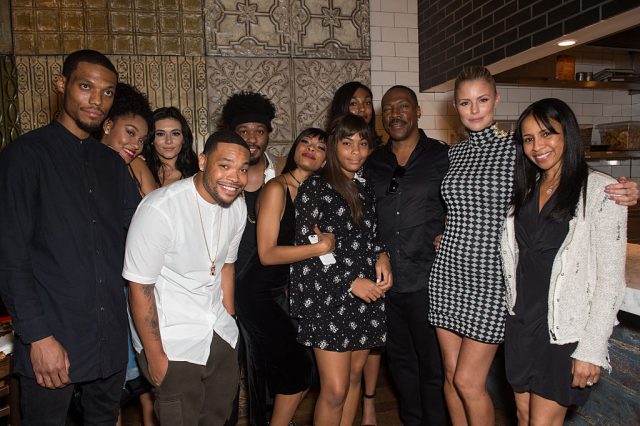 Eddie Murphy’s love life hasn’t necessarily been private, making the cover of tabloids over the years. He’s had numerous partners and has been married twice, so it comes as no surprise he’s the father to a rather large family.

Murphy has five children with his first wife, Nicole Mitchell; one each with former girlfriends Paulette McNeeley, Tamara Hood, and Spice Girl Melanie Brown; and two with his current wife, Paige Butcher. That makes him the father of 10 children! 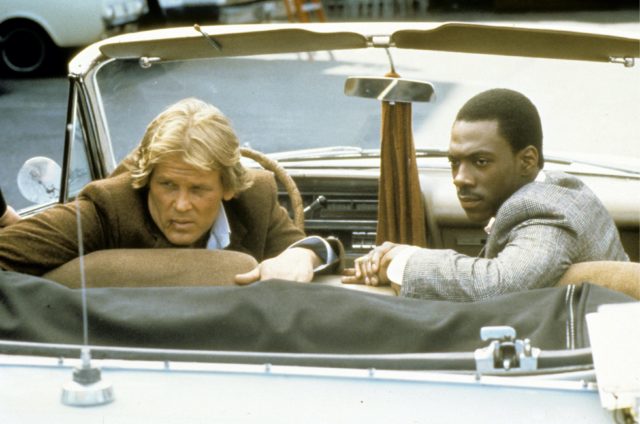 At 21, Eddie Murphy made his first feature film debut alongside Nick Nolte in 1982’s 48 Hrs. The film, which focuses on a cop and convict duo who team up to catch two cop-killers, was a box office success and is considered one of the best films of 1982.

While many actors are used to earning a smaller paycheck for their early roles, Murphy stands out, as he was paid $1 million for his appearance, making him the first actor to receive such an amount for their first film. 48 Hrs. also resulted in Murphy being nominated for his first-ever Golden Globe.