There is more than what meets the eye when it comes to film and television characters. Although we grow up watching these characters on our screens, we only know some surface-level details about them. In reality, Disney characters have origin stories and background information about them that doesn’t make it to the big screen. Here we take a look at 10 little-known facts about our favorite Disney characters!

1. “Minnie” mouse is just a nickname 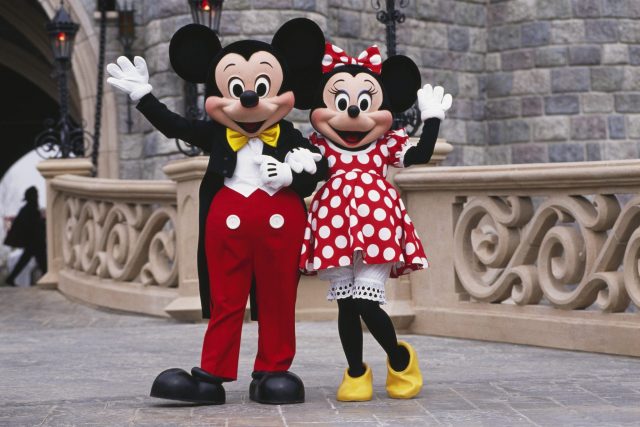 Believe it or not, Minnie Mouse is just a nickname given to Mickey’s love interest. In fact, Minnie Mouses’s first name is really Minerva Mouse. Although Minnie was first created in 1928, her full name wasn’t revealed until 1942 during a story featured in the Mickey Mouse comic strip. Minerva Mouse is rarely used, as it seems the general population prefers her nickname, Minnie.

2. The Spice Girls were almost the Muses in Hercules 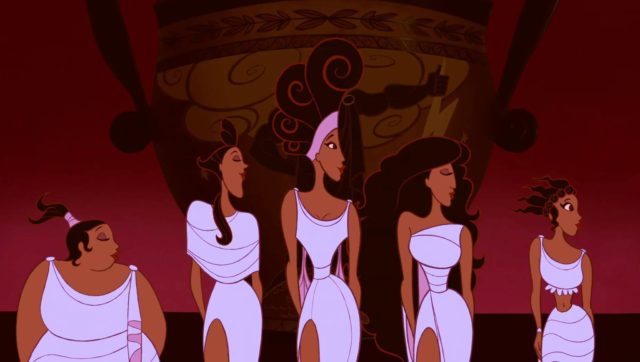 The Muses featured in Disney’s Hercules not only provided the film with great narration but also some of the best songs in any Disney movie. According to Alan Menken, who composed music for Hercules, the Muses “are pure fun. For the song [The Gospel truth] we wanted something king of Motown and a bit sexy.” 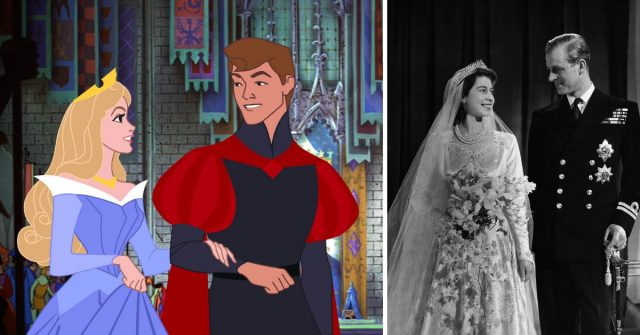 The inspiration taken from Prince Philip could be because he was a prince that Americans were widely familiar with in 1959 when the film first came out. It could also be because Queen Elizabeth II had just been queen for six years when the movie came out, so the Royal Family was still on America’s radar. Sarah Dunnigan, who is a senior lecturer in English literature at the University of Edinburgh believes that there could be a link between the cartoon Prince Phillip and the Duke of Edinburgh “due to the huge popularity and idealization of the British royal family in America in the late 1950s.” 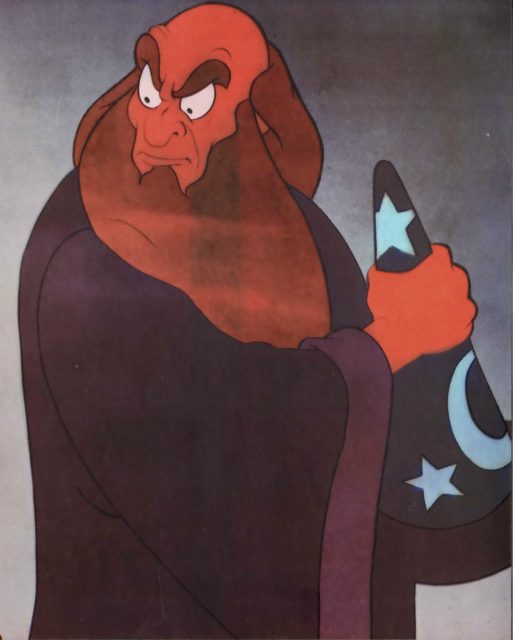 Although never mentioned on screen, the Sorcerer’s name in Fantasia was Yen Sid. Interestingly enough, Yen Sid is just “Disney” spelled backward. Talk about a cool way to sneak the corporation’s name into the film. 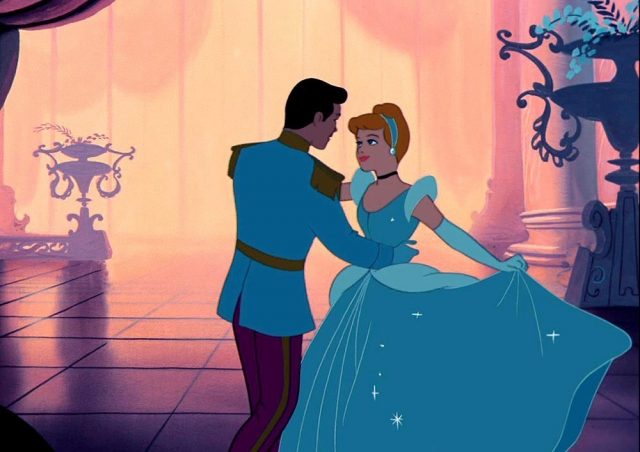 Cinderella, who is one of the oldest Disney princesses, dancing with Prince Charming. (Photo Credit: Walt Disney Pictures/ MovieStills DB)

A huge part of Disney princess films is these girls finding their prince charming’s, getting married, and living happily ever after. However, can we talk about how young the Disney princesses are?

Snow White is the youngest at age 14, while Jasmine from Aladdin is 15. Ariel, Aurora, Mulan, and Merida (from Brave) are all 16-years-old. Belle from Beauty and the Beast is 17, while Rapunzel and Pocahontas are both 18. Capping off the list are Cinderella and Tiana who are both 19-years-old.

Interestingly enough, Disney princesses have traditionally been marketed as role models for young girls, but in many cases, the princesses are not much older than the people watching these movies.

6. Cinderella has a super tiny foot 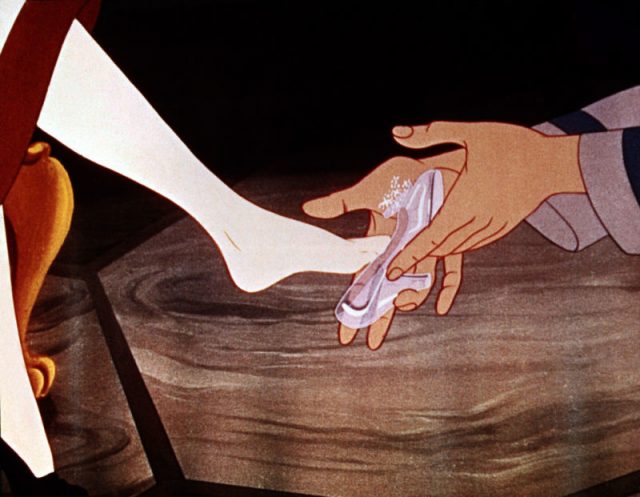 We have often wondered how no one else’s foot fit into Cinderella’s missing shoe, but it turns out she just had extremely small feet. According to Pop Sugar, Cinderella’s shoe size is four-and-a-half. To put this in perspective, the average foot size for a woman is in the size eight to nine range.

In Cinderella, it’s obvious that her feet are much smaller than her step-sisters’ feet, as both Anastasia and Drizella attempt to cram their feet into the tiny glass slipper. Historically, small feet have been a symbol of beauty, and Cinderella is supposed to be the most beautiful woman in town while her step-sisters are quite the opposite. Still, four-and-a-half is an extremely small foot size, and wearing glass slippers surely caused poor Cinderella to have blisters! 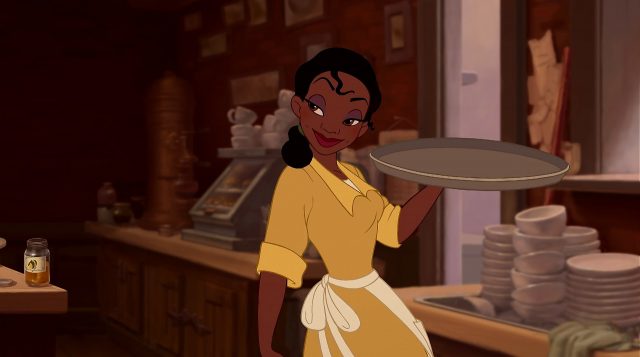 Princess Tiana carries a tray with her left-hand in The Princess and the Frog. (Photo Credit: Walt Disney Pictures/ MovieStills DB)

Princess Tiana from The Princess and the Frog is probably the only left-handed Disney princess. The character of Tiana was largely based on her voice actress, Anika Noni Rose, who like Tiana is left-handed. Anika Noni Rose’s dimples also inspired animators to give Tiana dimples. 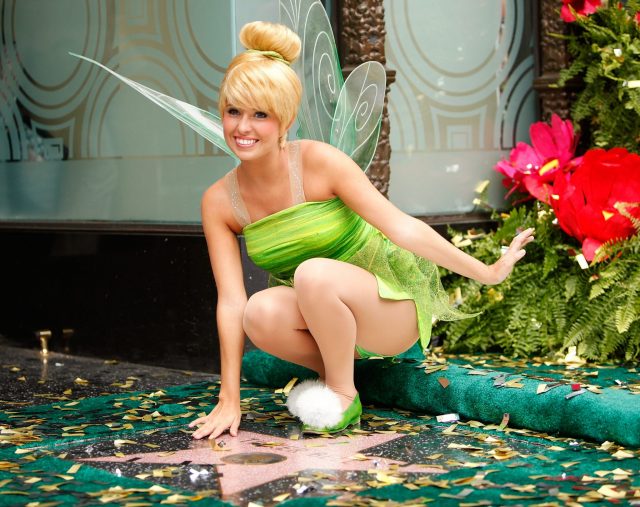 On November 18, 1978, Mickey Mouse received a star on the Hollywood Walk of Fame. Not only was he the first Disney character to get a star, but also was the first cartoon character ever to receive a star.

Many other Disney characters now have a star on the Hollywood Walk of Fame. Snow White received a star in 1987, followed by Donald Duck in 2004. Two years later in 2006, Winnie the Pooh received his star, followed by Tinker Bell in 2010. The most recent Disney character to have their own star is Minnie Mouse, who received her star in 2018. 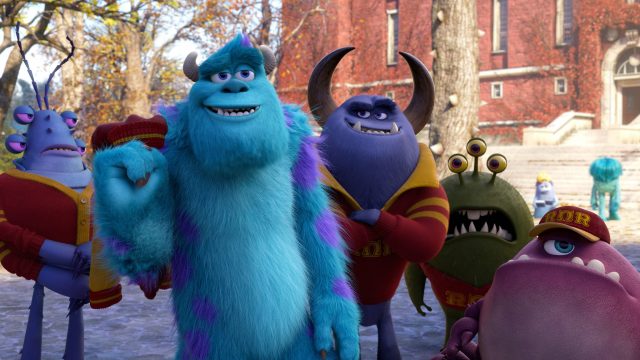 Sully from Monsters Inc. certainly is a hairy creature. In the first Monsters Inc. (2001) movie, Sully had 2.3 million individually animated pieces of hair. By the time Monsters University came out in 2013, Sully was up to 5.4 million strands of hair.

10. Anna and Elsa are not Disney princesses

Wait, what!? What do you mean Anna and Else from Frozen are not Disney princesses? This one surprised us too. Technically, there are 12 official Disney princesses– Snow White, Cinderella, Aurora, Ariel, Belle, Jasmine, Pocahontas, Mulan, Tiana, Rapunzel, Merida, and Moana.