Dances With Wolves: The epic Western that turned Kevin Costner into a big-screen sensation. Over 30 years later, this epic Western is widely regarded as his defining work. A true “must watch.”

Just what was it like getting that dance on its feet? Saddle up and find out… 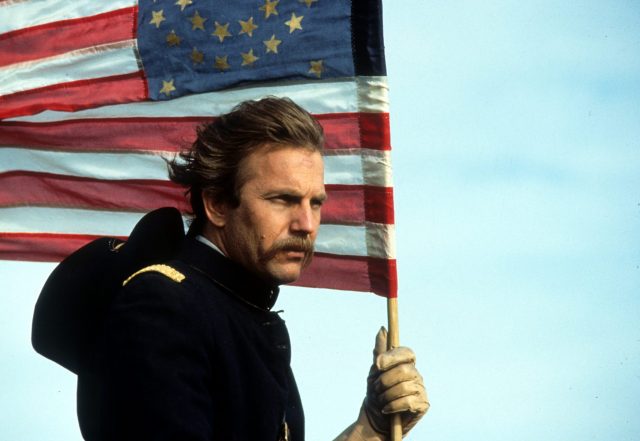 Kevin Costner holding an American flag in a scene from the film ‘Dances With Wolves’, 1990. (Photo by Tig Productions/Getty Images)

Kevin Costner was a key creative influence behind the project. But he didn’t plan on sitting in the director’s chair.

According to PastFactory, he approached “three prominent directors who have remained nameless.” None of them got Michael Blake’s story the way Costner did, so he wound up calling the shots himself.

Not that he was brimming with confidence. Costner told Yahoo in 2014 that he messed up the first shot: “That’s the shot you’re supposed to get right, the first shot because the whole crew’s watching you. Like, ‘Does he know what he’s doing?’”

Quoted by the New York Times back in 1990, co-producer Jim Wilson revealed Costner’s attention to detail: “Kevin is a perfectionist. He didn’t cut a great deal of slack.” This included insisting on 300 horses for a scene when the team could only find 250.

It was a book by Costner’s old acting school buddy 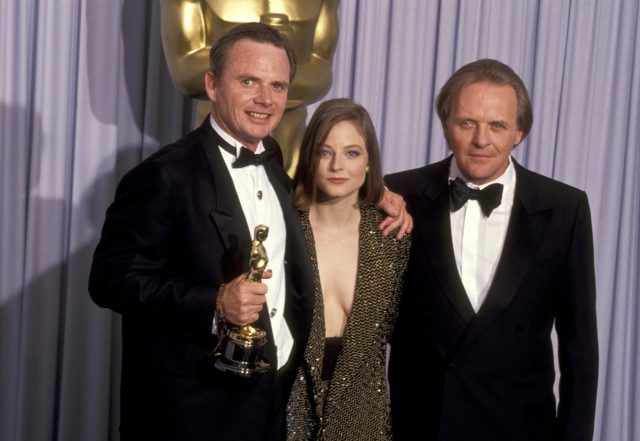 Dances With Wolves came out as a novel first. Blake (pictured on the left) had written a “spec script” in the 1980s. However his buddy, and future star, Costner advised him to do a book. He figured that would make it more marketable… and he was proven right.

Costner rode his pal to finish it

Writer Michael Blake and Costner were old pals. They first met at acting school and started out together. So when Blake created the epic tale of Dances With Wolves, it was like shooting fish in a barrel, right? Or at least herding some lethargic buffalo.

Wrong! Tensions ran high between the pair. Things even got physical at one point… before the manuscript was finished! Costner tried helping Blake in Hollywood as much as he could, but his writer friend was aggravating the star’s movie contacts.

Blake moved in with Costner and family, while beavering away on what became Dances With Wolves. The atmosphere went from bad to worse. Finally, the situation boiled over. Blake was given his marching orders.

He famously got a job at a Chinese restaurant in Arizona. The last thing Costner wanted to do was read his material, despite Blake’s requests. The mens’ friendship was in trouble.

Luckily for Blake, Costner began reading what he’d left behind. He was amazed. “I was never so proud of somebody” he recalled on The Graham Norton Show. “I said ‘I don’t know how I’m gonna do it, but I’m gonna make it into a movie.’” At that moment, the legend of 1st Lt John J. Dunbar was born…

Costner paid for it himself

Dances With Wolves cost a relatively modest $22 million. Unfortunately, it was budgeted at $15 million. The tally included “An animatronic bison costing $250,000,” as noted by Biography.

Kevin Costner stepped in to plug the funding gap. He contributed blood, sweat, tears, and – most importantly – bucks!

Graham Greene played Kicking Bird, the “Sioux medicine man” who suffered with his back. Greene reportedly suffered for his art. To ensure his walk was accurate, he filled his shoes with… bologna slices. Talk about putting Robert De Niro to shame.

Dances With Wolves wasn’t a walk in the park 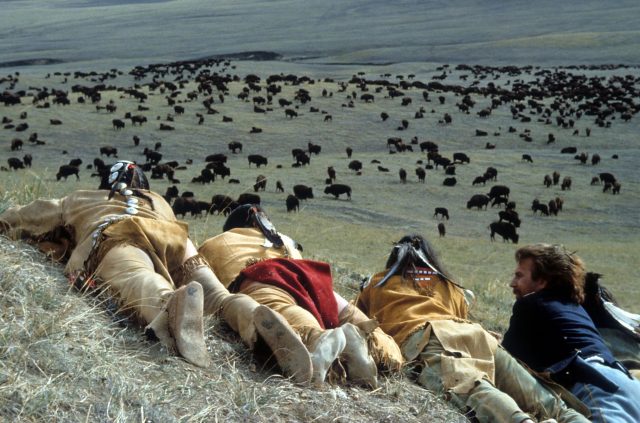 Kevin Costner with Sioux Indians over looking the buffalo fields in a scene from the film ‘Dances with Wolves’, 1990. (Photo by Tig Productions/Getty Images)

Many films are logistical nightmares to shoot – Dances With Wolves was no different. The New York Times noted that 250 Native Americans and 150 cavalry appeared onscreen. Out of those, 48 had lines to deliver.

We mentioned 300 horses earlier. That was nothing compared to 3,500 bison! One of the movie’s standout sequences involves a bison hunt. It took no less than three weeks to film. The action was captured using 10 pickup trucks with cameras, according to PastFactory.

Adding to the stress was Costner’s dedication to duty. Taking on most of the stunts meant the end result looked great. Yet, as Biography writes, he could have broken his back at one point when falling from a horse.

How do you get a bison up and running? Try Oreos. Jim Wilson reportedly triggered the iconic stampede by waving an iconic cookie.

Two Socks the wolf is in many ways the star of the film. “Buck” and “Teddy” shared the role. PastFactory reveals that trainers “had to have a lot of patience and meat scraps on hand” to deal with Costner’s flighty – and in some cases bitey – co-stars. 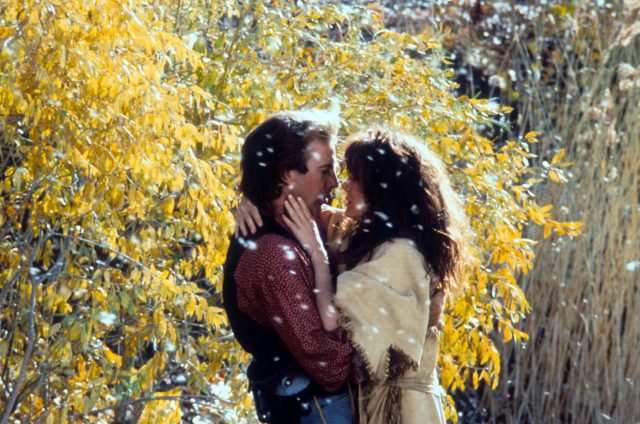 Kevin Costner and Mary McDonnell having a passionate moment in a scene from the film ‘Dances With Wolves’, 1990. (Photo by Tig Productions/Getty Images)

Mary McDonnell played Stands With A Fist, the character that Costner’s Dunbar falls in love with. The character was a white woman and adopted Sioux. Michael Blake based her on a real-life figure, Cynthia Ann Parker.

Yes, Michael Blake released a sequel in 2001. But don’t worry, it didn’t become a straight to DVD effort with Charlie Sheen. The Holy Road stayed on the printed page. To date, it hasn’t been adapted for the screen. 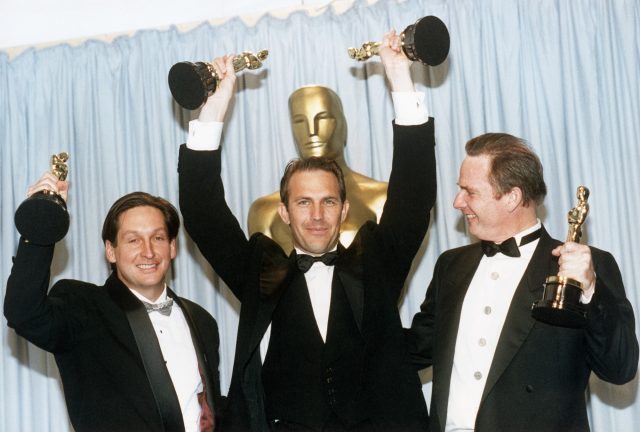 More from us: Jamie Lee Curtis Reflects on Playing Laurie Strode in ‘Halloween’ For the Last Time

Dances With Wolves also managed to kickstart a renewed interest in the Western. A couple of years later, Clint Eastwood picked up numerous honors for his stetson-wearing swansong Unforgiven.