11 Viking Hygiene Facts That Changed Our Perception Of Their Lifestyle

Vikings featured in Hollywood films and TV shows have often been portrayed as dirty and vulgar. In reality, the hygiene habits of Vikings were surprisingly modern. From latrines to personalized grooming utensils, you may be surprised by how seriously they took their cleanliness and appearance.

Face and hair washing was a daily routine 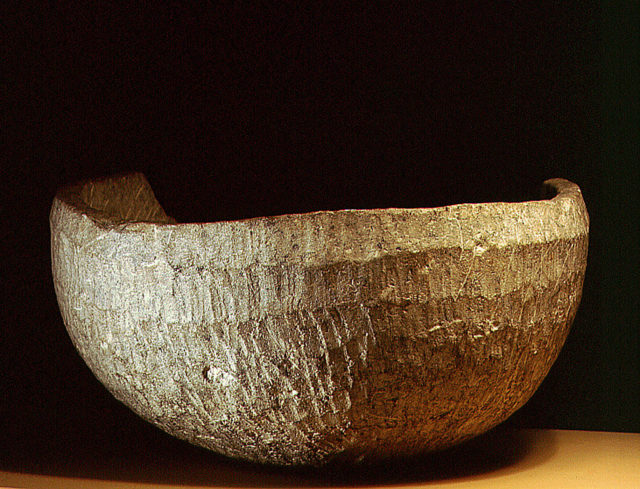 Movies and TV shows may have us believe that Vikings were always covered in dirt but that’s far from the truth. At least once per day, they would wash their face and hair. Arabic traveler Ibn Fadlan explained that a basin of water would be brought by a servant. Vikings would wash their hands and hair and then dip a comb in the water before combing their hair.

Before passing the bowl to the next person they would blow their nose and spit in the water, although the water would likely be changed before it was used by another Viking. 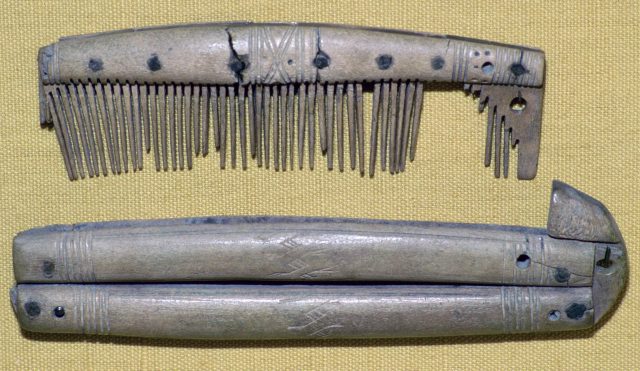 Speaking of the importance of hair washing, Vikings also believed their hair should be regularly combed.

Most Vikings carried a personalized comb in a wooden case that would protect the teeth of the comb. Their combs were made out of either wood, bone, ivory, or antlers. The owner of each comb would often decorate the item to give them a customized look.

And it wasn’t just combs 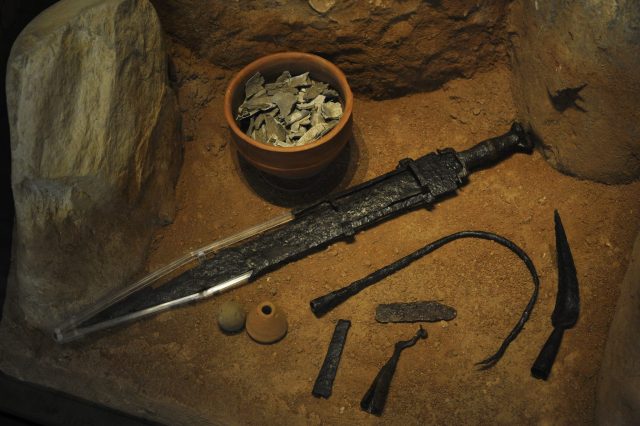 Celtic peoples. 3rd century BC. Recreation of a grave with stela. Burial pit, possibly of a warrior chief, for the objects of his funerary grave goods: an iron sword with damascene silver decoration, a banner auction, a razor, and a tweezer. National Archaeological Museum. Madrid, Spain. (Photo Credit:: Universal History Archive/Universal Images Group via Getty Images)

An increasing number of historical artifacts have shown that Vikings also groomed their ears, nails, and more. Tools resembling modern-day tweezers, ear cleaners, and other items have been found.

The tools we use today were most commonly made by Vikings using animal bones and antlers.

They even took their grooming items with them when they died 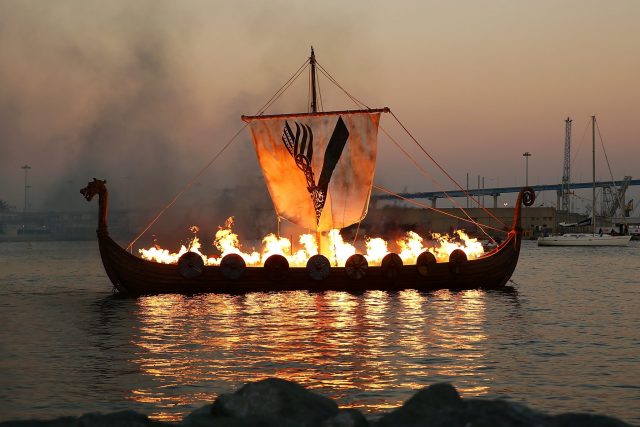 The Viking ship of HISTORY’S “Vikings” burns during the Viking Funeral Ceremony at San Diego Comic-Con 2017 on July 21, 2017, in San Diego, California. (Photo by Joe Scarnici/Getty Images for HISTORY)

When a Viking died they would be buried with personal items that had meaning to them. While weapons and items from their loved ones were included in those burials, there is also evidence of razors, tweezers, combs, and other personal care items.

Vikings would often keep their ornate grooming tools on their person which gave them lasting significance throughout their life and after their death.

They had Latrines that carried away human waste 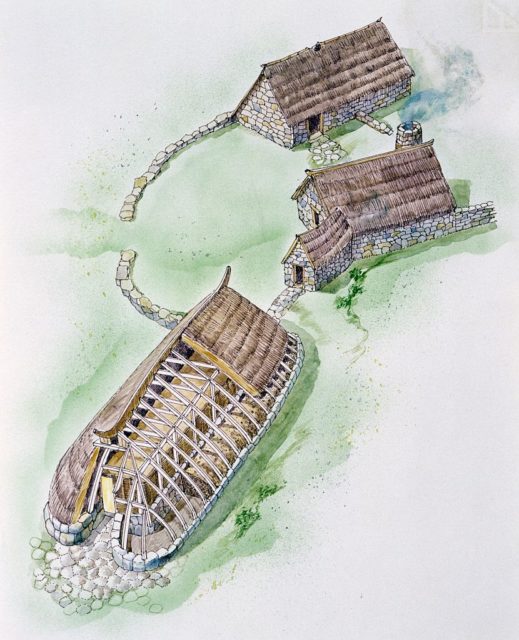 Vikings had public latrines that were located away from their homes, typically placed in heavily-trafficked areas. While public restrooms existed, some Vikings had latrines in their own homes.

According to PastFactory, in the ruins of Stöng, researchers found a latrine with trenches built in. The trenches carried human waste away from the home. It’s believed that Vikings with a higher stature in the community were able to afford homes with relatively modern waste disposal systems.

They made it a crime to tarnish another Viking’s appearance 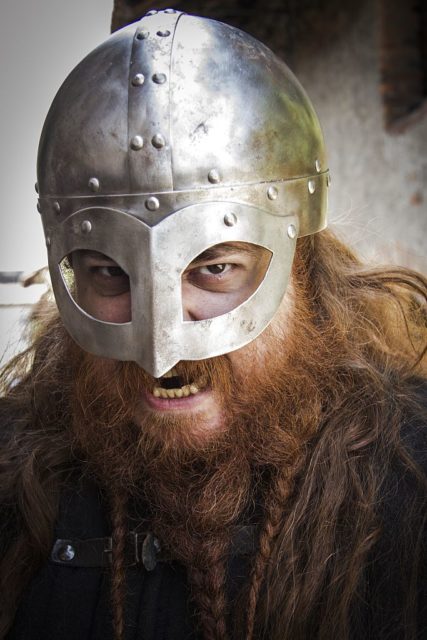 “If a man cuts hair from someone’s head or makes him dirty anywhere to disgrace him or tears or cuts clothing off him… and for anything a man does to disgrace someone else, however, he sets about it, the penalty in every case is outlawry.”

Violating this rule could strip Vikings of their legal and social protections.

They lived inside with their livestock 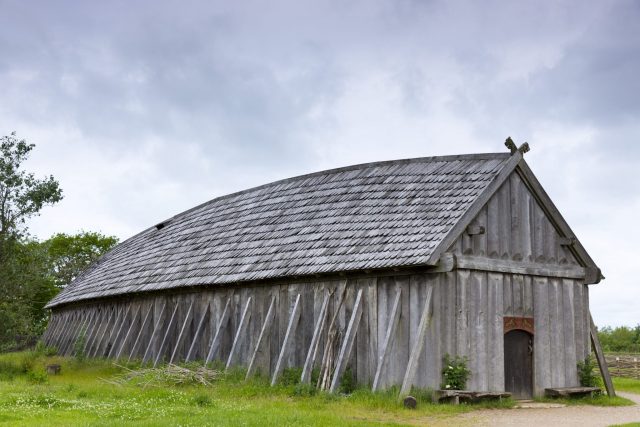 While Vikings coveted many parts of their hygiene, they also lived indoors with their livestock. This practice occurred during the harsh winter months.

The homes Vikings lived in were made from wood with a straw or turfed roof and they didn’t have windows. The lack of circulation in the homes would often result in parasites and diseases spreading to the animal’s owners. Researchers examining ancient latrines discovered the spread of disease. Unfortunately, this was a set of circumstances required to keep their animals from freezing to death during the cold winter months.

Saturdays were for bathing 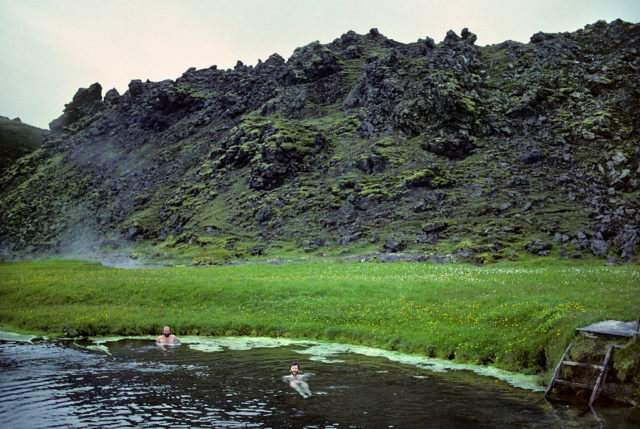 Lava and rocks fields in the region of Landmannalaugar, popular tourist destination and hiking hub in Iceland’s highlands. Trekkers bathing in hot springs, as Icelanders in the Viking Age would have. (Photo Credit: COLLART Hervé/Sygma via Getty Images)

On Saturdays, entire communities of Vikings would take to nearby lakes and streams to bathe.

While once-a-week bathing in today’s times might seem like a stretch, it was nearly unheard of during the time period. Vikings were among the cleanest of civilizations of the time.

Their oral hygiene was generally good but not on purpose 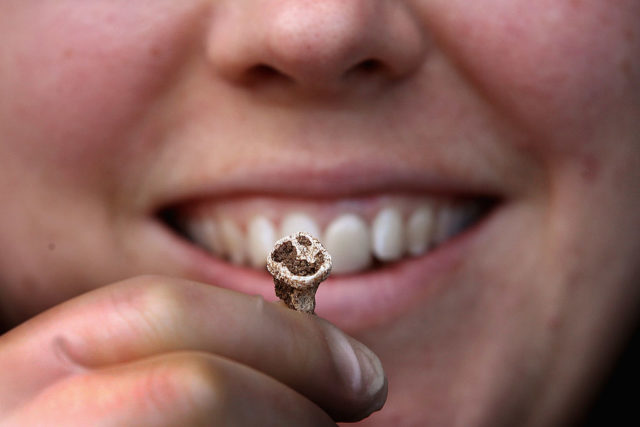 Dr Hannah Cobb from The University of Manchester holds a vikings tooth during a viewing at CFA Archaeology of artefacts discovered from the first fully intact Viking boat burial site on October 18, 2011 in Edinburgh, Scotland. The 5 meter long grave uncovered on the Ardnamurchan peninsula, contained the remains of a high status Viking, who was buried with an axe, a sword with decorated hilt, a spear, shield boss and bronze ring pin. (Photo by Jeff J Mitchell/Getty Images)

While modern humans are generally pretty good about their oral hygiene, healthy teeth are not only reserved for our current times. Vikings generally had few cavities and decent teeth overall.

However, this was not the result of strict teeth brushing. Instead, their diet wasn’t filled with refined sugar, which, in turn, kept their teeth from rotting.

There is one notable difference between Vikings’ teeth and modern-day humans, they tended to wear down their teeth because of a diet that was high in coarse foods.

Those awesome Viking beards were intentional 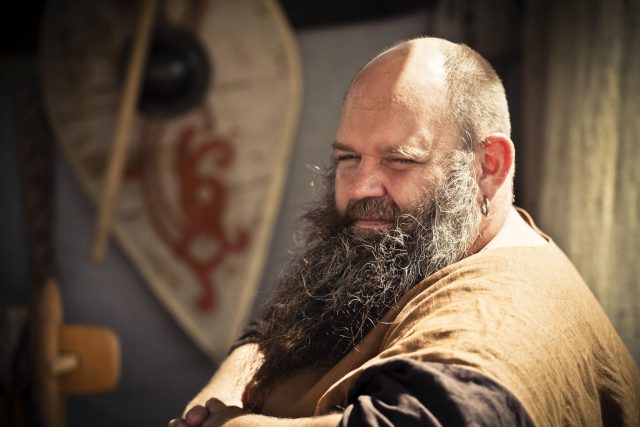 It wasn’t just the hair on their heads that Vikings cared about, in fact, facial hair was even more carefully groomed. Those big beards you see in movies and on TV shows are not an exaggeration.

As men in the culture aged the size of their beards showed their maturity and their masculinity. A well-kept beard was a status symbol. This explains why Vikings carried a shaving razor with them and routinely worked on the appearance of their beards.

No washing while in mourning 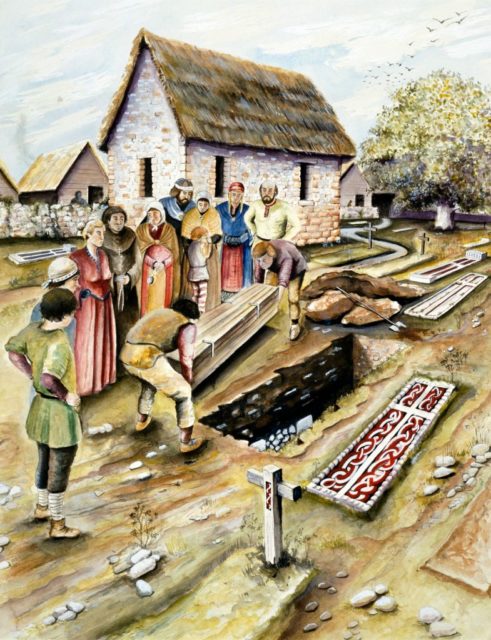 When a loved one died Vikings would throw all of their grooming and bathing rituals out the window as they grieved over the loss.

This ritual of non-cleanliness was described in the death of Baldr in the poem Völuspá. “His hands he washed not nor his hair combed Till Baldr’s bane was borne to the pyre.”

Once they finished mourning a loss, a return to normal hygiene routines occurred.

« These Guys Perfected The Art Of Trolling! 10 Of The Biggest Trolls In History
10 Eddie Murphy Facts That Are Crazier Than A Dog In A Hubcap Factory »