Muhammad Ali floated like a butterfly and stung like a bee. But he was brought back down to Earth with a bump in the late 1960s.

Ali took a stand for what he thought was right. In return, he was stripped of his heavyweight title and more besides. Find out what happened when he went several rounds with the US establishment…

Why did Muhammad Ali lose his heavyweight title? 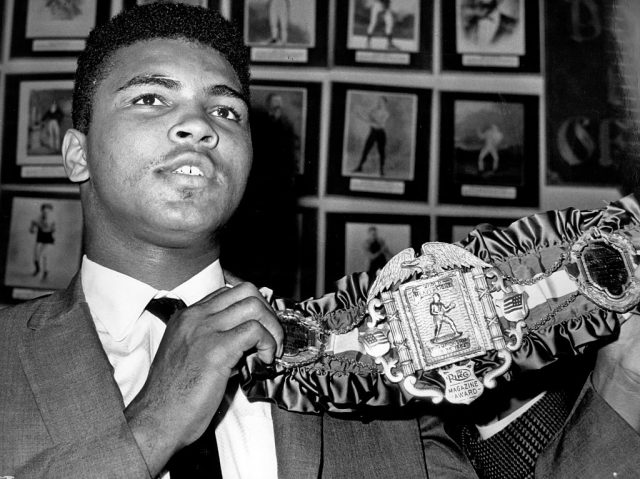 As Ali battled in the ring, another battle was taking place further afield. Namely, the Vietnam War.

Cassius Clay – as he was then known – won the World Heavyweight title in 1964, when he took on Sonny Liston. As noted by Britannica, he knocked out Liston before delivering a sucker punch to the world a couple of days later… Clay had converted to Islam. Plus, he was about to take a new name: Muhammad Ali.

Flash forward to 1967. When the call came to fight in Vietnam, he didn’t answer. The future Rumbler objected on the grounds of faith. Or, as Ali himself supposedly put it, “I ain’t got no quarrel with them Viet Cong.”

The consequences were grave. Authorities took away his hard-won title. Other things happened too. Ali may not have gone to war but he sure did stand in the firing line.

Ali paid a high price for sticking to his principles 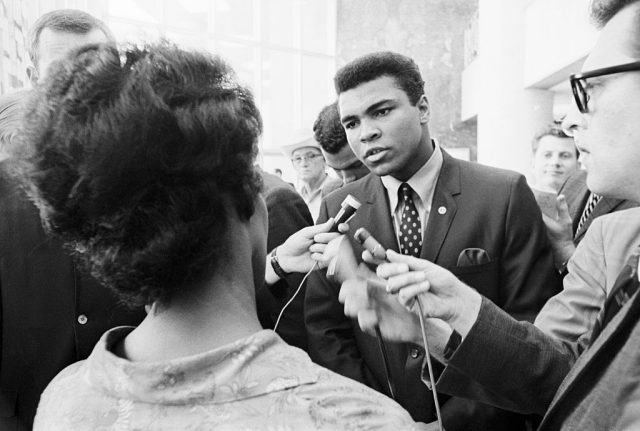 Boxer Muhammad Ali talking with the press after being indicted by a Federal Grand Jury for his refusal to be inducted into the armed forces. Ali contended that he was a Nation of Islam minister and not subject to the draft. (Photo Credit: Bettmann / Contributor)

In addition to not being Heavyweight Champion of the World anymore, Ali lost his boxing license.

And it got worse. History writes that he “was convicted of draft evasion, sentenced to the maximum of five years in prison and fined $10,000.” The prison sentence was thankfully held off due to an appeal.

Britannica notes how the status of “conscientious objector” couldn’t be applied to Ali. Why? Because if a war happened to concern Islam then sure, he was up for the fight.

As a result of this stance, the legendary blow-lander couldn’t be exempted from military duty. He could only refuse, and be punished for not following orders. His decision wasn’t popular with some sections of the public. Support was at a premium.

The impact on Ali’s career was huge. USA Today recalls how he struggled to support himself. The year 1968 reportedly saw him try and box on a Native American reservation in Arizona. The idea was that he was outside of the state boxing commission’s jurisdiction.

However, “the Pima tribe rejected the proposal, saying it would defile the memory of Indian veterans who’d fought for their country.”

It looked like Ali was out of luck. Yet he kept on fighting, at least in a legal sense. Eventually, he caught a break.

Victory for Ali both inside and outside the ring 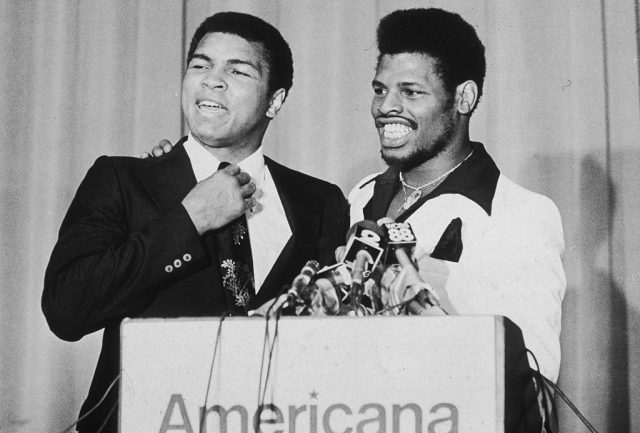 At the start of the 1970s, Muhammad Ali won back both his license to fight and his reputation.

Between the New York State Supreme Court’s decision over the license, and the US Supreme Court’s reversal of his conviction, he made a triumphant return to boxing. Jerry Quarry was on the receiving end of Ali’s glove.

Ali went on to claim the heavyweight belt another two times – the famous “Rumble In The Jungle” (1974) featured Ali beating George Foreman in the Democratic Republic of Congo, then Zaire. Four years later, he took on Leon Spinks and earned the title again. 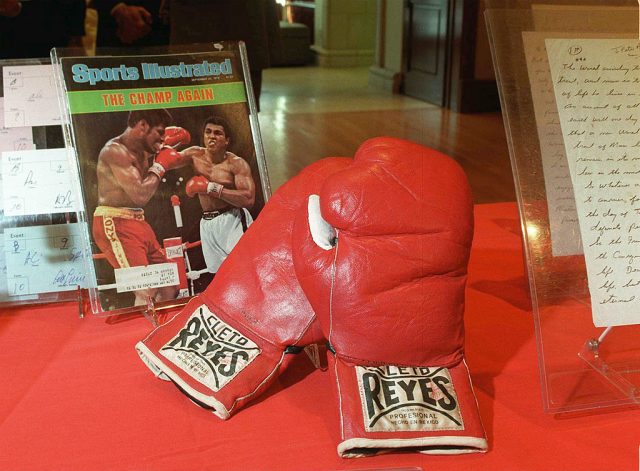 Muhammad Ali’s boxing gloves which he used in the 2nd fight with Leon Spinks is auctioned from the Ronnie Paloger collection at Christie’s Auction House October 9, 1997 in Beverly Hills, CA. The gloves are expected to fetch $40,000. (Photo Credit: Paul Harris/Online USA)

He didn’t always win the fight but Ali is arguably the most influential boxer of all time. Asserting his independence, he reinvented himself and went up against the most powerful opponents in the land.

His roots told a story of hardship and rebellion. “Cassius Clay” was inherited from his father, who in turn took it from the pioneering politician and planter. The first Clay may have been white, but made a loud noise about slavery. His abolitionist position led him to publish a newspaper and fight in the Mexican-American War (1846-48), among other decisions. 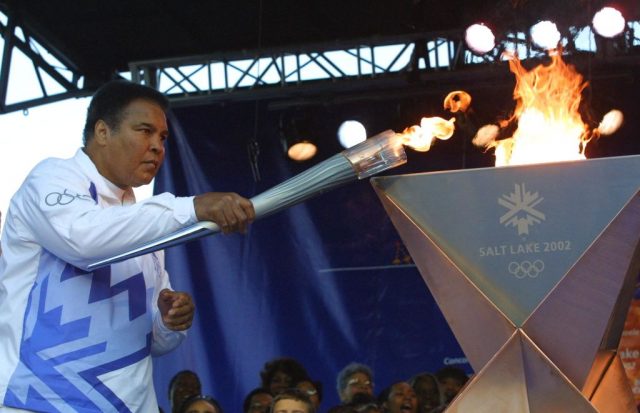 Muhammad Ali passed away in 2016, from septic shock aged 74. He suffered from Parkinson’s Disease, having been diagnosed in the 1980s.

Paying tribute, CBC Sports wrote: “He forced society to confront feelings about civil rights, race, religion and war through his defiance of convention and his own government.”