Did You Know Elves in Iceland Prevented a Road from Being Built for Eight Years?

You can be sure that if a government wants to build a new road or put up new houses, someone will protest about it. Perhaps the road plows through a site of special interest or greenbelt land, or maybe a protected species of animal has made its home right where the developers want to break ground.

In Iceland, in addition to environmental concerns, protests can be based on the fact that elves live in the vicinity and the construction project will damage their homes.

In one case, the construction of a road was delayed by eight years while a way was found to build around a stone that allegedly housed an elf church. 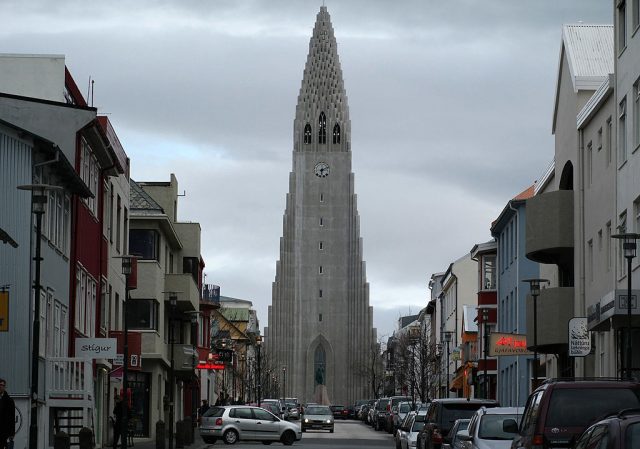 Icelandic elves go to church ”“ not manmade ones like this but their own churches inside rocks. (Photo Credit: Matt Cardy/Getty Images)

The huldufÃ³lk are Icelandic elves, also known as the hidden people. They’re pretty much the same size as humans and live in a parallel world similar to ours. They carry on normal lives alongside us that include fishing, farming, and raising families. They even go to church on Sundays.

They can help humans in trouble, but they can also cause mischief and injury to those who disrespect them.

One theory about how the elves came to be relates back to Adam and Eve. When God came to visit, Eve was ashamed of some of her children who hadn’t had time to wash, so she hid them away. Upon discovering them, God declared that what man had hidden from God, God would hide from man ”“ thus the fairies came into being, only visible to a few gifted people.

A 2007 survey by the University of Iceland found that while only 8% of respondents were certain that elves existed, over 80% refused to deny that their existence. And 62% believed that the existence of these beings was more than just a fairy tale.

The rock that housed an elf church 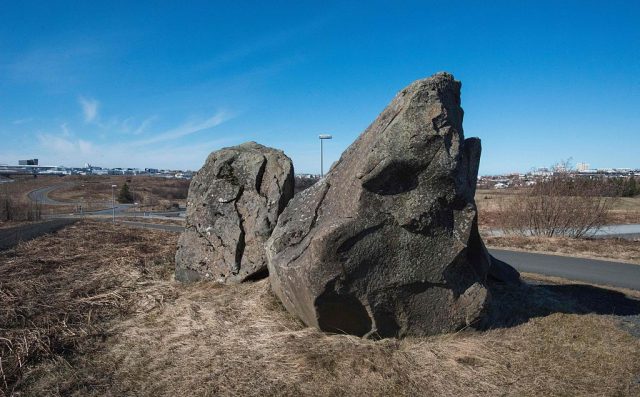 An elves palace in Reykjavik. Since the beginning of time, elves have been the stuff of legend in Iceland, but locals here will earnestly tell you that elves appear regularly to those who know how to see them. (Photo Credit: HALLDOR KOLBEINS/AFP via Getty Images)

Nowhere is this depth of belief more evident to the rest of the world than in the construction industry. One incident in particular made headlines outside of Iceland.

Just north of Reykjavík stands a rock known as Ã“feigskirkja. When plans were being made to build a road that would destroy the rock and cut through surrounding lava fields, protestors came forward and the project ground to a halt.

The ongoing dispute was covered by British newspaper The Guardian in two articles, one from 2013 and one from 2015. It was also reported on by the BBC in a website article from 2014.

The group Friends of Lava protested that there would be damage to the rocks of the GÃ¡lgahraun lava field. They were joined by Ragnhildur JÃ³nsdÃ³ttir, who claimed elves had spoken to her and warned her that they had a church inside Ã“feigskirkja.

JÃ³nsdÃ³ttir runs a business called The Elf Garden, a fairytale park within lava rocks that is sited in Hellisgerdi Park, HafnarfjÃ¶dur. Speaking to The Guardian in 2015, JÃ³nsdÃ³ttir said: “The elves contacted me in 2012 and pleaded with me to protect their chapel. They told me Ã“feigskirkja had been used as a beacon to guide people through the lava field for centuries, so they asked me to write to the mayor to halt the road.”

Thanks to JÃ³nsdÃ³ttir’s communication with the hidden people, a compromise was reached: the elves moved their altar and pews out of the rock, and the construction workers were able to move the obstacle out of their way and continue with the road. 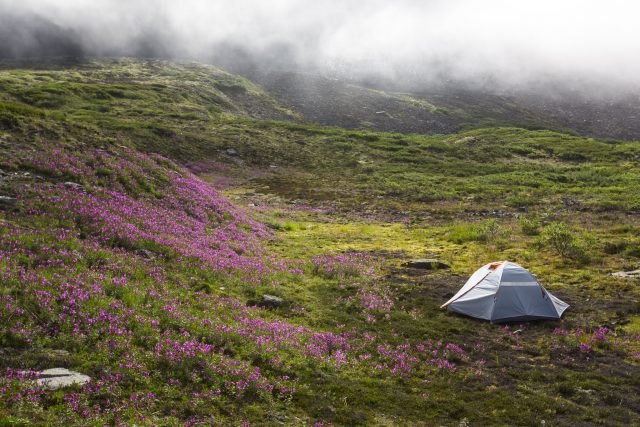 While such an approach might sound bizarre to those who don’t live in Iceland, many Icelanders have tales about how displeasing the elves got them into trouble.

Petur Matthiasson told the BBC in 2013 about how he forgot to pay his respects to the family’s protective elf before he went on a camping trip. “The next day, despite the overcast sky and drizzle, he woke up so badly blistered by what appeared to be sunburn that he could barely stand.”

Even with a wide range of personal stories, it might seem a little excessive for government agencies to take the idea of elves seriously, but there are plenty of tales of things going wrong on construction sites when the homes of elves are not respected. 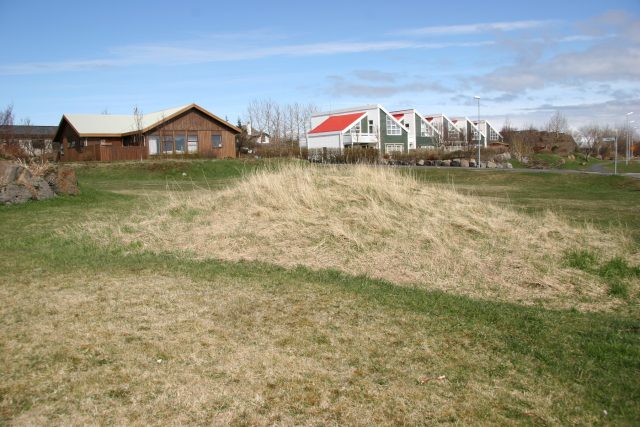 Bryndís BjÃ¶rgvinsdÃ³ttir, a writer and folklorist who teaches at the Iceland Academy of Arts in Reykjavik, told The Guardian: “There are many stories of machines breaking down and workers becoming ill when they interfere with elf rocks.“

In the 1970s, plans to move an elf rock resulted in a waterpipe being accidentally crushed. The pipe fed a nearby fish farm, and 70,000 trout perished overnight. This was just the first of many freakish accidents. In fact, there were so many misfortunes, the project was ultimately abandoned.

A rock known as ÃlfhÃ³ll (Elfhill) in KÃ²pavogur, south of the capital, disrupted roadworks from the 1930s onwards, with several projects being abandoned. When a renewed effort was made in the 1980s, TV crews turned up, some claiming that their cameras stopped working when focused on the rock. Eventually, a road was built around the stone.

With so many stories of accidents, The Guardian concludes that “even non-believers would rather play it safe than risk incurring the wrath of the huldufÃ³lk.”

The government’s official stance on elves 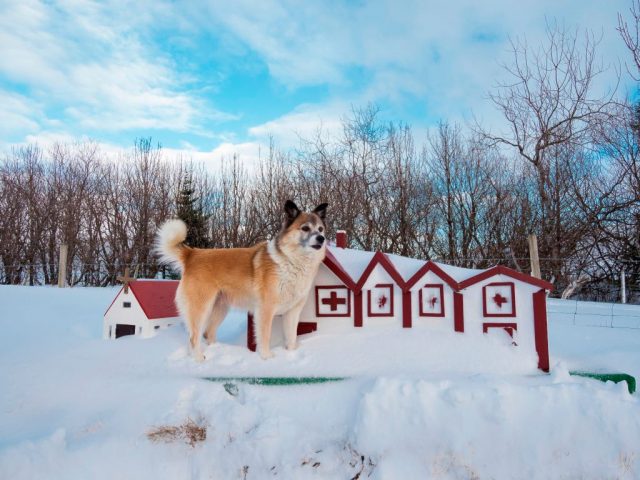 There are so many journalistic inquiries from around the world about how Iceland’s elves influence planning and construction that the Icelandic Road and Coastal Administration has actually developed an official response that it gives out:

“It cannot be denied that belief in the supernatural is occasionally the reason for local concerns and these opinions are taken into account just as anybody else’s would be.” The response also clarifies that in the past “issues have been settled by delaying construction projects so that the elves can, at a certain point, move on.”

An act was also introduced in 1990 offering protection for sites traditionally deemed to have supernatural significance. To qualify for protection, the supernatural phenomena must have been associated with that location for at least 100 years. 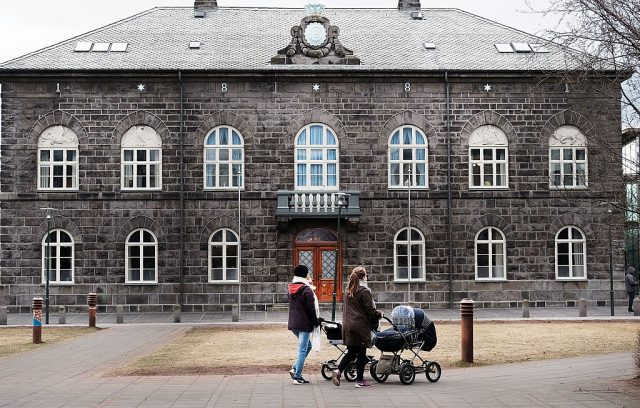 As reported by the All That’s Interesting website, Ãrni Johnsen, a member of the Icelandic Parliament, was driving on a desolate road in January 2010 when his vehicle left the road. Careening off a cliff, the car was stopped by a 30-ton boulder that stood 130 feet from the highway. The car was totaled, but Johnsen walked away without major injuries ”“ thanks to the elves that lived in the boulder, he believed.

When plans were revealed for a road to be built that would destroy the boulder, Johnsen paid for it to be shipped to his home via a ferry. 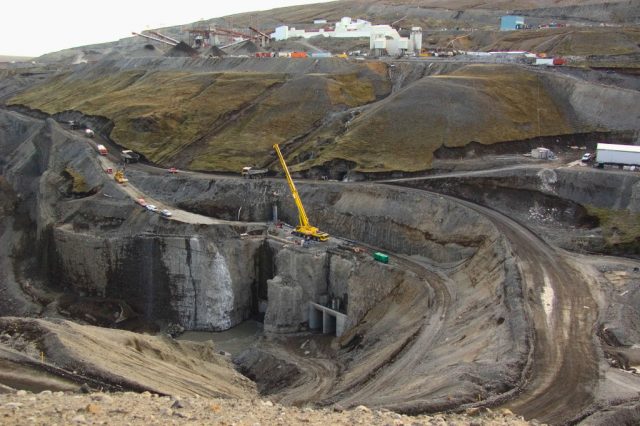 Karahnjukarin Iceland is the highest dam in Europe and the fourth in the world The project is a system of nine dams and 73 Kilometers of tunnels. (Photo Credit: Cinzia DAmbrosi /Construction Photography/Avalon/Getty Images)

Anticipating that there might be problems with elves being in the way, some companies are trying to stay ahead of the game, as Terry Gunnell, professor of folklore at the University of Iceland, told The Guardian.

“Companies planning large-scale projects now try to pre-empt problems with the supernatural world. For the huge KÃ¡rahnjÃºkastífla dam project in the east, consultants with clairvoyant skills were hired to check out the landscape first to ensure it was empty of elvish rocks. There’s now money to be made in this sort of consultancy work.” 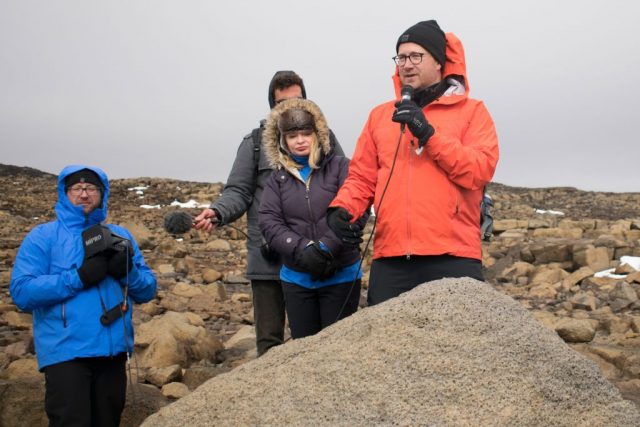 Andri Snaer Magnason speaks at the unveiling of a monument at site of Okjokull, Iceland’s first glacier lost to climate change in the west of Iceland on August 18, 2019. (Photo Credit: JEREMIE RICHARD/AFP via Getty Images)

Speaking to the British newspaper, Andri Snaer Magnason (a well-known environmentalist) described “the elf thing” around Ã“feigskirkja as “a bit annoying.” His main concern about the proposed road was that it would destroy nesting sites in the lava field.

However, he also went on to say: “I got married in a church with a god just as invisible as the elves, so what might seem irrational is actually quite common [with Icelanders].”

Gunnell, the professor of folklore, noted that Icelanders live in a place where the land can destroy your house through earthquakes and the weather can knock you off your feet. “In short,” he adds, “everyone is aware that the land is alive, and one can say that the stories of hidden people and the need to work carefully with them reflects an understanding that the land demands respect.”

Elves are here to stay 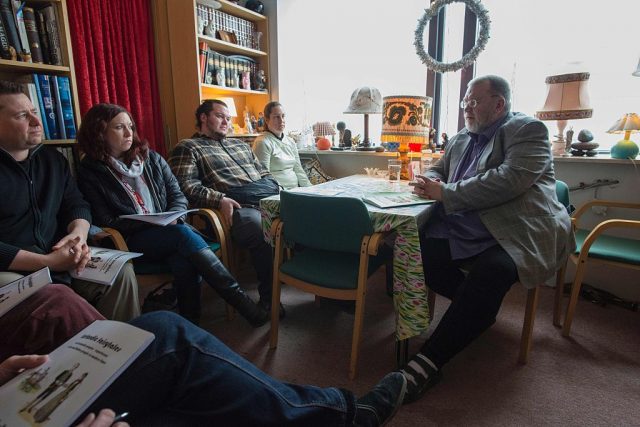 Anthropologist Magnus Skarphedinsson (R) talking to people in Reykjavik. Since the beginning of time, elves have been the stuff of legend in Iceland, but locals here will earnestly tell you that elves appear regularly to those who know how to see them. (Photo Credit: HALLDOR KOLBEINS/AFP via Getty Images)

MagnÃºs SkarphÃ©dinsson runs the Elfschool in Iceland where he gives informal lectures about the huldufÃ³lk. Having spoken to him a couple of times, the BBC reports that he’s interviewed 900 Icelanders who claim to have met an elf.

The writer and folklorist Bryndís BjÃ¶rgvinsdÃ³ttir teamed up with photographer Svala Ragnars to document how elves have shaped Icelandic society. Referencing the project, The Guardian reported how: “There are houses that step back respectfully from knobbly stones, driveways narrowed by great boulders past which cars must deferentially squeeze, and roads that split in two to honour sacred outcrops.”

More from us: Why Hermits Used To Roam Lavish Victorian Gardens

The article goes on to add: “In the town of HafnarfjÃ¶rdur, just outside Reykjavik, there’s a rock that protrudes so dangerously into the street that passing cars are forced to swerve around it. Look closely and you’ll see a rusty metal peg sticking out of it ”“ a mocking souvenir from the last time someone tried to shift it.”