Where is the Salvator Mundi, the world’s most expensive painting? And is it really genuine?

You might assume the most expensive painting in the world is sitting nicely in a museum such as the Louvre, but that’s far from the truth. Once thought lost but rediscovered and restored in 2005, the Salvator Mundi by Leonardo da Vinci was sold at auction in 2017 for a record-breaking figure. Despite being bought for a cultural display and said to be going on display in the Louvre Abu Dhabi, the painting instead has vanished.

So where is it now? And the bigger question: is it even a genuine da Vinci – a question that the art world has been asking itself for years? 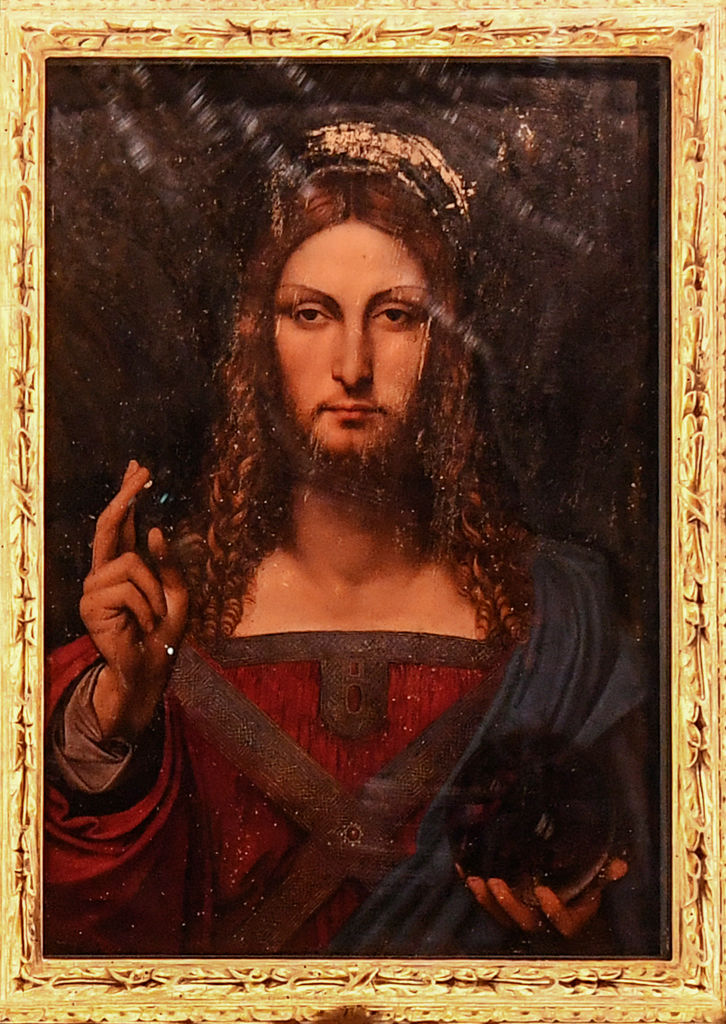 What is the Salvator Mundi?

The Salvator Mundi is an image that has been used in the past by a variety of artists, not just Leonardo da Vinci. For example, there is a Salvator Mundi painting by Andrea Previtali at the National Gallery in London.

Because of the specific style of this painting, historians believe it was likely commissioned by a patron, but who that might be is as mysterious as the painting itself. Guesses range from Louis XII of France and his consort Anne of Brittany, King Matthias Corvinus of Hungary, and Charles VIII of France.

It is believed that there are about 30 copies of this particular painting, including variations, that have been created by pupils and followers of Leonardo Da Vinci. Known as the Leonardeschi, this collection of artists worked in the studio or under the direction of Leonardo da Vinci himself. The number of copies suggests that there must have been one original painting, created by Leonardo himself, from which everyone worked.

But which painting is the original?

The original has been listed in various inventories throughout history but seems to have been lost around 200 years ago. In 1978, Joanne Snow-Smith put forward the argument that the copy in the Marquis Jean-Louis de Ganay Collection in Paris was the original. She claimed that the proof was in its similarity to Leonardo’s painting Saint John the Baptist, but few agreed with her.

Then, in 2005, a painting was acquired by an art consortium from the estate sale of a Baton Rouge businessman. They paid the New Orleans auction house a mere $1,175 for it.

Believing that they might have the original on their hands (albeit one that had been painted over at some point), the consortium brought in Dianne Dwyer Modestini from New York University to restore the piece.

Once restored, the painting was authenticated as that by Leonardo. Art historian Martin Kemp had been critical of Modestini’s efforts, stating that both the thumbs in their raw state “are rather better than the one painted by Dianne.”

However, in general, the world accepted this painting as being by Leonardo.

The Christie’s auction and the painting disappearance

The purchaser was Saudi Arabian prince Badr bin Abdullah. It was subsequently suggested by The Wall Street Journal that Prince Badr had been acting as a proxy for Crown Prince Mohammed bin Salman. But Christie’s later confirmed that Prince Badr was acting on behalf of Abu Dhabi’s Department of Culture and Tourism. He had acquired the painting for a display at the Louvre Abu Dhabi. 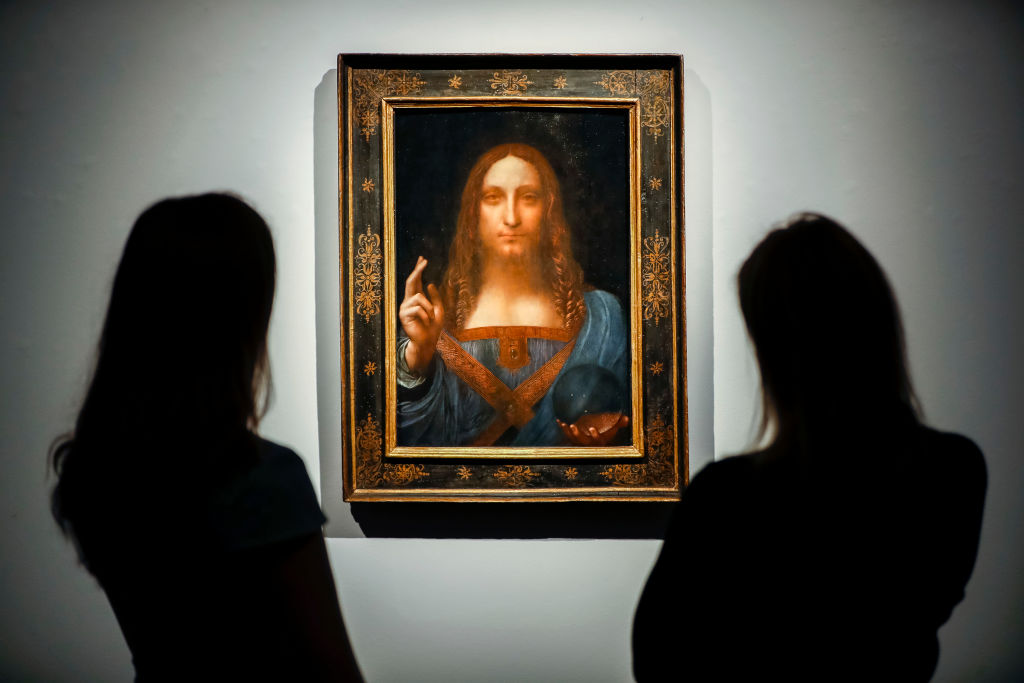 However, in September 2018, the exhibition was indefinitely postponed. If that was the case, then where was the painting and what would happen to it?

Some people think it’s safely stored away in a secure location in Geneva, while others believe it’s on the Prince’s half-a-billion-dollar yacht. No one knows for sure (except, presumably, the owners, but they’re not saying). 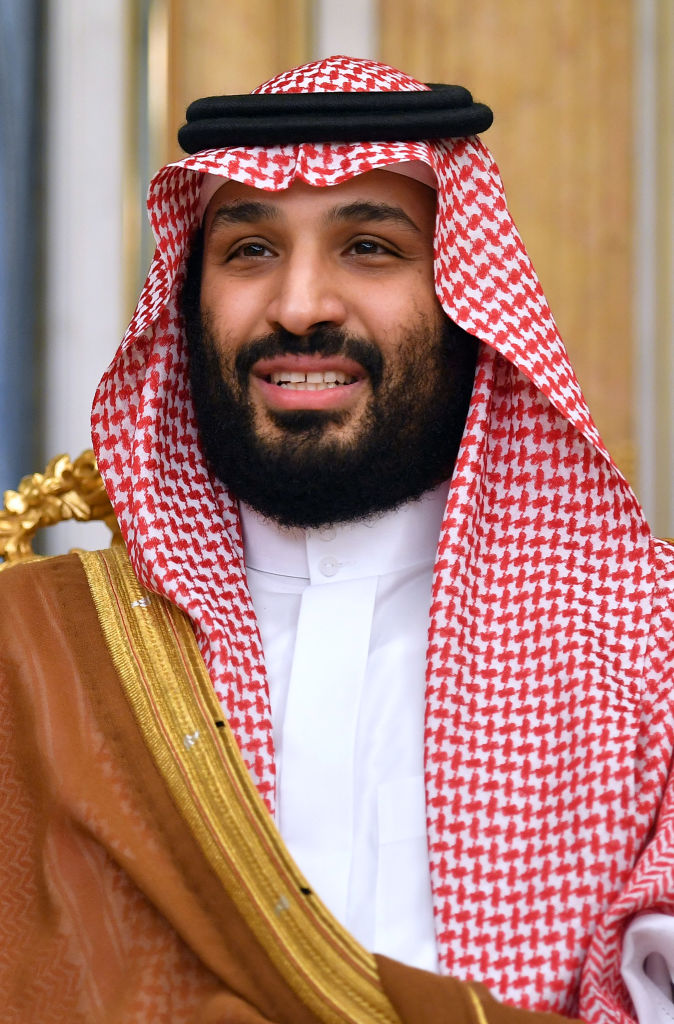 The artworld is still divided about whether the Salvator Mundi that was sold at Christie’s is the original or not, an issue that was highlighted in two documentaries this year: The Lost Leonardo and Saviour for Sale: Da Vinci’s Lost Masterpiece? In August 2021, the BBC Culture website reviewed both documentaries, detailing the new theories or facts they revealed.

The Lost Leonardo features Dianne Modestini herself, a fact that makes it “the better of the two films,” according to the review. It notes that while many in the art world still don’t believe Modestini’s claims that this is the original, she has documented her work and published her studies online in an effort to prove her assertions.

The Salvator Mundi painting was included in a 2011 exhibition at the National Gallery in London. Caryn James, writing for BBC Culture, states that “the exhibition went a long way toward legitimizing a shaky attribution.”

As well as examining the painting itself, The Lost Leonardo looks at the art world today, speaking to people who buy and sell art.

The loan to the Louvre that never happened

The documentary also has some information on the Louvre in Paris, which wanted to include the painting in a 2019 exhibition celebrating Leonardo’s 500th anniversary. It is alleged that when bin Salman visited President Emmanuel Macron, it was hoped that something could be arranged. However, The New York Times reported rumors that bin Salman wanted his painting hung in the same room as the Mona Lisa, affording it a similar status, and that was why the Louvre never proceeded with the loan.

The Louvre exhibition is something that Saviour for Sale focuses on as well, including two anonymous sources, stated to be high-ranking French government officials. Claiming to have seen documents held by the Louvre about the painting, these sources suggest that Leonardo contributed elements to the painting rather than painting it himself. They add that “exhibiting under the Saudi conditions would be like laundering a piece that cost $450 million.”

The debate goes on

Martin Kemp, who helped authenticate the work, described in 2011 how the hair looked like “a living, moving substance, or like water, which is what Leonardo said hair was like.” He also described the painting as having an “uncanny strangeness” that is found in other Leonardo works. In 2007, he had concluded that “However skilled Leonardo’s followers and imitators might have been, none of them reached out into such realms of ‘philosophical and subtle speculation.’ We cannot reasonably doubt that here, we are in the presence of the painter from Vinci.”

In contrast, art historian Frank Zöllner says in The Lost Leonardo that Dianne Modestini has made it “more Leonardesque than Leonardo had done.”

Will the mysterious history of this painting ever be solved? And will the world ever get to see it again? Talking to BBC Culture, Andreas Dalsgaard, a producer and writer of The Lost Leonardo, says: “As long as this painting is hidden from the world and the future and fate of this painting is unknown, it’s going to be clouded in a realm of mystery and the world will be ready to read anything new. Because at the end of the day, it’s an entertaining story.”

« The Unusual Origin Story Behind The Who’s Biggest Hit
How Come These VHS Tapes Sell For Very Hefty Sums? »