New findings regarding the discovery of the tomb of Ancient Egyptian nobleman Khuwy have the potential to change our view of the civilization’s embalming techniques. The tomb dates back to the Old Kingdom, which existed from 2575 BC to 2150 BC. 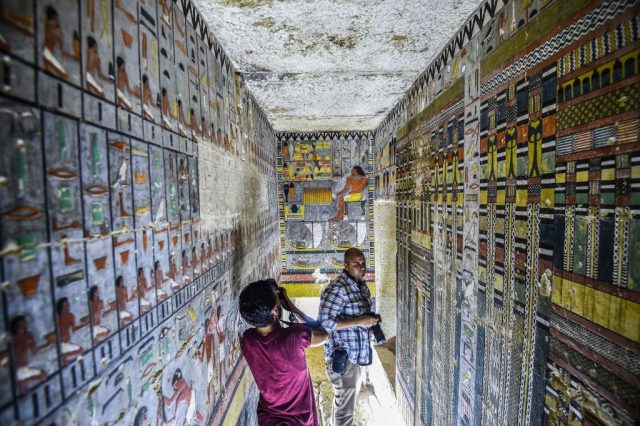 According to a team of researchers, the body of Khuwy shows mummification techniques used 4,000 years ago were much more advanced than previously thought. In particular, the embalmers bathed the body in resins made from tree sap and wrapped it in high-grade bandages, a technique originally thought to have begun 1,000 years later.

A deep dive into the research will occur during the airing of National Geographic’s new series, Lost Treasures of Egypt. The show premieres on November 7, 2021. 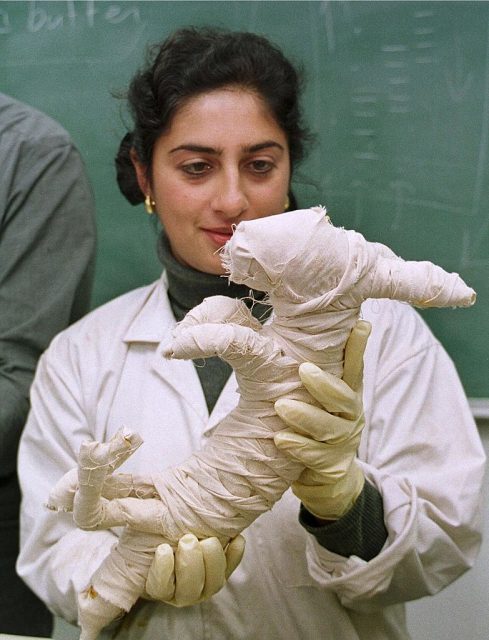 Speaking with the Observer, Professor Salima Ikram, head of Egyptology at the American University in Cairo, said the findings would mean a complete re-examination of history’s view of the Old Kingdom. “If this is indeed an Old Kingdom mummy, all books about mummification and history of the Old Kingdom will need to be revised,” she explained. “This would completely turn our understanding of the evolution of mummification on its head.

“The materials used, their origins, and the trade routes associated with them will dramatically impact our understanding of Old Kingdom Egypt. Until now, we had thought that Old Kingdom mummification was relatively simple, with basic desiccation – not always successful – no removal of the brain, and only occasional removal of the internal organs. Indeed, more attention was paid to the exterior appearance of the deceased than the interior.

“Also, the use of resins is far more limited in the Old Kingdom mummies thus far recorded,” she continued. “This mummy is awash with resins and textiles and gives a completely different impression of mummification. In fact, it is more like mummies found 1,000 years later.” 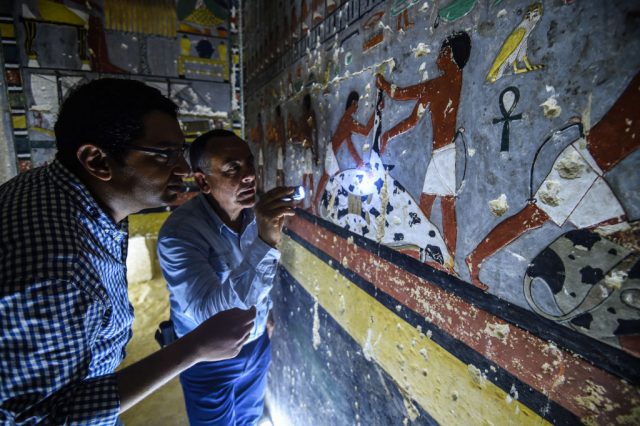 Khuwy was found in a tomb in the necropolis of Saqqara. His identity remained unknown until hieroglyphics revealed who he was. It has since been determined he was a high-ranking official in the Fifth Dynasty – a 150-year period lasting from the early 25th century BC until the mid-24th century BC – and was related to the royal family.

The sarcophagus in which the remains were housed was located in an austere burial chamber separated from the main tomb by a wall. Pottery and canopic jars used during the mummification process were also found in the tomb and appear to date back to the Old Kingdom. 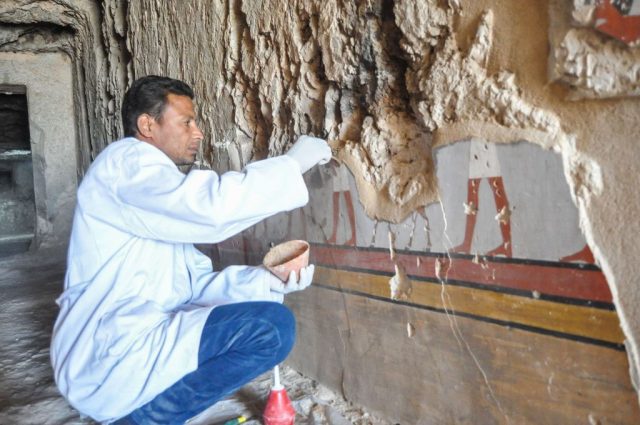 More from us: Voice of an Actual Egyptian Mummy Heard for First Time in 3,000 Years

Tests are being conducted to confirm whether the remains are actually those of Khuwy. One possibility posited by the team is that another individual could have been mummified and buried in the tomb centuries later, meaning the body possibly doesn’t belong to the Ancient Egyptian noble.