Get In A Spin Over These Vanna White Facts

Vanna White has been the face of Wheel Of Fortune since 1982. The game show hostess remains popular to this day. But what lies behind the glitter and those big money spins?

Read on to find out how fortune has favored Vanna White with this selection of facts. We’ve chosen a lucky ‘7’ for the numbers.

7. She played a Goddess of Love 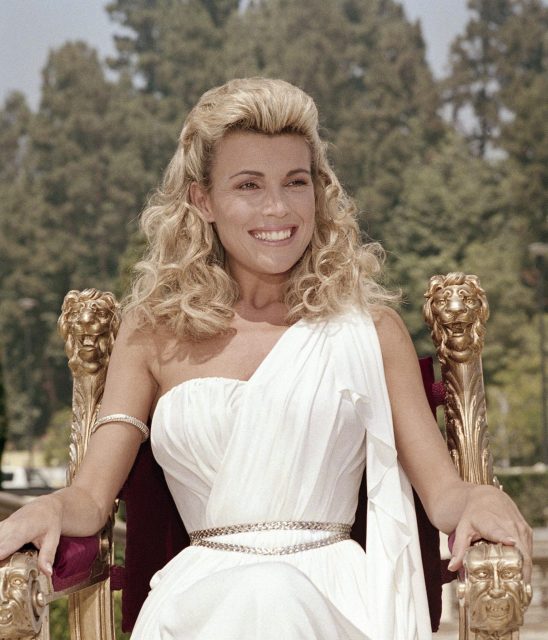 White began as a model and actress. She kept performing after joining Wheel Of Fortune, notably in a TV movie named Goddess Of Love.

Taking the title role of Venus, she played opposite David Naughton (An American Werewolf in London), Little Richard, and Indiana Jones/Lord Of The Rings star John Rhys-Davies, who portrayed Zeus!

It reportedly isn’t a classic, with a Rotten Tomatoes rating of 12%. 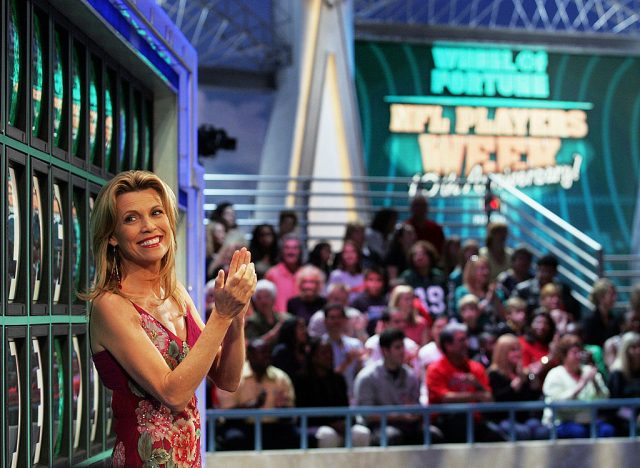 As you can imagine, being on Wheel of Fortune requires a lot of clapping. It must be hard on the contestants’ hands. So think what it’s like for the hosts!

In 2013, White received a certificate from Guinness, confirming her World Record as “Television’s Most Frequent Clapper.” Her tally runs into the millions.

5. Wheel of Fortune is thirsty work 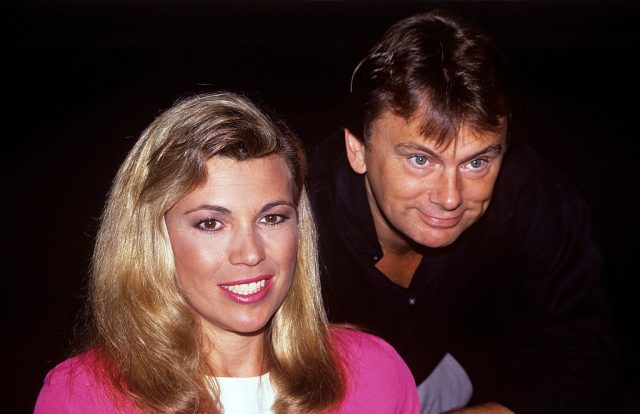 In 2012, host Pat Sajak make a confession on ESPN 2. He and White may have enjoyed the odd tipple during a busy day’s taping for Wheel of Fortune.

Sajak said that, post quenching, they would: “come and do the last shows and have trouble recognizing the alphabet.”

4. Samsung got on the wrong side of her 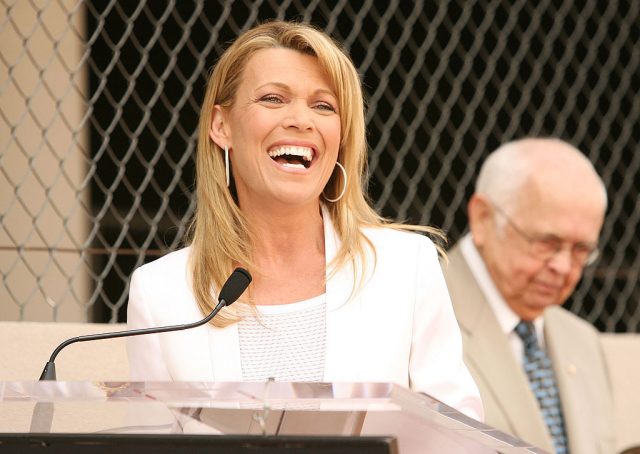 Vanna White during Vanna White Honored with a Star on the Hollywood Walk of Fame for Her Achievements in Television at Walk Of Fame in Hollywood, California, United States. (Photo Credit: Jason Merritt/FilmMagic)

Life must be fun working on a game show. However, that doesn’t give people license to poke fun at Vanna White. Samsung learned that to their cost in 1988.

The tech giant decided to give consumers a glimpse of the distant future: 2012. Wheel of Fortune is now hosted by… a robo-hostess. Reflecting the times, this electronic letter spinner wore a blonde wig and a dress.

White was not impressed and took Samsung to court, claiming they’d used her image without her permission. She walked out of the chamber $400,000 richer. 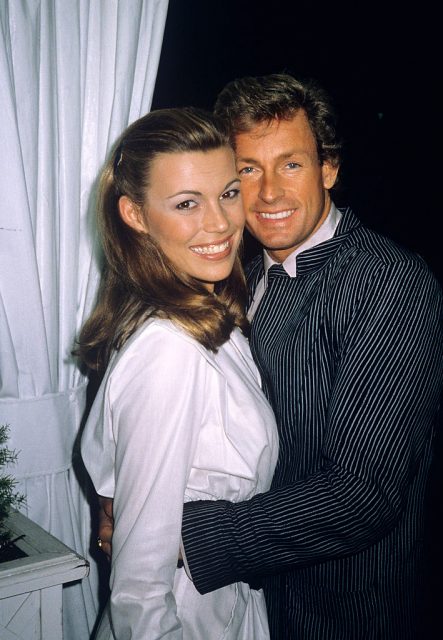 Like most people, Vanna White has experienced tragedy alongside triumph. FiancÃ© John Gibson, star of The Young and the Restless, died in a 1986 plane crash. She credited the support and kindness of faithful Wheel viewers for helping her get through the pain of her loss.

In 1992, White announced she was with child. She chose a unique way to do it – during a round on Wheel of Fortune. A puzzle eventually revealed itself to be “Vanna’s Pregnant.” Sadly, she suffered a miscarriage.  The father was her then-husband, George Santo Pietro. They went on to have two children.

Today, White has a long-term partner in contractor John Donaldson. To Closer Weekly, she said about her beau, “He is kind, understanding and lets me be me.” As of summer 2021, the two are said to be close to marriage. 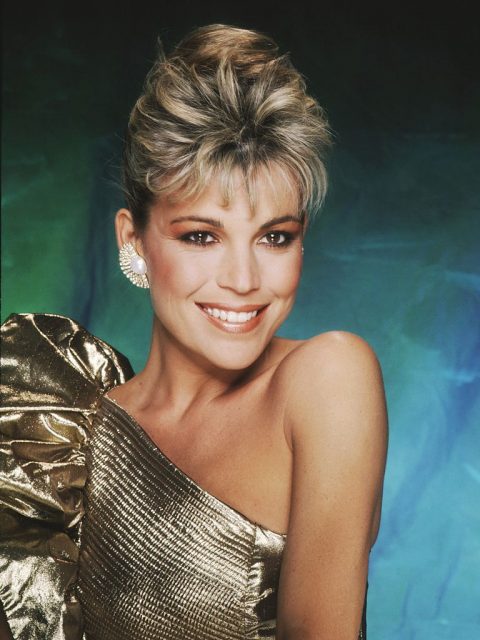 Being a hostess on Wheel of Fortune means long hours. And plenty of wardrobe changes. White has reportedly avoided duplicating her dresses in all the years she’s worked for the show.

She’s worn approximately 6,500 gowns! White “tries on at least 50 dresses in a day before choosing which outfit she will wear on the show.” There’s also a nail-biting “10 minutes in between show tapings” for her to change. 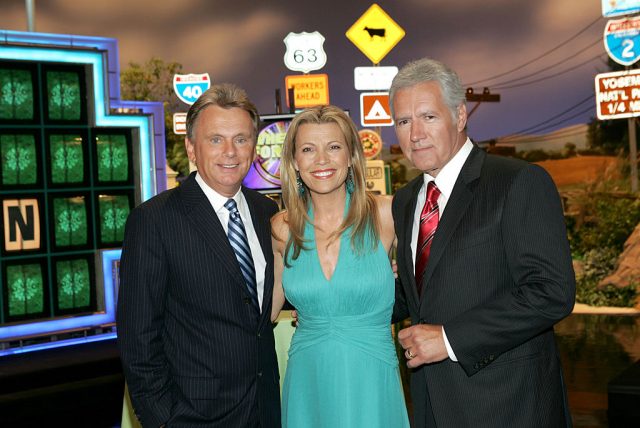 Is Vanna White happy as a game show host? Absolutely. She started off spinning in the 1970s before winning the big money job. There was actually a point in 2019 when she had to fill Pat Sajak’s shoes while he underwent emergency surgery.

More from us: The Price is Right! Behind the Scenes of America’s Favorite Game Show

Some believe she should have shown more ambition as a high-profile woman. Yet White – who’s also a charitable philanthropist – is content where she is.

Quoted by Glamour, White said she’s “the first person to make fun of my job. Wow, I turn letters.” But she goes on to call Wheel of Fortune “a half hour of lightness, sincerity, and happiness.”

She and Sajak are upping their game till at least 2024.