Baskin-Robbins, the 77-year-old ice cream shop, has just unveiled some changes to its branding, including a new logo and flavors. This is the first major update since 2006, with the company’s goal being to modernize the brand while honoring the childhood memories many customers have about visiting its shops with parents and grandparents. 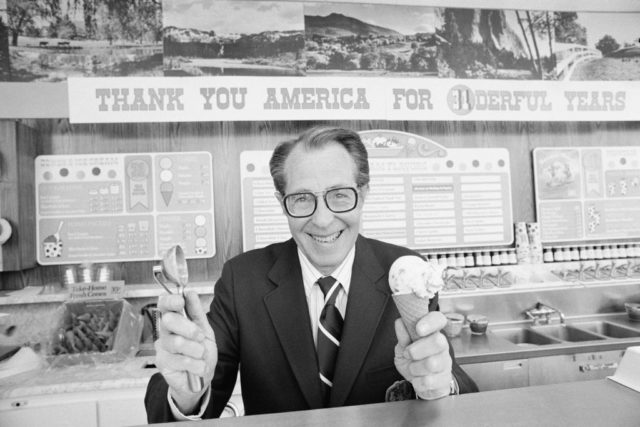 “Grounded in authentic emotion, the rebrand was inspired by the happiness ice cream brings to every moment,” said Jerid Grandinetti, vice-president of marketing and culinary. “We wanted Baskin-Robbins’ new logo and branding to reflect the modern, yet nostalgic feeling of enjoying your favorite ice cream to celebrate moments big and small.”

The company’s previous blue and pink branding, featuring a playful font, has been replaced by a new logo, packaging and uniforms in brown and blue, brown and pink, and pink and white. A new tagline, “Seize the yay,” was also introduced.

This updated theme is a nod to Baskin-Robbins’ first advertising campaign in 1953, which was the year the ice cream shop introduced its concept of 31 flavors – one for each day of the month. Both the new and old logos have the number “31” hidden between the letters “B” and “R,” something many people are just now noticing.

It took Baskin Robbins getting a new logo for me to realize there is "31" within it pic.twitter.com/SWcPPdCDDs

In addition to the refreshed branding, Baskin-Robbins is also set to sell a limited-edition collection of merchandise such as hats, bikes and skateboards. “We want to make sure that we celebrate along with our guests,” said Grandinetti. “What better way to do that than to provide some fun buzzworthy” items that fit in with customers’ “everyday lifestyle.”

The new merch will be available at a dedicated website, ShopBaskinRobbins.com, beginning April 18, 2022. 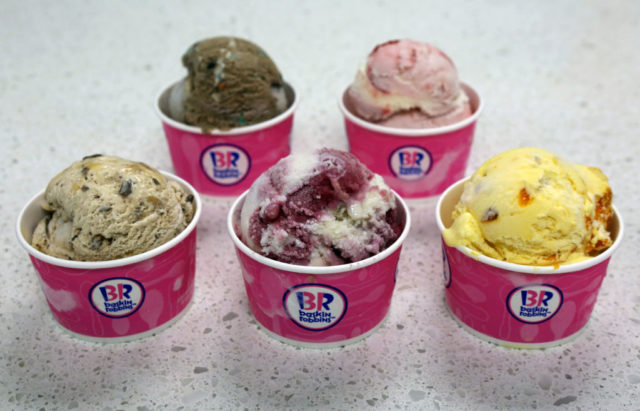 Ice cream fans might be most excited about three new flavors the company is releasing as part of the big rebrand:

More from us: We Still Can’t Wrap Our Minds Around the Terrifying Legend of ‘The Bell Witch’

There are 7,700 Baskin-Robbins stores open globally, and sales have been up since the pandemic. President Jason Maceda says to keep that momentum the company aims “to capture the next generation of ice-cream lovers through our new look and manifesto.”