Did This Murder-Suicide Lead to the Assassination of Franz Ferdinand and the Start of WWI?

You may not have heard of it, but the Mayerling incident in 1889 was arguably the first in a series of events that led all the way to the First World War in 1914. So what exactly was it?

As the only son of Emperor Franz Joseph and Empress Elisabeth, Crown Prince Rudolf was the heir apparent to the Austro-Hungarian throne following his father’s reign. He was not a faithful man, and despite his marriage to Princess Stéphanie of Belgium, he had many mistresses. With Stéphanie he had one daughter, but through his affairs, he contracted syphilis and passed it onto his wife, making her unable to have any more children. He would be without a son. 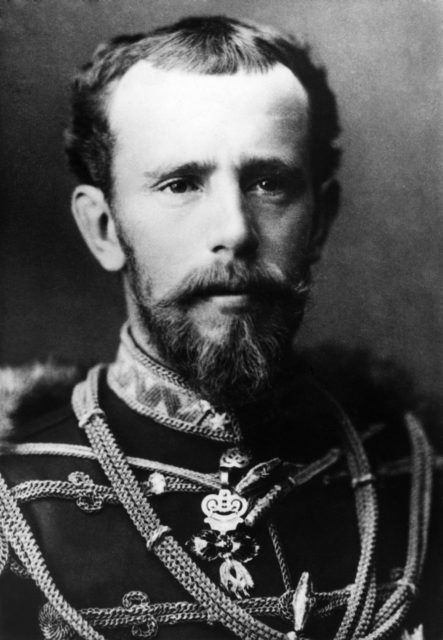 One of his mistresses, Baroness Mary Vetsera, was the daughter of an Austrian diplomat and at only 17 years old, believed she could not live without the love of the crown prince, who was 30. After a heated argument in which the emperor demanded that his son stop seeing his teenage mistress, Rudolf and Vetsera rendezvoused to his hunting lodge. 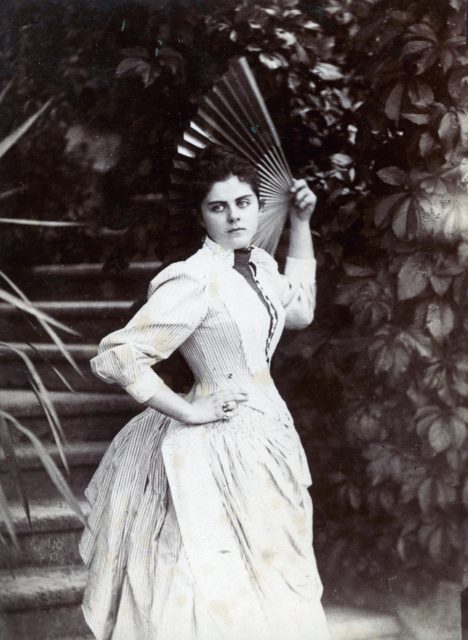 Found at the lodge

When Rudolf’s valet, Loschek, and hunting buddy, Joseph Graf Hoyos, went to go fetch him at his lodge at Mayerling in the Vienna Woods, they were unable to open the door and grew worried when there was no response from the crown prince. After attempting to break the door down, Loschek used a hammer to split the door panel and open it from the inside. 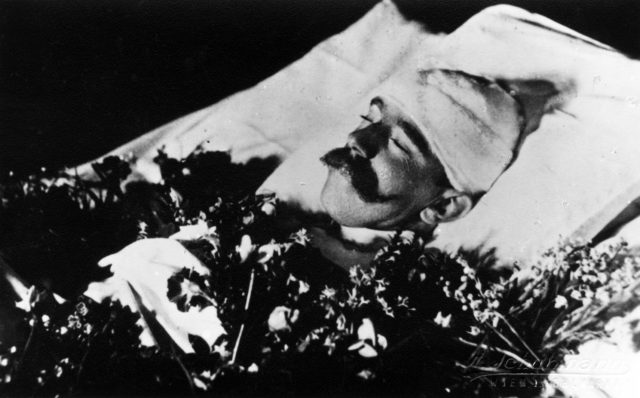 Once inside, they found the crown prince sitting beside the bed, head leaning forward and bleeding from his mouth. His mistress, Vetsera, was lying dead on the bed beside him, with rigor mortis having already set in. Loschek immediately assumed the crown prince had been poisoned, though it was later proven that he shot Vetsera and himself. Loschek and Graf Hoyos rushed to the station to catch a train to Vienna.

The death of Crown Prince Rudolf caused chaos for the Austro-Hungarian dynasty. As Emperor Franz Joseph’s only son, he was the only true heir to the throne. Following Rudolf’s death, the emperor’s brother, Karl Ludwig, became the heir-presumptive. After Karl’s death in 1896, his son, Franz Ferdinand, became the next heir-presumptive in line for the throne. 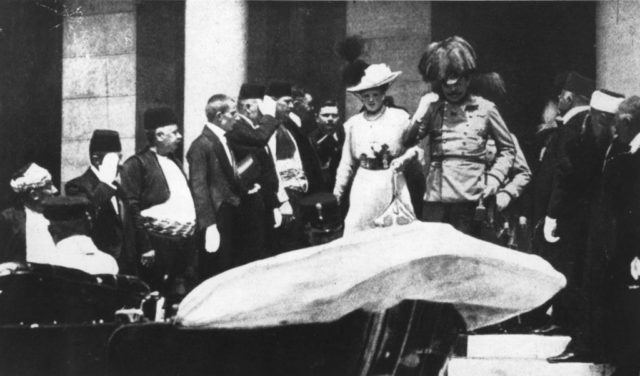 Archduke Franz Ferdinand (1863 – 1914) of Austria, and his wife Sophie, approach their car during a visit to Sarajevo. Moments later they were assassinated. (Photo Credit: Hulton Archive/Getty Images)

Franz Ferdinand held significant influence over the army and would go on to be inspector general of the Austro-Hungarian armed forces in 1913. He was assassinated in 1914, which led to the July Crisis and the declaration of war against Serbia, ultimately triggering the start of the First World War.

There are different theories surrounding the motivations and death of the crown prince and his mistress. One is that he felt guilty for having given his wife syphilis and actually offered the suicide pact to other mistresses before Vetsera. However, after being rejected, he felt that his younger mistress could be easily persuaded. There is also a theory that Rudolf was shot by a member of Vetsera’s family after they forced their way into his lodge, and that Vetsera was accidentally shot in the commotion. 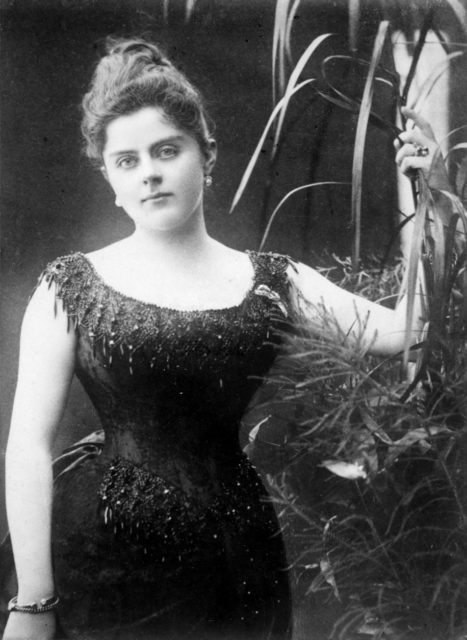 Another theory is that the crown prince struggled with his mental health stemming from abuse as a child, which culminated in the suicide pact. Others believe that Vetsera was actually three months pregnant with Rudolf’s child and during an abortion he had scheduled at the lodge, she died and he committed suicide in his sadness. 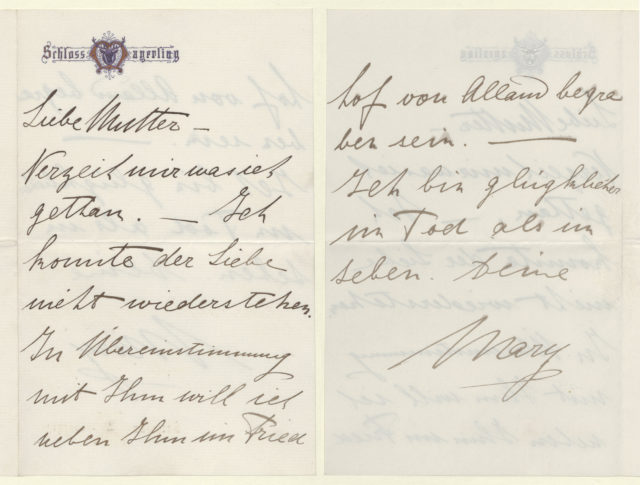 Handwritten letter from Mary explaining to her mother the planned suicide, reading “I could not resist love”, and “I am happier in death than life”. (Photo Credit: Baroness Mary Vetsera / Austrian National Library / Wikimedia Commons / Public Domain)

Whatever the reason behind it, the suicide of the crown prince started the snowball effect that led to the start of WWI.

« Jayne Mansfield’s Strange Fascination With Satanism
Was That Zebra Scene in ‘Bridgerton’ Accurate? The Answer May Surprise You! »