The then-rising model and TV star, Farrah Fawcett, became an absolute icon of the 1970s in more ways than one. Besides her role as Jill Munroe on the TV series Charlie’s Angels, Fawcett modeled in one of the most historic and highest-selling photos of the decade. A poster of the photo, which showcased her wholesome beauty and sex appeal, sold over 5 million copies in its first year alone.

The unconventional way in which this iconic 1976 photo was shot makes the poster that much more incredible. 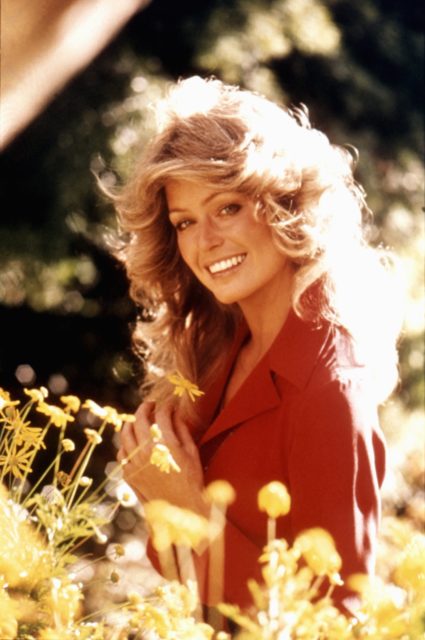 Co-owner of poster manufacturing company Pro Arts Inc., Ted Trikilis, got the idea to photograph Farrah Fawcett from his neighbor’s son. He suggested the idea to Trikilis after explaining how guys in his dorm room were purchasing magazines that contained her advertisements so they could post them on their walls.

After approaching Fawcett with the poster idea, she agreed. She thought it would be “cute” and wanted to make sure she got her share of the profits. Trikilis and Fawcett struck a deal and after being disappointed by the work of two photographers, Fawcett suggested that Bruce McBroom – a photographer with whom she had worked before and whose work she admired – be hired to take over the poster photoshoot.

No stylists, no designers, no problem 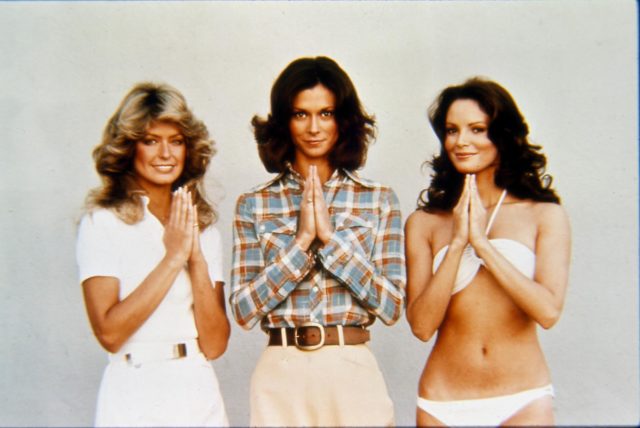 With McBroom on board, they headed to Fawcett’s home in Los Angeles to set up the shoot. Having learned that Trikilis wanted the poster to include her in a bikini, Fawcett told McBroom she was going to “just do it the way I want.” With no stylists and no designer bikinis provided, Fawcett headed upstairs and did her own hair, her own makeup, and picked out some options from her own closet.

After a full day of shooting, McBroom was unhappy with his results. None of the photos were quite poster-worthy. Feeling a little frustrated, McBroom told Fawcett that she knew how she looked best and asked if she had anything else she could put on. After revisiting her closet, she came down with the iconic red one-piece swimsuit.

We got the shot! 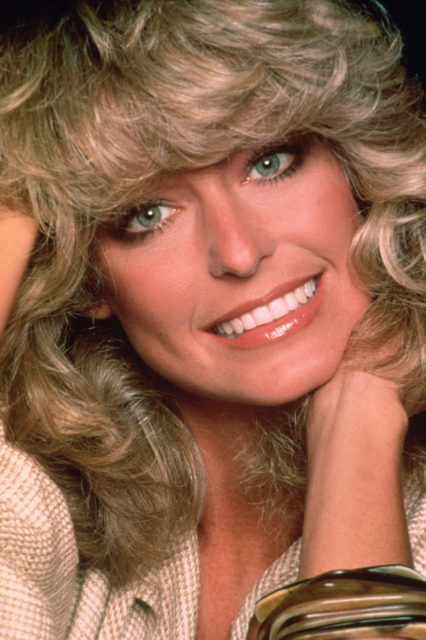 The swimsuit was perfect. It was bright against Fawcett’s tanned skin and conveniently hid a childhood scar on her belly that she intended to hide in the poster photo in the first place. The perfect backdrop to match? McBroom’s blanket from Mexico he had in the back of his pickup truck. Quickly, he began shooting on his last roll of color film. The swimsuit wasn’t overly revealing, but her chest was clearly outlined by the red fabric. In a sitting pose and grinning big, Fawcett and McBroom finally got the shot. 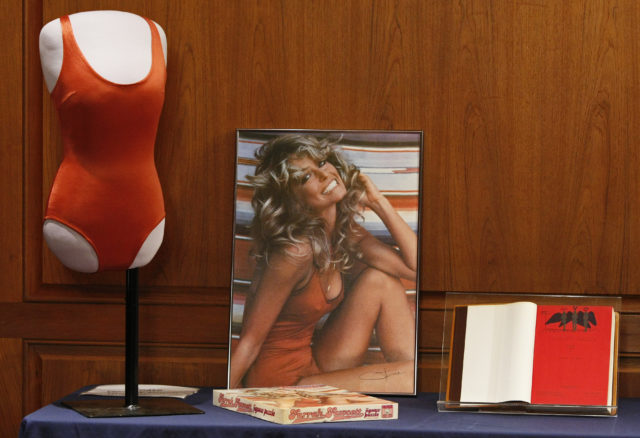 Outlined in her deal with Pro Arts Inc., Fawcett got to pick which photo she approved for the poster and which other ones needed to be destroyed, and boy, did she pick a winner. Her selection is considered to be the best-selling poster of all time and made her upwards of $400,000 in royalties.

More from us: You Won’t Believe What These ’70s Starlets Look Like Now

The red swimsuit, as well as a copy of the poster, were donated to and are now on display at the Smithsonian’s National Museum of American History.