Often, we don’t think about the origin of a phrase while we are saying it. We tend to pick up words or sayings from our friends and incorporate them into our vocabulary without ever really considering where they came from. The origins of words and phrases are often forgotten, but they can provide a history lesson. Sometimes, the histories of ordinary and common phrases are much darker than we anticipated. 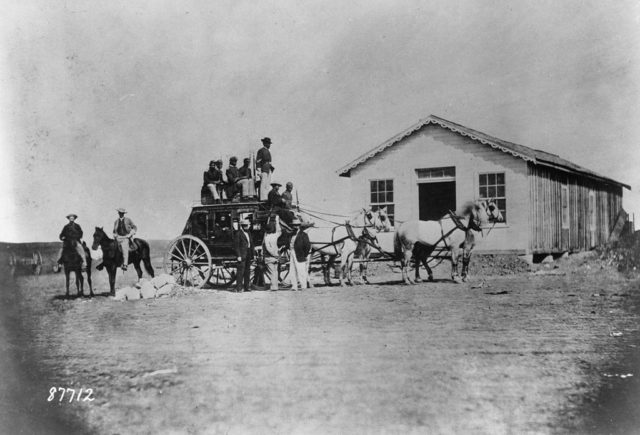 An American Stagecoach in the west, circa 1869. (Photo Credit: MPI/ Getty Images)

As kids, we used to love to call “shotgun” before a long car ride. Riding shotgun simply means sitting in the passenger seat of a vehicle. This phrase originated in the American stagecoach era, which began in the early 1700s and lasted nearly 200 years.

The American West could be a lawless place. Roads were not yet well established during this time and were frequented by bandits. As such, next to the stagecoach driver sat an individual armed with a weapon to protect the passengers. This individual was typically armed with a shotgun with scatter pellets.

The term “riding shotgun” wasn’t widely used until the twentieth century. The phrase began popping up in newspapers, then early Hollywood westerns, until it was eventually used in everyday language. 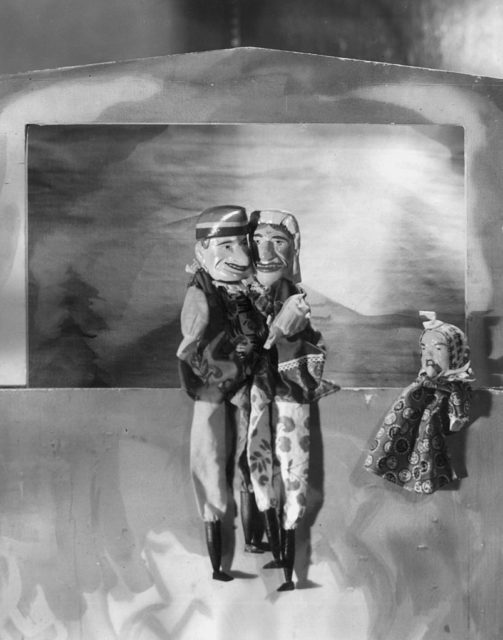 Hand puppets depicting Punch with his wife Judy and their baby from the English puppet show Punch and Judy which is traditionally performed at the seaside. (Photo Credit: William Davis/ General Photographic Agency/ Getty Images)

When we say we are “pleased as punch” we are telling someone we are happy and satisfied. This phrase actually originated from the children’s puppets Punch and Judy. Although these puppets were intended for children, their original storyline is very dark.

The Punch and Judy storyline typically follows the same trajectory each time it’s told: Something angers Punch, who then beats his child and wife (Judy) to death before killing some sort of authority figure (a policeman, doctor, or concerned citizen) who comes to investigate.

Punch, who was always satisfied with his sadism, would utter his catchphrase, “That’s the way to do it!” By the early 1800s, the phrase “Pleased as punch” was coined to represent the Punch puppet being so happy and satisfied with his awful deeds. 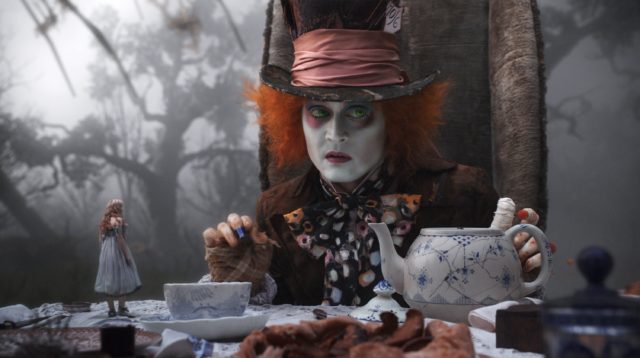 When we say “mad as a hatter,” we can’t help but think of the Mad Hatter from Alice in Wonderland – which still sort of gives away what this phrase means. Mad as a hatter is a term used to describe someone or something who has gone “crazy” and is prone to unpredictable behavior.

Mercury nitrate continued to be used in hat-making well into the twentieth century. It was only banned from felt production in America in the 1940s. 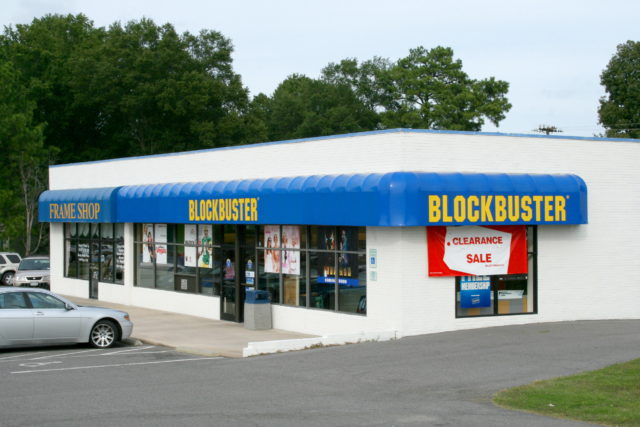 When we hear someone talking about a “blockbuster,” we usually assume they’re talking about a high-profile Hollywood movie or a once-popular movie rental franchise that has since shut down.

The word “blockbuster” first appeared on the pages of TIME in an article on the Allied bombing on November 29, 1942. The bombs were dubbed blockbusters because of their ability to destroy an entire city block at once. The British Royal Air Force’s blockbusters were basically huge cylinders filled with explosives that caused massive damage when dropped. It was only in the 1950s that the term blockbuster started being used in an entertainment context. 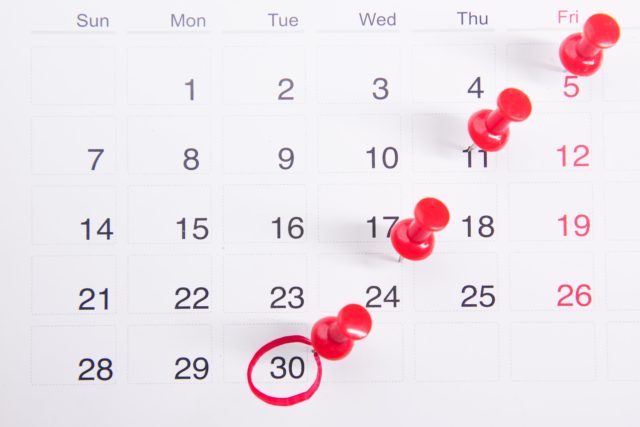 When we need to meet a deadline, we know that we have to finish a project or task at a given time. This phrase has generally invoked a sense of dread.

“Deadline” has a few early uses but the term in the modern sense originated during the American Civil War. During the Civil War, a “dead-line” marked the boundary surrounding a prison. Sometimes the dead-line was in the form of a ditch while other times it was a line drawn in the dirt around a prison. Anyone who wandered beyond the dead-line risked being shot and killed. Luckily, today if you miss a deadline, your life isn’t on the line! 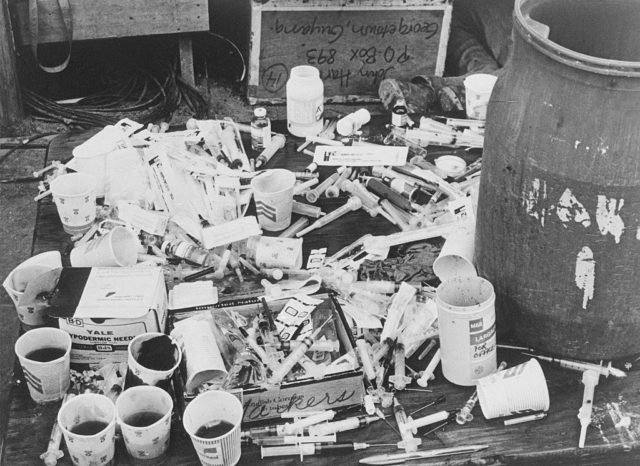 A pile of paper cups with cyanide-laced fruit punch, and a pile of hypodermic syringes, found at Jonestown by Guyanese officials. (Photo Credit: Bettmann/ Getty Images)

If you have an interest in cults, the origin of this phrase might seem fairly obvious. To “drink the Kool-Aid” means to demonstrate unquestioning obedience to something or someone. The phrase originated after the events that transpired in Jonestown, Guyana, on November 18, 1978.

On that date, over 900 people who belonged to the California-based Peoples Temple cult committed mass suicide by drinking fruit punch laced with cyanide, tranquilizers, and sedatives. The murder-suicides took place at the Jonestown compound and were orchestrated by cult-leader Jim Jones. The victims of the Jonestown massacre actually drank an off-brand powdered drink called Flavor Aid that was misidentified as Kool-Aid. 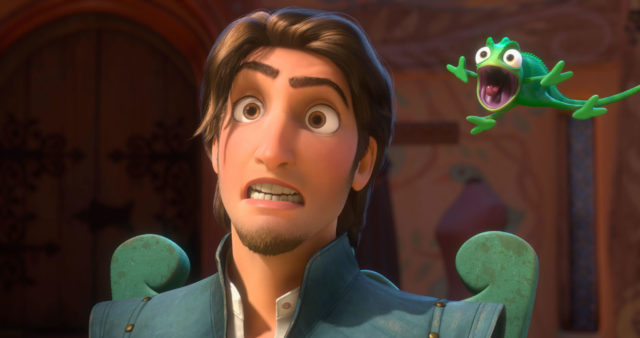 The phrase “pulling my leg” usually means that someone must be joking or teasing or making something up. However, the origin of this phrase is much dark than someone just telling a joke.

The most popular origin story about how this term came about suggests that thieves used to pull at people’s legs to trip them. Once their victim had fallen to the ground, it would be much easier for the thief to rob them. Some people believe thieves did this in medieval markets or Victorian London, but there is no substantial evidence to back this claim up. 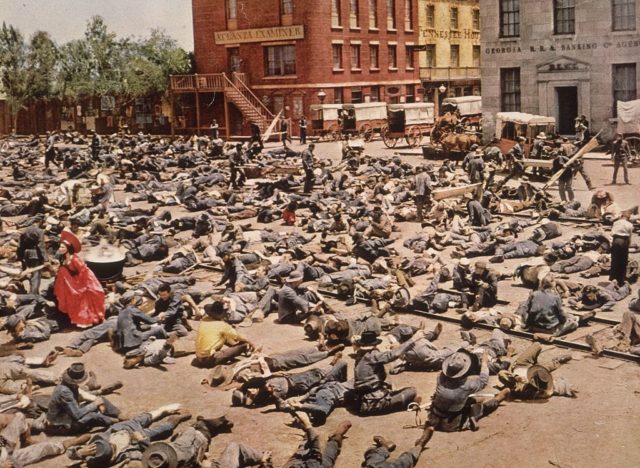 British actress Vivien Leigh as Scarlett O’Hara walking through ranks of wounded soldiers in the streets in a scene from ‘Gone With The Wind’. (Photo Credit: Hulton Archive/ Getty Images)

To “bite the bullet” means to finally do something difficult or unpleasant that you have been avoiding or putting off. The earliest written account of this phrase comes from Rudyard Kipling’s 1891 novel, The Light That Failed. The passage that mentions this phrase reads: “‘Steady, Dickie Steady!’ said the deep voice in his ear, and the grip tightened. ‘Bite on the bullet, old man, and don’t let them think you’re afraid.'”

Although the expression first appeared in writing at the end of the nineteenth century, many people believe the phrase to be much older. It is thought that “biting the bullet” was derived from the battlefield. Soldiers who were undergoing surgeries without any anesthesia were commonly given something solid to bite down on – like a bullet – which prevented them from crying out in pain or biting their tongues.

Another theory suggests that soldiers would bite down on a bullet while being flogged. In the 1788 edition of A Classical Dictionary of the Vulgar Tongue, author Francis Grose (who had been a soldier) wrote: “Nightingale. A soldier who, as the term is, sings out at the halberts. It is a point of honour in some regiments, among the grenadiers, never to cry out or become nightingales, whilst under the discipline of the care of nine tails; to avoid which, they chew a bullet.”