During the height of the roaring twenties, radio took the world by storm. However, not everyone was listening to jazz and sipping bootlegged liquor. Millions of housewives turned to their favorite radio personality, Aunt Sammy, for homemaking tips, tricks and recipes.

The wife of Uncle Sam, Aunt Sammy was a fictional character created by the Bureau of Home Economics, a division of the US Department of Agriculture (USDA), with the intent of providing rural housewives with the information they likely couldn’t access anywhere else.

Morse Salisbury, a broadcaster with the USDA, came up with Aunt Sammy’s personality and ensured she had a friendly demeanor that appealed to listeners. To accomplish this, he made her comment on current events alongside the show’s housewife-centric material. 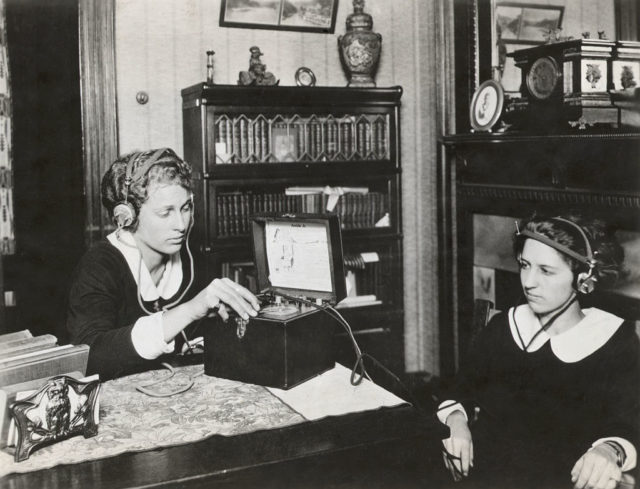 Three women came together to write scripts and test recipes for Aunt Sammy’s Housekeeper’s Chat, which were then approved by Louise Stanley, the head of the Bureau of Home Economics. The first episode of the radio show aired on October 3, 1926, with additional ones airing five days a week.

Ruth van Deman, a home economics specialist, created the menus and recipes, while Josephine Hemphill wrote the show’s dialogue and Fanny Walker Yeatman worked in the kitchen, testing each recipe. Aunt Sammy herself was voiced by 30 different women at radio stations around the country, to reflect regional accents.

By 1927, Aunt Sammy’s audience had grown to over one million housewives. The radio show not only helped listeners, but took feedback from them, as well. Between October 1926 and May 1927, 60,000 letters had been written to Aunt Sammy, asking for help on housekeeping topics that were woven into future episodes. 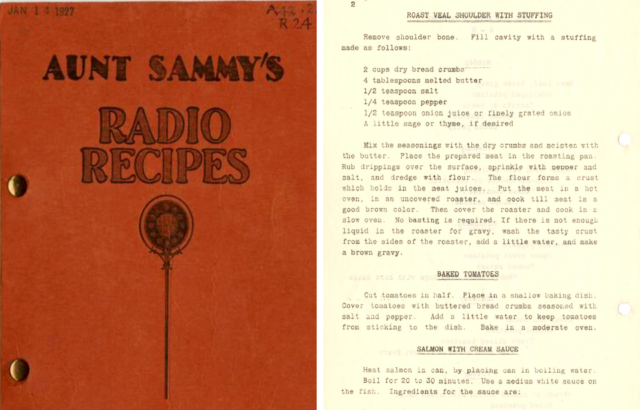 Deman, Hemphill and Yeatman also hand-wrote recipe cards to mail to anyone who asked for them, especially if radio static had interfered with the broadcasts. These cards eventually became the Aunt Sammy’s Radio Recipes cookbook, which was first released in 1927. Revised editions were released each year, including the first ever cookbook published in braille!

The recipes and meal plans were a huge hit with housewives. They took the effort out of meal planning, and the recipes were often made from simple ingredients everyone had on hand. 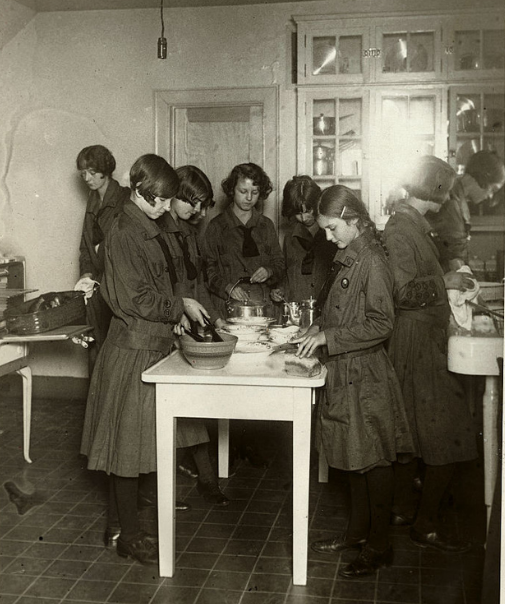 In fact, the recipes were so simple and affordable that, during the 1930s, President Herbert Hoover asked a group of Girl Scouts to plan a cheap meal – and they chose dinner for eight from Aunt Sammy’s menu! The meal consisted of split pea soup, meatloaf, baked potatoes, graham muffins, cabbage carrot salad with dressing, lemon bread pudding and tea – all for $1.89.

The Housekeeper’s Chat program was divided into three five-minute segments: Backyard Gossip, What Women are Asking and What Shall We Have for Dinner? – all of which appealed to listeners.

Backyard Gossip featured discussions about nutrition, housekeeping, health, clothing and gardening that were made to sound like an intimate conversation between friends. Does that make Aunt Sammy the first Gossip Girl?! 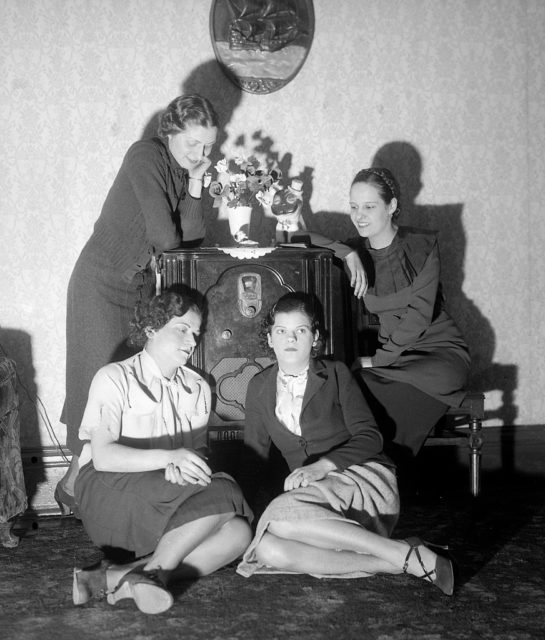 Questions Women are Asking sought involvement from the audience, with Aunt Sammy answering general interest questions submitted by listeners. The final section, What Shall We Have for Dinner?, provided housewives with the aforementioned recipes for well-balanced and affordable meals.

Aunt Sammy and the Great Depression

Unfortunately, once the Great Depression began in the United States, the loveable Aunt Sammy and her Housekeeper’s Chat turned into a serious, fact-based show, titled Homemaker’s Chat. This made the era’s tough times all the more depressing for listeners. 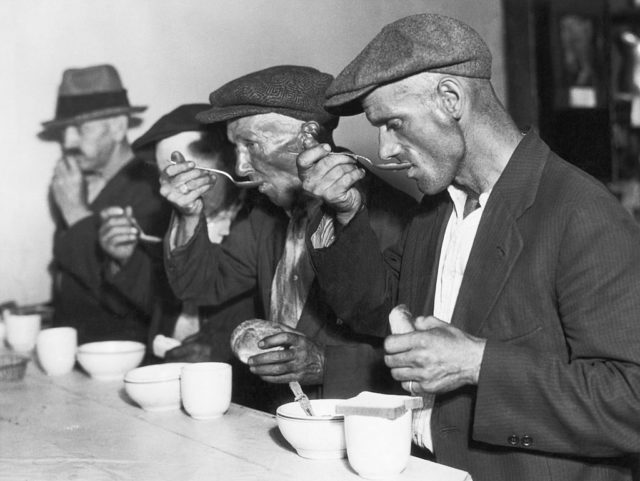 Men in a breadline during the Great Depression, 1929. (Photo Credit: Bettmann / Getty Images)

More from us: DNA Test Confirms Shocking Rumor About US President Warren Harding

In 1934, Aunt Sammy was replaced by an anonymous narrator. While the show survived the Great Depression and the early 1940s, it was officially taken off the air in 1946.

« How Did Disney Convince the World That Lemmings Commit Mass Suicide?
The Enduring Legacy of Bootlegger William ‘Bill’ McCoy »