Lobsters are edible creatures that, when boiled, transform from dull, dark-shelled crustaceans into brightly colored, vibrant red delicacies. But what if they were already brightly colored before they were boiled? Well, in some rare cases, they are! The blue lobster is one of the rarest types of lobsters on earth, and their surprising color makes them very easy to spot.

Why is a blue lobster blue? 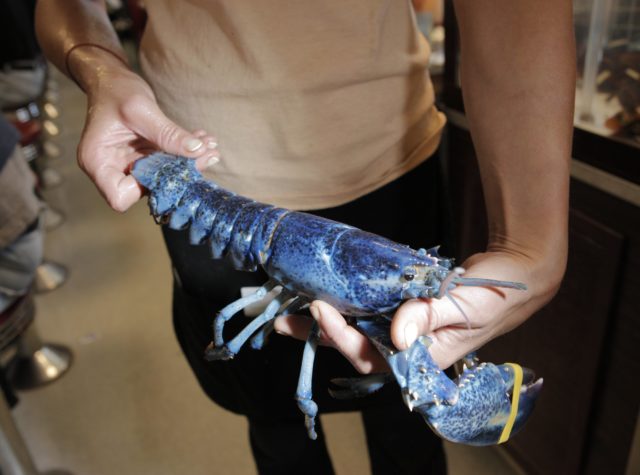 A rare blue lobster is held by waitress Melissa Hamilton at Becky’s Diner on Saturday, October 2, 2010. It is estimated that the chance of catching a blue lobster is about one in two million. (Photo Credit: Gregory Rec / Portland Press Herald / Getty Images)

Blue lobsters exist because of a genetic defect or abnormality. Lobsters with the defect have an abundance of a particular type of protein that causes them to turn blue instead of their typical dark green, black, and reddish color.

Blue is not the only color that lobsters can be beyond their typical red. Yellow, orange, “crystal” or clear, and even two-toned lobsters have been found. It is believed that lobsters with unique coloring tend to be more aggressive than normal ones, as they are more easily detected by prey.

How rare is a blue lobster? 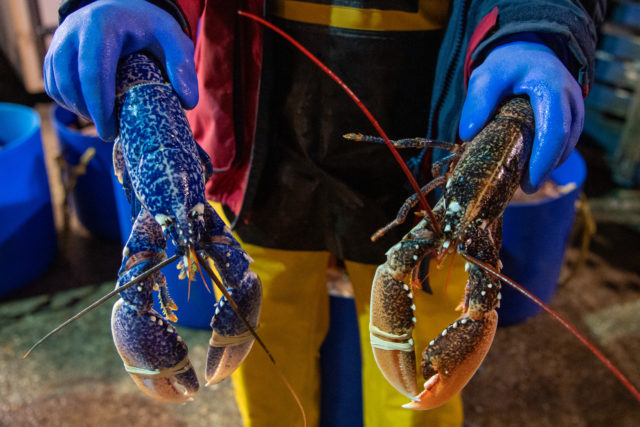 Blue lobsters are not common. A study at the University of Maine Lobster Institute suggests that the odds of coming across a blue lobster are one in two million. However, the research director for the project, Dr. Robert Bayer, said that this statistic is merely a guess. “The chances of this happening nobody really knows,” he said.

If one were to look for blue lobsters, they’d be most likely to find them along the Atlantic coasts of North America and Europe, but because the condition is caused by a genetic defect and not environmental factors, blue lobsters can also be found in other parts of the world, like Australia or even in freshwater areas.

What is the value of a blue lobster? 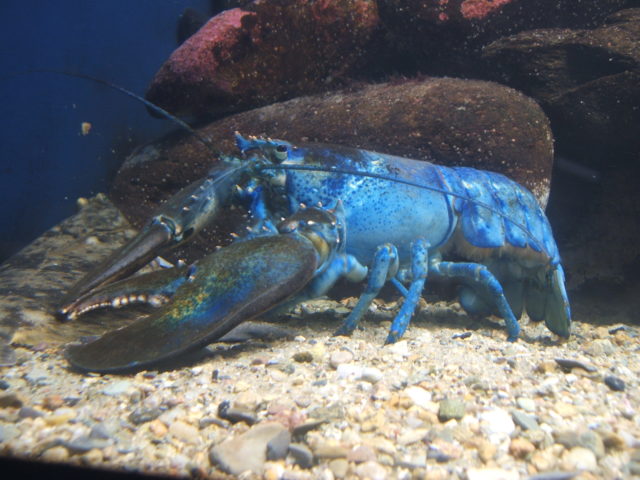 The rarity of blue lobsters is disputed by some. One British statistician, Daniel Spiegelhalter, says that approximately 200 million lobsters are caught every year, making the statistic of catching blue lobsters about 100 per year on average if the one-in-two-million odds are correct.

One eBay seller tried to sell a blue lobster for $500 and saw zero bids on their listing. Clearly, the value of blue lobsters is up for debate. 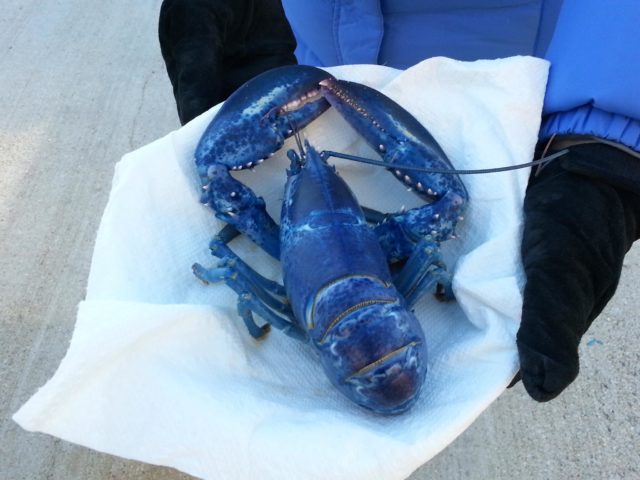 Lobsters, let alone blue lobsters, were not always perceived as the delicious seafood delicacy they are today. In fact, in Victorian Europe, lobsters were considered the type of food that peasants were subjected to eat, and were even used as a fertilizer for crops instead of being served on silver platters.

In the United States, providing a meal consisting of lobster to prisoners in jail was considered a cruel punishment, as they were considered the “cockroaches of the sea.” The US government eventually passed a law that prohibited prisons from serving lobster as part of a meal to prisoners altogether. 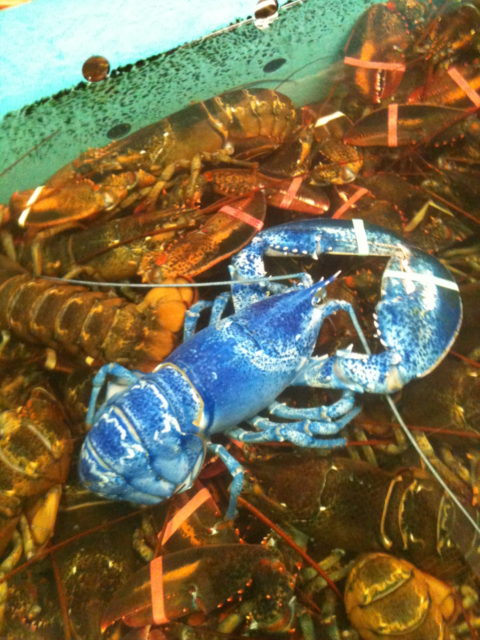 Taste is pretty subjective, and unfortunately, opinions on whether blue lobster tastes different than regular lobster vary considerably. Some believe that the blue lobster has a much sweeter taste to it, noting a significant difference in taste from the “normal” specimens.

More from us: Casu Marzu Is The Maggot-Infested Cheese Delicacy of the Island of Sardinia

Others believe there is no taste difference at all. One thing we know for sure is that when boiled, blue lobsters undergo the same change in color that regular lobsters undergo. Their unique blue skin turns a bright shade of red, the color most associated with lobsters in general.

« James Brown’s Death: Was the ‘Godfather of Soul’ Murdered?
Will Two Determined Brothers Crack the Mystery of Oak Island’s Treasure? »