In 1991 Back to the Future actor Michael J. Fox, who was just 29 years old at the time, was diagnosed with Parkinson’s disease. Thirty years later, Fox has admitted he is facing more challenges as he ages and the disease progresses, but that isn’t stopping him from finding happiness.

Fox’s rise to stardom was all self-made

Fox was born in Edmonton, Alberta, Canada on June 9, 1961 to William and Phyllis Fox. In his early years, Fox’s desire to be an actor grew and at 15 years old he landed his first role in the 1978 series Leo and Me. He moved to Los Angeles to pursue his dream full-time when he was 18, but eventually found himself jobless and living off boxed macaroni and cheese. Finally, Fox’s big break came when he was cast as Alex Keaton on the 1982 TV sitcom Family Ties. 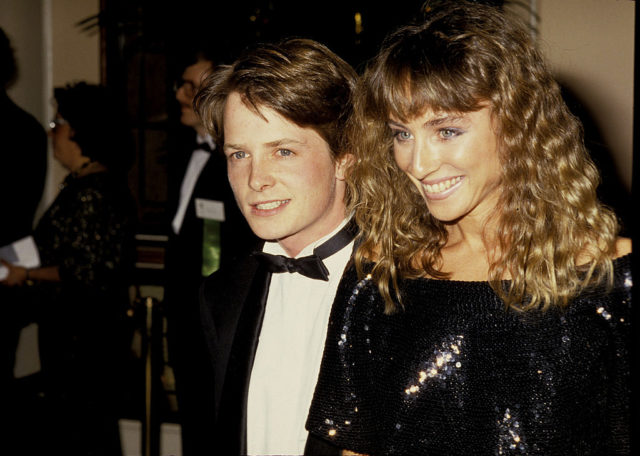 Following Family Ties, Fox’s career took off as he booked feature films like Teen Wolf (1985) and of course Back to the Future (1985). While filming Doc Hollywood in 1991, Fox started displaying early symptoms of Parkinson’s disease. He initially saw the doctor because of a twitching finger and sore shoulder, but the world-shattering news he was given took Fox by surprise: in just a matter of years, he would not be able to work.

Interestingly, Fox is one of at least four cast and crew who worked on Leo and Me that has been diagnosed with Parkinson’s, leaving some to speculate that environmental factors could be at play. He doesn’t believe this is enough people to count as a “cluster.” In a 2020 interview with The Guardian, Fox shared all of the potential contributors he thinks could have led to his diagnosis:

“I can think of a thousand possible scenarios: I used to go fishing in a river near paper mills and eat the salmon I caught; I’ve been to a lot of farms; I smoked a lot of pot in high school when the government was poisoning the crops. But you can drive yourself crazy trying to figure it out.” 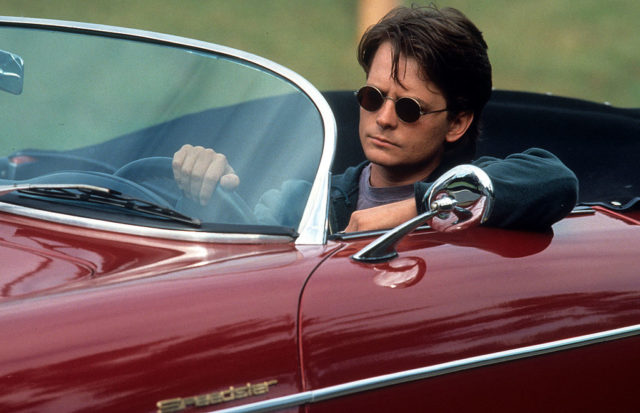 Fox revealed to the world that he had Parkinson’s in 1998 and he’s remained a strong advocate for research and awareness. He opened the Michael J. Fox Foundation for Parkinson’s Research which has led a $100 million dollar effort to discover biological markers of the disease through the Parkinson’s Progression Markers Initiative. His foundation has raised a whopping $1.5 billion for Parkinson’s research to date.

According to the National Institute on Aging, Parkinson’s disease is a brain disorder that causes uncontrollable movements like shaking, stiffness, and difficulty balancing. As the disease progresses, so do the symptoms, which can eventually lead to difficulty walking and talking. People with Parkinson’s can also experience mental health challenges, sleep problems, memory difficulties, and fatigue.

‘It’s been a struggle, but I’m happy’

While Fox has seemed to struggle with intensifying Parkinson’s symptoms over the last few years, he isn’t letting the disease get in the way of living a happy and full life. In an interview with PEOPLE, Fox shared that over the last year he has had several injuries.

“I broke my cheek, then my hand, then my shoulder, had a replacement shoulder put in and broke my arm, then I broke my elbow. I’m 61 years old, and I’m feeling it a little bit more.” Fox also explained that the disease “got worse” since he took a step back from acting in 2020. He made the tough call during a difficult time undergoing surgery to remove a tumor on his spinal cord alongside bigger challenges with his disease, including tremors and cognitive issues. 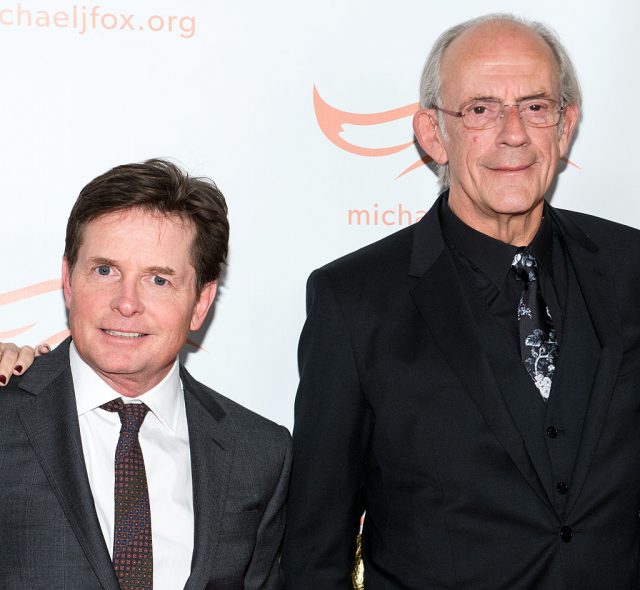 “The whole mission is: Don’t fall down,” said Fox. “So whatever works to not fall down, whether it’s a walker or a wheelchair, a cane, a guy with a belt around my waist holding onto it – I use all those tools.” It’s those same tools that helped Fox to walk across the stage unassisted as he reunited with Back to the Future co-star Christopher Llyod in early October.

After recovering from his recent injuries, Fox is looking forward to whatever comes next – even if it means facing Parkinson’s head-on. “It’s been a struggle, but I’m happy,” he said. “I say that because I hope on some level people can find happiness in spite of what they’re going through.”