Season five of The Crown is now out and it not only premiered actor Elizabeth Debicki as Princess Diana but also finally showed the infamous “revenge dress” worn by Diana almost 30 years ago. Let’s take a look at the history of the famous dress that practically has its own role in the series and find out how Debicki felt about wearing it.

Charles announced his affair on television 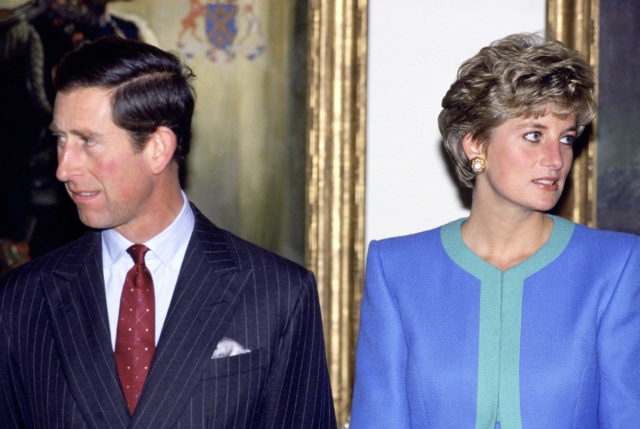 The Prince And Princess of Wales during a visit to Ottawa in Canada (Photo Credit: Tim Graham Photo Library / Getty Images)

On June 29, 1994, a documentary called Prince Charles: The Private Man, the Public Role, aired on ITV. The documentary was intended to earn the public’s sympathy after Charles had lost much of it following his split from Diana in 1992. Unfortunately, the documentary had the exact opposite effect.

During the interview, the reporter asked Charles if, during their marriage, he had remained “faithful and honorable” to Diana. Charles quietly replied that he had remained faithful “Until it became irretrievably broken down, us both having tried.” Thirteen million people learned that Charles had cheated on Diana with Camilla Parker Bowles that night, and it immediately put him right back in the public’s bad books again. 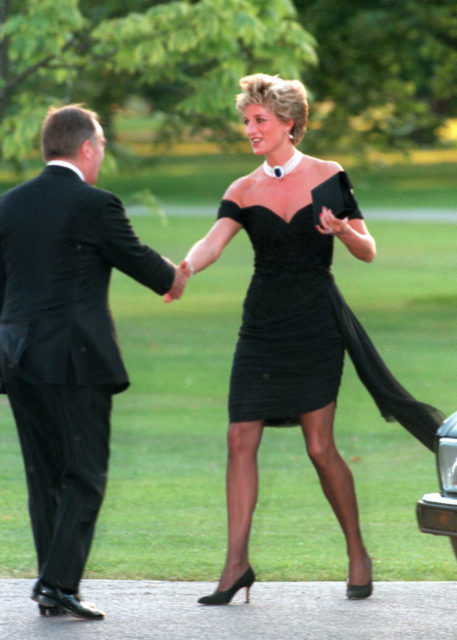 That same night, Diana attended a party hosted by Vanity Fair in an outfit that came to be known as the “revenge dress.” It broke all of the rules for proper royal attire. Designed by Christina Stambolian, the dress was a black off-the-shoulder silk number that cut off at the knees. It had a sweetheart neckline and hugged Diana’s figure beautifully. “Diana wanted to look a million dollars,” said Anna Harvey, the princess’ former stylist. “And she did.”

The dress was a last-minute switch from another she had been fitted for earlier that week. Word got out which dress Diana intended to wear to the event and she made the quick decision to pull out this stunner instead. Stambolian said that the dress was actually made for Diana three years prior, but she never had the courage to wear it as she thought it “too daring.”

What better night to break out the show-stopping dress than the same night the world found out about Charles’ infidelity?

Debicki wore the ‘revenge dress’ for season 5 of The Crown

Season five of The Crown is all about Charles and Diana’s divorce under the weight of his affair with Camilla. Elizabeth Debicki said when she was cast to play Diana in the new season, questions about the “revenge dress” began to flood in.

More from us: What 9+ Celebrity Icons Wore When They Met Queen Elizabeth II

Debicki said that the dress was integral to her understanding of Diana. Wearing it felt “very significant and quite powerful, but also it provoked something in me as an actor,” she revealed. “I can’t really explain it. It’s pretty incredible that a dress would represent a moment in history, or that this human’s life would represent so much and become so iconic. So that was a big day on set for me!”

« Why ‘The Judy Garland Show’ Was Canceled After Only One Season
Michael J. Fox Remains Optimistic Despite Parkinson’s Setbacks »