Alice Crimmins Was Found Guilty of Murdering Her Children – Was She?

Alice Crimmins was one of the most hated women in America in the late 1960s and early 1970s. Her liberated and free behavior earned her a top spot on the suspect list for the murder of her two children, and after years of trials and incarceration, it is still unknown whether she truly was or was not guilty. 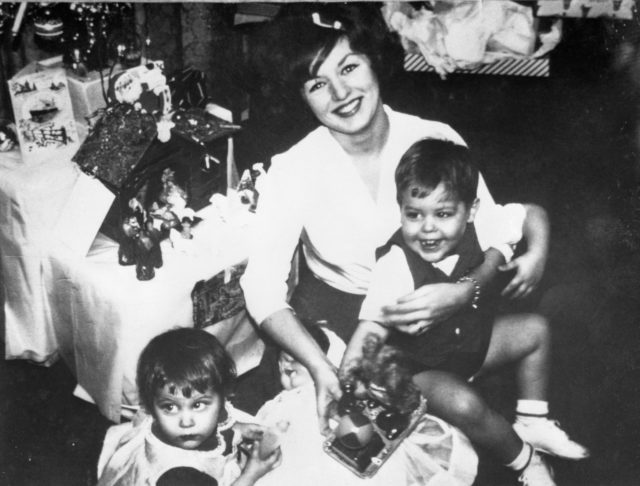 Alice Crimmins is shown with her four-year-old daughter Missy and her five-year-old son Eddie Jr. Sometime during the night of July 13th, 1965, the sleeping children were spirited away from their mother’s apartment in Queens. (Photo Credit: Bettmann / Getty Images)

Alice Crimmins was born on March 9, 1939, in the Bronx, New York City. The daughter of devout Irish Catholics, she attended the Saint Raymond convent from a young age and dreamed of independence from her parents. In order to accomplish this, she did what most young girls did to escape the confines of their parents’ control – she got married.

She married her high school sweetheart, Edmund “Eddie” Crimmins, at the age of 19 in 1959. That same year, she gave birth to their son, Eddie Jr., and she had their daughter, Missy, the following year. The family moved into the Regal Gardens Apartments in Kew Gardens, Queens, and Alice played the role of wife and mother. 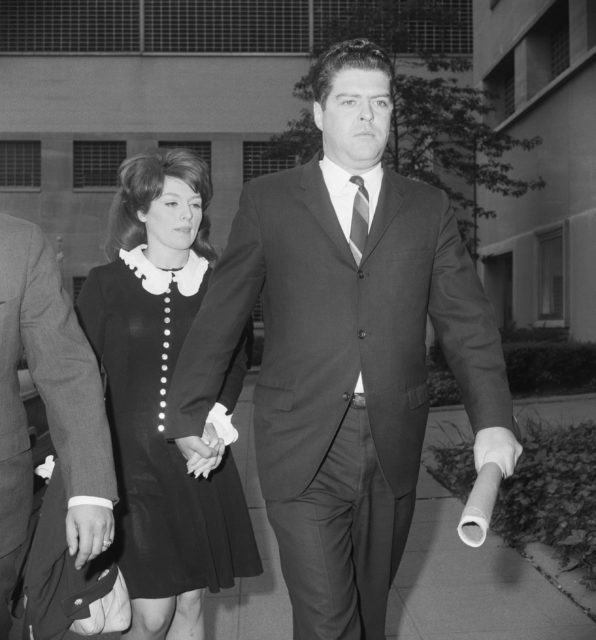 Alice’s role in the idealized nuclear family of the era did not satisfy her, and her husband’s neglect did not help. After work, Eddie would go out with colleagues and stay out late. He developed a heavy drinking problem and frequently left Alice at home alone with their children. This was not the life she’d dreamed of for herself, and she decided something needed to change.

Alice and Eddie filed for divorce and he moved out of their apartment, although the children continued to live with their mother. Alice took up a job as a cocktail waitress, wearing clothing and makeup that were considered salacious, and began dating many of the customers she served.

During their separation, Eddie developed an obsession with his wife. He broke into her bedroom, touched her personal things, and bugged the room to listen in during the evenings she spent with men she was dating. He also peered into the apartment through the windows and even exposed himself to young girls in the area. 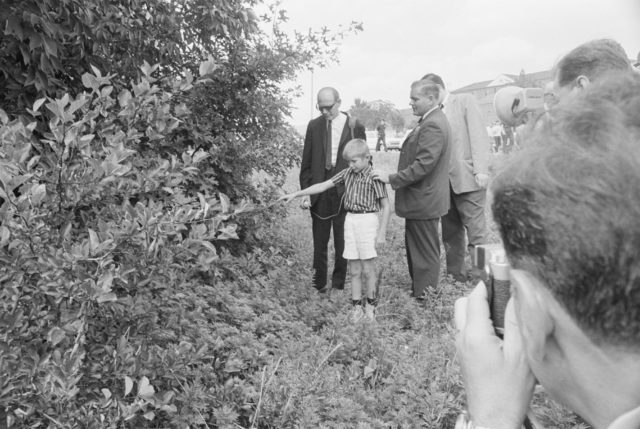 Ralph Warnecke, 10, points to the spot in the wooded area where, out for a walk with his father Vernon, he found the body of five-year-old Eddie Jr. (Photo Credit: Bettmann / Getty Images)

On July 14, 1965, Alice woke up to a silent house. As this wasn’t normal, she peeked into the children’s room to check if they were still asleep. When she opened the door, she saw that both children were missing. Immediately, she called Eddie to see if he had taken them when she was asleep.

“Don’t you play games with me!” Alice said over the phone. “Eddie! Don’t fool around! Do you have them? Please don’t do this to me! Eddie, they’re missing!” Eddie insisted he didn’t have the children and drove to Alice’s apartment. They then called the police to report the kids missing.

When the police arrived, Detective Gerard Piering immediately passed judgment on Alice. He was a Catholic and when he saw her wearing high heels, makeup, and tight clothes, he became very suspicious of her. As Piering walked through the house, he didn’t take notice of the screen missing from the children’s bedroom window, nor did he or the forensics team take fingerprints around the room. Instead, he noticed the empty liquor bottles tossed in the garbage and the brassieres strewn around the bedroom.

The police tried to pin the murders on Alice 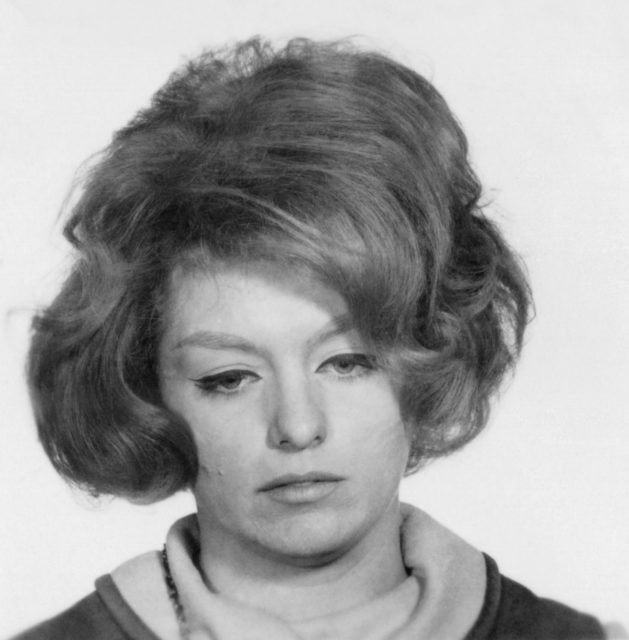 Murder suspect Alice Crimmins of Queens, New York City, circa 1965. The case remains controversial as evidence in the trials was considered weak and critics accused the prosecution of character assassination in their portrayal of Crimmins as emotionally cold and promiscuous in her lifestyle. (Photo Credit: Archive Photos / Getty Images)

When they took the Crimmins in for questioning, Piering apparently said, “You take the husband, I’ll take the [expletive].” From the moment he met her, Piering made it his mission to pin the children’s murders on Alice. When Missy’s body was discovered shortly after their questioning, Piering took Alice to see the body. That was the moment she discovered her daughter had been killed and she broke down instantly. Following this, Eddie moved back in with Alice so they could comfort each other, but she continued to see other men.

Eddie Jr.’s body was found days after, and it had already undergone enough decomposition that the cause of death could not be determined. However, Piering and the rest of the police spent the next three years stalking Alice, tapping her phone, and gathering whatever information they could to prove her guilty of the murders.

“They wanted me to break down,” Crimmins said to author Kenneth Gross in 1971. “They wanted me to grieve ⏤ not for the sake of my children, but for them ⏤ the police. I wasn’t going to give them the satisfaction. They were my kids. Nobody was out looking to see who killed my kids. They were interested in making me break.” 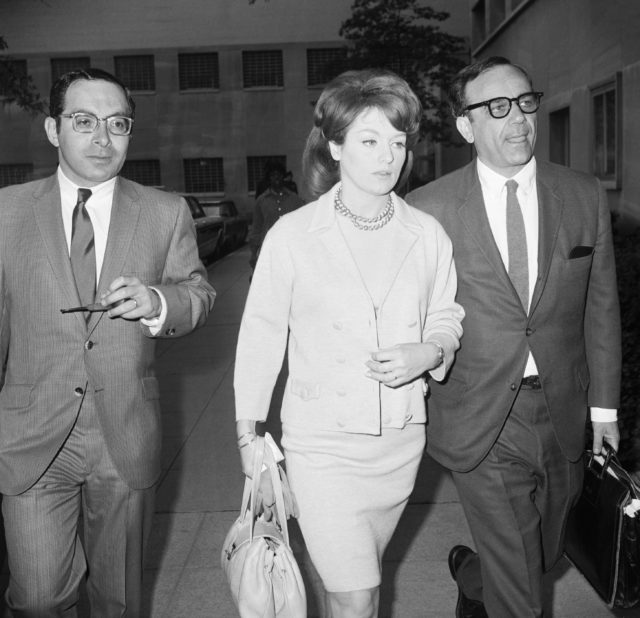 It wasn’t until 1966 that investigators were able to find evidence to convict her with, and on September 11, 1967, Alice was arrested for the murder of her daughter. However, the evidence was a shaky eye-witness account from an unreliable neighbor. Sophie Earomiski was known in her friend group as a gossip, over-exaggerator, and an attention hog. She often spoke poorly of Alice’s lifestyle.

Earomiski said that she had seen a woman the same height as Alice walking at around 2 a.m. with a man, child, and holding a bundle of blankets the night her children went missing. Alice reportedly yelled, “You liar!” as Earomiski testified. Earomiski’s story had changed multiple times before she took the stand, though the jury was unaware of this and only heard her final story.

Months before the trial, police convinced the medical examiner who’d checked Missy’s body to change the time of her death. It had been in the range of 10 p.m. to four a.m. and was changed to before midnight. Now, the timing of Missy’s last meal went against when Alice said she fed her children, making her look even more guilty. Unfortunately, these factors weren’t the worst against Alice’s innocence.

A backstabbing boyfriend said she was guilty 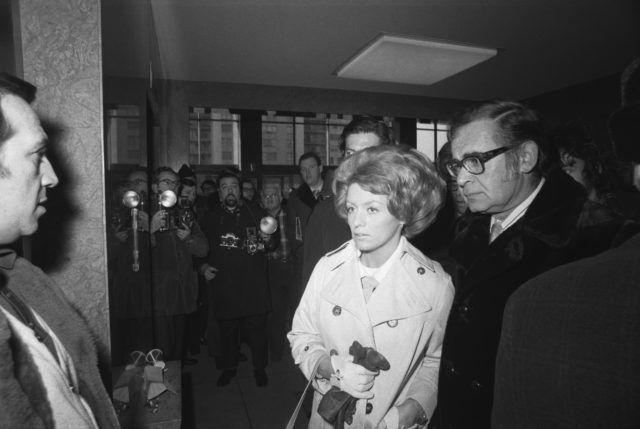 Former cocktail waitress Alice Crimmins, and her attorney Herb Lyon, enter Queens Criminal Court where her new trial is scheduled to begin on Jan. 18 with charges of murder arising from the death of her 5-year-old son, added to earlier charges of manslaughter in the death of her 4-year-old daughter. (Photo Credit: Bettmann / Getty Images)

One of Alice’s boyfriends, Joseph Rorech, took the stand and said that Alice had told him days before their death that “she would rather see the children dead” before she let her husband win the custody battle. He also said she admitted to him that she killed her daughter.

“I said ‘Missy and Eddie are dead,'” claimed Rorech, “and she said, ‘Joseph, please forgive me, I killed her.'” At this confession, Alice screamed, “I thought you were my friend. How could you?'” Just days before the trial, Joseph Rorech had proposed to Alice. She declined. 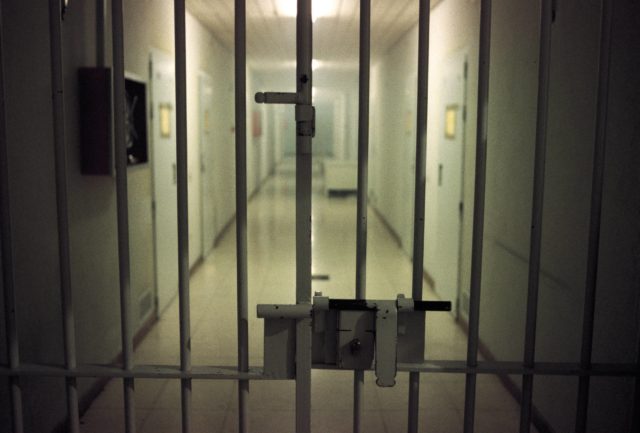 Alice Crimmins was in and out of prison between 1971 and 1977, found guilty of the murders of both of her children, although the sentences would be overturned multiple times. (Photo Credit: Matias Nieto / Cover / Getty Images)

Prosecutors took care to point out Alice’s many relationships before the court, although they had little to do with the trial, and even brought up a skinny dip she took at Rorech’s house months after her children were found. “Where were your children when you were swimming without a bathing suit?” the prosecutor asked. “They were dead,” was Alice’s cold response. Alice was found guilty of the murder of her daughter on May 27, 1968, by an all-male jury.

After hearing the verdict, Alice yelled at the judge, “You want to close your books! You don’t give a damn who killed my children!”

That December, her sentence of five to 20 years in prison was overturned after a trial-related misconduct was discovered. However, six months later, Alice was charged with the murder of her son, and a second trial began on May 15, 1971. Despite new evidence that contradicted Earomiski’s eye-witness account of Alice that night, she was still found guilty and sentenced again to life in prison for murder and concurrent five to 20 years for manslaughter.

In 1973, this sentence was also overturned, as the death of her son was never confirmed to be a criminal act due to the inability to determine how he died. However, in 1975, the New York State Court of Appeals reinstated her manslaughter verdict as they felt it was wrongfully overturned due to the trial misconduct.

Alice was released from jail

Between 1971 and 1977, Alice Crimmins spent a total of 30 months incarcerated. During this time, she participated in a work-release program in Harlem and the parole board eventually granted her release. She married a long-time lover, a contractor named Anthony Grace, but was widowed in 1998 following his death.

Since her release, there have been many reported sightings of Alice, though few of them have ever been confirmed. For the most part, she has remained extremely elusive and is thought to be residing in Florida now.

« ‘The Crown’ Season 5: The British Royal Family Revisits the Tumultuous ’90s
The Most Brutal Executions Ordered By Henry VIII »