In recent years, legendary singer Ozzy Osbourne has been struggling with his physical health. Surgeries and diagnoses have put a pause on the Black Sabbath vocalist’s ability to perform, but his wife Sharon and the rest of his family are keeping positive.

Ozzy had life-altering back surgery 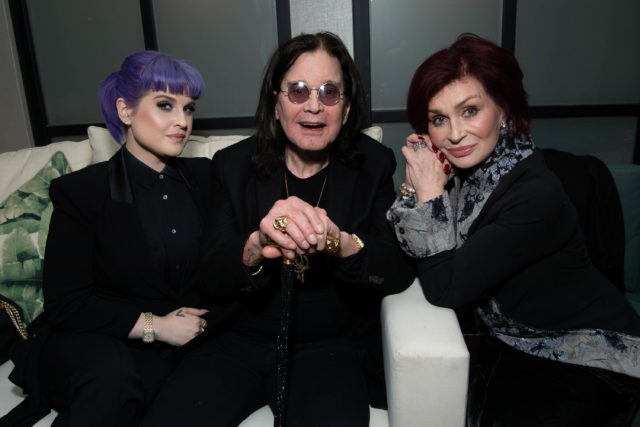 Kelly Osbourne, Ozzy Osbourne and Sharon Osbourne attend the after party for the special screening of Momentum Pictures’ ‘A Million Little Pieces’ on December 04, 2019, in West Hollywood, California. Ozzy is seen with a cane. (Photo Credit: Emma McIntyre / Getty Images)

Ozzy suffered a serious back injury after a hard fall he took back in 2019. The fall caused nerve damage and the pain carried on through the years. As he described it, “You know when you’re a kid, and you’re playing with snow and your hands get really cold? Then you go in and you pour on hot water, and they start getting warm? And you get those chills? And it [expletive] hurts? It’s like that. It got so bad that at one point I thought: ‘Oh God, please don’t let me wake up tomorrow morning.’ Because it was [expletive] agony.”

Eventually, the pain got so intense that Ozzy agreed to undergo a life-altering surgery during the summer of 2022 to try and ease his discomfort. The surgery was ultimately successful, and Ozzy has been recovering since. His wife of 40 years, Sharon, later shared their thanks for the support he’s received from fans. “Our family would like to express so much gratitude for the overwhelming amount of love and support leading up to Ozzy’s surgery! Ozzy is doing well and on the road to recovery! Your love means the world to him.”

Since his surgery, Ozzy has been up and about some. Recovery appears to be going well, though he has been seen using a cane to help him with walking.

He revealed a diagnosis in 2020 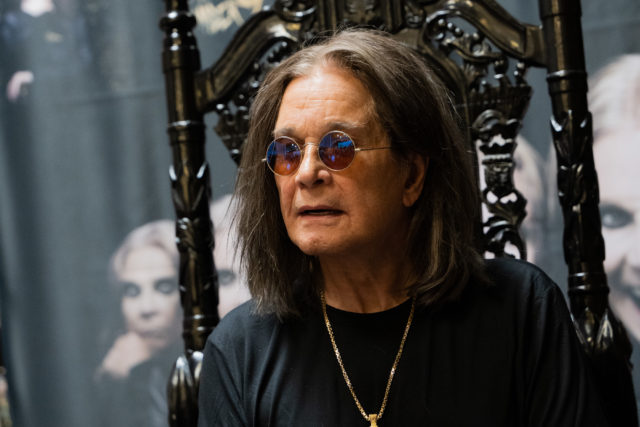 The nasty fall wasn’t the only medical event Ozzy’s had in recent years. In January of 2020, he was diagnosed with a form of Parkinson’s disease. Later, during an interview, Sharon was asked whether Parkinson’s is harder on the person affected by the disease or those who care for the one suffering from it. Her response to the question was quite emotional.

“I just think of my husband, and like you, who was very energetic, loved to go out for walks, did a two-hour show on stage every night, running around like a crazy man. Suddenly, your life just stops—life as you knew it.” She continued, “When I look at my husband, my heart breaks for him, I’m sad for myself to see him in that way, but what he goes through is worse. When I look at him and he doesn’t know, I’m, like, crying.” 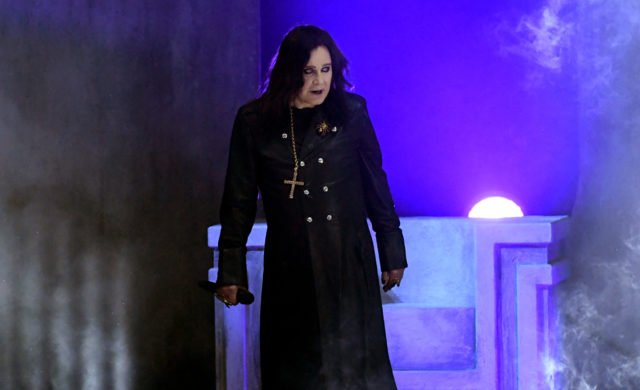 The Prince of Darkness, as Ozzy is also known, performed as the lead vocalist of the heavy metal band Black Sabbath since the 1970s and went on to establish a successful solo career as well. Since his decline in health, he’s had to take a step away from performing, which has had a deep effect on him. “Coming from a working-class background, I hate to let people down. I hate to not do my job,” he said.

However, his Parkinson’s diagnosis has also brought his family closer and they now spend more time together. Even though he’s taking a break from performing, his family believes it won’t be long before he returns to the stage. Sharon is confident. “He’s gonna get back out there. And he’s gonna do what he loves to do,” she said. “I know it.”

Moving back to the UK 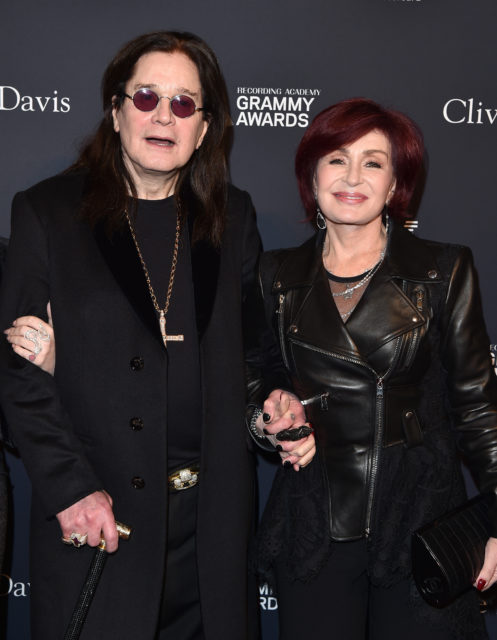 On top of all the health issues Ozzy’s been experiencing, he has also stated that he is done with living in America. “Everything’s [expletive] ridiculous there. I’m fed up with people getting killed every day. God knows how many people have been shot in school shootings. And there was that mass shooting in Vegas at that concert … it’s [expletive] crazy.”

Ozzy also revealed: “… I don’t want to die in America. I don’t want to be buried in [expletive] Forest Lawn. I’m English. I want to be back.” However, he knows he needs Sharon to be on board with the idea. He explained, “… if my wife said we’ve got to go and live in Timbuktu, I’ll go. But, no, it’s just time for me to come home.”

More from us: Sable Starr – The Reigning “Groupie Queen” of 1970s Rock

Fortunately, Sharon feels the same way. “It’s just time. America has changed so drastically. It isn’t the United States of America at all. Nothing’s united about it. It’s a very weird place to live right now.” The pair plans to leave California, where they have long lived, and move to their residence in the UK.

« TV Show Costume Details That Were So Clever We Almost Missed Them
Among the Highest-Earning Dead Celebs, There’s a Big Surprise »