The Bizarre Origin of Chainsaws

Sometimes the wildest circumstances can spur the most genius inventions. In the case of the chainsaw, it’s hard to believe that the everyday woodcutting tool was originally created for an entirely different purpose: childbirth.

Before procedures like the Cesarean section were commonplace, other methods were developed in case a baby couldn’t be birthed safely the typical way. When a baby became stuck in the birth canal because it was breech (facing the wrong way) or too large, doctors had to perform a terrifying procedure called a “symphysiotomy“. 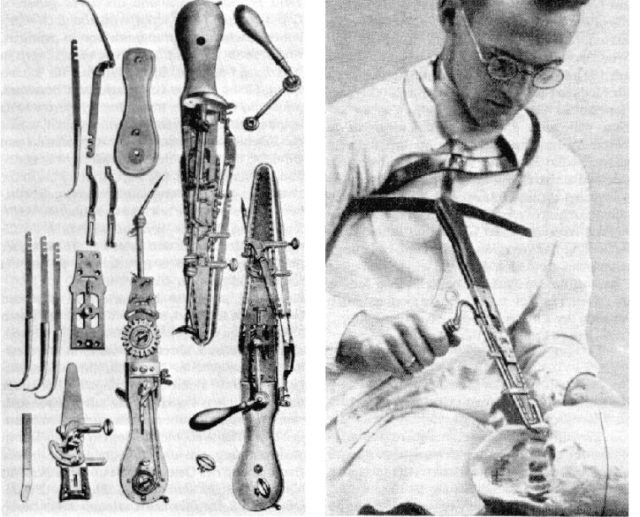 The surgery was originally performed using a small knife and handsaw to remove bone and cartilage in the pelvis to make room for the baby. A symphysiotomy was incredibly painful – usually performed without anesthesia – as well as messy, dangerous, and time-consuming. To help speed up the process, two doctors came up with a new tool to improve the procedure. 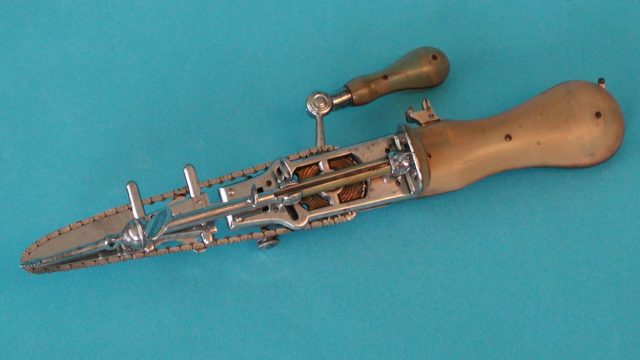 The Scottish physicians behind the tool are John Aitken and James Jeffray, who invented the “flexible saw” in 1780. Jeffray claimed that he came up with the idea for a saw with a chain fitted with small teeth after looking at a jointed chain inside a watch. He believed the chainsaw would make the wounds smaller and would protect the nerves, muscles, and veins during the procedure.

In 1830, a German orthopedist named Bernhard Heine came up with a similar idea. His instrument – dubbed the osteotome – also used a chain with cutting teeth set at an angle. The saw was hand-cranked and the chain moved around a guiding blade turned with a sprocket wheel. The osteotome was used to cut bone for amputations and other surgeries. 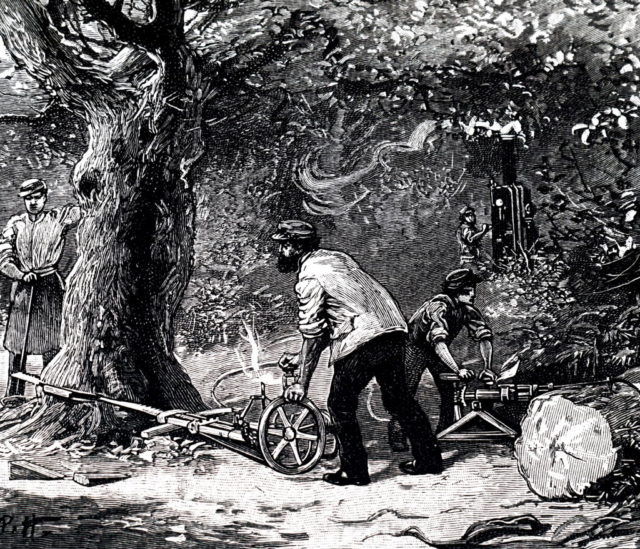 It wasn’t until 50 years later that the first chain saw patents for cutting wood were placed. They took the same idea as the surgical chainsaws but at a much larger scale. Soon, powerful gas-powered and electric saws became available that championed the original medical design.

While chainsaws are a helpful tool for lumber workers, we’re quite thankful they no longer have a place in the operating room!

« Christina Applegate Returns to the Spotlight After MS Diagnosis: ‘Today, I Was Me’
The Oldest Known Sentence in the First Alphabet Was Found On…a Lice Comb? »