Rita Hayworth and Glenn Ford, two of the biggest actors of Hollywood’s Golden Age, starred together in many films throughout the course of their careers. One of the best-known of these was the film noir Gilda, in which they were the male and female leads. It was during production for this now cult classic film that Hayworth shocked everyone by slapping Ford so hard that she broke his teeth.

Gilda was produced by Charles Vidor in the mid-1940s, and was released in 1946. Hayworth took on the title role, playing Gilda Mundson, while Ford played the role of Johnny Farrell. The plot revolves around Farrell being hired to manage a casino that was owned by Mundson’s husband, who doesn’t know that Farrell and Mundson used to be involved with each other. By the end of the film, they’re back together. 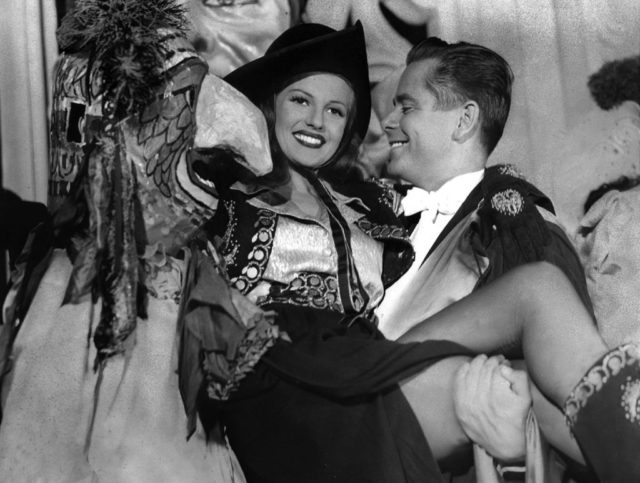 Overall, the film was very successful, with critics speaking highly of Hayworth’s work in particular. Part of what made the film so successful was the incredible passion that both actors were able to bring to their on-screen romance. There was one passionate moment, however, that went a little too far on screen.

In Gilda, there’s one instance where Hayworth’s character was required to slap Ford in the face a few times. This was not simply a theatrical smack where the effect of impact would be achieved through an added sound effect and bodies turned at strategic angles, but was one where she actually had to make contact. According to producer Vidor, “She wouldn’t do that in real life any more than she’d commit murder. She’s much too gentle, much too feminine.” 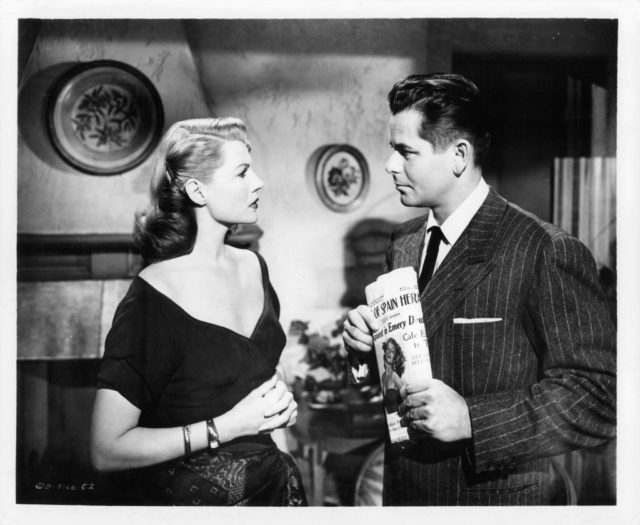 Rita Hayworth and Glenn Ford in a scene from one of their other films, Affair In Trinidad, 1952. (Photo Credit: Columbia Pictures/ Getty Images)

Yet for the sake of the movie, she managed to do it. Hayworth immersed herself in the scene and slapped Ford twice. In fact, she committed herself to it so deeply that one of her strikes actually managed to break some of her co-star’s teeth. Not wanting the scene to be ruined, or more likely not wanting to be on the receiving end of another Hayworth slap, Ford pushed through and finished the scene without breaking character.

Ford’s injury had no apparent impact on the future of the pair’s relationship. They had met before they filmed Gilda, but it was this experience that solidified a love for each other that would span decades. The stars were never formally in a relationship, as they were both married to others on a timeline that didn’t work out, but that didn’t stop their affection for each other. 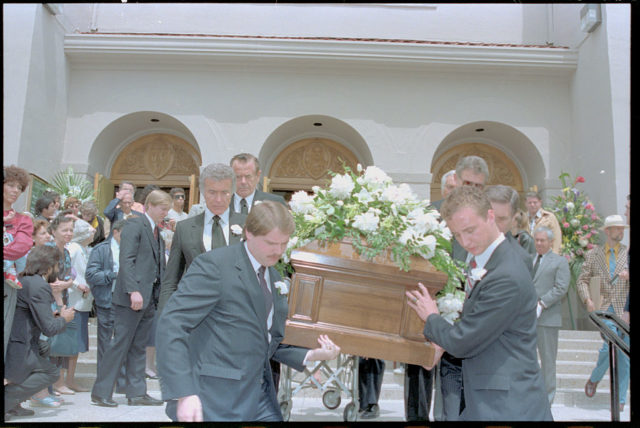 Pallbearers at Rita Hayworth’s funeral, including Glenn Ford (back left), carry her casket down the steps of the church, 1987. (Photo Credit: Bettmann/ Getty Images)

According to Ford’s son, who witnessed their close relationship, his father bought the lot right next to Hayworth’s home in Beverly Hills where he built his “dream house.” Hayworth had been living there with her husband, but filed for divorce as soon as Ford moved in next door. After this, the pair spent much of their time together. In fact, Ford installed a gate in their shared fence so that she could come over whenever she pleased. “They were together constantly.”

More from us: Danny DeVito Was a Beautician Before He Became an Actor

When Rita Hayworth died at the age of 68, Glenn Ford was one of the pallbearers who carried her coffin.

« Keanu Reeves Made a 1980s Christmas Musical: You May Need the Red Pill After Seeing It
Awkward Vintage Photos of Classic Hollywood Stars Posing With Turkeys »