Danny DeVito Was a Beautician Before He Became an Actor

Before Danny DeVito became the beloved actor recognized for his roles in Taxi (1978-1982), Twins (1988), Matilda (1996), and Always Sunny in Philadelphia (2006-present), he was just a kid from Asbury Park, New Jersey. He didn’t know what he wanted to be when he grew up, so he worked in the family business – at his sister’s beauty salon.

DeVito didn’t know what to do after high school 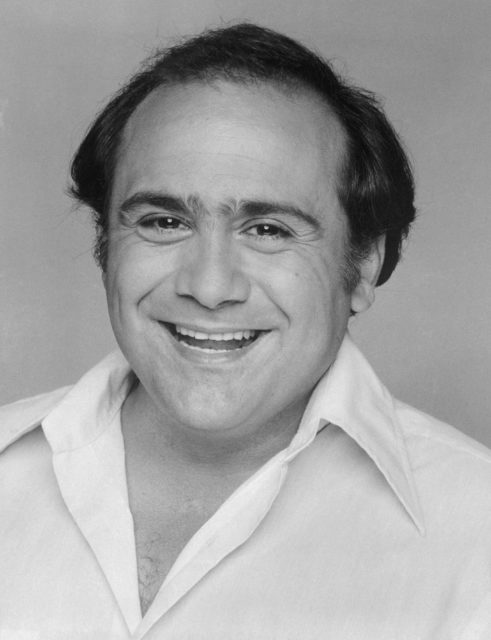 Danny DeVito, who played the dispatcher in the Taxi television series, is remembered by moviegoers for his performance as Martini in the Oscar-winning One Flew Over the Cuckoo’s Nest. (Photo Credit: Bettmann / Getty Images)

DeVito admitted that he didn’t have the best grades in high school, so college didn’t seem like the right fit for him after he had graduated. However, he wasn’t sure what he was going to do for the rest of his life. His previous jobs included being a kiddie ride operator and mowing lawns.

His older sister Angela owned a beauty salon and it was she who provided him with his new potential career path. “She was the driving force behind everything in the family,” he said. “She was a real Jersey girl — tough, a smoker. At 5 o’clock the gin came out — well, actually a Dewar’s and soda. I loved her. And I worked for her like a slave for two years.”

He went to beauty school 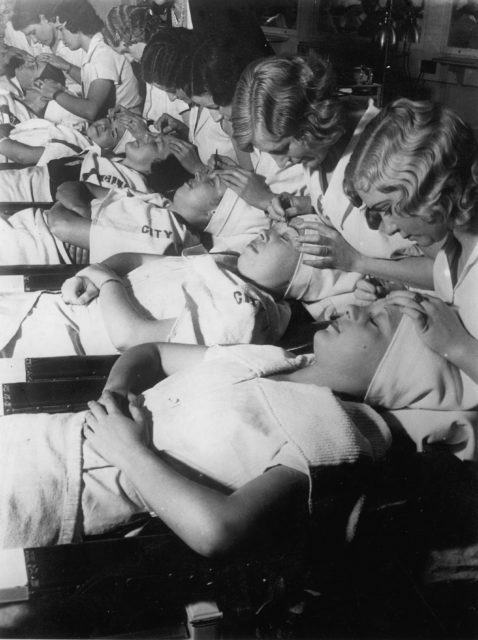 Before he began working at the salon, his sister, mother, and aunts prepped him by teaching him how to do things like cut and perm hair, pin curls, and finger waves. After mastering some of the basics, he attended Wilfred Academy Beauty School in Asbury, where he learned how to be a professional beautician.

When DeVito first arrived at the school, he was welcomed by a classroom full of women his age, and a few men as well. At his young age, he loved being surrounded by girls and enjoyed getting to know all of them. After four months of schooling was up, he took his licensing exam, passed, and became an official beautician.

His sister wanted to expand into makeup 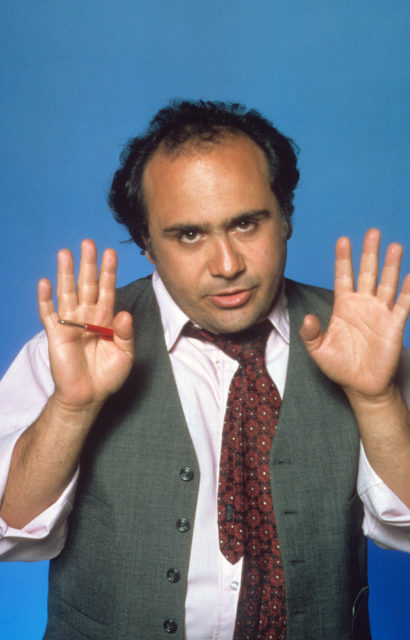 Following his beauty school education, DeVito worked as a beautician in his sister’s salon for the next two years. It wasn’t until she decided that she wanted to expand the salon into the world of makeup that DeVito would find his legs in acting. When Angela made the decision to offer cosmetic services at her salon, she sent her brother to learn how to do makeup.

DeVito made the journey to Manhattan to attend a place called Queen Helene Beauty Supplies. The person there told him that if he wanted to go learn how to do makeup, he needed to contact a woman who provided private lessons. She worked at the American Academy of Dramatic Arts. 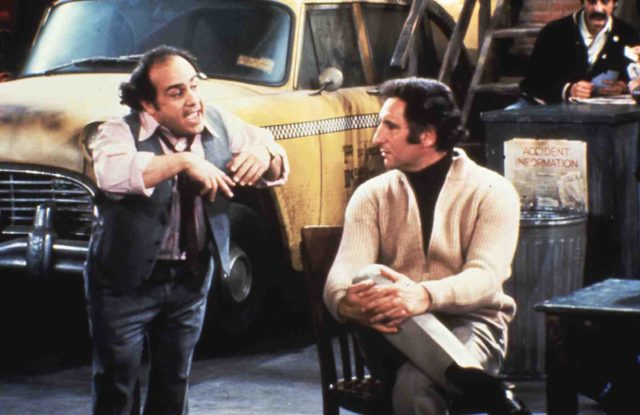 Danny DeVito was well-known for his role as the dispatcher in Taxi. (Photo Credit: FilmPublicityArchive / United Archives / Getty Images)

When DeVito got in contact with the woman, they met on her lunch break and she suggested that he enroll at the Academy so she could teach him at night. While learning to become a cosmetologist, he watched student actors rehearsing their lines for plays.

He became curious about acting and took a couple of acting classes himself. He learned that he was good at it and decided that was what he was going to pursue instead of makeup. “I was hooked,” he says.