Is the Morbid Fascination With Marilyn Monroe’s Body Disrespecting Her Legacy?

Perhaps one of the most iconic women of all time, Marilyn Monroe has captivated the media for over 70 years. Even decades after her death, books and movies are still released that sensationalize her “tragic” life of stifling fame and doomed relationships. Now, a new story is circulating about what happened to Monroe’s body in the hours following her demise, furthering a harmful discourse that fetishizes the star even in death.

The death of Marilyn Monroe

Marilyn Monroe was found dead in her Los Angeles home on August 5, 1962. The 36-year-old actress was found lying face-down on her bed clutching a telephone in one hand, and an empty bottle of prescription anti-depressants was on her nightstand. Monroe’s body was discovered after her housekeeper Eunice Murray noticed a light on in her room behind a locked door. When Monroe didn’t respond to Murray’s calls, the housekeeper contacted Monroe’s psychiatrist Dr. Ralph Greenson, who gained entry to the room from the outside window. 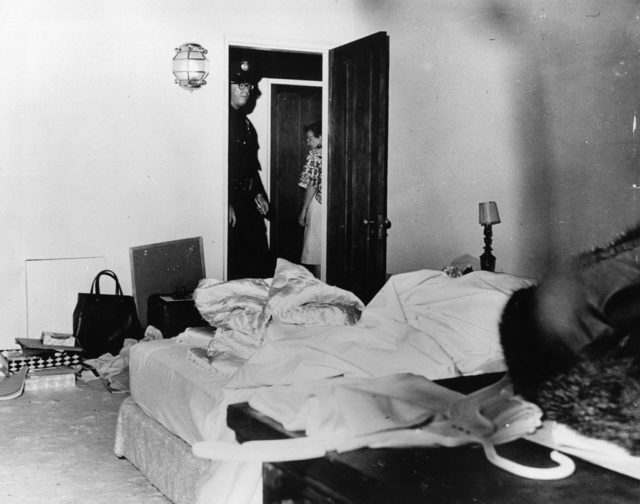 In the year prior to her death, Monroe had struggled with depression and was under the constant care of Dr. Greenson. When a large number of sedatives were found in her system during the autopsy, Monroe’s death was ruled a suicide. She was interred at the Westwood Village Memorial Park and Mortuary.

Following the news of her death, a flurry of conspiracy theories speculating how she died took the media by storm. Most of these speculate that her death was orchestrated by John and/or Robert Kennedy, whom she had allegedly had affairs with. The theory reached new heights when Eunice Murray came forward in the 1980s and confirmed that Robert Kennedy had visited Monroe the night of her death. 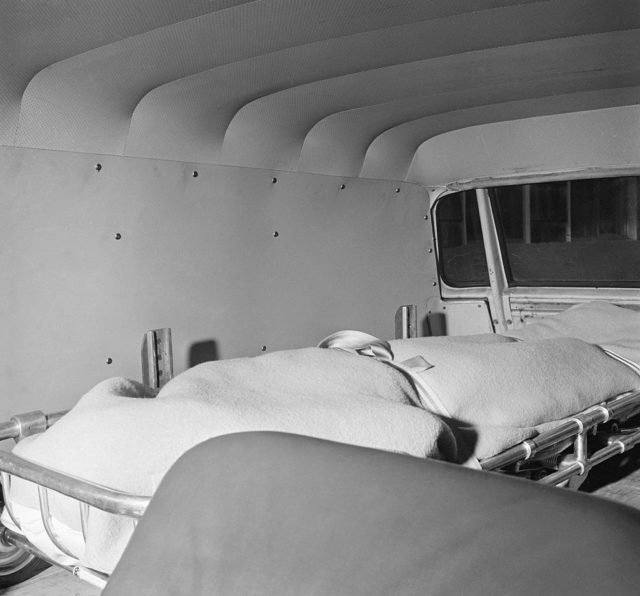 Recent controversy has arisen after a claim that Monroe’s body was unaccounted for for more than six hours between when the body was recovered from her home and when it arrived at the morgue – a trip that should have taken 45 minutes. Dr. Thomas Noguchi was appointed to perform an autopsy on Monroe, but he claimed that when he received the body, samples taken from her stomach and intestines had been “destroyed,” affecting the result of the toxicology reports. 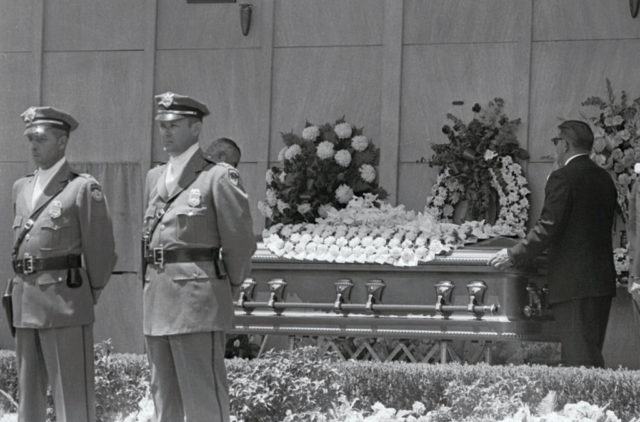 Monroe’s body did in fact lay at the morgue for 24 hours after her death until her ex-husband Joe DiMaggio arrived to claim her. DiMaggio arranged the funeral, which took place on August 8, 1962. The intimate ceremony laid Monroe to rest with only 30 people in attendance. She was wearing a green dress and held a small bouquet of pink roses. A recording of Judy Garland’s Somewhere Over the Rainbow was played at the ceremony.

DiMaggio never failed to have fresh red roses placed at her crypt three times a week for 20 years.

If the claim about the six-hour delay in the delivery of Monroe’s body is true, one can only imagine what could have happened during that period. However, there is no evidence to back up the rumor. The theory does tell us one important thing: the public’s morbid fascination with Marilyn Monroe – even in death – is out of hand. 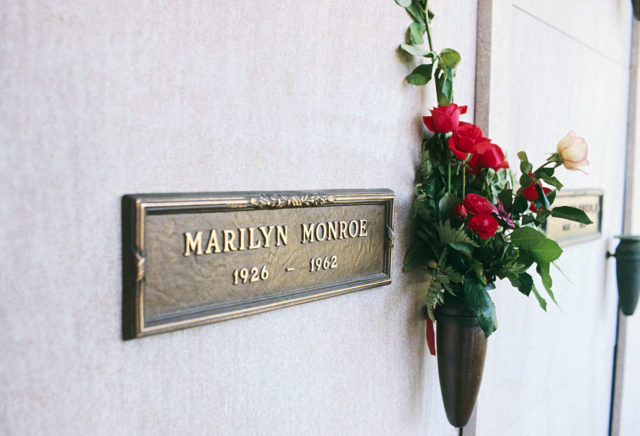 One of the most troubling aspects of the sexualization of Monroe’s body is that her trauma is continually monetized and commodified. Blonde, a movie released to Netflix in 2022, came under fire for its over-exaggeration of Monroe’s life – especially her lack of bodily autonomy and her relationships with men. The director of the film, Andrew Dominick, was criticized for his callous and insensitive remarks about why he chose to make the film. Important achievements from Monroe’s life are purposely omitted from the movie. “That stuff is not really what the film is about,” Dominick told the British Film Institute‘s Christina Newland. “It’s about a person who is going to be killing themself.”

More from us: Did Ava Gardner Have an Affair With Fidel Castro?

Blonde is just one of many stories that profit from the fetishization of Marilyn Monroe’s suffering. These same stories circulated while Monroe was still alive, and likely contributed to her death. Reducing her life to nothing but a tragic string of events and continually keeping the “dumb blonde” caricature alive denies Monroe the chance to finally rest in peace.

« Margot Frank: The Other Dutch Sister With a Diary
‘The Brady Bunch’ Dad Robert Reed Refused to Say This One Line »