Then and Now: Photos of the Hottest ’80s Supermodels

The 1980s were some of the most iconic years for fashion in modern history. Synonymous with the decade were shoulder pads, acid-wash jeans, bright and colorful clothing, and hair teased up to the heavens. The following 10 women were famous for modeling the fashions of the era for the whole world to see. Let’s see what the top 1980s supermodels looked like then and how they look today.

Cindy Crawford landed her first cover photo when she posed for DeKalb Nite Weekly while she was still a junior in high school. The image was so well received that she decided to pursue modeling. She worked with a small agency before making the national finals for Elite’s Look of the Year contest in 1983. Not just a pretty face, Crawford graduated as the valedictorian of her high school and earned a scholarship to study chemical engineering in college. 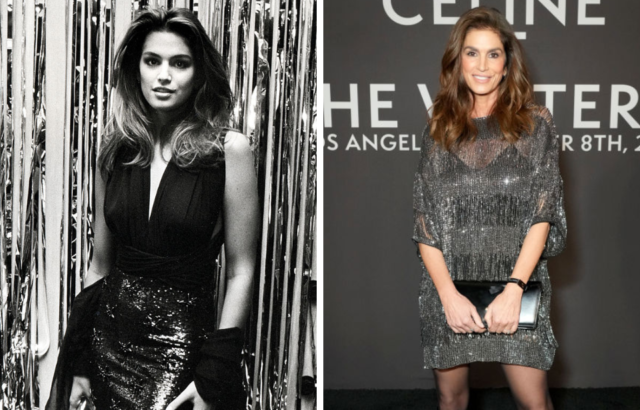 She ultimately decided to go into modeling full-time after just one semester. Crawford worked in Chicago for some time, then moved to New York in 1986 where she was signed with Elite. It was that year that she was booked with Vogue, which decided not to airbrush her beauty mark. This became an iconic part of her look. Her career really took off afterward and she was featured in numerous fashion magazines as well as in Playboy on more than one occasion.

Crawford decided to retire from modeling full-time in 2000, focusing on her cosmetic line and furniture collection. Her look-alike daughter Kaia is now one of the top models in the world.

Brooke Shields started modeling as a child before getting her big break in 1980 when she became the youngest model ever to be featured on the cover of Vogue at age 14. She starred in a number of films throughout the ’80s, many of which caused a lot of controversy as they were highly sexualized roles. Shields decided in 1983 that she’d pause her career to attend Princeton University where she earned a Bachelor’s degree in romance languages. 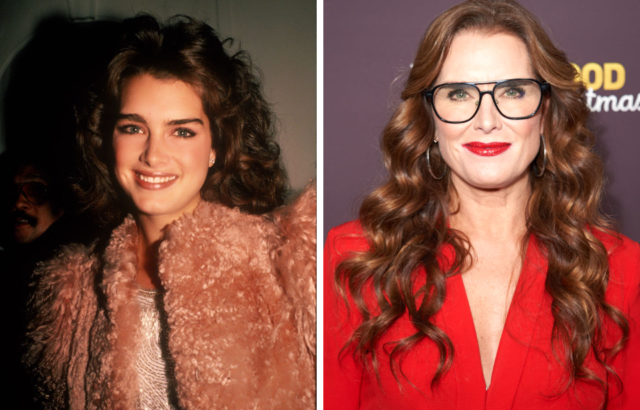 She returned to acting in the 1990s and starred in the incredibly popular sitcom Suddenly Susan. In her later life, she decided to focus more on her family than on acting or modeling but does still appear on television shows and in films occasionally. Shields is also an advocate for women’s health and has been outspoken on issues such as postpartum depression.

Tatjana Patitz rose to fame in the 1980s and ’90s. The German model was featured in magazines like Harper’s Bazaar, Elle, and Vogue, and also appeared in the iconic music video for “Freedom! ’90” by George Michael. She’s regarded as “one of the original supermodels and a must in photographs and on the catwalk,” yet her name is not as popular as other models of the era. 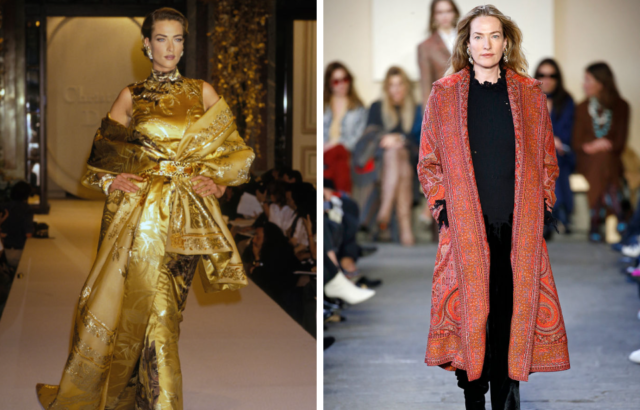 Although Patitz had an impressive career modeling – and still models occasionally – she now focuses more on her other passions. She got involved with horses when she was young and continued her hobby into adulthood. In addition, she spends a lot of time on environmental activism and animal rights.

Elle Macpherson’s modeling career began in the field of swimsuits. The Australian stunner  was featured on the cover of the Sports Illustrated Swimsuit Issue a record five times, earning herself the nickname “The Body.” Macpherson was also successful in the high fashion industry, appearing in runway shows for the likes of Ralph Lauren and Louis Vuitton, among others. 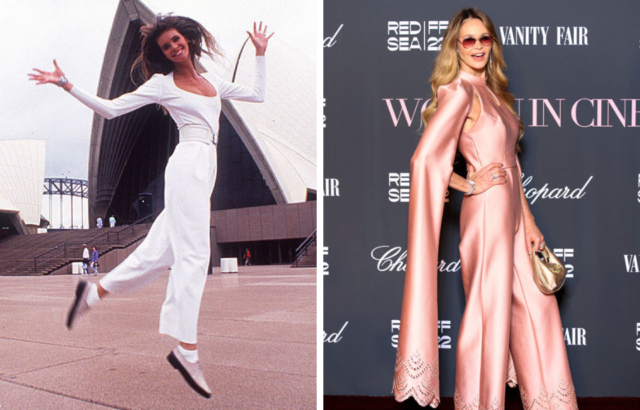 She took her incredible success and turned it into numerous businesses, including a lingerie line and a line of skin care products called The Body. As with many models, she has also appeared in television and film, specifically as a host for Britain & Ireland’s Next Top Model and Fashion Star. Macpherson still modeled occasionally during this time, most notably closing out the 2010 Louis Vuitton show for Marc Jacobs in Paris.

If Elle Macpherson was “The Body” in the fashion world, then Carol Alt was “The Face.” She was an incredibly popular model to book in the 1980s, easily earning herself supermodel status after being featured in over 500 covers in this 10-year period alone. Among these were Vogue, Vogue Paris, Vogue Italia, Vogue UK, Mademoiselle, Elle, and Cosmopolitan.

It was because she was the face of so many well-known brands that Alt was so popular. She was in ad campaigns for General Motors, Cover Girl Cosmetics, Hanes, Versace, Diet Pepsi, and Armani – just to name a few. In later years she also turned to acting, starring in numerous television shows in Italy. She’s also a writer and has published two books on raw food diets.

Renée Simonsen was discovered in Denmark in 1981. Soon after she was featured on the cover of the magazine Fotokino, and was eventually chosen to represent her country at the Ford Supermodel contest “Face of the ’80s” which she won in 1982. After this big win, Simonsen was increasingly booked in America and quickly rose to stardom. 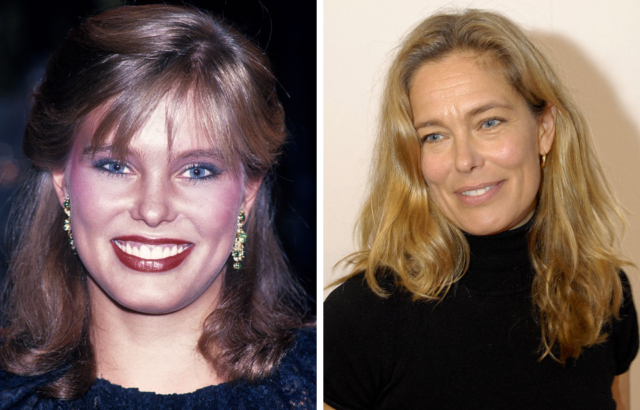 Despite her fame, she decided to step away from fashion in 1988. She attended journalism school in Denmark but soon switched to studying psychology. In 1991 she returned to the modeling world, easily booking gigs and becoming the face of Biotherm cosmetics. At present, Simonsen still models occasionally. She is also a published author and writes editorial columns for a Danish magazine.

Paulina Porizkova, born in Czechoslovakia and raised in Sweden, was the first Central European woman to appear on the cover of a Sports Illustrated Swimsuit Issue. She was featured in both 1984 and 1985, which led her to international fame very quickly. By 1988, she had earned a record-setting contract with Estée Lauder. 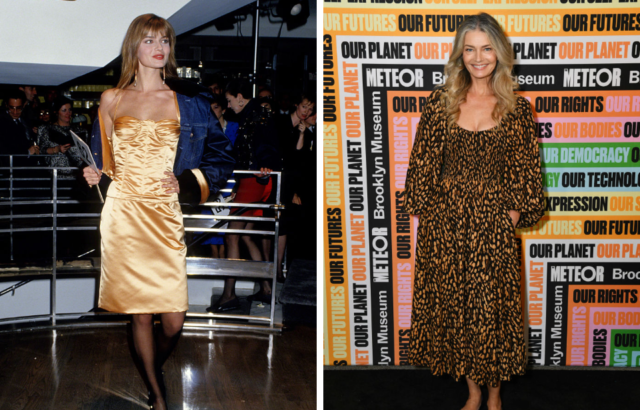 Not long after, Porizkova landed another huge with Escada. She eventually moved into film and television, first with the 1987 movie Anna, before many others. She was a judge on America’s Next Top Model for three seasons. As of late, she has published adult and children’s books, as well as regular blog columns with Modelinia and The Huffington Post.

Today, Porizkova uses her social media platforms to encourage women to accept their changing looks as they age.

Another of the top 1980s supermodels, Christy Turlington rose to fame after working in campaigns for famous brands such as Calvin Klein, Missoni, and Chanel. She was described by the creative director of American Vogue as “the most beautiful woman in the world.” Turlington has remained active in the world of fashion over the years, modeling again for Calvin Klein in 2014 and walking in a Marc Jacobs show in 2019. 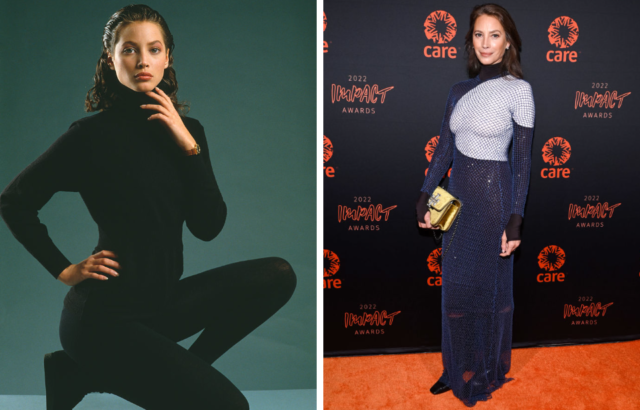 Perhaps one of her most impressive achievements was founding her non-profit Every Mother Counts in 2010 which is dedicated to making childbirth and pregnancy safe for all mothers. In 2013, Turlington was voted one of Glamour‘s Women of the Year and in 2014 was listed as one of Time 100‘s most influential people in the world.

Kathy Ireland entered the modeling world when she was discovered by Elite Model Management when she was 17. In 1989, she earned her fame when she was graced the cover of a Sports Illustrated Swimsuit Issue. Despite the numerous other cover girls in the years since, Ireland’s is considered to be one of the most iconic. She was featured in 13 consecutive Sports Illustrated issues, three of which were covers. 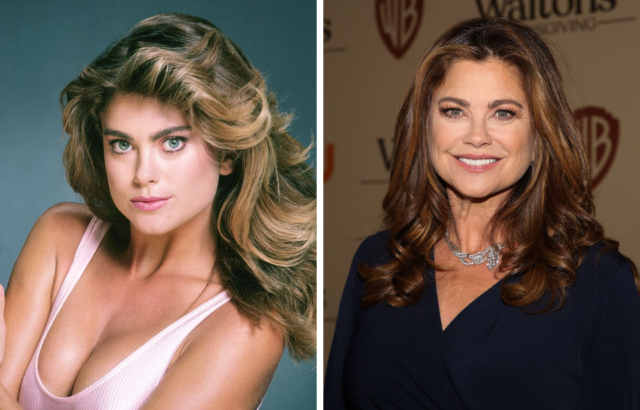 Ireland decided that in 1993 she was going to create a brand licensing company, kathy ireland Worldwide which has made her one of the wealthiest former models in the world. In 2021, the company made a whopping $3.1 billion in sales. She’s been on television many times and has two series of her own, Worldwide Business and Modern Living.

Canadian-born Linda Evangelista is considered one of the most influential and accomplished models in the industry. Throughout her career she’s been featured on well over 700 magazine covers, including Vogue, Harper’s Bazaar, Cosmopolitan, Glamour, Mademoiselle, Elle, Allure, Time, and Rolling Stone. She is known for coining the phrase “We don’t wake up for less than $10,000 a day,” regarding herself and Christy Turlington. 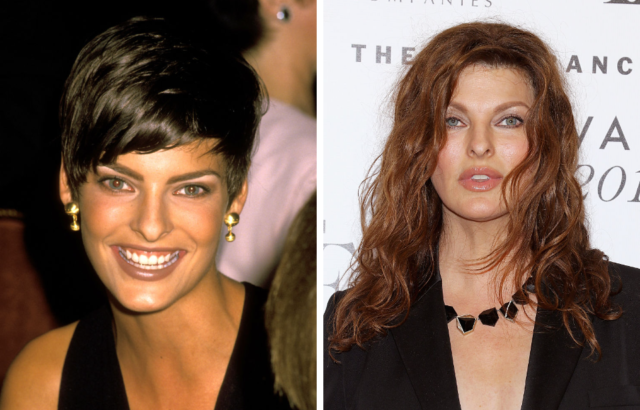 Unlike so many models of the 1970s and the ’80s, Evangelista didn’t pursue other careers outside of modeling. She decided to retire in 1998, only to make a comeback a few years later, and she was voted “The Greatest Supermodel of All Time” by the viewers of Fashion File in 2008.

More from us: See How the Hottest Supermodels of the ’70s Have Changed Over the Years

Evangelista disappeared from the public eye for a few years and in 2021 revealed that she’d had a botched cosmetic procedure. She sued for $50 million in damages for emotional distress and lost income. In September of 2022, she appeared in her first runway show in 15 years.

« From a Drunken Moose to an Elephant Buried Under the Vatican: Ten Beloved Pets From History
Harry & Meghan: Their Side of the Story Launches Tabloid Controversy and Backlash »