Dolly Parton, the beloved singer-songwriter and queen of country music, has recently caught the attention of her fans for a bizarre reason. Videos have arisen online showing her wearing what appear to be skin-colored gloves with stuck-on nails, leading people to question why she’s making such a unique fashion statement. Soon, they came up with numerous theories as to why the singer might be wearing them.

The idea that Dolly wears nude gloves had circulated around TikTok, but became viral after user @hannahbearbraun posted her video which quickly amassed millions of views. It showed Dolly walking up on stage during a segment of her performance at the 37th Annual Rock & Roll Hall of Fame Induction Ceremony. The TikTok user highlights Dolly’s hands holding the guitar to make her point. 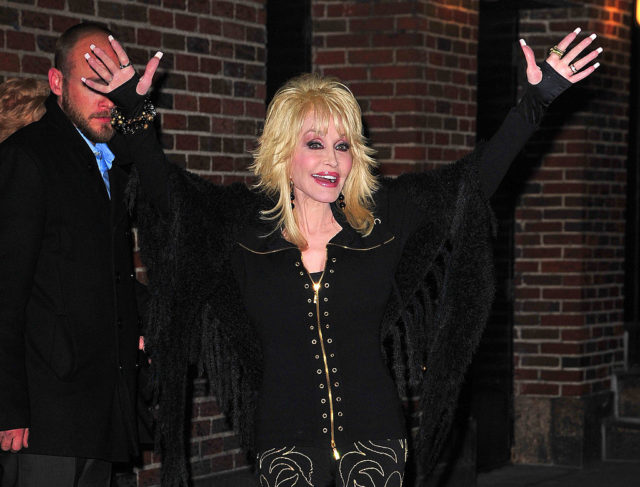 In the video it appears as though Dolly’s wearing nude gloves with brightly painted nails stuck on the end that are visible as she rests her hand on the instrument. It’s no secret that Dolly has long been a fan of wearing gloves, but they’ve always been fingerless gloves coordinated with whatever outfit she was wearing. These gloves noticed during the Hall of Fame performance seem to be a new addition.

As with most viral videos, the comment section was soon filled with people proposing their own justifications for the skin-colored gloves theory – including both fashion and medical reasons. Some users point out that she’s always worn different gloves simply as part of her wardrobe, while others believe that they’re actually stylish compression gloves to help with arthritis. 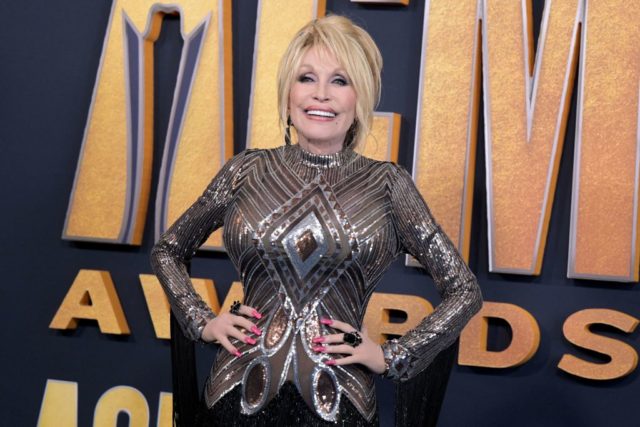 Other users thought that Dolly’s choice was made for cosmetic reasons, namely to cover up signs of aging or other dark spots on her hands. The final popular theory seems to be that the gloves are used to hide scars, tattoos, or both. This latter theory might be closest to the truth as Dolly has commented on hiding both types of marks before when she was asked about why she wears long-sleeved dresses and shirts so often.

In a 2017 interview with Vanity Fair, Dolly said, “I have a tendency to have keloid scar tissue, and I have a tendency where if I have any kind of scars anywhere then they kind of have a purple tinge that I can never get rid of. So [my tattoos] are all pastels and they’re meant to cover some scars. I’m not trying to make some big, bold statement.” 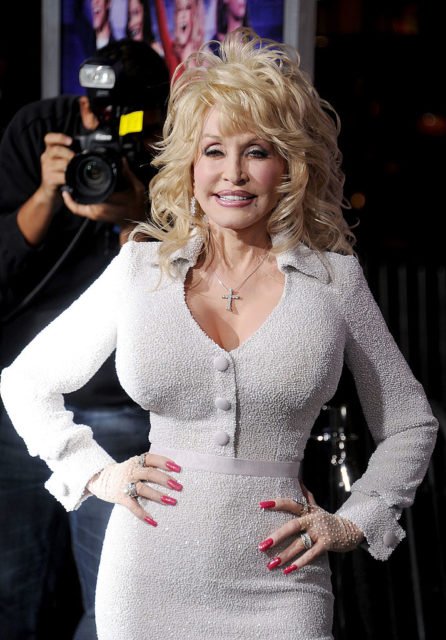 In a separate interview with InStyle, the singer’s creative director, Steve Summers, addressed questions about Dolly’s gloves. He said when people ask “what’s wrong with her hands?” he replies that “She’s 73, and she doesn’t like them! It’s a normal woman thing.” However, one of her superfans insists that her gloves, at least the finger-less ones from earlier years, were worn to cover a scar from corrective cosmetic hand surgery.

More from us: Dolly Parton’s Beauty Routine: The Queen Of Country Shared Her Secrets

So although it isn’t new information that Dolly wears gloves, nor that she likes to cover up certain marks, it hasn’t been confirmed whether the singer has indeed started regularly wearing nude gloves. She also hasn’t given fans any indication of the reason why she’d want to do so, although it does seem to stem from wanting to cover either age marks or scars.

« Remembering Robin Williams’ Most Heartwarming Moments
Judas Cradle: One of the Most Painful Torture Devices in History »