While the movie world can create precious memories for millions of viewers, it isn’t always a great experience for those taking part in the making of them. Films that are inspired by true stories, use someone’s beloved home as a location, or in some cases, both, have unwittingly caused strife for mere mortals left behind when the crew goes back to Hollywood.

Here are five cases where the silver screen wasn’t so shiny for certain people caught up in the production. 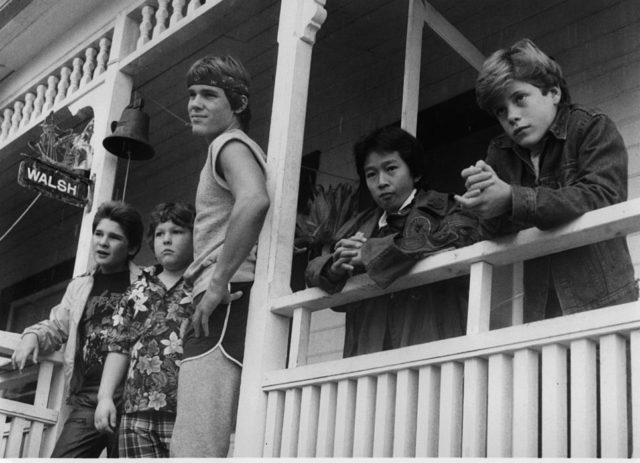 Nearly 40 years after their first and only adventure, the Goonies crew still inspire devotion from an army of fans. Unfortunately for an Oregon homeowner, this has translated into major disruption to their daily lives. Because way back when, the infamous “Truffle Shuffle” was performed outside her gate.

If the shuffling character Chunk (played by Jeff Cohen) thought he had it bad, he should spare a thought for this individual. “The owner had no problem with people taking a nostalgic look at her home,” an article for The Independent wrote in 2015, “but drew the line at beer bottles and cigarette butts being left outside and dogs urinating on her lawn.”

Eventually, a sign was erected denying access to the “Goonies House” and a tarpaulin was draped across the windows to put off literally thousands of prying eyes. Presumably, if the long-mooted sequel is made, producers will select a different location! 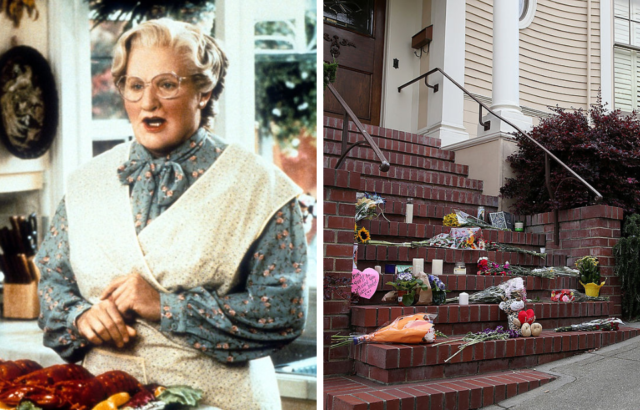 Robin Williams as Mrs. Doubtfire and the front steps of the home after he passed away (Photo Credit: 20th Century-Fox / Getty Images and Justin Sullivan / Getty Images

A similar, if somewhat more poignant, case was reported over the family favorite Mrs. Doubtfire (1993). When star Robin Williams tragically passed away in 2014, the San Francisco property used in the film was festooned with floral tributes.

According to Digital Spy, even as late as 2019 it was still receiving “so many pictures, flowers and other tributes that it’s impossible for the elderly home owner to leave via the front door.” 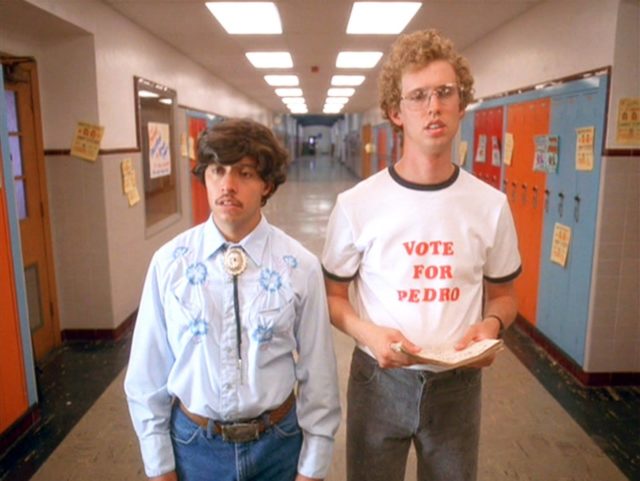 Cult favorite Napoleon Dynamite (2004) brought the world many memorable characters. But in one example it unleashed a surprising case of double trouble. Efren Ramirez played the role of Pedro Sánchez, yet in a development worthy of a Jared Hess movie he had a real-life twin brother, Carlos.

Tensions flared when Carlos impersonated Efren as Pedro. He said he’d been asked to do this to help his brother keep up with professional engagements. However, speaking to TMZ in 2013 he said, “I did attend an event without his knowledge as I was being immature and wanted to get back at him for a personal matter which involved the girl I was dating at the time.”

Efren made the beef official by approaching Carlos with a $10 million lawsuit. The unauthorized appearances stopped after that. “I think it’s safe to say the magnitude of ‘Napoleon Dynamite’ and everything that has come along with it, has ruined my relationship with my twin,” he added. 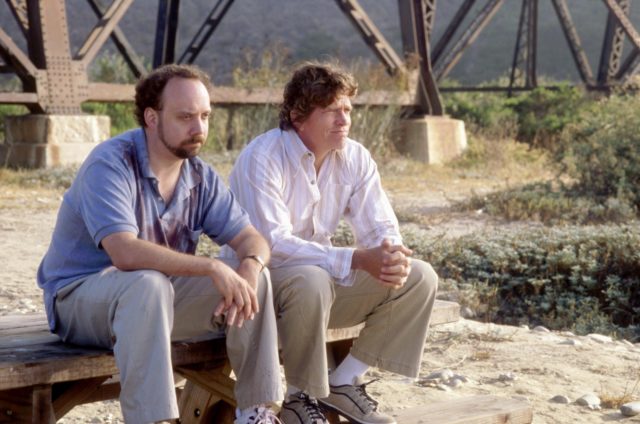 The quirky comedy-drama Sideways (2004) was a road trip romp blended with the intriguing pursuit of wine tasting. Yet just as drinking and driving make bad bedfellows, so Paul Giamatti’s memorable character Miles Raymond proved a liability for the real-life vineyards.

After delivering the immortal line “If anyone orders merlot I’m leaving. I am not drinking any [expletive] merlot!”, sales of the red stuff actually dropped. Not bad going for a fictional creation! In 2017 The Guardian wrote in the wine’s defense, saying “Giamatti’s character hated merlot precisely because it was so easy to drink. He wasn’t making a comment on the quality of merlot, but his own antagonistic contrarian tendencies.”

The piece goes on to say that sales of merlot appear to be on the rise. Still, the years that have passed since Raymond delivered his major blow are a testament to the power of movies… a power that sometimes causes grief when it doesn’t intend to. 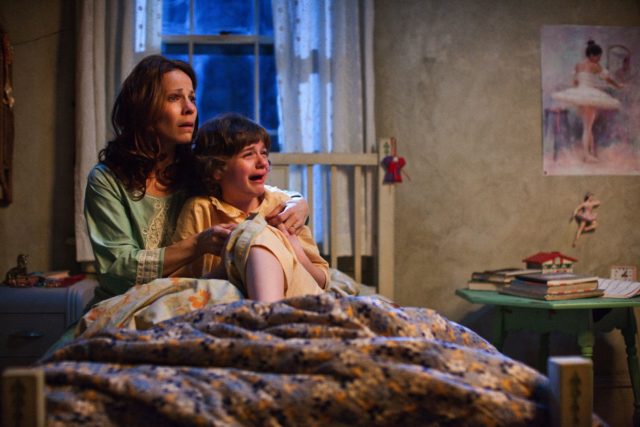 This franchise and its various spin-offs have made a scary amount of money for studio Warner Bros. But aside from cinemagoers and movie execs, there are people unhappy about the paranormal encounters of Ed and Lorraine Warren — namely the residents of a farmhouse featured as a key location in the first film (2013). In fact, they were so disturbed that ominous forces of the legal kind were released.

According to a 2015 Entertainment Weekly article, “Since the release of the film in July 2013, the couple (Norma Sutcliffe and Gerald Helfrich, who bought the house in the late ‘80s) have dealt with ‘threats of physical violence and harm, sleepless nights, and worry that one day, one of the many trespassers will commit an act of destruction, violence, or harm,’ the suit alleges.”

More from us: Famous Late Night Feuds And A Couple We’d Never Heard About

It was based on a true story, though filmmakers wound up dealing with a reality they didn’t expect! The property, with the gruesome addition of a noose dangling from a nearby tree, formed a major part of the movie’s marketing and gave producers a serious financial headache.

« Why Marie Osmond Isn’t Leaving Anything to Her Kids
From Sisters to Enemies? The Feud That Left Lee Radziwill Out of Jackie Kennedy’s Will »