Why Marie Osmond Isn’t Leaving Anything to Her Kids

Celebrated singer and actress Marie Osmond recently got candid about motherhood and spoke out about her decision not to leave her eight children any inheritance money. “I don’t know anybody who becomes anything if they’re just handed money,” the Donny & Marie star said.

Osmond opened up with Us Weekly about her relationship with her kids and grandchildren, touching on how she’s made the conscious choice not to pass down any inheritance money to her kids in the event of her death.

🎈Happy 35th Birthday to my oldest daughter Jessica! Time goes way too fast. I love you so much my angel!!!! 🎉🎂🥳💖👈 pic.twitter.com/Q2Blps7dpB

Blosil and Osmand divorced in 2007, and after rekindling her romance with her first husband she married Craig a second time in 2011.

“That’s one of my rules with my kids,” Osmand explained about her financial decisions. “If you start it, you finish it, you don’t ever have to do it again, but you gotta finish it. And I just think all [an inheritance] does is breed laziness and entitlement. I worked hard and I’m going to spend it all and have fun with my husband.”

Osmond was born on October 13, 1959, in Ogden, Utah to a large Mormon family. Growing up the second youngest in a family of nine children, Osmond joined her brothers in their musical group which debuted on The Andy Williams Show when she was three years old. 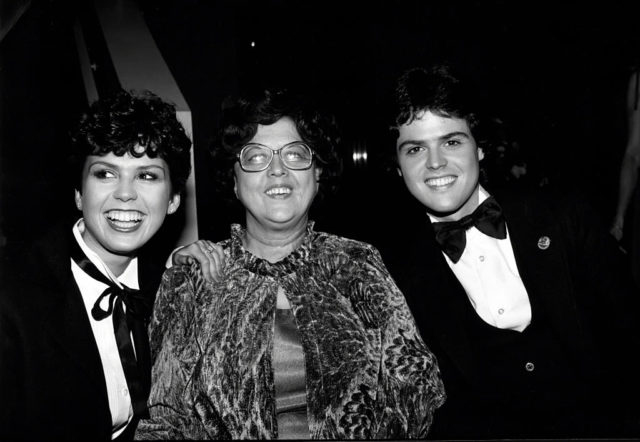 In 1976, Marie and her brother Donny aired their variety-style TV show on ABC. The Donny & Marie Show was canceled in 1979, but the siblings reunited again for their talk show Donny & Marie from 1998 to 2000. The two siblings also had successful music careers when they weren’t collaborating together.

By 1977, 18-year-old Marie was already releasing her fourth studio album. After a brief hiatus, Marie returned to the spotlight with a new record deal in 1985, releasing her first studio album in seven years. Two of the album’s singles reached No. 1 on the country music charts, thanks to her sophisticated, bright take on the traditional country style. Marie has also acted in countless film and television productions, even going on a national tour as Maria in The Sound of Music.

Today, Osmond describes herself as a “fun grandma” and caring mom. “Honestly, why would you enable our child not to try to be something?” she remarked on the inheritance debacle. “I don’t know anybody who becomes anything if they’re just handed money,” the 63-year-old said. “To me, the greatest gift you can give your child is a passion to search out who they are inside and to work… I love trying [and] I wanna try everything. I’m a finisher.” 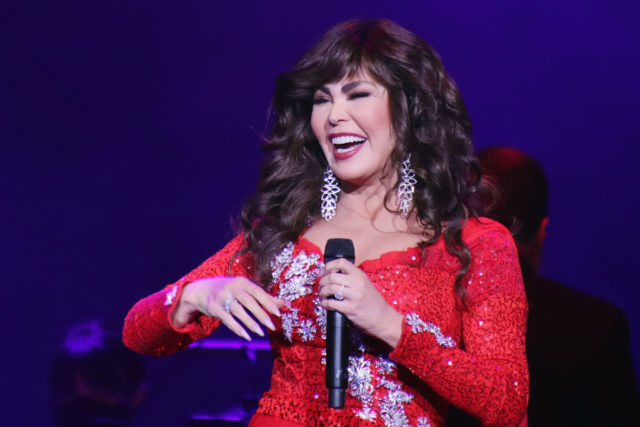 The “Paper Roses” singer says she wants her kids to be proud of what they make. “You see it a lot in rich families where the kids, they don’t know what to do and so they get in trouble. Let them be proud of what they make. I’m going to give mine to my charity.” Osmond is a co-founder of the Children’s Miracle Network Hospitals, which raises money and awareness for various kid’s hospitals in America and Canada.

Osmond also made sure to clear up rumors she was being too withholding toward her children. “I don’t not help my children,” she explained. “I mean, [if] they need help [buying] a car or something, [I’ll pitch in]. I love them to learn. You don’t love something if you don’t earn it. And so, even when they get their first car, you pay for half of it, get a job and learn that self-worth that it gives you.”

More from us: Jane Fonda, 85, Still Stays in Shape With Her Old Workout Videos

She also shared that she loves to spoil her eight grandchildren. “I just feel like this is the best time of our lives as women. Now I’m a grandma and I get to just spoil my grandkids… It’s fun… I feel like I have the best life.”