Located inside the Royal College of Surgeons of England, the Hunterian Museum is home to numerous intriguing and abnormal anatomic specimens. Once among them were the remains of Charles Byrne, better known as the “Irish Giant.” However, the museum decided at the beginning of 2023 to honor his previously ignored final wishes and remove his sizeable skeleton from public display.

Although his exact date of birth is unknown, Byrne is believed to have been born in 1761 under the name Charles O’Brien. As with his birthday, there is little known about his childhood years. It’s said, however, that neither of his parents were tall and that his height came from being conceived on top of a haystack. He was raised near Littlebridge, Ireland but decided to travel – first to Scotland and then to England – to make a living. 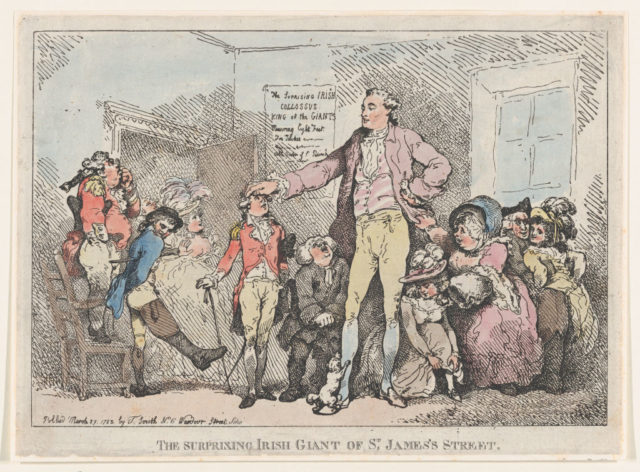 He earned fame when he reached London in 1782 and began entertaining others with acts centered on his height, running shows multiple times a day, six days a week. According to news reports from the time, Byrne drew significant attention from the public who were immensely curious about him and his body. It’s no wonder, as by the time he was fully grown he reached over seven and a half feet tall.

Later investigation revealed that it was an undiagnosed tumor on his pituitary gland that caused his gigantism. Sadly, this was also the primary cause of Byrne’s early death. Only a year or so after arriving in London at the age of 21 his health rapidly declined. This, combined with an incident in a local pub that saw all of his worldly earnings stolen, ultimately led to his death on June 1, 1783 at only 22 years old. 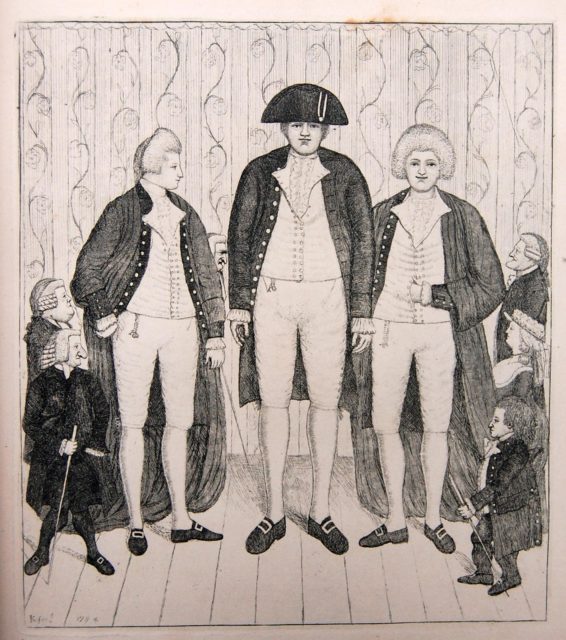 Drawing of Charles Byrne alongside two other “giants” in contrast with men of regular height, 1784. (Photo Credit: John Kay/ The Trustees of the British Museum/ Wikimedia Commons/ CC BY-NC-SA 4.0)

Shortly before this, the anatomist and collector John Hunter reached out to Byrne with hopes of obtaining his body after he finally passed away from his worsening health. Byrne was vehemently against the idea, as he did not want to be dissected or displayed. In order to prevent it, he created a plan with his closest friends to ensure that he’d be buried first in a lead coffin and then at sea.

Housed at the Hunterian Museum

Despite Byrne’s best efforts, Hunter was still able to get his hands on the body by paying off the same so-called friends who were supposed to bury him at sea. Byrne’s body was moved to Hunter’s home, which housed the rest of the collection. It was then dissected and displayed alongside the rest of the collection, which would go on to form the basis for the Hunterian Museum in London. 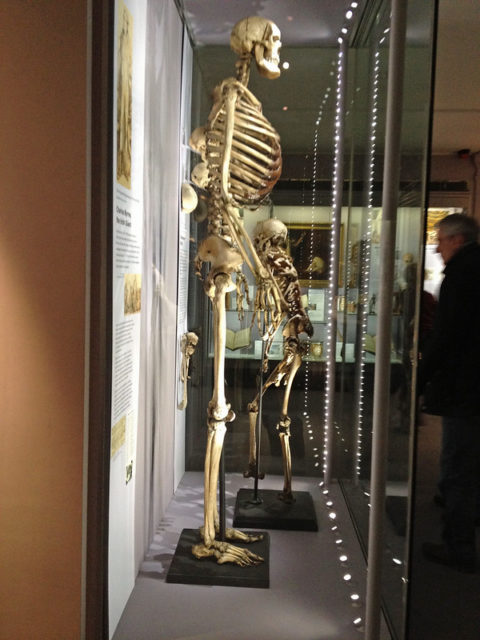 Skeleton of the “Irish Giant” behind glass at the Hunterian Museum before it was removed, 2012. (Photo Credit: Maggie Jones/ Flickr/ Public Domain)

In recent years, the decision to display Byrne in the museum has been questioned by many, given that it went against his explicit last wishes. According to one of the directors, Dawn Kemp, “What happened historically and what Hunter did was wrong. How do you redress some of these historical wrongs? The first step is to take Byrne’s skeleton off display.”

More from us: These Photos Really Show How Gigantic Andre the Giant Truly Was

Yet they won’t be honoring his wishes entirely, keeping the skeleton in case it could help humankind through further research. Regardless, the “Irish Giant” is no longer on public display as a curiosity.