Most people have a preference for Coca-Cola or Pepsi. We personally love to enjoy a good Diet Coke with lots of ice on our lunch break. It didn’t use to always be like this. For years, Coca-Cola had been the choice of soda drinkers everywhere. However, by the early 1980s, Pepsi was making big waves. Feeling threatened by Pepsi’s rise in popularity, Coca-Cola decided to launch its “new Coke” in 1985. Much to their dismay, New Coke nearly immediately faced backlash and protests, making New Coke one of the most memorable marketing blunders ever.

The problem with the original Coca-Cola 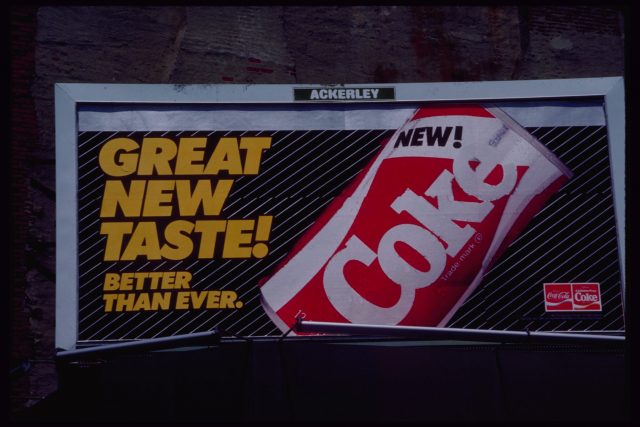 The idea for Coca-Cola originated in 1886, and by the 1890s, Americans were consuming the drink. After the Second World War, Coca-Cola was the world’s top soft drink, with 60% of the market share.

However, by the 1980s, it was clear that Coca-Cola was feeling threatened by new competitors. In 1972, 18% of soda drinkers said they preferred Coca-Cola, with only 4% opting for Pepsi. However, by the early 1980s, this percentage had drastically changed. In the early ’80s, Pepsi was met with an 11% approval rating, and Coca-Cola was just barely ahead at 12%. 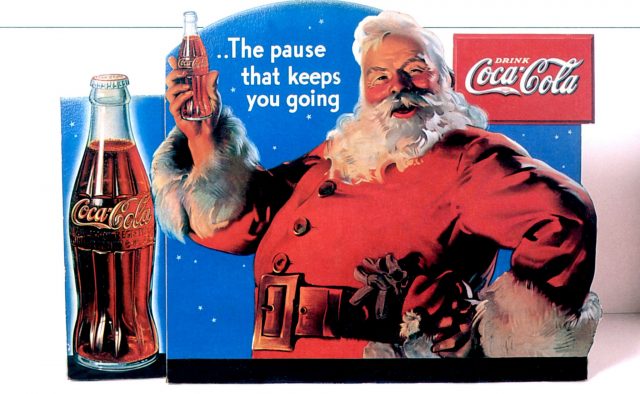 Coca-Cola had been slipping in popularity for 15 years when corporate decided that something had to be done. In 1975, Pepsi had begun a popular ad campaign called the “Pepsi Challenge.” The Pepsi Challenge was a single-blind taste test, in which the majority of the participants chose Pepsi over Coke.

After seeing the results of the Pepsi Challenge, the people at Coca-Cola felt that perhaps the public had evolved to prefer the sweeter taste of Pepsi. After going through testing and revamping, the “New Coke” was launched in April 1985.

Despite market tests done for New Coke yielding positive reviews, the Coca-Cola Company didn’t consider the bond consumers felt with the original Coke recipe. The “New Coke” was marketed to have a smoother, sweeter taste– similar to the taste of Diet Coke, but it was sweetened with corn syrup. 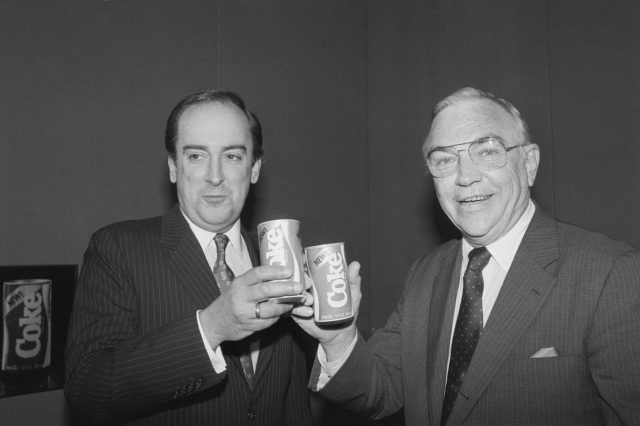 Almost instantaneously, New Coke was met with outrage across the United States. When a New Coke commercial aired on the Houston Astrodome’s giant video screen, crowds booed. In Marietta, Georgia, one woman swung her umbrella at a driver stocking cases of the new Coke flavor, yelling that it “tastes like [expletive].” Coke fanatics began stockpiling original Cokes and selling it at a markup price.

By the start of June 1985, 8,000 calls a day were coming to Coca-Cola headquarters. The company also fielded over 40,000 letters written in protest against New Coke. Interestingly, most of these letters came from people who had never written to a company. Letters were coming in from all walks of life in America – the young and old; upper, middle, and lower class; literate and illiterate. However, the message in all of these letters was all the same – people felt utterly betrayed by the Coca-Cola company for changing a 99-year-old recipe. 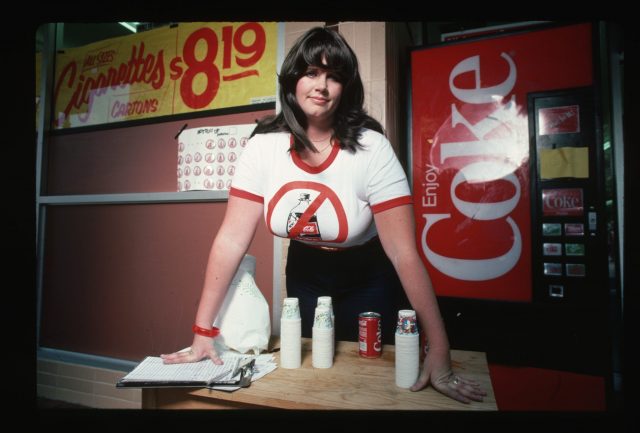 In fact, one of these letters came from a retired Air Force officer who explained how much Coca-Cola meant to him. In his letter, he revealed that his will called for his ashes to be sealed in a Coke can for internment in Arlington National Cemetery, but he was now rethinking his last wishes due to the New Coke.

One Seattle retiree named Gay Mullins supposedly spent between $30,000 to $100,000 of his own money attempting to force Coca-Cola to bring back its original recipe. In June 1985, Mullins filed a class-action lawsuit against the Coca-Cola Company in United States district court. The lawsuit sought a temporary restraining order against the Atlanta-based company and asked that the new formula Coke no longer be packaged like the old Coca-Cola. The irony of Gay Mullins’s situation was that The Seattle Times invited him to take a blind taste test, in which Mullins failed to distinguish New Coke from Classic Coke. He was never able to identify the ‘real’ Coke.

The return of Old Coke 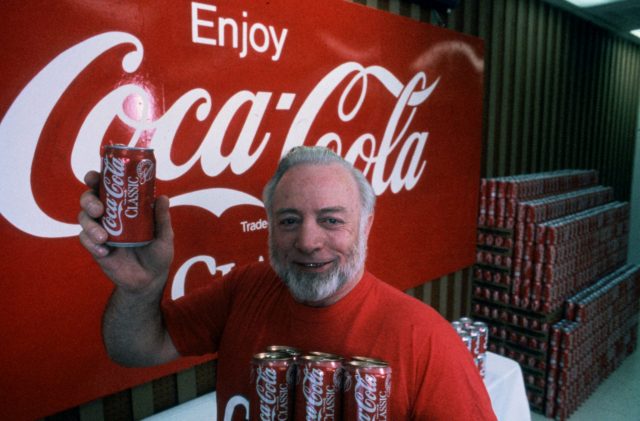 In July 1985, Coca-Cola announced that they would bring back to ‘old’ Coke. New Coke would continue to be sold, but the original Coca-Cola recipe would also be brought back to consumers.

Upon its return, Coca-Cola Classic quickly outsold New Coke and returned to its position as the top-selling sugar cola, pulling ahead of Pepsi within a few short months. New Coke continued to be sold for a number of years. In 1992, New Coke was renamed Coke II, but the beverage was eventually discontinued in 2002.

So why was Old Coke such a flop? One psychologist claimed the emotional response to removing the original Coca-Cola recipe was equivalent to the reaction of grief-stricken parents mourning the death of their favorite child.

More from us: The Surprisingly Violent Story Of The Cabbage Patch Kids Riots

At the base of the New Coke hysteria was that Coca-Cola was something inherently American. Americans felt betrayed that Coca-Cola had switched up a recipe that had been theirs for nearly a century. Who would have thought that a simple recipe change would garner such outrage from the American public?