At 85, Jane Fonda is proving that even if leotards are out of style, staying in shape can be achieved at any age. The queen of the ’80s exercise video, Fonda is a cultural icon who’s championed feminism, the anti-war movement, and more recently has tackled climate change.

Even in light of recent health struggles, Fonda says she still grooves along to her workout tapes while in remission after receiving treatment for non-Hodgkin’s lymphoma. In a recent interview with Elle magazine, Fonda shared she works out to be healthy, not skinny.

Fonda says her workouts are “still relevant today,” but makes minor adjustments to move more slowly through each exercise. The workouts help her to live her life to the fullest. “You want to be able to carry your grandchildren,” she said. “And I can still do that.” 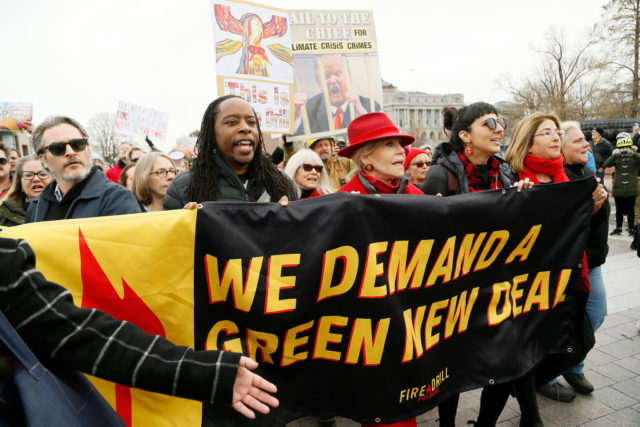 Fonda also stresses the difference between being fit and being thin: “Wanting to be bone thin is not good. It’s not good for your health, and it’s not good for your mind to be that deprived. Someone who’s in bed with you might not like it either, because you can get hurt on those hipbones!”

Her bestselling workout tape Jane Fonda’s Workout was released in 1982, and now Fonda’s repertoire of workout videos includes 27 volumes spanning from low-impact workouts and pregnancy-friendly fitness to yoga and children’s exercise tapes. Fonda started shooting the first workout video with friend and director Sid Galanty, who convinced her to ad-lib her instructions and be herself instead of sticking to pre-scripted scenes. 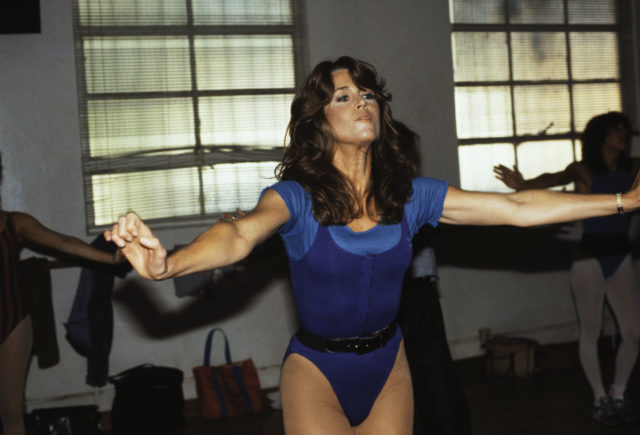 While Fonda wasn’t the first to offer workout tapes, she did revolutionize the genre with her authenticity and celebrity status – making workouts fun and accessible. She continued to make videos until 2012 when she was 75.

The Grace and Frankie star also addressed how she became aware of feminism and her relationship with men. “I grew up thinking you have to go with the man, identify with the man, please the man… You have to be close to men” Fonda recalled.

“When I was first married… I served him hand and foot. One of his friends said about me once, ‘God she’s so great, she’s like a guy’ and I thought ‘oh my god, what a compliment!’ That was my mentality then.” It wasn’t until she saw The Vagina Monologues in 2000 that her perspective of feminism changed, stating she only learned to love the fact that “I am a woman” 23 years ago.

More from us: Jamie Lee Curtis Warns People Not To ‘Mess With’ Their Faces

Fonda recently echoed the style of her successful fitness videos in a new ad campaign for clothing company H&M, proudly calling herself a “forever mover” and urging viewers to “always be trying to move and grow.” Beyond her activism and acting career, Fonda says she is an avid “reader, hiker, fly fisherwoman and yoga enthusiast.”