Vintage Pyrex is Huge Again – Here’s Where To Score Some

Every kitchen seems to have that one Pyrex dish that has survived the test of time, endless cabinet culls, and years of heavy use. It’s likely vibrantly colored, patterned, or a mix of both, which adds to its vintage feel. Dishes like these have started to make a huge comeback, and are increasingly popular with collectors and those who believe that the old designs are just better than new ones. Here’s how you can find some incredible vintage pieces of your own.

Pyrex glassware was first created in 1915 by Corning Glass Works. These early pieces were made using borosilicate glass as it doesn’t expand and contract like other glass when it experiences quick temperature changes. This is why the vintage dishes can be used for baking or put into the freezer without any concern that the material will shatter as with other glass containers. Pyrex was an incredible hit and a vast improvement over the metal cookware that was used previously. 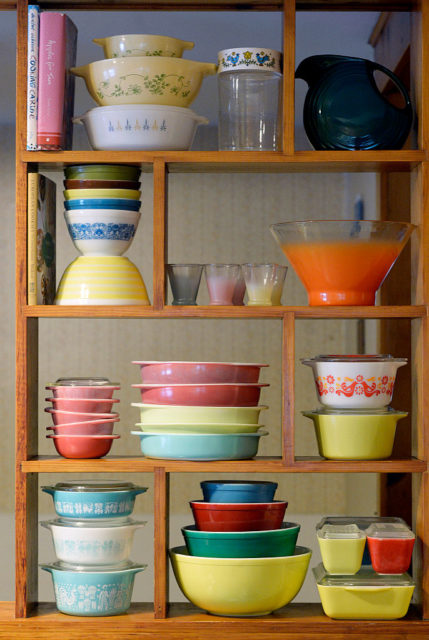 The design was altered in the 1930s and ’40s to be made with soda-lime glass, a much cheaper way of producing the dishware. Pyrex said the change was because soda-lime glass was much more resistant to breakage when dropped. It doesn’t, however, have the same ability as borosilicate to withstand rapidly changing temperatures.

Pyrex has become more popular in recent years after falling out of fashion for a time. For some people, it’s the designs that are the most enticing aspect of this cookware. Although the pre-1940s details were simple, those that came after were more elaborate, made in a variety of different colors accented by flowers, vegetables, herbs, snowflakes, and more. Other fans, however, prefer vintage Pyrex to modern designs because of the old glass it’s made of. 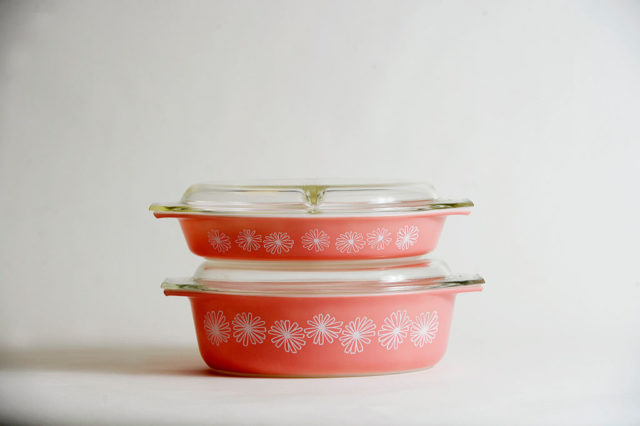 Despite the claims made when the new soda-lime glass was implemented, a lot of users think that the newer formula is much more prone to shattering than the earliest Pyrex. Regardless of the reason for its popularity, vintage Pyrex often has a hefty price tag associated with it, with single bowls ranging from $5-$200, and sets running up to $1,500. Of course, there are outliers to this price range, with certain special edition pieces going for much more. Allegedly, one dish sold on eBay for $5,655 in 2020.

Where to find it

TikToker Jamie Hardisty, better known as Pyrex Girl, shared some advice for those who might want to try their hand at starting their own collection. The first place to look is, of course, in antique stores. Many Pyrex pieces end up there, ready and waiting to be taken home. Hardisty advises potential buyers to tell the shop owner that they’re a collector looking for pieces. This will allow the seller to point the Pyrex seeker in the right direction elsewhere or pull out pieces from that back that aren’t on display. 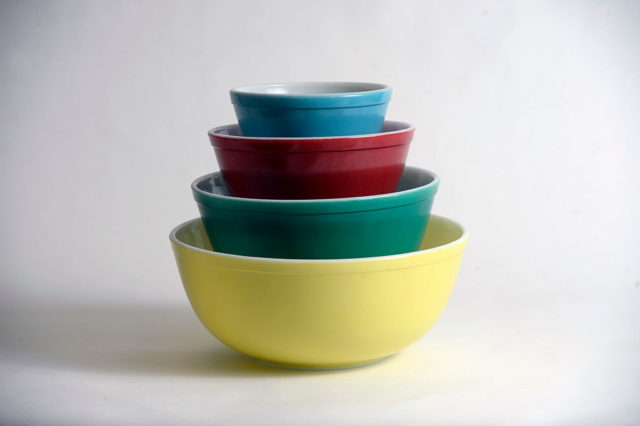 Thrift stores, charity shops, and garage sales are also great places to look. There are also many online selling platforms, such as eBay and Etsy, where people sell these vintage pieces. Bonus – you don’t have to leave the comfort of your house to get them!

More from us: The Meal That Julia Child Called ‘Life-Changing’ and Other Facts About the Famous Chef

And finally, after exhausting antique stores and online retailers, Hardisty suggests letting family and friends know what you’re looking for. They just might have something hidden away in their kitchen that they’d be happy to part with.

« Jane Fonda, 85, Still Stays in Shape With Her Old Workout Videos
At 118 Sister André Was the Oldest Known Person in the World – She Was Alive When the Titanic Sank »