On January 17, 2023, Sister André, the world’s oldest living person, died in the South of France at the age of 118 years, 340 days. As a supercentenarian, a person who has reached the age of 110, she lived an impressive life and was around for many events that are, to most people, nothing more than words in a textbook. As incredible as her lifespan was, what is perhaps more amazing is what’s been attributed to her longevity.

Sister André was born Lucile Randon on February 11, 1904. She first worked as a governess in Marseille when she was only 12 years old. In 1922 she also began working as a teacher for a family in Versailles, with whom she stayed until 1936. It was during this time that she converted from her Protestant upbringing to Catholicism at the age of 19. In 1944 she joined the Daughters of Charity and took the name Sister André, which she would carry for the rest of her life. 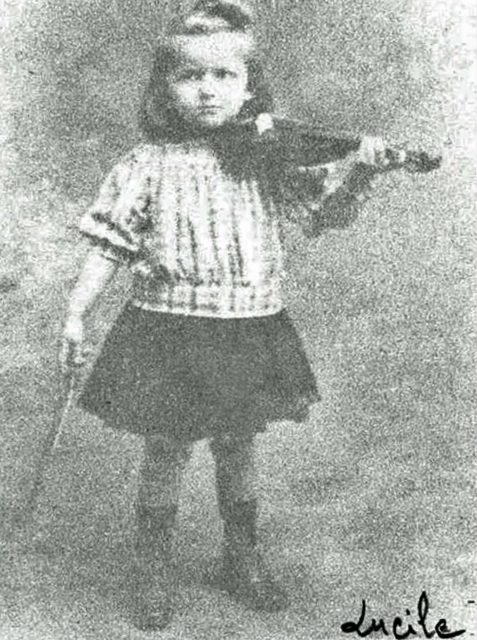 A few years later she was employed at a hospital in Vichy where she worked with orphans and the elderly for the next 18 years of her life. Sister André was then sent to a hospital in Drôme in 1963. She finally retired at the age of 75 but continued to care for the elderly on a part-time basis until she was 100 years old herself, an age far superior to that of her many patients. It wasn’t until she was 105 that she moved into a care home in Toulon.

As to be expected of someone who has lived for so long, Randon saw many of history’s most monumental events unfold right before her eyes. Although a young girl at the time, she was alive during the First World War and the Spanish Influenza. During the Second World War, she looked after young children until she took up her post in Vichy. She spoke many times about the things that she saw throughout her life. 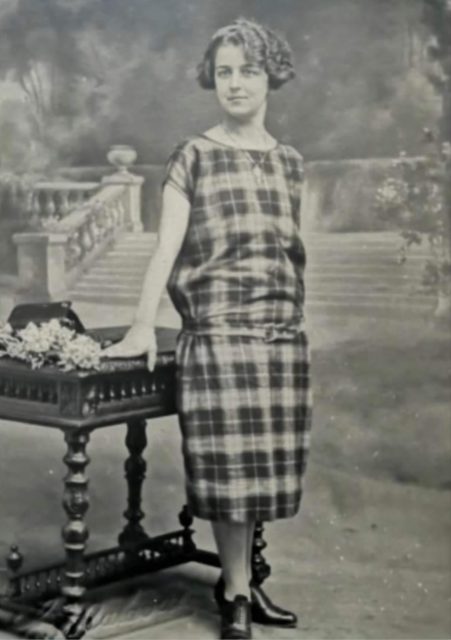 In particular, she recalled seeing many French soldiers return to their country traumatized after fighting in the Algerian Independence War, men she helped treat while they were in the hospital. She commented in an interview for her 118th birthday, “Since I came into this world, I have only seen wars and fights.”

When she turned 118 she was sent a handwritten birthday note from Emmanuel Macron, the French President. This was the 18th president during her lifetime, alongside 10 different popes in charge of the Catholic Church. Guinness World Records credited her with being the oldest living nun ever.

Secret to her health

As to be expected, when Randon aged a number of health issues appeared. A few years after moving into her care home she went blind in both eyes and started using a wheelchair. Later in her life, Randon was the oldest survivor of SARS-CoV-2 during the COVID-19 pandemic. She contracted the illness shortly before her 117th birthday and, despite her advanced age, had no symptoms. Randon told workers at her nursing home that she was “not afraid of COVID because I’m not afraid of dying.” 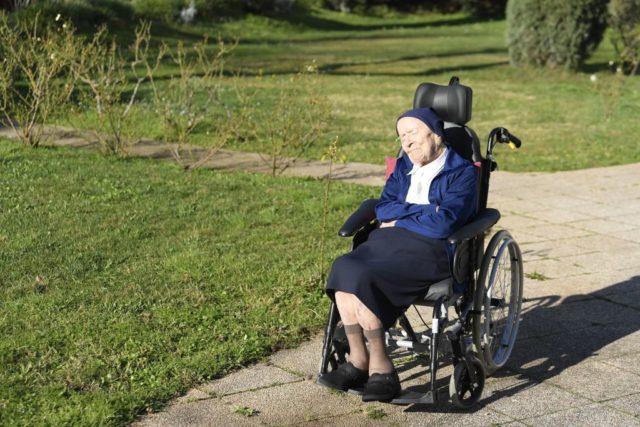 It is unclear exactly how Randon lived such a long and fulfilling life, although there are many theories. She once told reporters that “work kept me alive,” which was evidenced in her avid volunteer work that went on well past her official retirement. Others have theorized that it was her daily dose of chocolate and red wine that contributed to her longevity. A staff member at her nursing home said, “Her glass of wine maintains her and which is perhaps her longevity secret. I don’t know – I don’t encourage people to drink a glass of wine every day!”

More from us: Jane Fonda, 85, Still Stays in Shape With Her Old Workout Videos

Randon will be greatly missed by those that knew her, with there being an outpouring of sadness at the news of her passing. The title of oldest person alive has now passed to María Branyas Morera.