One of the most well-known chefs in history, Julia Child, was not born with a spatula in her hand. Cooking was something she had to work for, had to learn. And she wasn’t inspired to cook until well into her 30s. All those years were spent trying different things, until one afternoon she heard her calling. She went for a simple lunch with her husband and never looked back. French cuisine had its grip on Julia Child for the rest of her life. 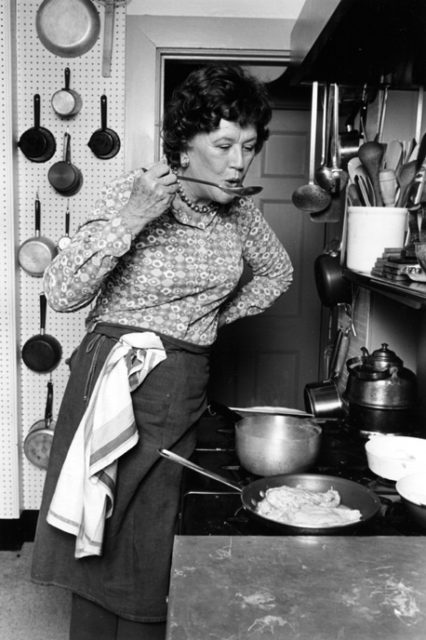 Born Julia Carolyn McWilliams on August 19, 1912, in Pasadena, California, Julia was blessed with a privileged childhood. Both of her parents were from wealthy families. Her father was a Princeton graduate, banker, and early investor in real estate. Her mother was the daughter of the Lieutenant Governor of Massachusetts and the heiress to the Weston Paper Company.

This wealth allowed Julia to attend an all-girls boarding school in Northern California, where she was engaged in many academic and after-school programs. Here, she grew to a stately height of 6 foot two inches and gained a reputation as a lively prankster. She did not excel academically, but she did have great success with activities that were more hands-on, including golf and small-game hunting. 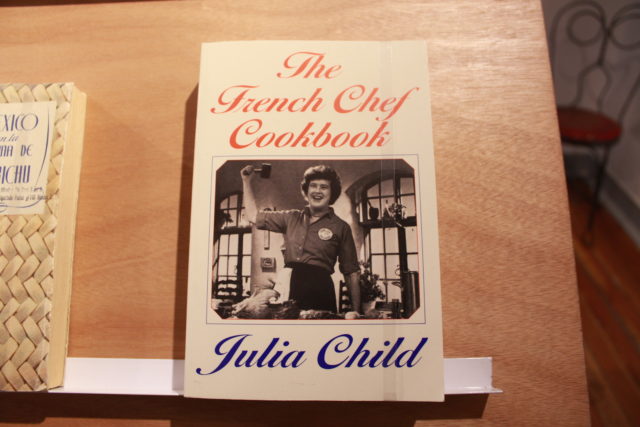 When it was time to attend college, Julia chose her mother’s alma mater, Smith College in Massachusetts. She majored in history and intended to become a writer, although none of her works were published. Following school, she switched gears and moved to New York, where she performed secretarial work for the home furnishing company W. & J. Sloane.

After some time, she transferred to the Los Angeles branch of the company, where she worked until 1939. While here, she ran into some issues with the management team and was fired for “gross insubordination” due to a mix-up with a document.

Working for the Secret Service

In 1941, Julia began volunteering for the Pasadena chapter of the American Red Cross, eager to help in the war effort. She was sent to the Department of Stenographic Services and worked in the Aircraft Warning Services. While volunteering, Julia applied to join the Women Accepted for Volunteer Emergency Service (WAVES) and the Women’s Army Corps (WACs) and was rejected for both. The reason? Her height – she was just too tall.

After rejection, Julia continued her contributions to the war by moving to Washington, DC and becoming a senior typist for the Research Unit of the Office of War. This opened the channel for her to become a junior research assistant for the Secret Intelligence Branch of the Office of Strategic Service (OSS). The OSS is considered the forerunner of the CIA, so Julia technically served as a spy in WWII. 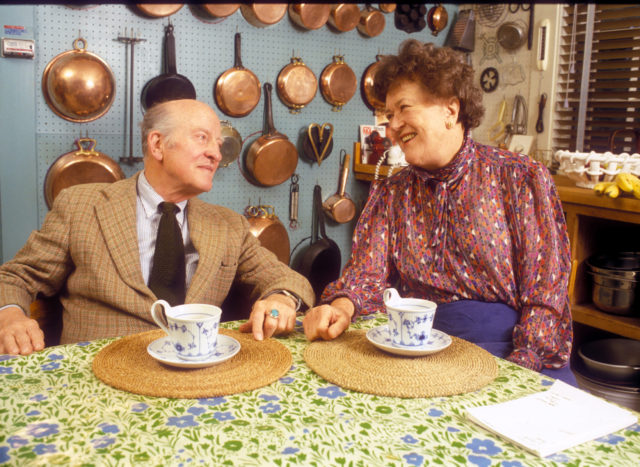 Although the work was based out of Washington, Julia eagerly volunteered for international assignments. The OSS sent her to places all over the world. She was once stationed in Kunming, China, and was also sent to Colombo, Sri Lanka. In 1945, while in Sri Lanka, Julia met Paul Child, and the two began a romantic relationship. Paul was also an OSS employee, so they had plenty in common and lots to talk about. 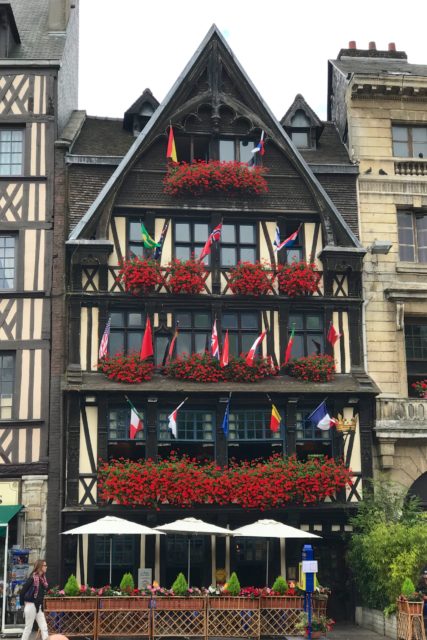 At the end of the war, the two returned to America and became married, giving her the famous moniker she will always be remembered by, Julia Child. Between 1946 and 1948, the two lived in happy matrimony in America, but in 1948, Paul was re-stationed in Paris to work at the U.S. Information Service at the American Embassy. This would be the first time Julia sets foot on French soil, and would become the biggest turning point in Julia’s life.

For one of their first meals in Paris, Julia and her husband enjoyed a lunch at Restaurante La Couronne. This restaurant is actually the oldest restaurant in France, opening as an inn in 1345. When they sat down to eat, they ordered oysters, sole meunière, and a green salad. This light, delicate food was in sharp contrast to the heavy meat and potatoes Julia was used to in America, and she devoured the meal. 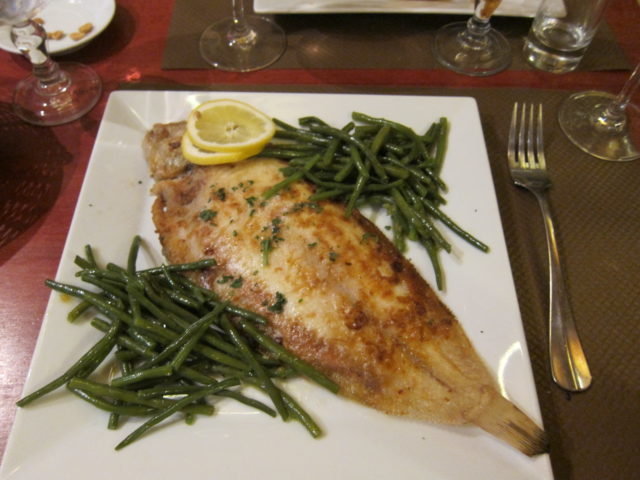 Sole meunière is a deceptively simple dish that actually requires a lot of practice, involving light white fish in a butter sauce with capers. This meal is all about flavor, and one bite gave Julia the epiphany she didn’t know she was looking for.

Julia was immediately hooked. She and her husband were having so much fun experiencing French cuisine that they could barely breathe in between bites. She once remarked, “It came upon me that that was what I was looking for all my life. One taste of that food and I never turned back.”

That meal changed her life 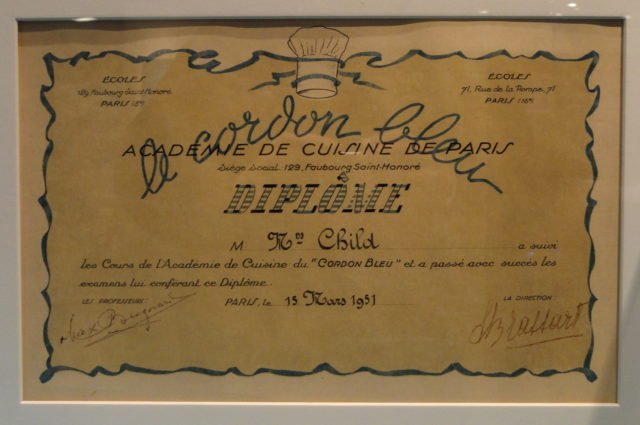 This meal was a life-changing experience. Not long after, Julia enrolled in Le Cordon Bleu school in Paris to study French cuisine. She trained there for six months and was given private lessons with the master chef there, Max Bugnard. Finally, in 1951, she had earned her Diplôme de Cuisine.

After graduating, she collaborated with fellow classmates from Le Cordon Bleu, Simone Beck and Louisette Bertholle, to create the world-famous cookbook, Mastering the Art of French Cooking. This book is filled with recipes from all different food groups, including recipes for soup and dressings, as well as breakfast and dinner. 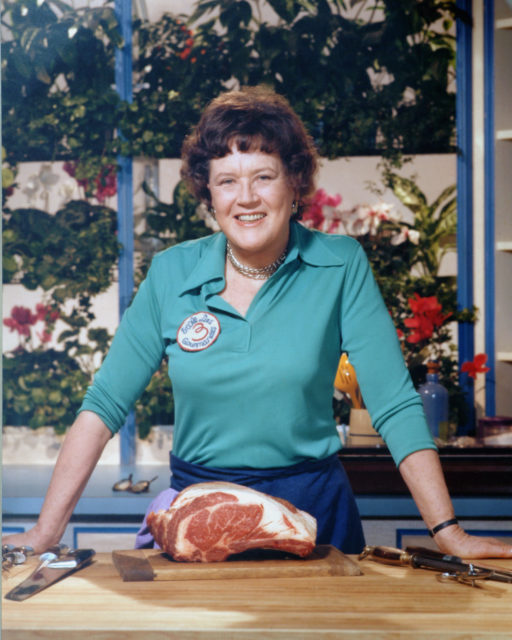 A portrait of the American chef Julia Child shows her standing with a cut of meat in her kitchen, late 20th century. (Photo Credit: Bachrach / Getty Images)

When Julia and her husband returned to America, her career as a chef really took off. In 1963, she became the first woman in America to host her own cooking show on television and became a household name. She revolutionized the way Americans thought about eating and cooking, and brought international flavors into the average American home.

Over the years, she published multiple bestselling cookbooks covering all sorts of topics involving work in the kitchen. Her cooking show remained on air for a decade, and she even went on to host a number of other television programs. She co-founded the American Institute of Wine and Food in 1981 and created the Julia Child Foundation for Gastronomy and Culinary Arts in 1995. In 2004, Julia passed away, but left behind a legacy of her love for food.

More from us: Long before she cooked French dishes on TV, Julia Child helped the CIA develop shark repellent

Restaurante La Couronne, where Julia experienced her life-changing meal, is still operating today. They even have a prix-fixe menu dedicated to Julia, so that fans of hers may visit the restaurant and experience the exact same meal that she once did while having lunch with her husband in 1948.