Anyone who has watched The Crown or the recently released movie, Spencer, will understand that the late Princess Diana had a difficult relationship with food. Although television shows and movies about Diana’s life are often sensationalized, Diana was open about her struggle with bulimia during her life. After her 1992 split from Prince Charles, Diana worked hard to have a healthier relationship with food and sought help to get her eating disorder under control. Here we take a look at Princess Diana’s eating habits, as revealed by her personal chef Darren McGrady. 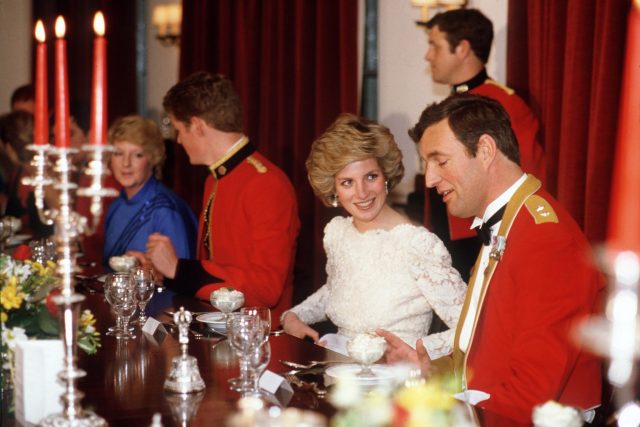 Darren McGrady has made a career as a personal chef for some of the most recognizable names of the twentieth century. McGrady perfected his culinary skills at the Savoy Hotel in London from 1980 to 1982, achieving the position of Chef-de-partie Saucier.

In 1982, McGrady moved to the Royal Kitchen at Buckingham Palace. For 11 years, he cooked for Queen Elizabeth II and the Duke of Edinburgh and their guests. During his time working as a chef for the Queen, he also cooked for Presidents Bush, Clinton, Reagan, and Ford. 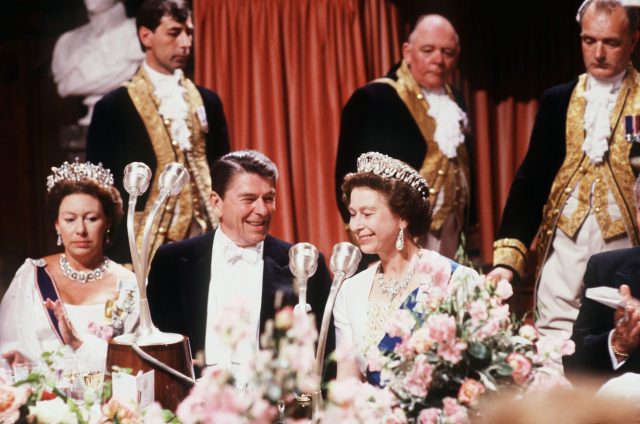 After Diana’s death, he declined an offer from Prince Charles to become his private chef at St. James Palace. Instead, McGrady decided to move to the United States, where he still lives. Today, McGrady works as a chef, author, culinary consultant, event planner, and public speaker in Dallas, Texas. 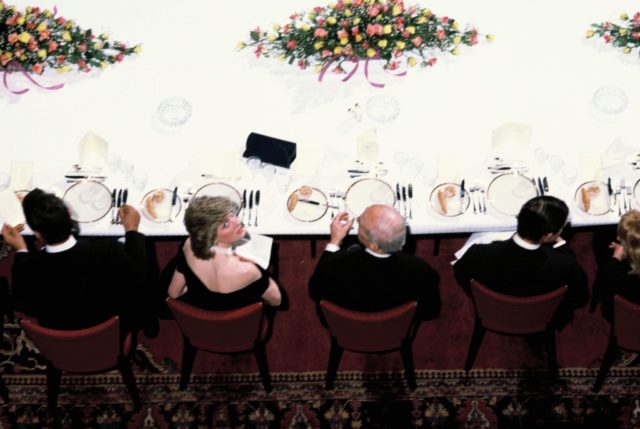 McGrady wasn’t cooking just for Diana at the start of his career, but for the entire royal family. According to the chef, dinner was an extremely formal event at Buckingham Palace. The royal family would come in for afternoon tea taken next to a nice fire. After tea time was done, they would put on their dinner attire, which consisted of very fancy clothes. McGrady compared royal dinners at Buckingham Palace to those featured on popular television series, stating, “they’d come down in dressy ball gowns, and sit at the table, like a Downton Abbey dinner. All the fine china was brought out. At the end of the meal, a bagpipe player would walk around the table.” In fact, dinners were so formal that Princess Diana was too afraid to ask for seconds when dining with the Queen, so she would often go down to the kitchen after dinner and ask for additional servings.

In contrast to this, Diana tended to be much more relaxed and informal when eating without all the pomp that came with royal meals. For starters, Diana often ate her lunch with McGrady and the other staff in the kitchen. This isn’t something that any of the other royals would have done while McGrady worked at Buckingham Palace. All of his staff ceased whatever they were doing the moment Queen Elizabeth came into the kitchen. They were expected to move back a few steps and bow. When Diana entered the kitchen, it was much more informal and casual. 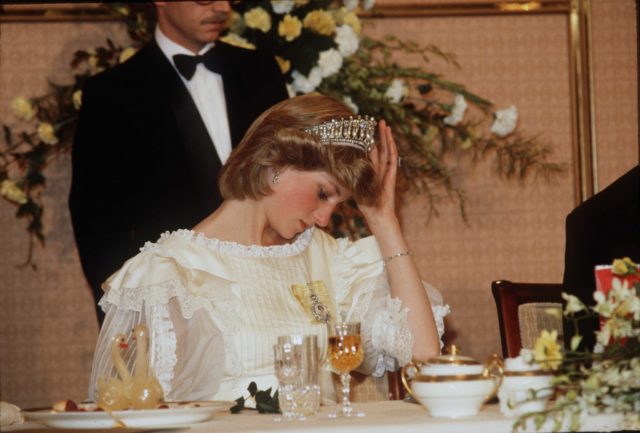 Diana also preferred a more informal lunch than a formal dinner when living at Kensington Palace. She liked to typically have an early night because she would wake up around six or seven in the morning. Diana found that dinner parties tended to go on too late. However, because of her position in the media’s spotlight, informal luncheons presented Princess Diana with a sort of loophole. She told McGrady, “I can’t invite men back for dinner because the media would find out and then I’m in real trouble, all sorts of things happen. So whenever I do an event for a charity, or have a friend round, I have to have them for lunch.”

McGrady’s cooking for Diana during her recovery 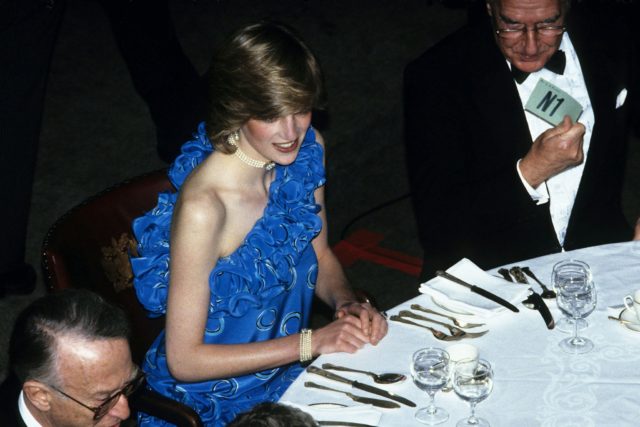 Princess Diana at a banquet at the Guildhall, London England, 1982. After this photo was published, comments arose about how thin she looked. (Photo Credit: Anwar Hussein/ Getty Images)

Darren McGrady doesn’t like to talk about Princess Diana’s eating habits during the years she had bulimia out of respect for the late princess. He mentions that while she was suffering from this eating disorder, her “food requests were all over the place.” Initially, McGrady stated that while Diana was at Buckingham Palace, she hid her bulimia from virtually everyone. In a 2017 interview with Marie Claire, McGrady revealed, “[we] didn’t know about it. It wasn’t until she confronted it, and everyone put two and two together.”

McGrady was also with Diana when she decided to get healthy. One day Diana asked Darren to take care of all the fats, and she would take care of all the carbs at the gym. After that, McGrady changed everything. In fact, he threw out the recipe book he used at Buckingham Palace and “got into healthy eating,” as he recalled. 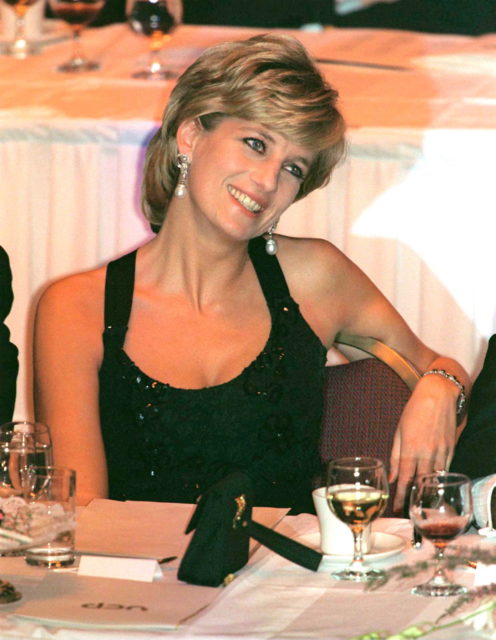 After this lifestyle change, McGrady remembers that Princess Diana was always open to trying new things – including juicing. McGrady revealed that Princess Diana “was juicing before, I think, anybody had even heard of it.” Her diet also included a lot of fish in her recovery. In fact, Diana actually refused to eat any red meat. McGrady has stated that the only red meat she would eat was lamb – and that was only when she was entertaining. She never ate beef. 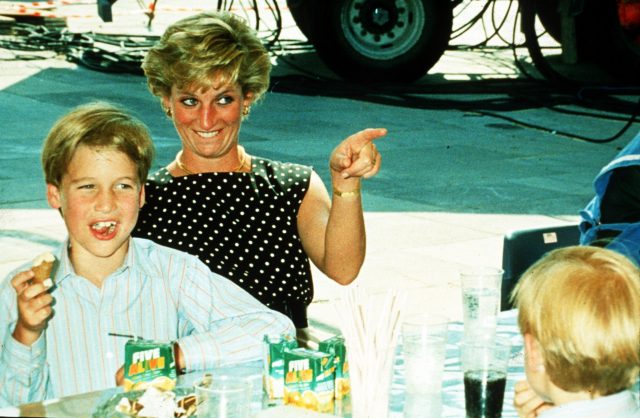 Because McGrady worked so closely with Princess Diana at Kensington Palace, he also had the opportunity to get to know Prince William and Harry. As it turns out, these princes have similar eating habits to us. In fact, both William and Harry loved to eat out at fast food joints, including Mcdonald’s!

McGrady revealed that one time, Diana came into the kitchen and said, “Cancel lunch for the boys. I’m taking them out, we’re going to McDonald’s.” McGrady was surprised by this and responded to Diana saying “oh my god your royal highness, I can do that, I can do burgers.” However, Diana told Darren that it was “the toy” that the boys really wanted. According to McGrady, William and Harry loved all sorts of “American” foods, including pizza, McDonald’s, and potato skins. Although they were princes, they still had children’s palates. 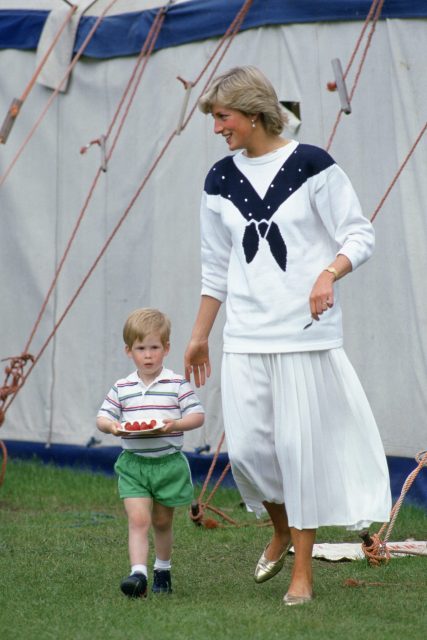 Princess Diana and Prince Harry, who is carrying a plate of strawberries, circa 1987. (Photo Credit: Tim Graham/ Getty Images)

When the boys were at Kensington, Diana, William and Harry would sit down for dinner at 6:30 pm. The food for family suppers at Kensington was served buffet-style, so “they could just go and help themselves, as opposed to in the palace where they’re served each course.”

McGrady remembers that Diana used to spoil her sons and was much more lenient with them than their Nanny. Princess Diana would say, “if they’re with me and they want loaded potato skins and fried chicken then they can have that. And if they don’t eat it and they still want pudding, they can have that too!” She was much more relaxed than Nanny, who always wanted William and Harry to eat all their dinner. 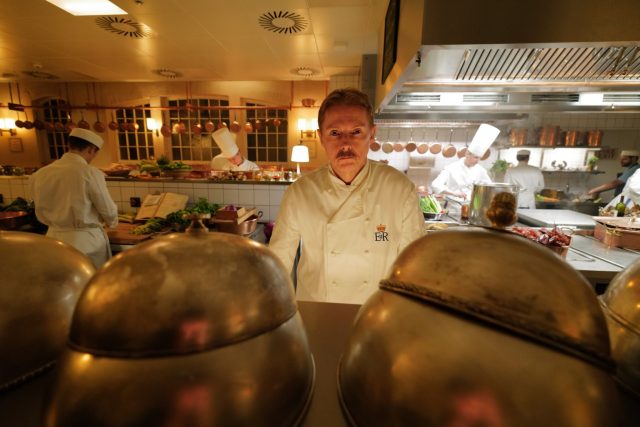 McGrady recognized that he wasn’t Diana’s friend, but rather “the chef.” Yet, Diana and Darren developed a natural bond over the many years he worked for her. Diana would rant, cry and joke with McGrady, which allowed him to see a different side of the People’s Princess.

This special bond has been immortalized in the 2021 movie, Spencer. Darren McGrady is played by Sean Harris in the movie. In 2016, McGrady revealed in a tweet that he had dinner prepared and on the table on the day Princess Diana died. 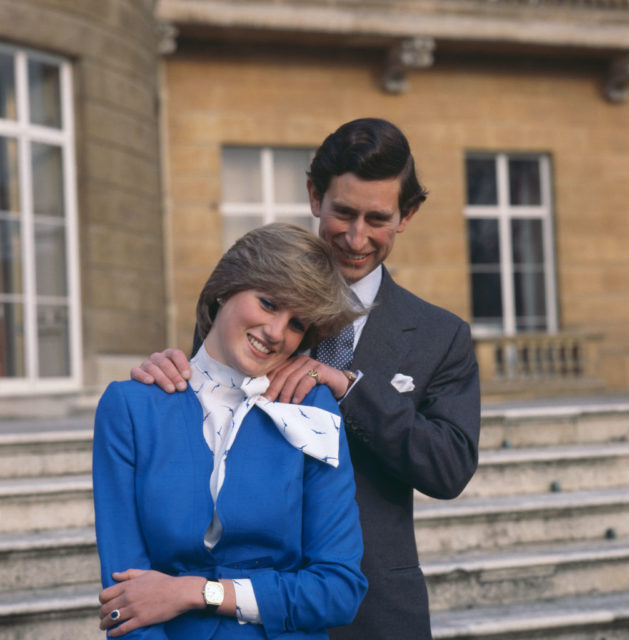 Diana’s struggles with bulimia have been well-documented. In his 1992 book, Diana: Her True Story, biographer Andrew Morton revealed through interviews that Diana’s health crisis started after her engagement to Prince Charles a decade earlier, in 1981.

“My husband put his hand on my waistline and said: ‘Oh, a bit chubby here, aren’t we?’ and that triggered off something in me,” the princess recounted. From the first time she was measured for her wedding dress to the day of her wedding, her waist had shrunken from 29 down to 23-and-a-half inches.

Diana also discussed her eating disorder in a now-notorious interview with BBC journalist Martin Bashir. Her openness and candor surrounding a previously taboo topic are credited with removing the stigma around bulimia and other eating disorders.

“By sharing her story, Princess Diana encouraged people who recognized their own symptoms in her experience to seek diagnosis and treatment,” said Lauren Smolar, the Senior Director of Programs at the National Eating Disorders Association. In fact, the support she provided to others by talking about her own struggles is known as ‘The Diana Effect.’

« The Oddest Christmas Parlor Games from Victorian Times (Some of Them Would Literally Break Your Bones)
9 Facts About John Lithgow, the Man Who Played Winston Churchill… and Yoda! »