The Catacombs of Paris: The Final Resting Place for Millions of Parisians

The Catacombs of Paris are a series of underground ossuaries, where the remains of over six million people were laid to rest. The Catacombs are a popular tourist attraction, and the reason behind their creation is as grisly as the sights visitors see upon their descent underground.

Overflowing with the dead

For centuries, Paris has been one of Europe‘s major hubs, with tourists visiting each year. Many fall in love with the city and opt to make it their permanent residence, a decision that caused a gruesome issue during the 17th and 18th centuries. 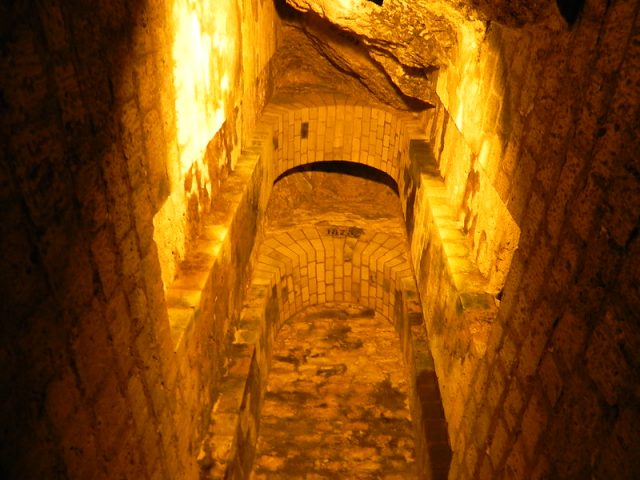 By the middle of the 1700s, the population was growing at such a rapid rate that the city’s cemeteries were overflowing. Graves were so full that remains became uncovered. This caused a public health issue, with residents complaining about the stench emanating from the burial sites. 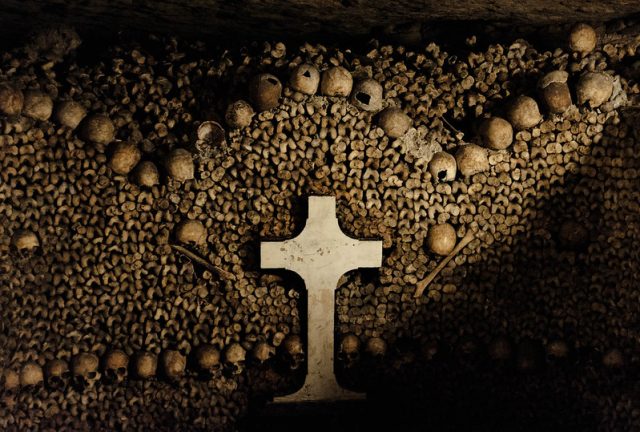 In 1763, King Louis XV decreed all burials within Paris banned, and a decade later it was decided all cemeteries within the city’s limits would be moved to its limestone quarries. These tunnels had been excavated centuries earlier to build Paris.

Bones are moved to the catacombs

Preparation to ensure the tunnels could handle their new purpose began in the 1770s. The plan was to use the former Tombe-Issoire quarries under the plain of Montrouge because of their easy access. This specific location was in operation during the 15th century, after which it was abandoned. 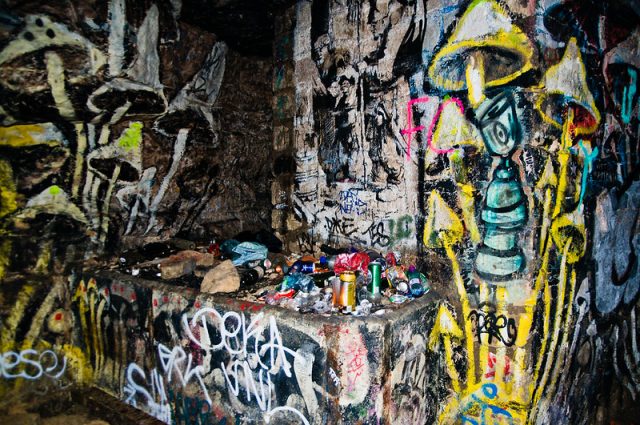 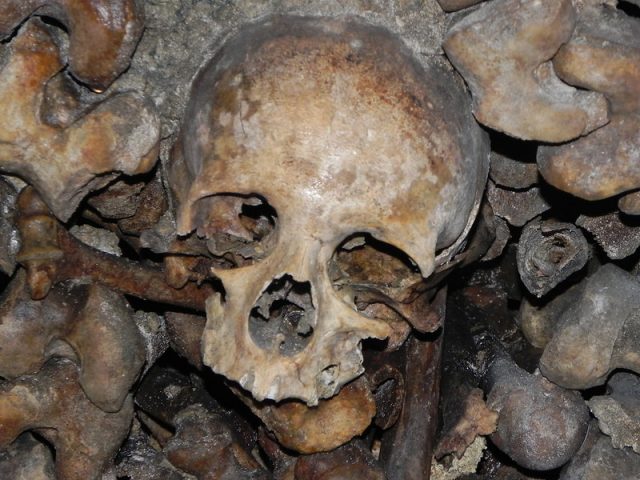 The need for new burial places rose in urgency after the basement of a building next to the Les Innocents cemetery collapsed, exposing the remains of deceased Parisians. The Catacombs were soon completed, and by 1786 nightly processions with covered wagons transported hundreds of remains from Les Innocents. The process took two years. 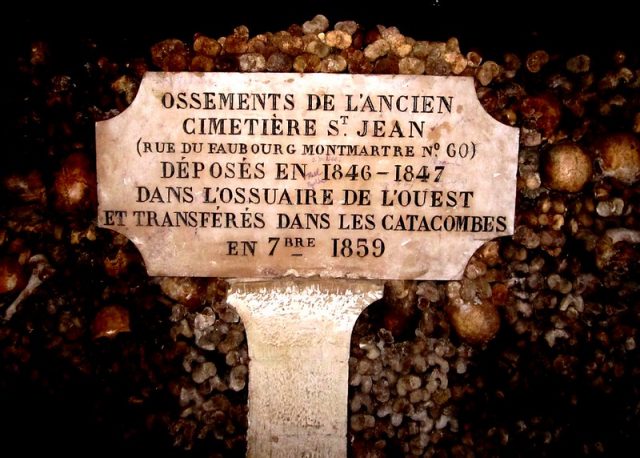 Remains were also transported from Notre-Dame-des-Blancs-Manteaux, Madeleine Cemetery, Saint-Étienne-des-Grès, and Errancis Cemetery. In all, between six and seven million remains were transported to the Catacombs, the oldest of which date back to the Merovingian era, some 1,200 years ago. 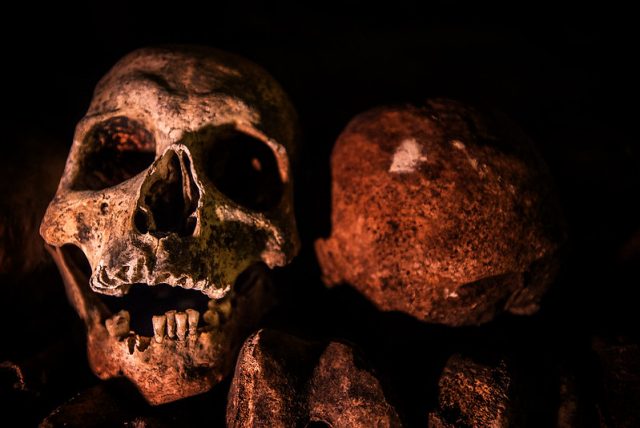 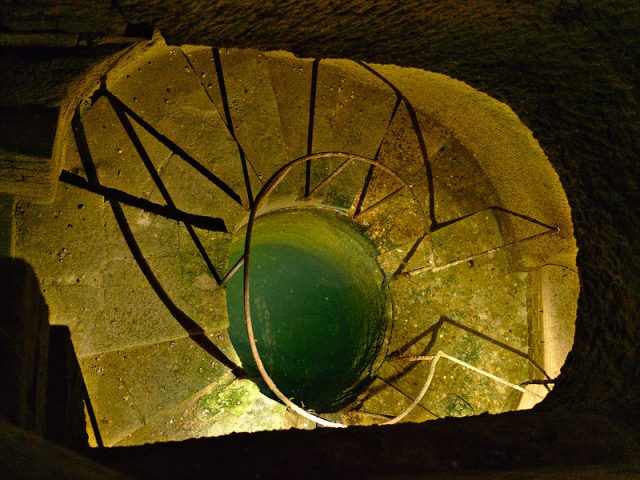 Beginning during the French Revolution, those who died in Paris were buried in the Catacomb’s ossuaries. This practice continued until around 1860.

In 1809, the Catacombs of Paris were opened to the public by appointment only. A year later, Louise-Ã‰tienne HÃ©ricart de Thury, director of the Paris Mine Inspection Service, ordered renovations be made to turn the Catacombs into a mausoleum. This involved stacking the skulls and femurs, as well as adding decorations typically found in cemeteries. 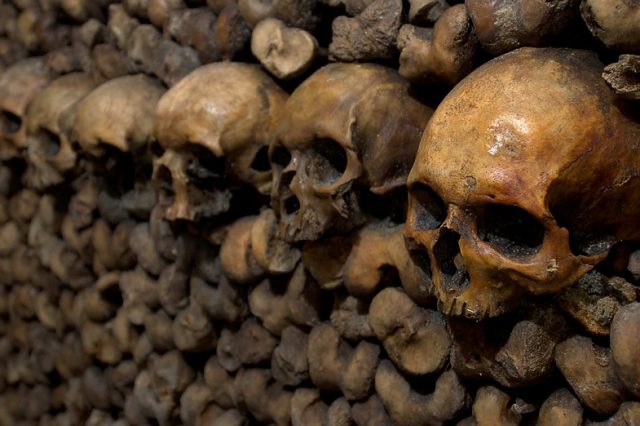 de Thury played on the morbid curiosity of the public with his renovations. He added tablets and archways, which bore ominous warning inscriptions. He also installed stone tablets with comments about the ossuary. To ensure the safety of visitors, he ordered the Catacombs walled away from the rest of Paris’ 800-hectare tunnel network. 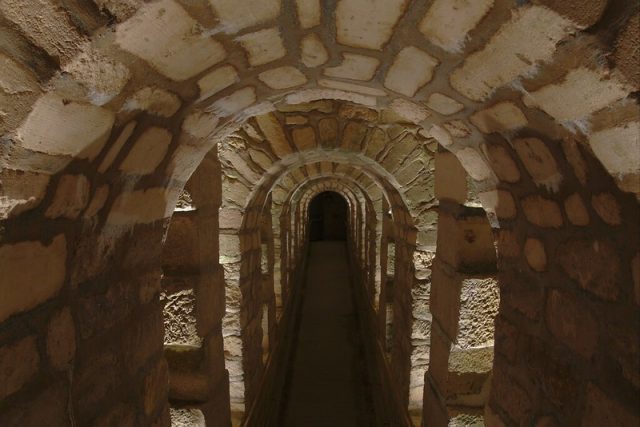 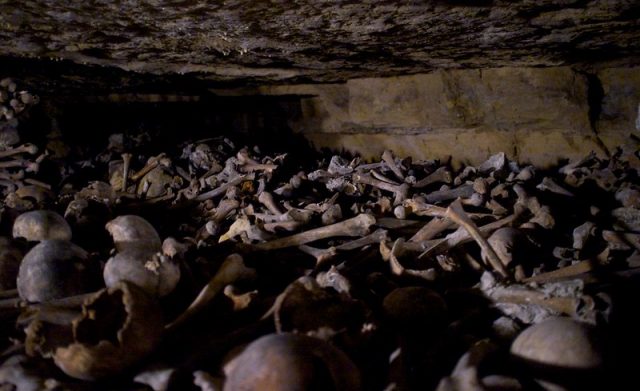 The final changes made were actually additions to the Catacombs. The first was a room dedicated to the various minerals found beneath Paris, while the second room showed skeletal deformities discovered during the construction and renovation. 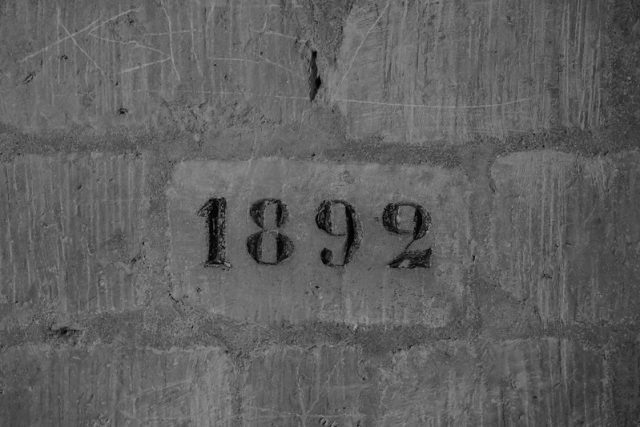 The Catacombs were officially opened to the public in 1874, after all the renovations were completed.

One of the more interesting aspects of the Catacombs is its use by resistance members during the Second World War. They used the tunnels beneath Paris and established the headquarters from where Colonel Rol-Tanguy led the insurrection for the liberation of Paris in June 1944. 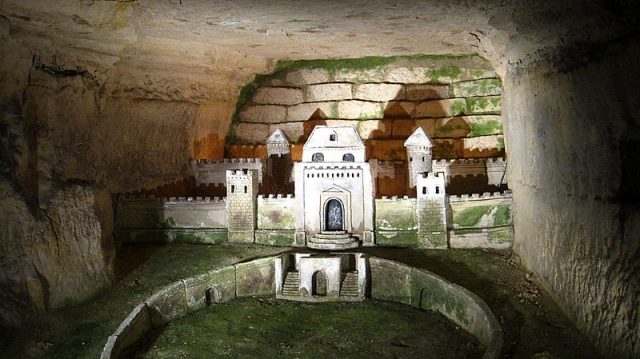 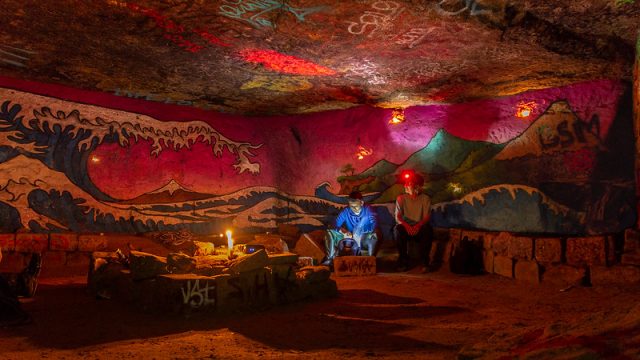 Currently, the Catacombs are among the most popular tourist attractions in Paris, averaging just under 500,000 visitors a year. Many are fascinated by its construction, while others are drawn by its unique history – which includes the fact it once held a functioning movie theater. 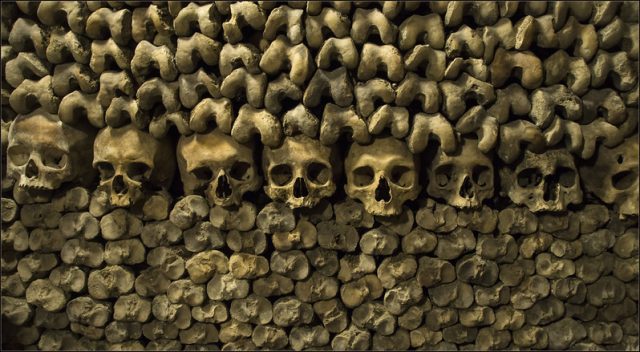 More from us: One of the creepiest cemeteries in London, Highgate Cemetery

There are those who visit for the paranormal factor, drawn by the many legends that have arisen over the centuries. One tale speaks of disembodied voices that lure tourists deeper and deeper into the Catacombs until they get lost.