Missing Two Amendments Added to the Bill of Rights

Any bill that is laid before the government has to pass through a process before it can be ratified into law.  This was true as far back as 1789 when the Congress approved a Bill of Rights that contained twelve proposed amendments to the Constitution of the United States.

The first stage of the infant Bill of Right’s passage into law started with the drafting of the twenty amendments along with a preamble by James Madison.   Understandably, this proposed modification to the Constitution was debated long and hard by Congress and eventually the Bill was sent to the Senate with seventeen amendments.

The Senate also took their time to debate the amendments and their implications, ultimately revising the number of approved amendments to twelve.  The Bill was then sent to the states for ratification and two more amendments were rejected.  When returned to Congress, the final Bill of Rights was ratified on September 25, 1789.  At the same time, Congress decided that the amendments were listed at the end of the Constitution and not inserted, as James Madison requested, into the original articles.

The rejected amendments were originally the first and second amendments.  The original first amendment concerned a formula for the size of the House of Representatives based upon the population of the USA in 1789.  Unsurprisingly, this amendment would never be resurrected as it would make little sense with modern population numbers, the Constitution Daily reports.

The Bill of Rights is the collective name for the first ten amendments to the United States Constitution. Proposed to assuage the fears of Anti-Federalists who had opposed Constitutional ratification, these amendments guarantee a number of personal freedoms, limit the government’s power in judicial and other proceedings, and reserve some powers to the states and the public. Originally the amendments applied only to the federal government, however, most were subsequently applied to the government of each state by way of the Fourteenth Amendment, through a process known as incorporation. 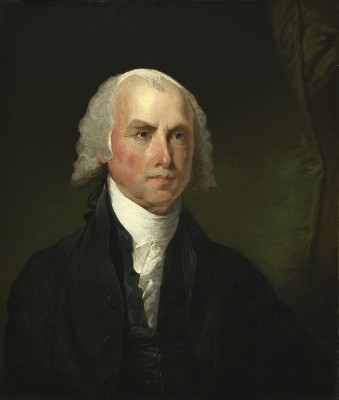 James Madison, “Father of the Constitution” and first author of the Bill of Rights. source

On June 8, 1789 Representative James Madison introduced a series of thirty-nine amendments to the constitution in the House of Representatives. Among his recommendations Madison proposed opening up the Constitution and inserting specific rights limiting the power of Congress in Article One, Section 9. Seven of these limitations would become part of the ten ratified Bill of Rights amendments. Ultimately, on September 25, 1789, Congress approved twelve articles of amendment to the Constitution and submitted them to the states for ratification. Contrary to Madison’s original proposal that the articles be incorporated into the main body of the Constitution, they were proposed as “supplemental” additions to it. On December 15, 1791, Articles Three–Twelve, having been ratified by the required number of states, became Amendments One–Ten of the Constitution.

On May 7, 1992, after an unprecedented period of 202 years, 225 days, Article Two crossed the Constitutional threshold for ratification and became the Twenty-seventh Amendment. As a result, Article One alone remains unratified and still pending before the states.

« Aerial Photography: One of the Most Common Archaeological Techniques
Experts Suggest that Stonehenge May Have Been Erected in Wales 500 Years Before Being Moved to Stonehenge »