Interesting photos glimpse into everyday life of The Combat Zone, Boston in the 1970s

The Combat Zone was the name given in the 1960s to the adult entertainment district in downtown Boston, Massachusetts. Centered on Washington Street between Boylston Street and Kneeland Street, the area was once the site of many strip clubs, peep shows, X-rated movie theaters and adult bookstores. It also had a reputation for crime, including prostitution.

During the Combat Zone’s heyday, some of the larger strip clubs were the Teddy Bare Lounge, the Two O’Clock Club, Club 66 and the Naked I Cabaret. Besides the strip clubs and X-rated movie theaters, numerous peep shows and adult bookstores lined most of Washington Street between Boylston Street and Kneeland Street. In 1976, the Wall Street Journal called the area “a sexual Disneyland.”

The name “Combat Zone” was popularized through a series of exposé articles on the area written by Jean Cole in the 1960s for the Boston Daily Record.The name had a double meaning: not only was the area known for crime and violence, but many soldiers and sailors on shore leave from the Boston Navy Yard would frequent the many strip clubs and brothels in uniform, giving the streets the appearance of a war zone 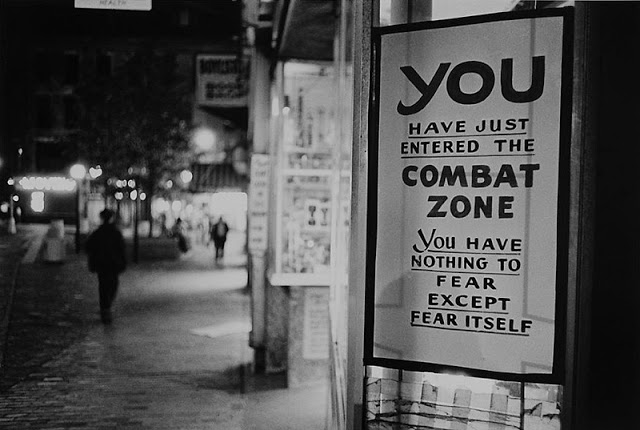 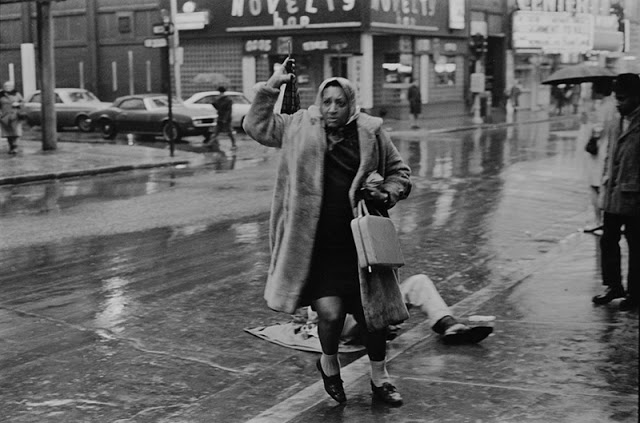 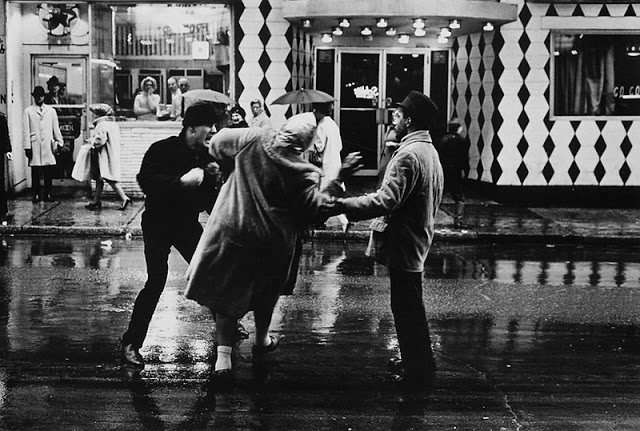 The Combat Zone began to form in the early 1960s, when city officials razed the West End and former red light district at Scollay Square, near Faneuil Hall, to build the Government Center urban renewal project. Displaced Scollay Square denizens relocated to the lower Washington Street area because it was only half a mile away, the rents were low, and the residents of nearby Chinatown lacked the political power to keep them out.

Lower Washington Street was already part of Boston’s entertainment district with a number of movie theaters, bars, delicatessens and restaurants that catered to night life. It was located between the classic, studio-built movie palaces such as the RKO-Keith andParamount theaters and the stage theaters such as the Colonial on Boylston Street.With the closing of the burlesque theaters in Scollay Square, many of the bars began to feature go-go dancers and later nude dancers.During the 1970s, when laws against obscenity were relaxed,many of the movie theaters then showing second-run films began showing adult movies 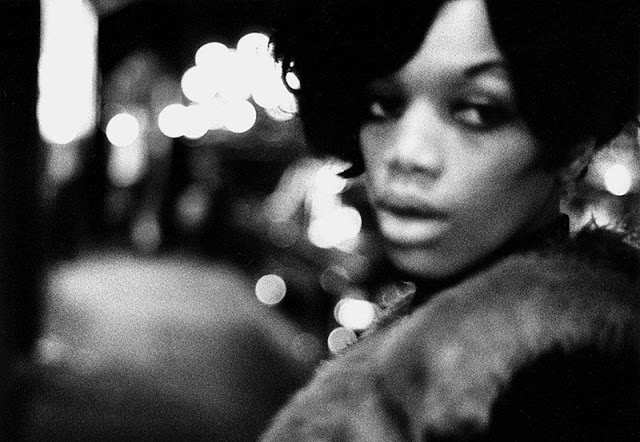 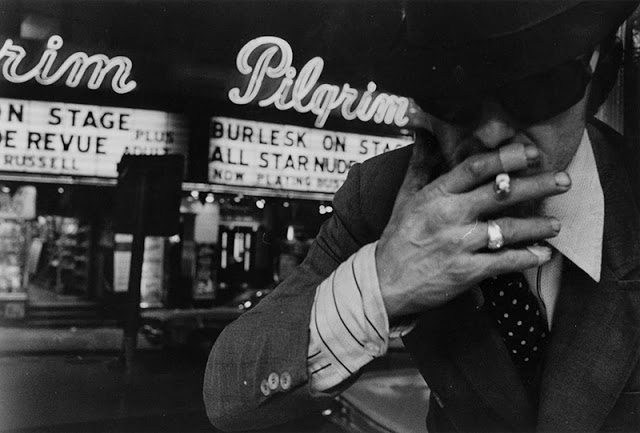 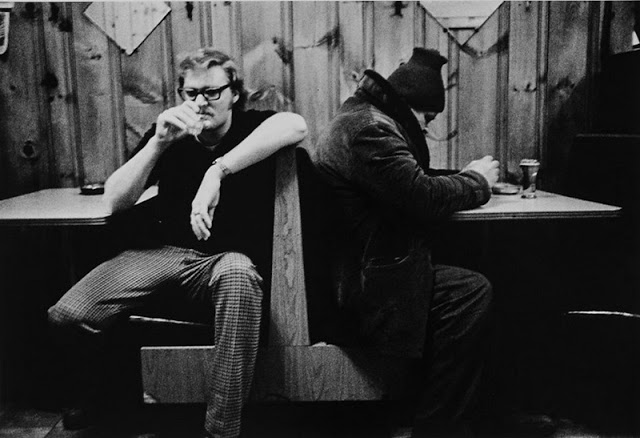 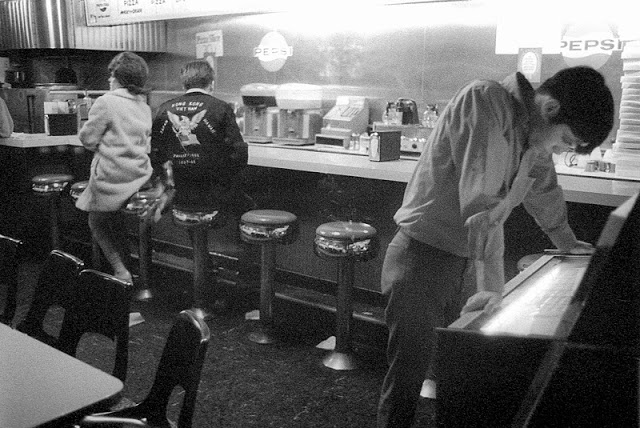 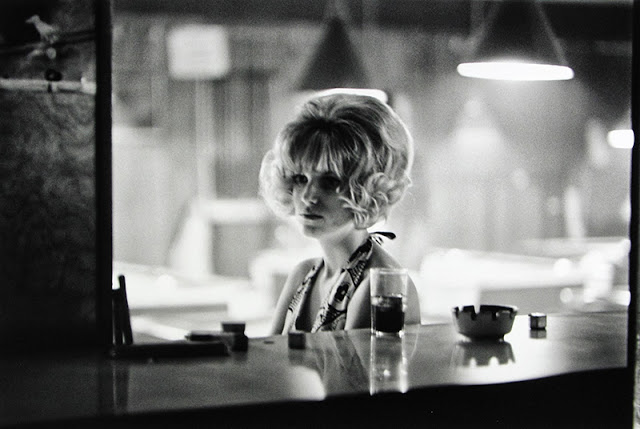 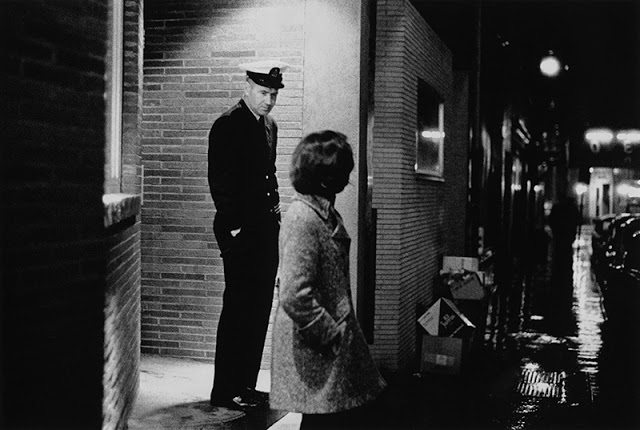 The prevailing attitude towards homosexuality at the time was one of intolerance. Lower Washington Street, by contrast, was known for many years as the “Gay Times Square”.As the area changed, that nickname fell out of circulation, but the Combat Zone’s relatively open atmosphere still attracted many LGBT people. Popular gathering spots included the Playland Café on Essex Street, the Stuart Theater on Washington Street, and many others. Nearby Park Square and Bay Village were home to several gay and drag bars, such as the Punch Bowl and Jacques Cabaret.

The Combat Zone’s detractors often grouped homosexuals, transvestites, prostitutes, strippers, purveyors of adult books and films, and drug dealers together under an umbrella of perceived immorality. Jeremiah Murphy wrote in a 1973 Boston Globe article about the Combat Zone, “Now it is almost 3 a.m. and the gay bars have closed and the fags and hookers and pimps and pushers roam the streets.” In a 1974 Boston Herald article, representatives of the Sack Theater Chain called the Combat Zone “Satan’s playground” and “a malignancy comprised of pimps, prostitutes, erotica, and merchants of immorality” whose growth had to be removed. As late as 1984 the Globe was referring to certain theaters in the Zone as “notorious gathering places for homosexuals.”

The Combat Zone was also racially diverse at a time when other Boston neighborhoods were relatively segregated. In his memoir, Jonathan Tudan recalls the tension in his Tremont Street building over news of an impending police raid in 1969. Along with the drug dealers and prostitutes, he writes, “mixed-race couples shacking up have begun to nervously doubt their freedom. 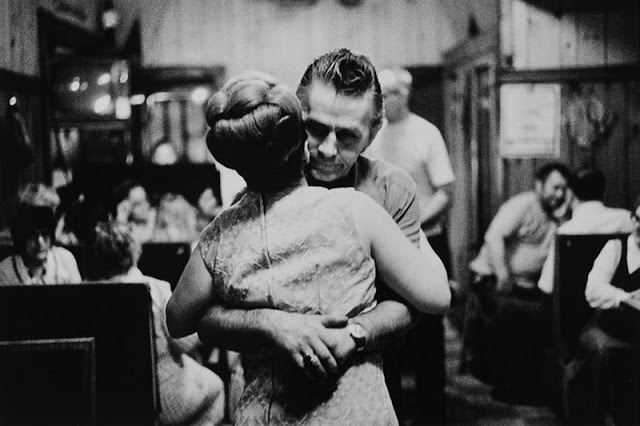 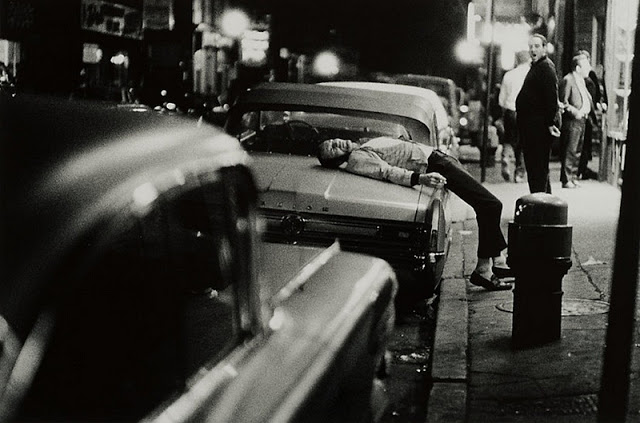 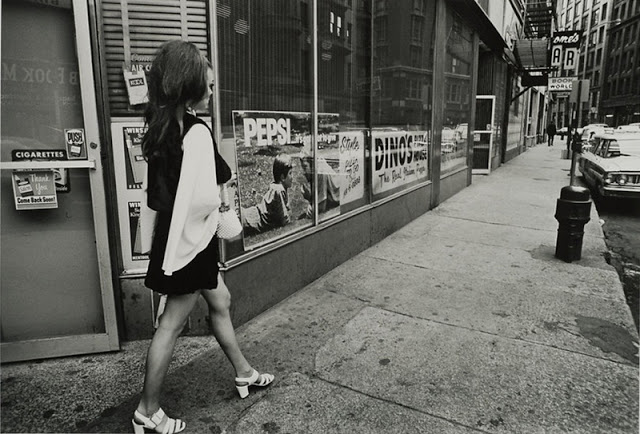 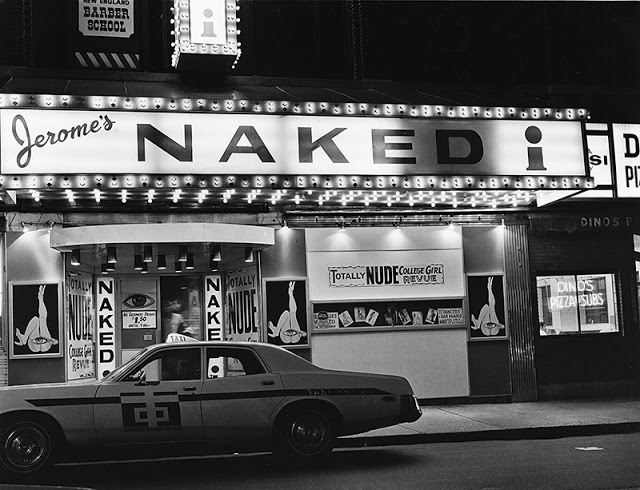 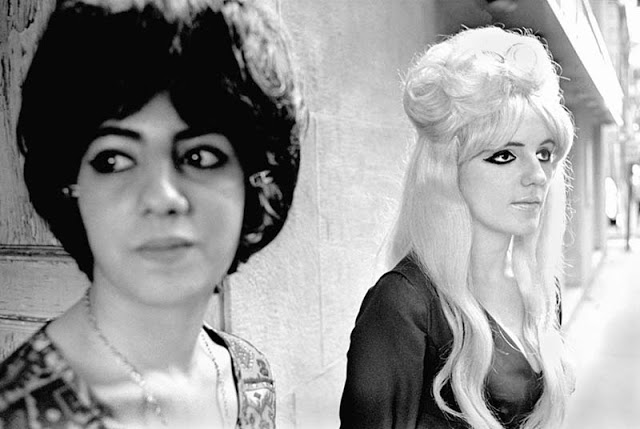 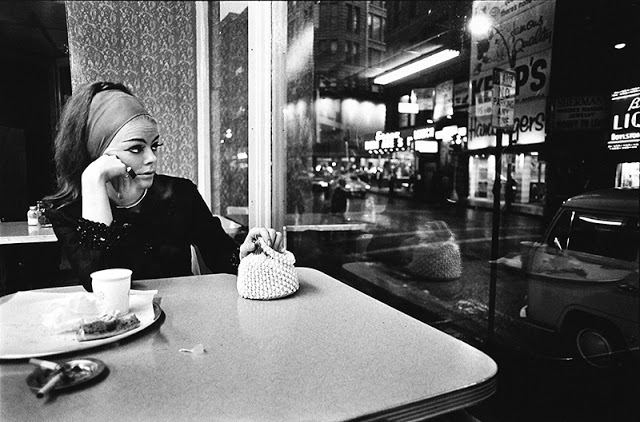 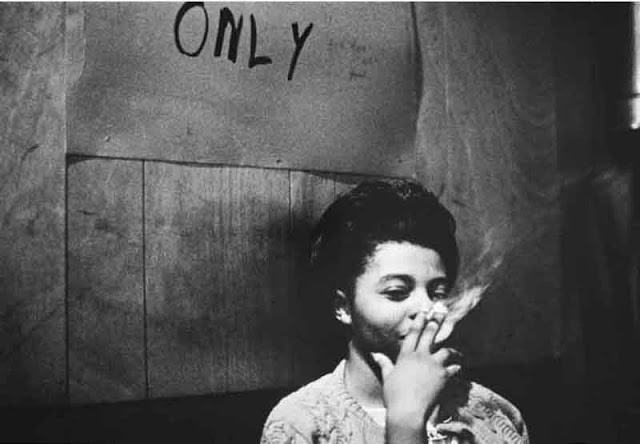 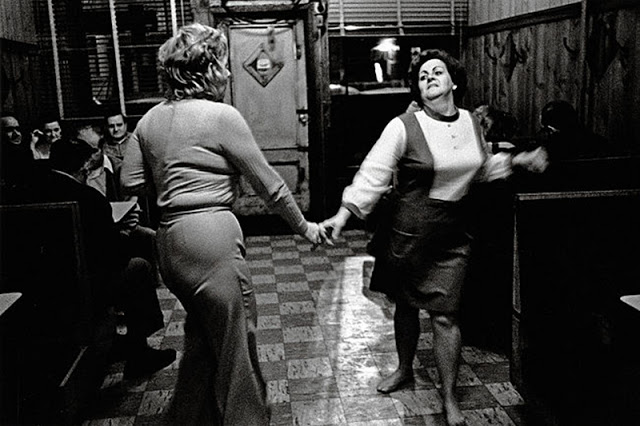 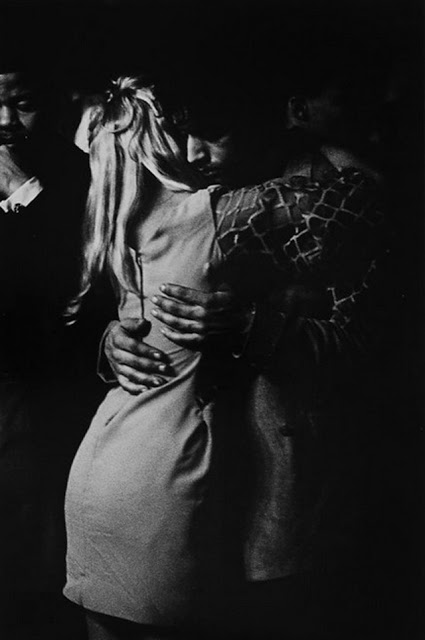 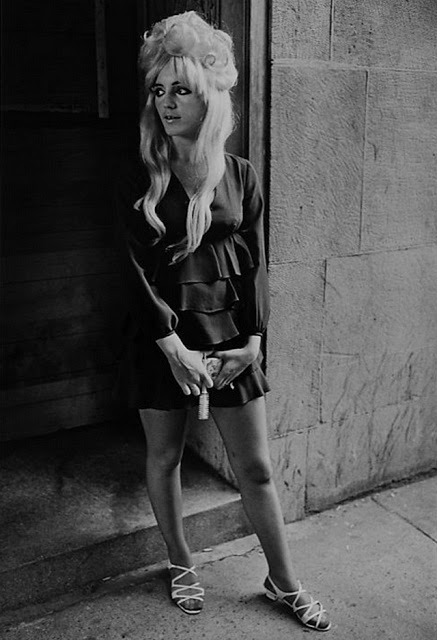 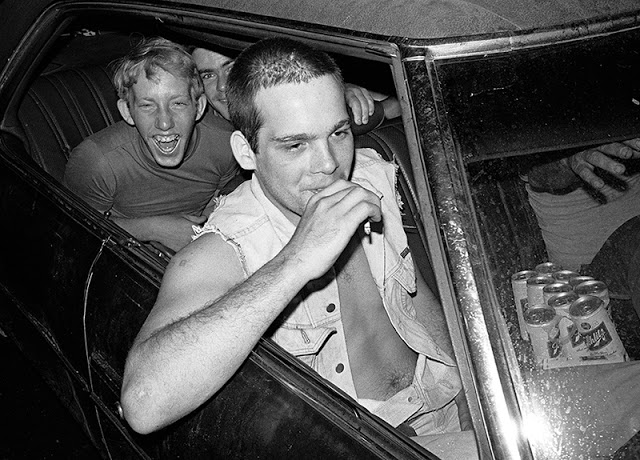 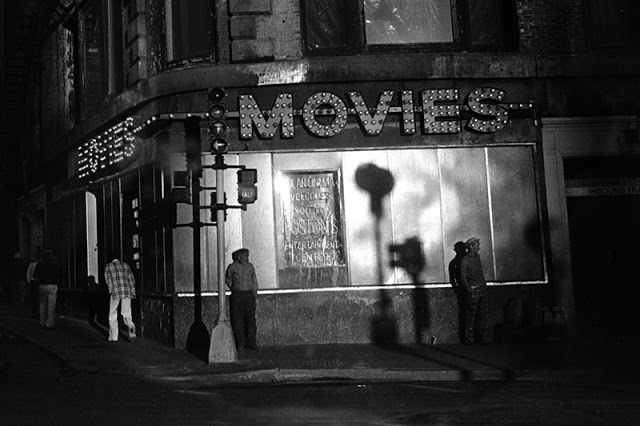